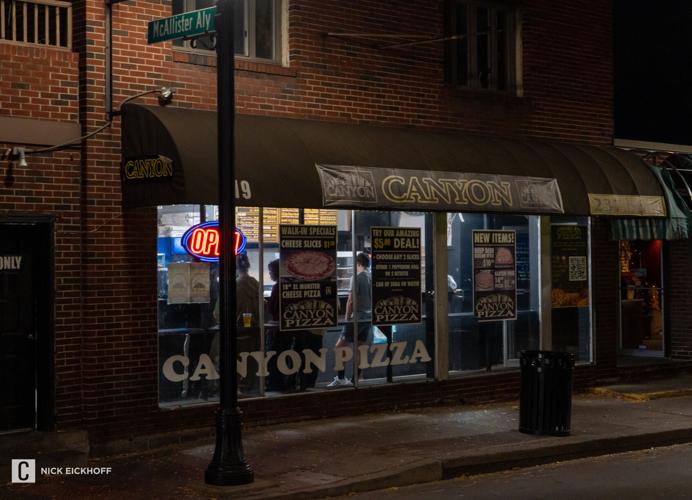 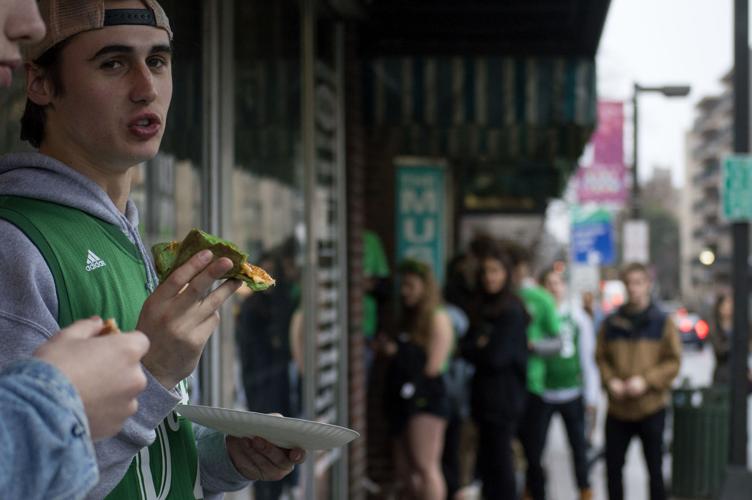 On Tuesday, Canyon Pizza on East Beaver Avenue was closed by the State College Borough Health Department for “numerous health violations,” according to Health Technician Brian O'Donnell, and Penn State students had a wide variety of thoughts on the situation.

Canyon Pizza, founded by Greg Nau and Tony Capaccio, had been in operation since 2001.

Student Edwin Navarrete said he was “shocked” to hear the news, because Canyon is “almost like a staple to people who go [to Penn State.]”

“I would assume because so many people go there that they’d be strict on having it clean,” Navarrete (senior-animal science) said. “It’s pretty surprising that this happened.”

On the other hand, Bogdan Ivanov wasn’t as surprised and said he thought these violations wouldn’t change students’ perceptions of Canyon.

“I think a lot of students were aware that it was not up to date with all of those [health code violations,]” Ivanov (junior-biology) said. “But they were still fine with it because first of all, it’s cheap food.”

Ivanov said college students are “on a tight budget,” which leads them to Canyon.

Canyon was visited by college students during its business hours from 11 a.m. to 2:30 a.m. Sunday through Wednesday and 11 a.m - 3:30 a.m. Thursday through Saturday.

“The fact that it’s open late night is convenient for people to go — especially to go on weekends,” Ivanov said. “Freshman might not care, but for the older students like sophomores, juniors [and] seniors who do have experiences there, it holds that sentimental value.”

Sol Ferrari suggested potential changes the restaurant could make upon its potential return.

“Maybe they should change the way they do stuff by changing the management — or changing the rules,” Ferrari (senior-energy engineering) said. “Maybe rebranding the whole thing — changing the name, adding more options, getting the food [and] ingredients from other places.”

Ryan Fella last ordered from Canyon during the Penn State vs. Ohio State football game on Oct. 29. He described his and his friends’ feelings toward the State College staple.

“I have a lot of friends that like Canyon Pizza,” Fella (junior-management) said. “They consider it ‘drunk pizza,’ but some of them actually enjoy it… It’s decent pizza for the price.”

“The $5 deal — me and Orla would split it — it’s perfect for two,” Nybro (junior-accounting) said. “I don’t even know where I’m gonna go to get pizza for quick and cheap.”

But what makes Canyon special to some students isn’t the food, pricing or convenience; rather, it’s the employees.

“Honestly, it’s the atmosphere that we like the most... the workers there — they were just so nice,” Appleton said. “We went so much that we got to know them by name.”

Appleton also said that at times, the employees would even take song requests to make the wait in line more enjoyable.

At this time, it’s unclear how long Canyon Pizza will be closed, but some students said they hope it will return before the spring semester.

“We just hope that whatever health problems they have, hopefully they get cleaned up soon,” Nybro said. “A lot of my friends were talking, and they know that we love Canyon Pizza — and they do too.”

In March 2022, the U.S. Senate began the process to pass the Sunshine Protection Act. This bill makes the spring forward in 2023 permanent and…