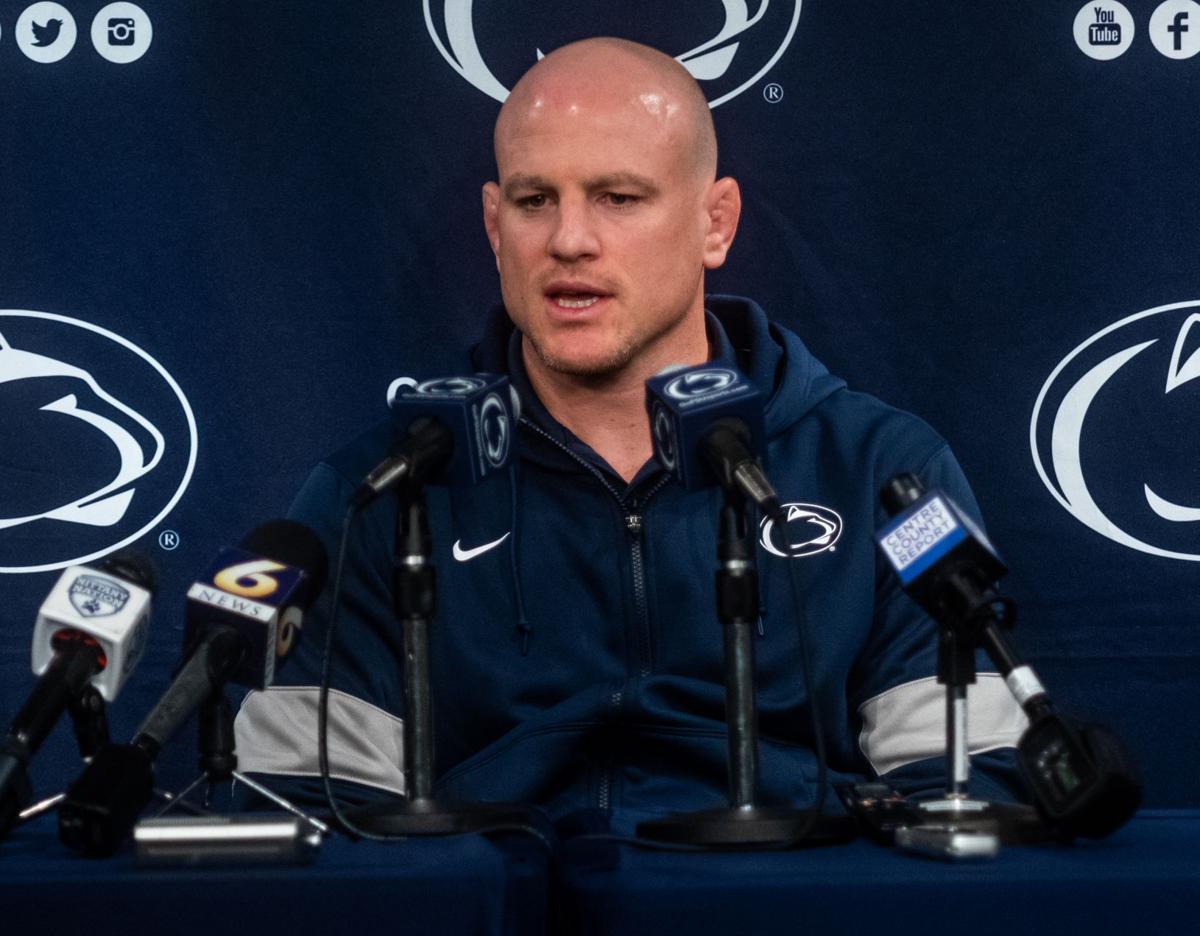 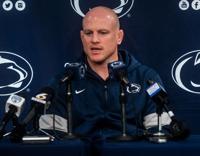 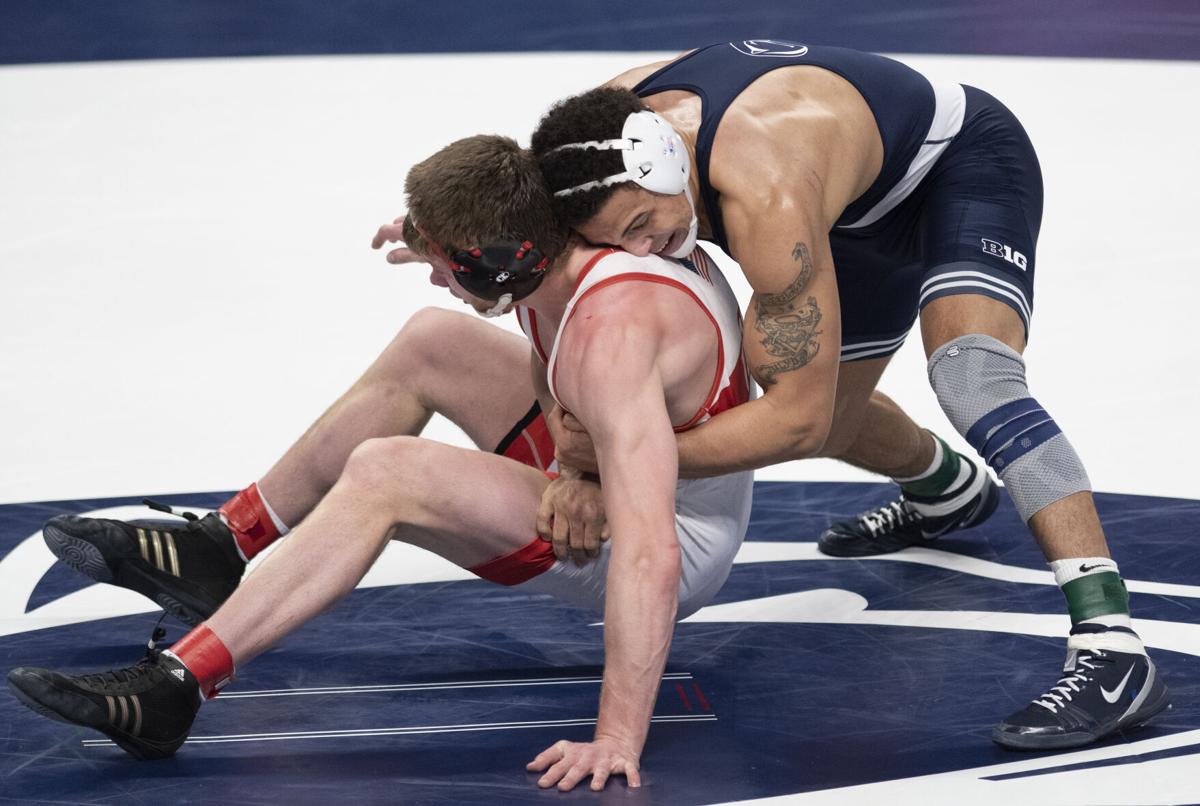 Penn State’s Aaron Brooks wrestles Nebraska’s Taylor Venz in the 184-pound at the Big Ten Wrestling Championship on Sunday, March 7, 2021 at the Bryce Jordan Center in University Park, Pa. Brooks won 10-5 by decision and placed first overall for the 184-pound. 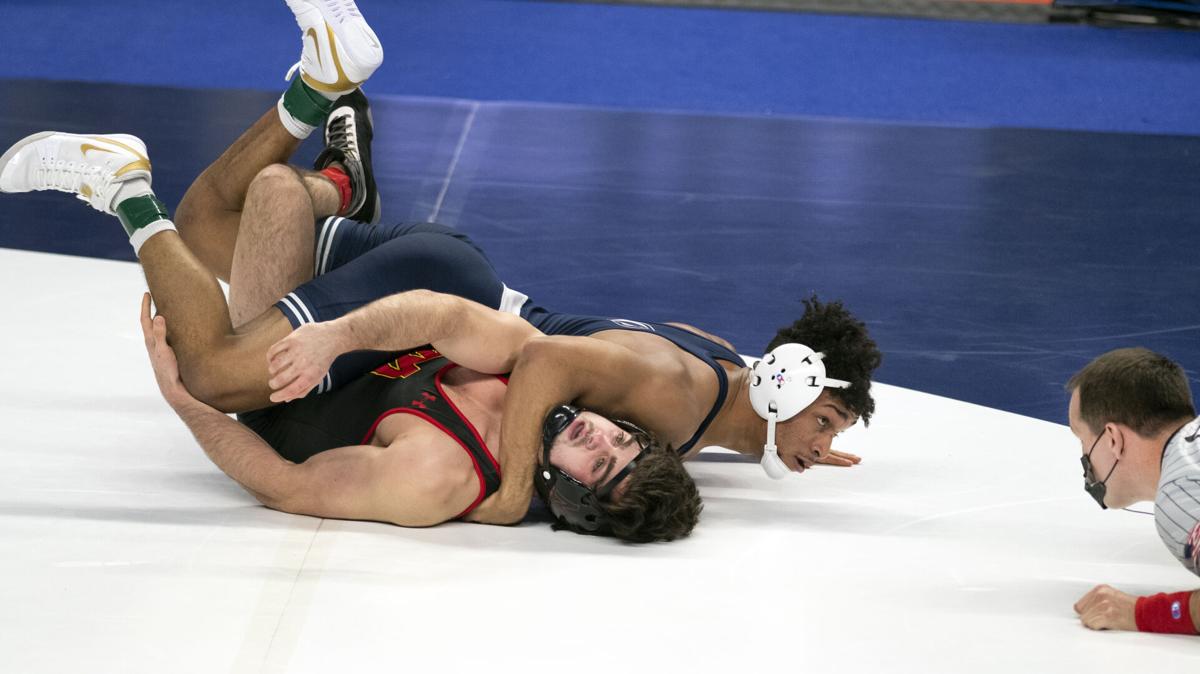 The list of things Penn State wrestling has become known for in the 12 years of Cael Sanderson's tenure runs the gamut.

Take your pick — propensity for bonus points, freshmen performing well, selling out Rec Hall, winning dual meets and everything in between — they're all on the checklist of what Penn State does well and are just some of the things that have come to define the program over the last decade plus.

But there's one point of emphasis for which Penn State is nearly universally known and has become the team's brand: its ability to win the biggest matches on the biggest stages with regularity.

It's something Sanderson stresses to his wrestlers and something they've bought into. It was evident this weekend as Penn State went 4-for-4 in NCAA title bouts at this year's NCAA Tournament.

"It’s a great representation of our program coming into the finals going 4-for-4," Aaron Brooks said. "In the biggest matches we come forward, we look to win and score points.”

Brooks himself did just that as the sophomore claimed his first NCAA title by knocking off NC State's Trent Hidlay with a 3-2 decision to cap off Penn State's perfect performance in the finals.

A sophomore from Hagerstown, Maryland, Brooks did much of the aforementioned, as he's had both success as a freshman and demonstrated a knack for getting bonus points in his career.

He won a Big Ten title at 184 pounds last year and followed that up with a Big Ten and national title this year.

It's good for all parties involved — Penn State, its wrestlers, its coaches, its fans — when the team is successful.

And sure, having four national champions in one year helps bolster the program's bona fides as one of the nation's preeminent dynasties.

It also has a residual effect that Sanderson takes seriously.

"My job as a head coach is that I want to see those guys happy. I want to see them smiling, and you want them to win obviously because that's gonna make them happy," Sanderson said. "But there's that bigger picture of their persona, their attitude and their focus and just making sure they're thinking about things in the right way.

“Winning just adds to that, because it's just something they've been dreaming about since they were little kids."

Sanderson's had a lot of happy wrestlers over his 12 years leading Penn State, with his wrestlers claiming 27 NCAA titles and 32 conference titles.

He's also rattled off a dual meet winning streak that at its apex reached 60 consecutive matches and has won 158 matches while at the helm of the Nittany Lion program.

So it's clear that winning has become par for the course and then some at Penn State.

That's why when it doesn't happen, Sanderson gets particularly emotional.

"As a coach, you just expect to win. I just believe our guys are gonna win. So when they don't win or somebody doesn't reach their goals, your heart's always with them, so it's tough to enjoy the moment," Sanderson said. "Whether you win as a team or not, because we are a team of individuals — obviously the team aspect is priority No. 1 — but your heart's always with the kids that don't reach their goals, especially the ones that do everything right and work hard."

It was a strong showing for Penn State, as the Nittany Lions finished second in the team race behind Iowa, but it snapped Penn State's streak of four consecutive national titles.

Sanderson said it speaks to the caliber of Iowa's team that the Nittany Lions crowned the most national champions of any team and still fell short of winning the team title.

And while he said losses are important as a learning tool, he knows just how tough winning individual NCAA titles can be, so he's being sure to celebrate that.

"When you have four guys win, you've got to enjoy it because — I don't want to say easily because I don't want to disrespect our guys — but you can go 0-for-4 in the finals and still wrestle well," Sanderson said.

While the Nittany Lions didn't have to worry about going 0-for-4 in the finals and everyone wrestled well, it was one of the freshmen in Carter Starocci who turned in one of the most impressive performances.

Starocci joined Vincenzo Joseph and Mark Hall as just the third freshman to win a national title for Penn State.

For that reason alone — unparalleled freshman success and rising to the occasion — he fits the mold of a Penn State wrestler during the Sanderson era.

But as Brooks will tell you, Starocci's success shouldn't come as a surprise.

“He’s so resilient in his confidence and his ability to stay calm. He’s wrestling a veteran in the finals and they go into overtime," Brooks said. "He’s still able to stay composed and was looking to score. That kind of stuff is rare. He’s always ready.”

Starocci is part of the youth movement for Penn State, and though the Nittany Lions fell short of the team title, he knows Penn State will once again return to the top of the wrestling world.

And if Starocci, Sanderson and others have it their way, it'll be sooner rather than later.

The #KeepStanfordWrestling movement needs to extend beyond Stanford | Opinion

To be the coach of an Olympic or traditionally non-revenue sports team at the Division I level is an unenviable task at the moment.