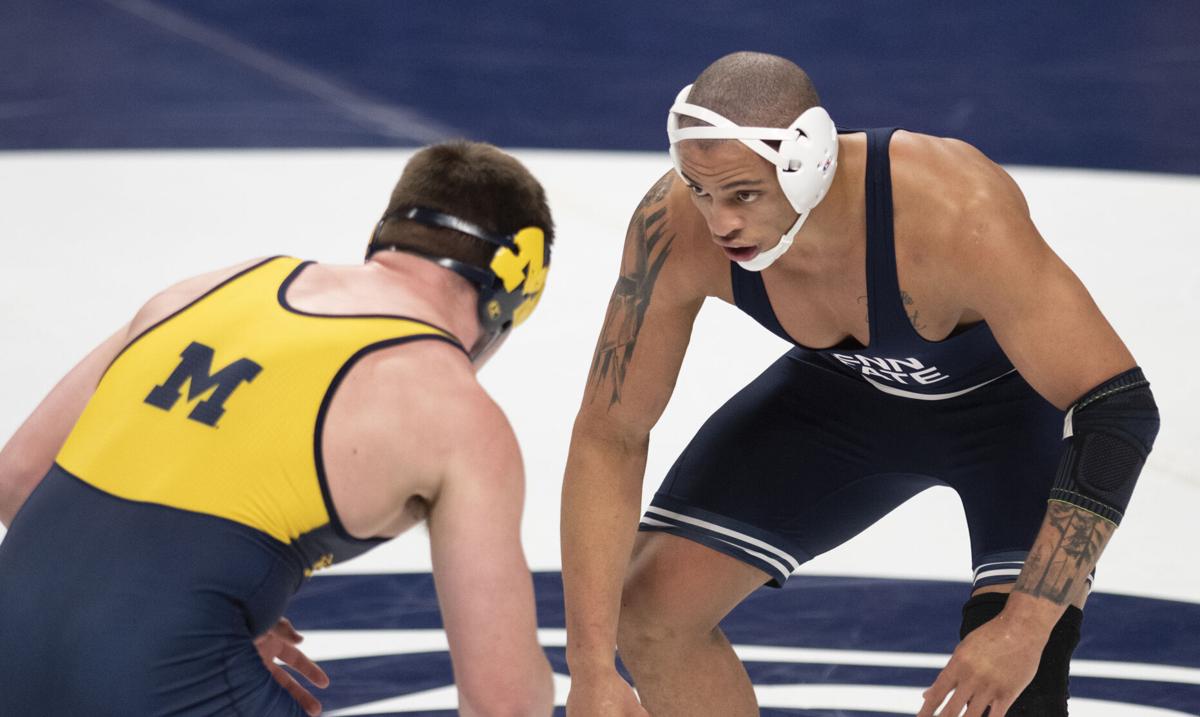 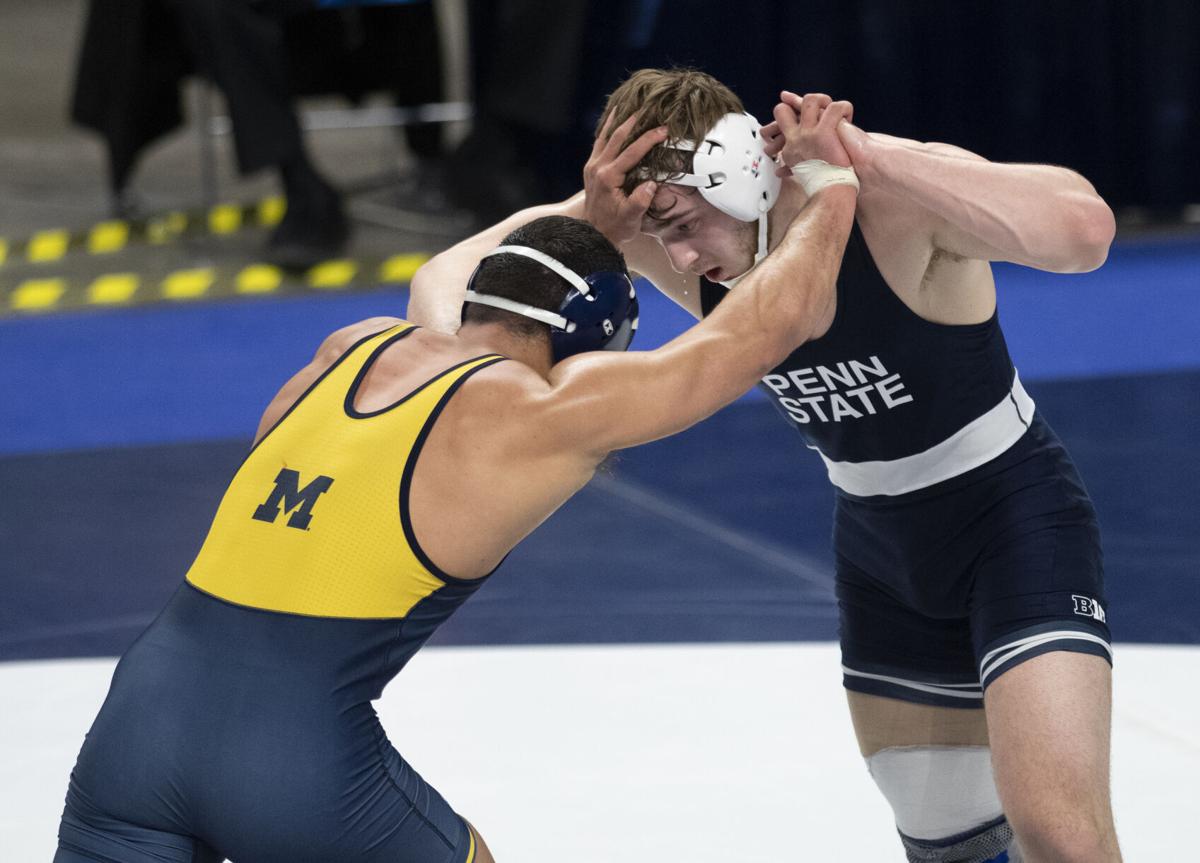 When looking at the Big Ten from the outside, two behemoths instantly grab nearly everyone's attention — Iowa and Penn State.

The two historic programs finished first and second, respectively, in the Big Ten during the 2020-21 wrestling season and finished in the same order on the national stage.

With the vast majority of athletes returning due to extra eligibility implemented because of the coronavirus, all eyes will once again be on these two perennial powerhouses.

That being said, the Big Ten is not devoid of talent outside of these two programs, and in fact, may see a third, or even fourth, team rise toward contention for a conference championship.

The Hawkeyes are undoubtedly the team to beat this season in the Big Ten after returning all of their key pieces from last year’s dominant squad.

Behind the Hawkeyes, Penn State would immediately come to mind when discussing the second best team in the Big Ten, especially after an impressive display at the NCAA Championships where Cael Sanderson’s athletes went 4-for-4 in title matches and defeated two Hawkeyes in the process.

This year, there may be a third team that challenges the two alpha dogs of the conference — the Michigan Wolverines.

The Wolverines may not have quite the level of star power that the blue and white possesses, but coach Sean Bormet’s team does have a good amount of depth to go along with top-level talent at a few weight classes.

Looking at Intermat’s preseason rankings, Penn State sits at No. 2 in tournament competition, largely thanks to its four returning national champions.

However, when looking at dual meet rankings, the Nittany Lions drop two spots to fourth.

That No. 4 ranking is just one spot above Michigan and goes to show that several members of the wrestling community have concerns about depth for the blue and white and believe the team may struggle to match up with top programs across all weight classes combined.

Michigan may be one of those teams that stands no chance to surpass Penn State in points in a tournament setting, but the Wolverines just might have a chance to pull off an upset against the Nittany Lions in a dual setting.

As the blue and white travel to Michigan early in the season, some of Penn State’s younger wrestlers may be at a disadvantage when faced with a hostile crowd in Ann Arbor.

There are three wrestlers that sit firmly atop the roster for the maize and blue.

Amine entered the match with Ferrari undefeated on the season, winning the Big Ten title in the process, despite only wrestling three times prior to the tournament due to injury.

The graduate student would also earn All-American status by claiming third at NCAAs.

Amine will certainly look to build off of his success this season as a favorite on both the conference and national level, despite making the move down to 184 pounds.

The younger Amine also earned All-American honors during the 2020-21 season, taking seventh place at 165 pounds in the NCAA Championships.

Amine picked up a win over then-No. 6 Joe Lee when the Wolverines hosted the Nittany Lions, a matchup that the middle Lee brother will surely be anticipating during the ensuing season.

The top finisher for Michigan at the 2020-21 NCAA Championships was senior Mason Parris.

Parris impressed in his third season with the maize and blue, going 12-2, with his only losses stemming from two title matches against a generational talent in Minnesota’s Gable Steveson.

Parris will once again attempt to keep a stranglehold on Big Ten heavyweights alongside Steveson, as the pair appeared to have little competition within the conference ranks last season.

The Lawrenceburg, Indiana, native proved why he deserved to face off with Steveson in the finals of last year’s conference championship tournament, securing an 11-3 victory over Nittany Lion Greg Kerkvliet in the quarterfinals and pinning Iowa’s Tony Cassioppi in just 58 seconds during the semifinals.

Less successful than several of his other teammates thus far, redshirt junior Will Lewan has the experience to take a step up this season and make an impact for the Wolverines.

Up until this year, James Franklin had only earned one Penn State commitment from a Texas re…

Despite failing to break through at the tournament level during the 2020-21 season, Lewan posted a 5-1 record during dual meets, falling only to Penn State’s Brady Berge, who has since retired from wrestling.

According to Intermat’s preseason rankings, Lewan is projected to be the fifth-best wrestler in the Big Ten at 157 pounds, behind only Northwestern’s Ryan Deakin, Minnesota’s Brayton Lee, Iowa’s Kaleb Young and Purdue’s Kendall Coleman.

Rounding out the upper end of the talent on Michigan’s roster is Patrick Brucki.

Brucki, a graduate student, did not wrestle last year in his first year with the Wolverines after transferring from Princeton.

Prior to enrolling at Michigan, Brucki took fourth at the 2019 NCAA Championships at 197 pounds before posting a 21-5 record during his junior season at Princeton.

Brucki’s place in the Big Ten 197-pound hierarchy could be an interesting story to watch, as the weight class lacks a defined favorite.

Iowa’s Jacob Warner may have a slight leg up on the conference after taking fourth in the NCAA Championships last spring.

As for the Nittany Lions, they have a predicament at 184 pounds. Transfer Max Dean has wrestled at that weight class throughout his time at Cornell.

This creates a problem on Penn State’s roster, as reigning national champion Aaron Brooks currently occupies that weight, while another national champion in Carter Starocci has a firm hold at 174 pounds, the weight class directly beneath 184.

This may lead to Penn State’s newest transfer addition bumping up to 197, where he will also offer strong competition to both Warner and Brucki and bring championship experience and significant talent to the weight class.

Overall, Michigan may lack some of the star power that both Iowa and Penn State possess.

However, it is depth and experience that is the star of the show for this Michigan squad — a luxury Penn State does not possess at every single weight class.

Kyle Snyder has won the silver medal at the World Wrestling Championships, losing 6-0 to Rus…

Former Penn State wrestler Brady Berge’s journey as star on the mat, conquering trials off of it

Injuries are a part of sports, and while they can be healed, sometimes they have the ability of taking athletes’ career aspirations with them.