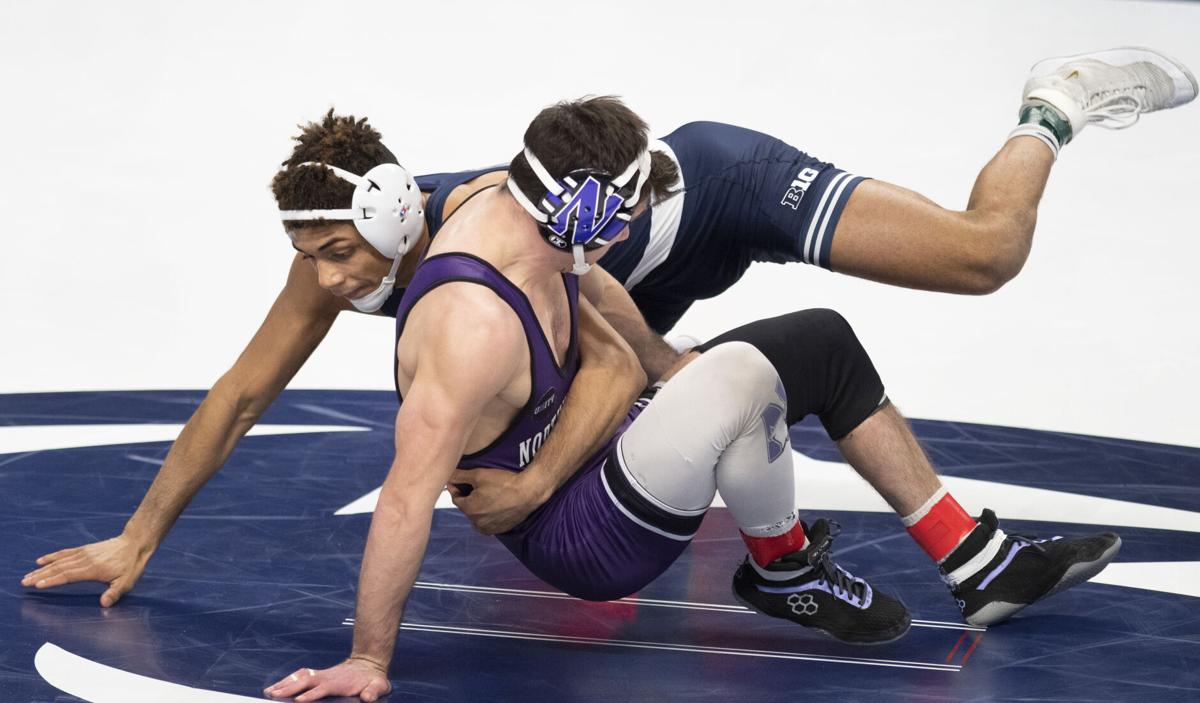 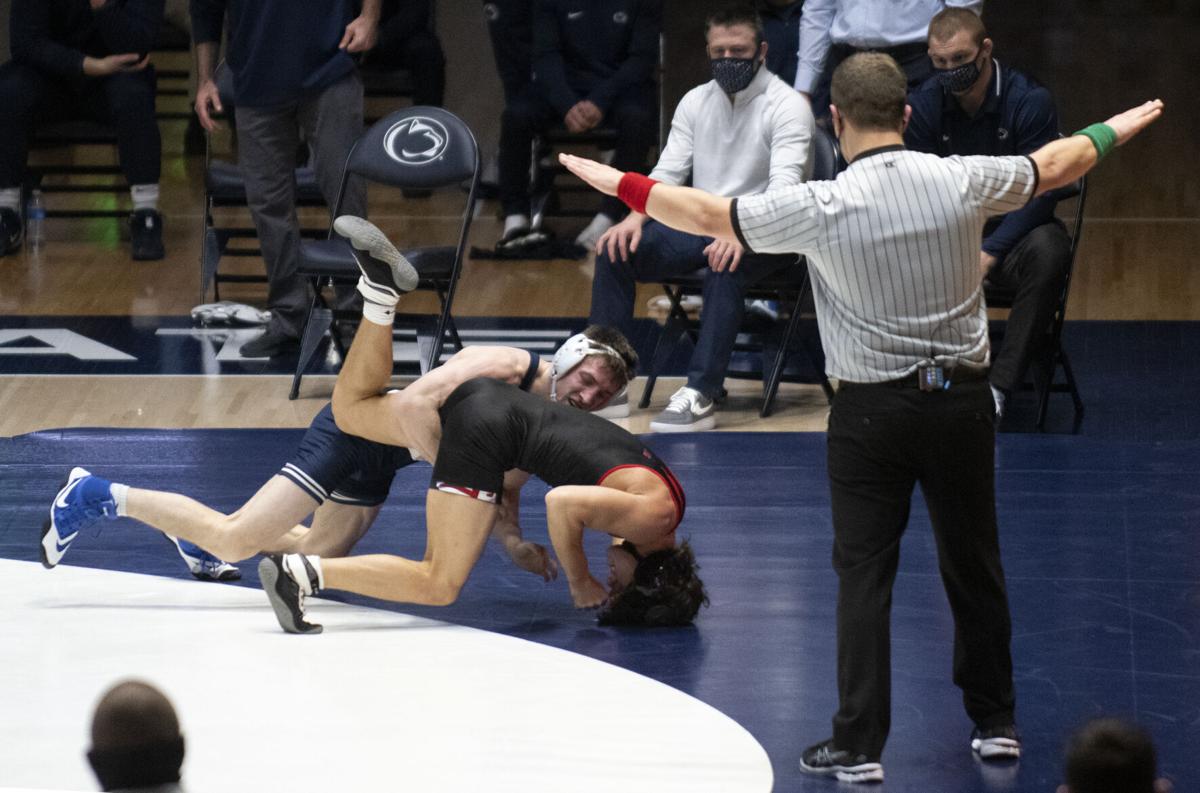 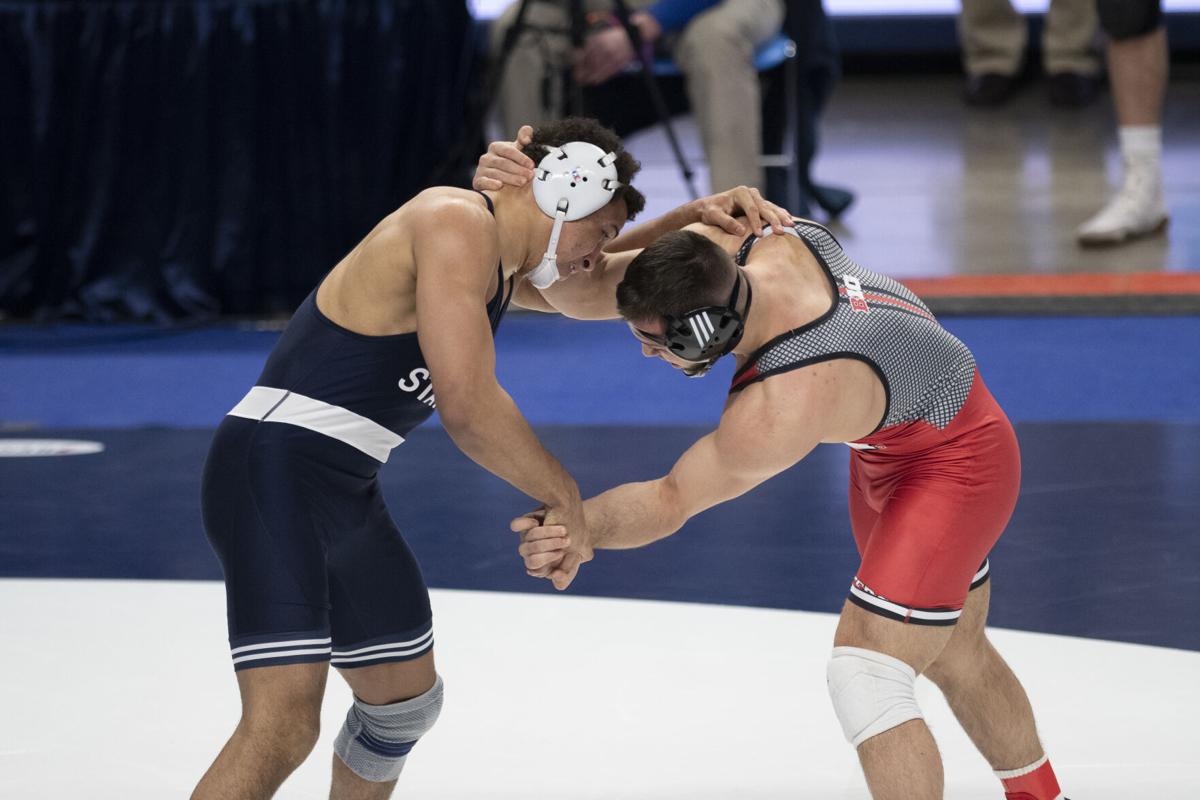 Correction: A previous version of this article stated former wrestler Austin Boone was a current student. This is incorrect. The Daily Collegian apologizes for this error.

After a so-called “rebuilding year,” which saw the program produce four national champions and place runner-up in the national wrestling championships, Penn State is primed and ready for another season at the top of the collegiate level.

Here is an early look at what Cael Sanderson’s starting lineup may look like when Penn State takes on Oregon State and Sacred Heart on Nov. 13.

Sophomore Robbie Howard arrived on the scene in the later portion of last season.

Despite missing the first three meets of the season, the then true freshman would establish himself as the Nittany Lion’s top man at the 125-pound weight class.

After wrestling in both the Big Ten Championships and NCAA Wrestling Championships, Howard would post an overall record of 7-6.

Entering just his first full season at the collegiate level, Howard should begin the season as Penn State’s 125-pounder.

Bravo-Young will enter this season as one of the top wrestlers in the nation coming off his national championship last season.

Last season, Bravo-Young posted a perfect record of 14-0 and claimed both his first Big Ten title and national title.

The junior will look to reclaim his title next season and will enter the season at the top of the 133-pound weight class.

Once Lee announced that he would return to Happy Valley for the 2021-22 season, it was all but certain that he would once again be a staple in Sanderson’s starting lineup.

Lee was the second of four Nittany Lions to take home a national title last season.

This will mark his fifth season at Penn State, and he is just three wins away from 100 career victories as he looks to cement himself as one of the most successful wrestlers in program history.

Last season, no single Nittany Lion was able to gain a firm hold on the 149-pound weight class.

However, it was Bartlett who was given the starting nod at the Big Ten Championships as a true freshman.

In the offseason, Bartlett accomplished an impressive feat as he took home a bronze medal at the United World Wrestling Junior World Championships at 65 kilograms.

Given Sanderson’s apparent confidence in the young wrestler, and the statement he made on the world stage, Bartlett has as good a shot as anyone to start the season at 149 pounds for Penn State.

After Brady Berge announced that he was stepping away from the sport due to his injury-riddled career, Penn State had a glaring hole to fill in its lineup at 157 pounds.

While Sanderson will have a number of options at his disposal, redshirt sophomore Joe Lee is the most experienced of the bunch.

In what was his first official season, Lee saw mixed results at 165 pounds, and a drop in weight class could prove beneficial for the young wrestler.

However, Lee’s time on the mat there would be short-lived, as he would be eliminated from the tournament after dropping his first two bouts.

In his first season at Penn State, Lee posted a 6-7 overall record.

If Lee struggles at 157 pounds, sophomore Aurelius Dunbar and possibly Barraclough, if he were to move up a weight class, are names to watch.

While Joe Lee represented Penn State at 165 pounds last year, but after an up-and-down season top-recruit Alex Facundo just might be the long-term solution at the weight class.

Facundo was the top-ranked wrestler at 170 pounds in high school, but with Starocci locked in for the foreseeable future at 174 pounds, the 165-pound weight class appears to be the logical landing spot for the incoming freshman.

The Michigan native is regarded by TrackWrestling as the second-overall recruit in the 2021 recruiting class and has the opportunity to make an immediate impact for the Nittany Lions.

Starocci solidified himself as one of the top college wrestlers after his upset victory over the No. 1-seeded Michael Kemerer at the NCAA Wrestling Championships last season to claim his first national title.

In just his first official season at Penn State, Starocci compiled a win-loss record of 14-2.

Barring an injury, Starocci will be locked into Sanderson’s lineup at 174 pounds all-season long.

No surprise here, Brooks will hold things down at the 184-pound weight class.

Since he first suited up for the Nittany Lions two seasons ago, there have been few more consistent than Brooks across the sport.

In his two years, Brooks is a two-time All-American, an NCAA champion and a two-time Big Ten champion.

Max Dean is the lone transfer on this list and carries with him two years of experience, but the former Cornell wrestler brings with him an impressive track record and one that should fit perfectly in Happy Valley.

At Cornell, Dean had an impressive record of 56-12. While he did not wrestle last season, Dean finished eighth overall and runner-up at 184 pounds in the 2018 and 2019 NCAA Tournaments, respectively.

Given his previous success, Dean very well could get the starting nod over last year’s starter at 197 pounds, Michael Beard who finished sixth overall at last year’s NCAA Wrestling Championships.

Greg Kerkvliet appeared in only two bouts outside of postseason action last year but displayed why he was previously considered to be the top recruit coming out of high school in the class of 2019.

In his limited action, the Ohio State transfer compiled a record of 10-4 including a seventh-overall finish in the NCAA Wrestling Championships.

Kerkvliet expects to be the Nittany Lions starter at heavy weight for many years to come.

After playing nine games this season and ahead of its second Big Ten opponent of the year, Penn State finds itself sitting with a record of 5-3-1.