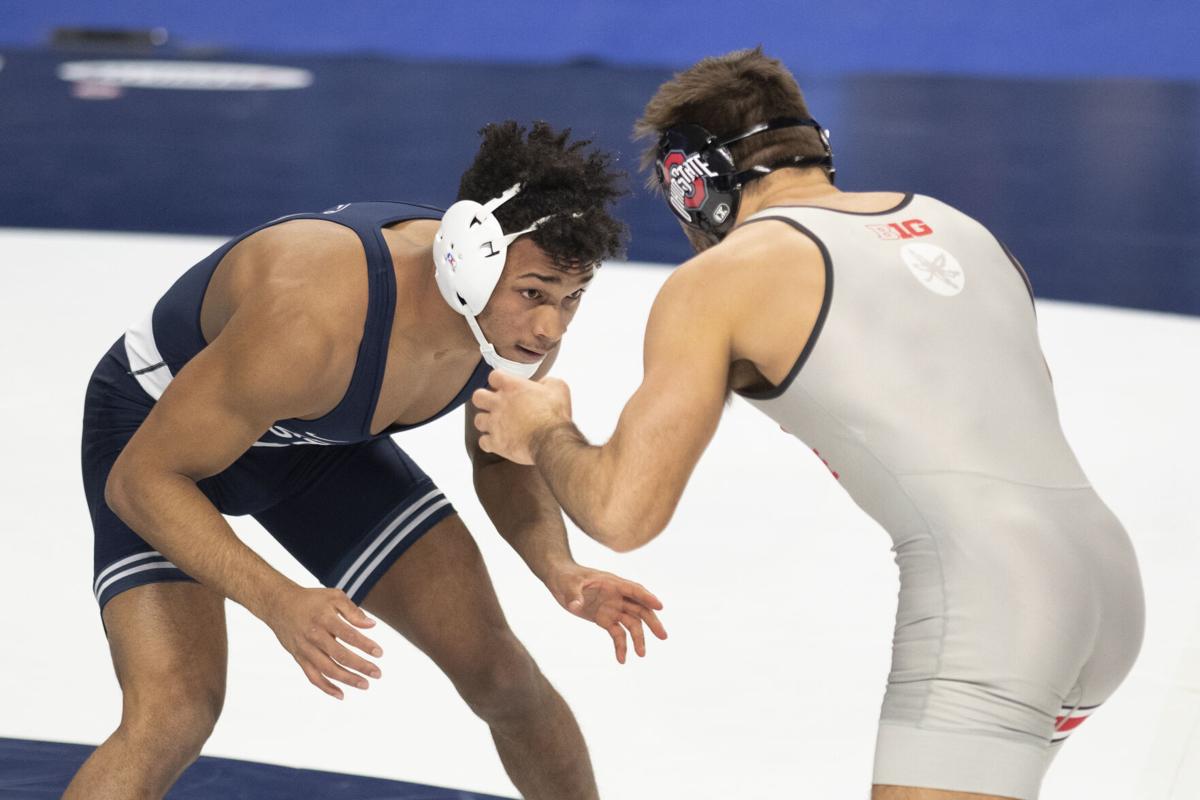 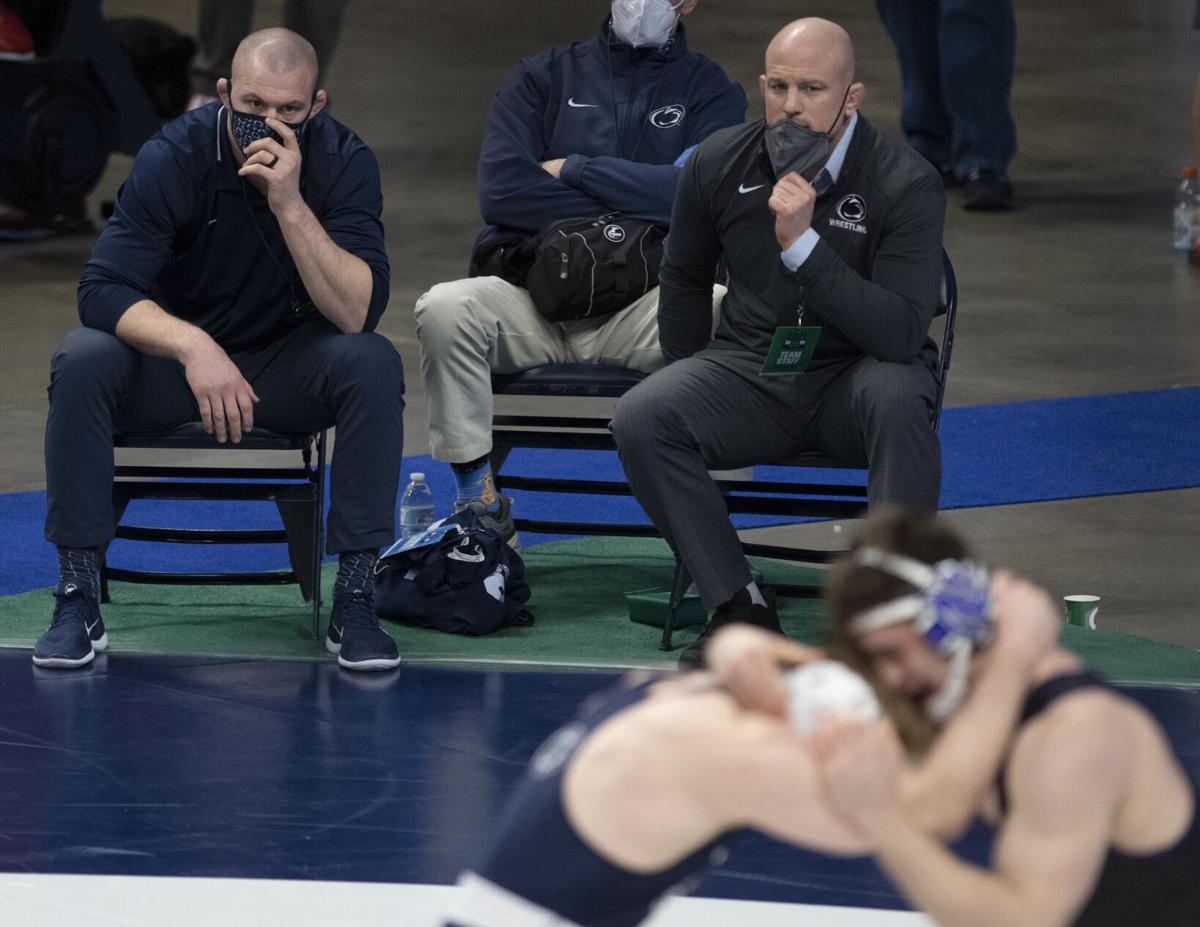 While football may still be at the forefront of many Penn State fans’ minds, the 2021-22 wrestling season is slowly inching closer.

Fans may have nearly four months to wait still, but they now have some light at the end of the tunnel following the release of the 2021-22 Big Ten wrestling schedule.

With that in mind, here are some of the top matchups to look forward to on a week-by-week basis during the Big Ten regular season.

While the following matchups are informed predictions, athletes can change weight classes as the season approaches and rosters are shaken up, so it’s likely some of these scenarios won't occur while other new matchups will arise.

The first day of the 2021-22 Big Ten wrestling season will feature 10 of 14 teams in the conference in action.

Highlighting the day will be a showdown between Minnesota and the defending conference champions, Iowa.

The heavyweight matchup will arguably be the most anticipated showdown of the day, as the Olympic gold medalist, senior Gable Steveson, will make his return to the Big Ten mat for the Gophers to take on junior Tony Cassioppi.

The second week of action will bring about one of the conference’s most fierce rivalries, as Michigan will travel to Ohio State to take on the Buckeyes.

A showdown between neighboring foes will be the feature in Week 3, as Penn State will welcome Rutgers to Rec Hall.

This matchup will put several high-caliber wrestlers in the spotlight, with several of the nation’s top wrestlers making appearances.

At 141 pounds, one of the premier matchups of the regular season will take place, as the Nittany Lions’ fifth-year senior Nick Lee will battle against fellow graduate student Sebastian Rivera, who he defeated in last year's 141-pound NCAA semifinals.

The 174 and 184-pound bouts will both feature top-10 showdowns according to preseason rankings from Intermat.

The 184-pound matchup will have the blue and white’s fourth and final national champion, junior Aaron Brooks, squaring off against freshman John Poznanski.

Week 4 is jam-packed with high-level contests including Michigan vs. Rutgers, Nebraska vs Northwestern and Michigan vs. Minnesota.

However, it is the crown jewel of the Big Ten regular season that will headline the week, as Penn State will travel to Iowa City to take on the defending national champion Hawkeyes in a battle of wrestling royalty.

At 133 pounds, a rematch of last year’s conference championship will occur, as Bravo-Young will once again battle Iowa senior Austin DeSanto, who he defeated to claim the title in 2021.

The 141-pound matchup will feature two wrestlers who have dominated the weight class in Lee and the Hawkeyes’ redshirt senior Jaydin Eierman. Lee got the better of Eierman in the 2021 national title match via a 4-2 decision.

Two less accomplished but talented wrestlers will square off in the 197-pound and heavyweight matchups, with Iowa’s senior Jacob Warner taking on junior Cornell transfer Max Dean, who will likely wrestle at 197 pounds, and Penn State’s redshirt sophomore Greg Kerkvliet taking on Cassioppi.

The last time Penn State and Ohio State met with fans in attendance was inside the Bryce Jordan Center in front of a sold-out crowd.

The Nittany Lions went on to win that bout, taking victories in a number of high-profile showdowns on the mat.

This time around, the two teams will likely not have talent that lines up in corresponding weight classes; however, there will still be a few intriguing matchups.

At 174 pounds, Starocci will take on redshirt senior Kaleb Romero. Then in the heavyweight bout, Kerkvliet will face off against Ohio State’s redshirt senior Tate Orndorff.

The Nittany Lions’ final match of the regular season will see the team hosting Nebraska with a few high-profile showdowns taking place.

The final week of the Big Ten regular season does not appear to hold any matchups that are sure to bring about fireworks on the mat.

Iowa will host Nebraska in the final duel of the season, but the Hawkeyes should easily handle the Huskers through sheer star power across most weight classes.

The 141 and 174-pound matchups could both be interesting as Eierman will square off against Red Jr. and Michael Kemerer will take on Labriola. However, both Hawkeyes will still be favored to win.