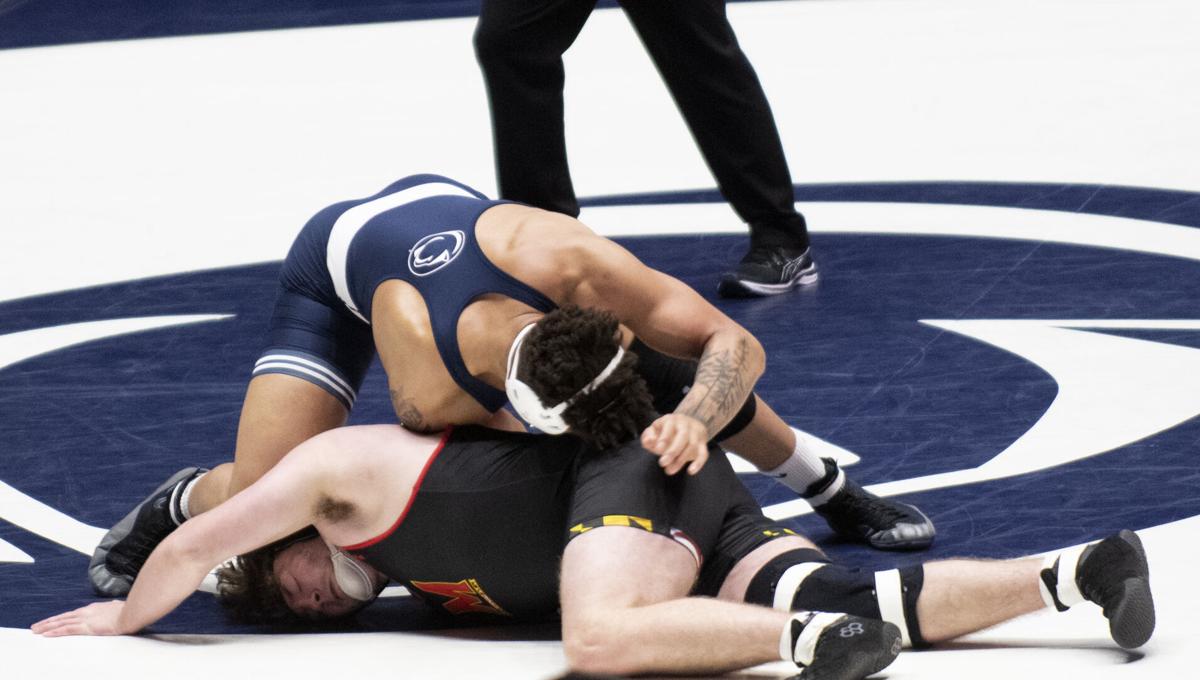 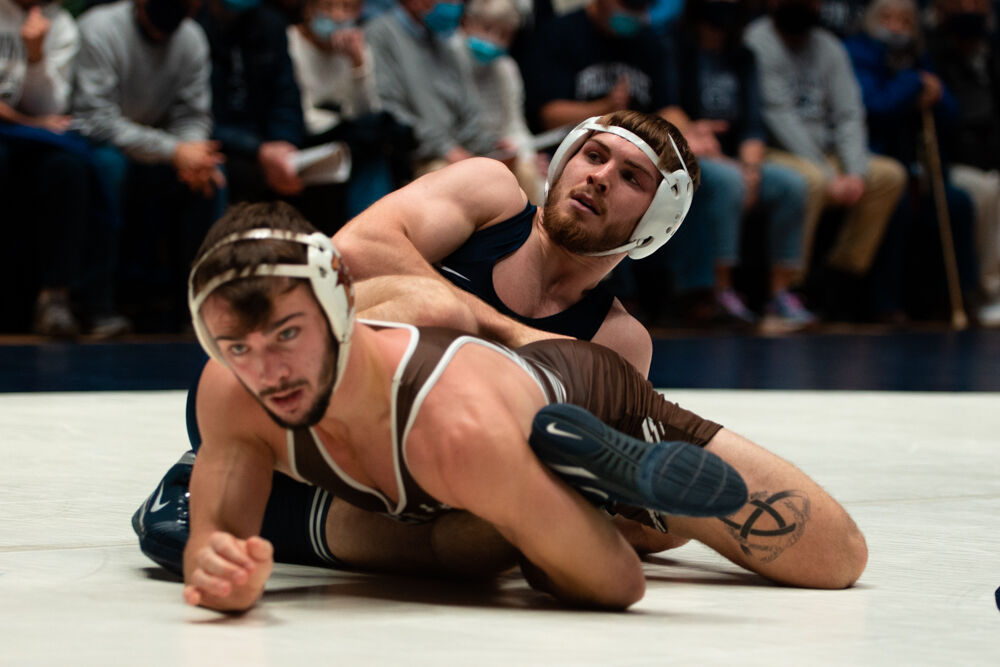 No. 2 Penn State took on the Maryland Terrapins on Friday in a dual meet that sent a message to the wrestling community.

In the team’s first meet since Dec. 21, the Nittany Lions controlled Maryland from the start and didn’t show any signs of weakness as they manhandled the Terrapins in a 46-0 shutout win to kick off Big Ten play.

Although the Journeyman duals were almost three weeks ago, Cael Sanderson’s team looks a lot different than it did in Florida as two-time All-American Drew Hildebrandt made his Nittany Lion debut at 125 pounds.

Hildebrandt’s debut was perhaps the most anticipated bout of the night as the fifth-year senior filled one of the weaker weight classes on the roster.

The Granger, Indiana, native didn’t take long to pick up right where he left off at Central Michigan against Maryland’s Zach Spence, recording a fall only a minute and 38 seconds into the first period of his debut.

Hildebrandt’s swift finishing of Spence is exactly what the Nittany Lion faithful were hoping for out of the former Chippewa as his performance set the pace for the rest of the night.

Bravo-Young scored 14 points in the first period in his domination of Sandoval that improved his undefeated record to 8-0 so far this season.

Nick Lee, the No. 1 overall wrestler at 141 pounds for the blue and white, had a similar bout to that of Bravo-Young — getting off to a quick start with near falls.

After leading Maryland’s Danny Bertoni 12-1 after the first period, Lee finished his opponent by way of an 18-1 tech fall in the second period, adding another chunk of bonus points to the Nittany Lions’ total score.

The points didn’t stop rolling for Penn State following Lee’s tech fall as No. 20 Beau Bartlett recorded the second pin of the night for Sanderson’s squad against the Terrapin’s Michael North at 149 pounds.

Bartlett’s pin was the first of the season for the freshman, and it went against the trend of close matches that he’s wrestled in thus far as six of his nine bouts have been decided by two points or less.

Bartlett’s fall was followed by another uncharacteristic match as Penn State’s Tony Negron posted the first win of the season for the team at 157 pounds.

The 157-pound weight class has had the least success of any so far this season as it remained winless for the first eight matches of the season, although there were some close calls.

No. 24 Edsell downed Bell with a 7-1 decision that featured over five minutes of riding time for the junior.

Edsell’s victory was the sixth of the night but only the first that didn’t score any team bonus points for the No. 2 team in the country.

Carter Starocci continued his undefeated season as the top-ranked wrestler at 174 pounds, defeating the Terrapins’ Dominic Solis by an 8-3 decision.

Starocci’s win over the unranked Solis was the closest bout of the evening between the two programs and only one of two bouts that didn’t result in bonus points.

The bout at 184 pounds was the first match that featured two ranked wrestlers as the Nittany Lions’ No. 1 Aaron Brooks went against the Terrapins’ No. 12 Kyle Cochran.

The defending national champion Brooks continued the shutout and resumed the flow of bonus points for Penn State with a 19-7 major decision.

Max Dean followed up Brooks’ performance with bonus points of his own for the blue and white, beating Maryland’s Kevin Makosy with a 20-5 tech fall at 197 pounds, improving his record to 9-0.

The junior from Lowell, Michigan has been one of the most consistent wrestlers for Penn State this season as eight of his nine wins have scored bonus points for the team.

Penn State’s heavyweight Greg Kerkvliet made quick work of Maryland’s Zach Schrader and capped off the team shutout with a 18-3 tech fall.

No. 4 Kerkvliet got out to a 14-2 first-period lead and finished the tech fall, the fourth of the night for the Nittany Lions, in the second period.

Despite two of its premier wrestlers not taking the mat, Penn State cruised to a second win in three days, this time taking down an unranked-I…

Zach Allen is a wrestling reporter at The Daily Collegian. He is a sophomore majoring in journalism.