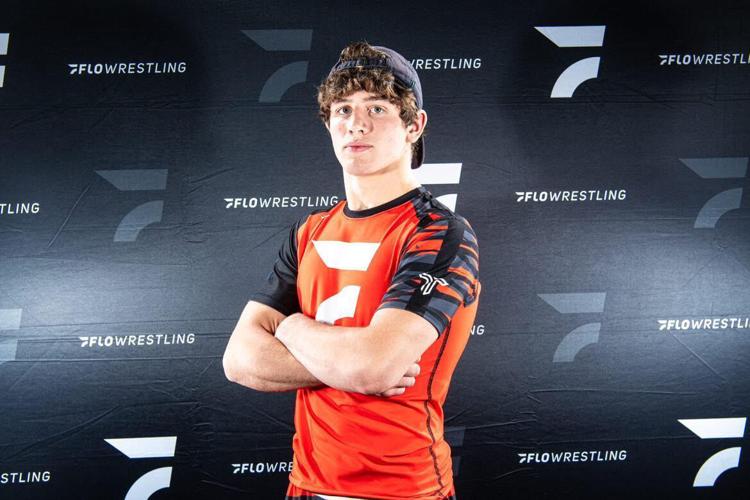 After starting his high school career at 145 and 152 pounds, Levi Haines competed at the 157-pound weight class in the 2021-22 season as an independent wrestler. Haines was named the tournament champion of the Franklin & Marshall Open in his first opportunity to compete with current collegiate talents. 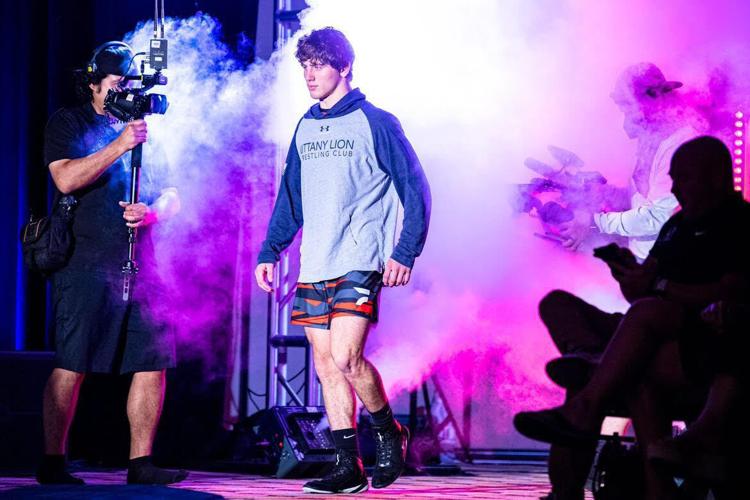 Levi Haines makes his entrance at a FloWrestling event. The 2022 Penn State commit made his decision to join Cael Sanderson in Happy Valley on May 20, 2021.

After welcoming what was considered a loaded recruiting class a season prior, Penn State will welcome just one recruit to its roster for the upcoming 2022-23 season.

That lone recruit, though, is already making headlines.

Those headlines aren’t coming from the high school level either.

Incoming Nittany Lion Levi Haines will don the classic blue-and-white singlet next season, and, while it’s unknown whether he’ll crack the starting lineup, he’s expected to be a staple in the program for many years to come.

With the departure of Brady Berge at 157, Penn State has a hole in its starting rotation with no clear alternatives.

Prior to Berge’s return to competition, Cael Sanderson and his staff struggled to find any stability at the weight class.

If he doesn’t redshirt in his first season at the collegiate level, Haines could fill the vacant spot at 157 perfectly.

After finishing as the runner-up in his first two seasons at the high school level, Haines won his first PIAA state title in 2021 at 145 pounds.

The Biglerville, Pennsylvania, native, who has been known to train at David Taylor’s M2 facility, was also a member of the 2021 Cadet World Team.

Following his state title and Cadet World Team qualification, Haines opted out of his final year of high school wrestling and instead entered into tournaments as an unattached wrestler.

In January, Haines wrestled in the Franklin and Marshall Open, his first appearance as an unattached wrestler, where he went on to earn the championship title.

In the event, Haines defeated John Errico of Virginia by way of a 6-2 decision, Jack Bokina of Brown in a 10-1 major decision, Andrew Cerniglia of Navy with an injury default just over five minutes into the bout, and he was crowned champion after Markus Hartman of Army medically forfeited the final round of the tournament.

Haines dominated in each of the three bouts he actually took the mat for, not allowing a single takedown throughout the duration of the tournament.

The most accomplished wrestler Haines faced was undoubtedly Navy’s Cerniglia.

While the bout didn’t last the full three periods, Haines dominated the former top Pennsylvania high school recruit prior to the Navy wrestler’s injury that resulted in the default loss.

In their bout, Haines showcased quickness and persistence in his offensive approach.

As was the case with many of the shots thrown in the match, the future Nittany Lion was more than capable of following through on his takedown attempts, and on many occasions he overpowered the elder Midshipman.

Haines also controlled the match from the top, turning Cerniglia to his backside for four additional points while riding out the rest of the first period following his takedown.

It’s worth noting Cerniglia appeared to be injured at the conclusion of the first period, gingerly walking around the mat.

Cerniglia chose neutral to start the second period and went on the offensive quickly, but he couldn’t score on the defensive Haines, who went on to notch the only takedown of the period.

The match was eventually called five minutes and 17 seconds after Cerniglia was unable to compete due to injury after his escape early in the third.

The match may have been cut short, but Haines’ performance against the formidable opponent was significant to say the least.

While at the Edinboro Open in early February, Haines took on Ohio State’s Paddy Gallagher.

Prior to joining the Buckeyes, Gallagher was considered to be the No. 1 pound-for-pound recruit in the country by MatScouts and FloWrestling.

Gallagher redshirted this past season, but he compiled an impressive resume nonetheless.

Wrestling in four open events, Gallagher wrestled to the tune of a 17-3 record with one of those three losses coming at the hand of Haines.

The two squared off in the semi-final round of the open, in what was an eventual 8-3 decision in favor of the soon to be Nittany Lion.

Haines showed a great deal of poise after falling behind 3-1 with roughly 50 seconds remaining in the bout.

The future blue and white wrestler escaped and rattled off seven unanswered points, six of which came in the final 20 seconds of the match, to take the win and advance.

Haines remained calm and composed despite falling behind late against a top opponent.

Haines applied constant pressure on his opponent and, throughout the three periods, the young wrestler never showed any signs of fatigue.

It remains to be seen if Haines will suit up for Sanderson and his squad next season.

There is no doubt there’s room for improvement, but the young wrestler carries himself with a sense of maturity, and he certainly doesn’t wrestle like a soon-to-be true freshman at the college level.

From the tape, Haines appears to possess a well-rounded skill set that he brings with him regardless of the talent level his opposition possesses.

That same skill set should translate to the next level, and the young wrestler should only improve under the tutelage of the Penn State coaching staff.

Whether it be this upcoming season or the next, Haines has a bright future and is sure to be a vital part of several championship-caliber teams in Happy Valley in the seasons to come.

Wrestling 2022-23 lineup predictions | Does Penn State have the firepower to repeat?

As Penn State saw last year, experience is a luxury when competing for national titles.