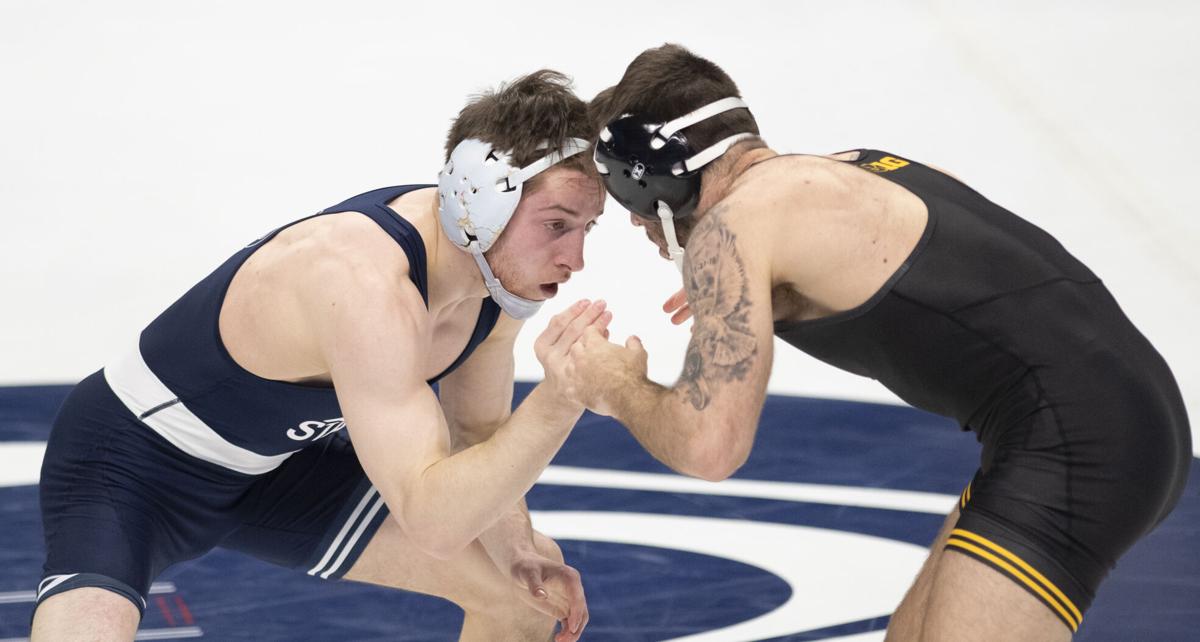 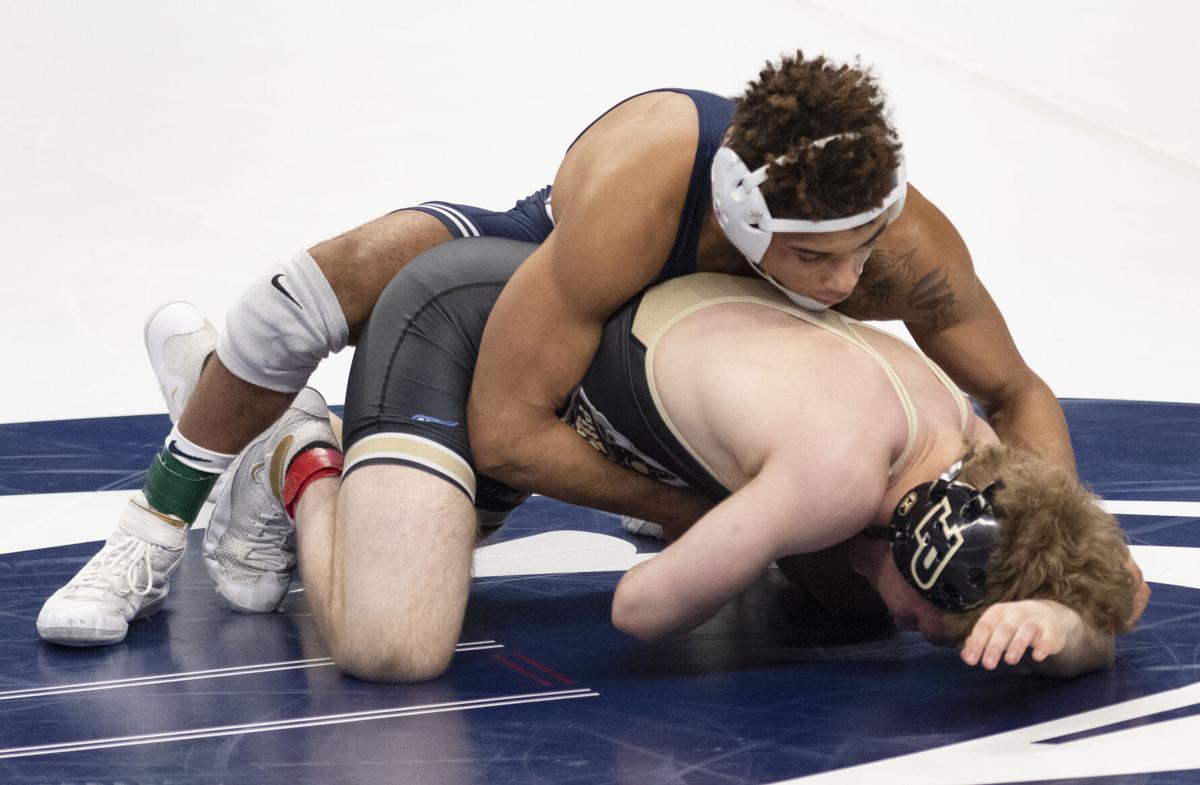 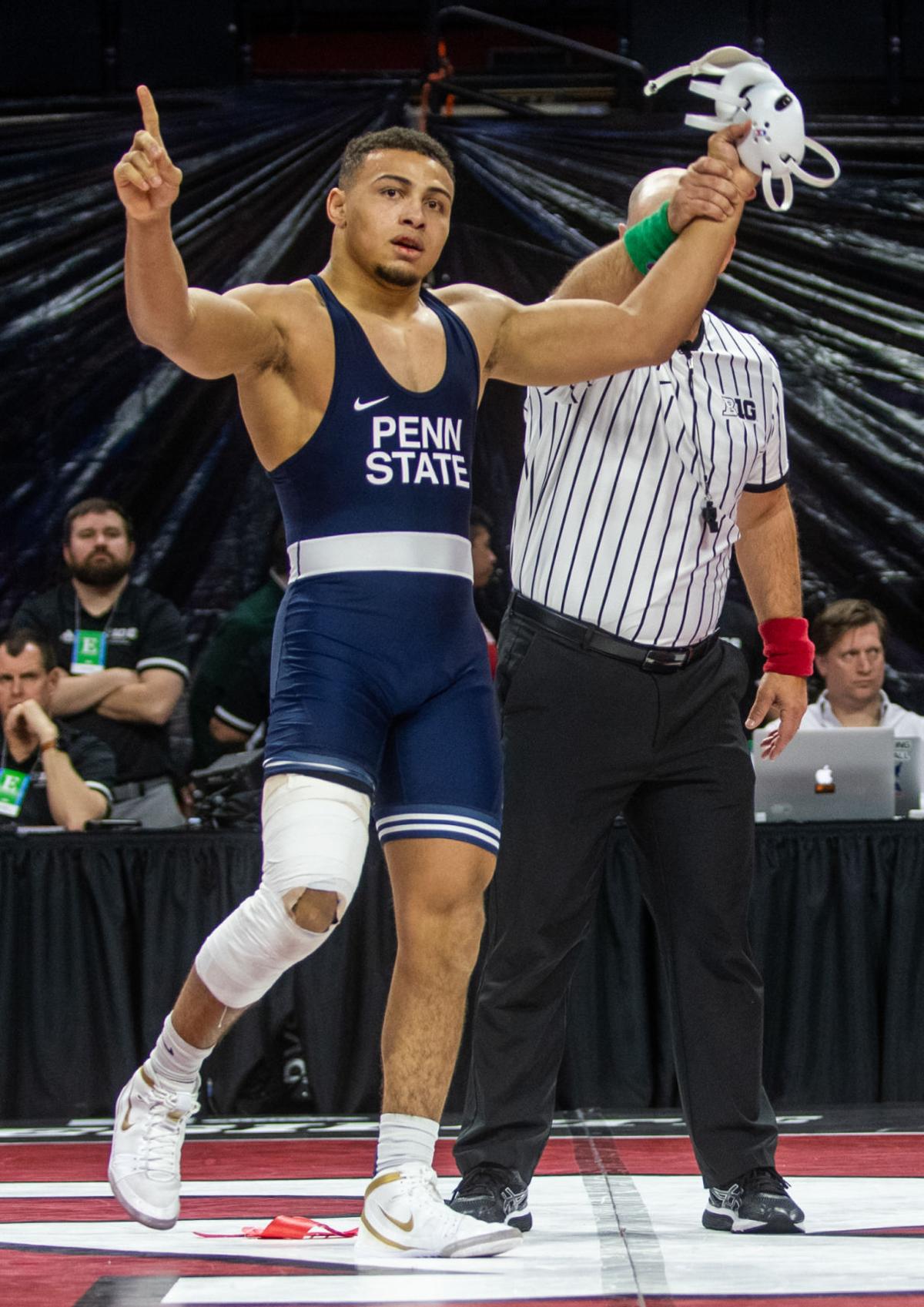 The year is 2020: Penn State’s star wrestlers Nick Lee and Roman Bravo-Young both enter the season as strong contenders for a national title, while a younger Aaron Brooks looks like the favorite for a title at 184 pounds.

As a team, though, the Nittany Lions are not the favorite.

In the midwest, an Iowa Hawkeyes team has amassed an impressive amount of talent with many athletes being taken from the very state the Nittany Lions calls home.

The Hawkeyes are the clear favorites for both a Big Ten title and a national title, and they are expected to have All-Americans across nearly every weight class.

Fast forward to 2021, and these same storylines still appear to apply, following the NCAA’s decision to grant all athletes an extra year of eligibility due to the coronavirus.

This begs the question as to how this season can be any different from the last with just about every relevant wrestler returning.

For starters, there are some new faces on the blue and white’s roster.

Cael Sanderson once again brought in an impressive group of freshmen to the program, while the veteran head coach also dipped into the transfer portal to bring multiple athletes who could very well play prominent roles on the team this season.

“I think the new opportunity and the new challenge is doing it with a new group of guys, and I think that's always exciting,” Brooks said. “Whenever you get to try to go out there and repeat with new freshmen or new teammates and make new memories, it just offers a different aspect.”

One of those transfer additions includes former runner-up at 184 pounds — Max Dean, who previously competed for Cornell.

Dean enters the season as the fourth-ranked 197-pounder according to InterMat’s rankings, but will face strong competition within the Nittany Lions’ own roster from sophomore Michael Beard, who is listed alongside Dean on Penn State’s lineup for its first dual on Saturday.

The addition of several talented freshmen has certainly excited many fans, as well as wrestlers within the program.

However, these freshmen will have to battle some of the premier wrestlers in the country while competing in the Big Ten, many of whom have already spent three to four years at the collegiate level.

It’s undeniable the team is going to have to mature quickly and will need to improve as the year goes on, but it appears as if the squad has taken on the right mindset to do just that.

“I think our team is better than it's ever been. When you walk into that room it’s almost kind of a weird vibe if you're not focused on a goal,” sophomore Carter Starocci said. “For me, I go in there, and I'm focused on being the best version of myself and every guy in that room has that same mindset.”

Penn State’s coaching staff is also keenly aware that the team has some room to grow, but it’s confident its team will rise to the occasion.

“There's no question we have to get better as this year goes on, we know that, but I believe in our guys and I believe in our system,” Sanderson said. “I believe that if our kids buy in, there'll be some magic there because there always has been.”

Lee, a fifth-year senior, also expressed that bringing in some fresh faces may actually provide the Nittany Lions, and other programs with younger rosters, an advantage going into this season.

“One factor that you have to throw in there is fatigue from the last couple of years, especially with older wrestlers,” Lee said. “You get some young freshmen, redshirt freshmen or sophomores coming in from some different programs that could really shake things up.”

While the majority of rosters for many teams will remain mostly the same this season, one difference that exists within Penn State’s program is a change in mindset, according to Starocci.

“I think maybe us getting four champs last year put some energy into these guys. Guys on this team believe we're the best and believe we're supposed to win,” Starocci said. “Last year, we still had that from most guys, but I felt like some guys were just going through the motions. That's not the case anymore.”

The Nittany Lions' perfect performance in title matches came as a surprise to many last season and was called a “Cinderella type of event” by Sanderson.

Despite this impressive feat, the blue and white still fell short in the title race to the heavily favored Hawkeyes, who are returning all seven podium finishers from last spring’s national championship.

This fact forces the need to ask — how can Penn State possibly compete for a national title with Iowa returning all its top wrestlers?

First things first, the Nittany Lions will surely have to lean on their four national champions to try to get it done again this year.

Unfortunately for Penn State fans, last year’s second-place finish proved it takes more than individual dominance to take home a team crown — something Sanderson is all too aware of.

“You start doing that, and you just have to believe and be excited.”

Sanderson also stated he needs some of those bonus points to come from his four national champions and has been working on trying to win bigger with his team during the preseason.

Lee earned bonus points in 11 out of 12 matches last year, while the Hawkeyes put up 27 bonus points as a squad during the NCAA Championships.

In a relatively rare occurrence, the Nittany Lions are not the favorite to win the national title this year, after Iowa garnered all 14 first-place votes in the first NCAA Coaches Poll.

Despite this, several Penn State athletes have made it clear that expectations are certainly not any lower than they ever have been.

Fans returning to arenas is arguably the largest difference in the upcoming season when compared to the one prior.

For a team like Penn State, this change is greater than most, as there are few, if any, teams that can pack an arena like the blue and white does in Rec Hall.

And for wrestlers like Bravo-Young, who recently announced this season will likely be his last, the return of fans, and the elimination of any other concerns brought about by the coronavirus, are a welcome sight.

“Wrestling's back, fans are back and it’s just good to compete in front of people,” Bravo-Young said. “Now, we don't really have to worry about anything. We can just go out there and do what we do.”

Despite appearing like a near-repeat to last season, there are certainly some new and exciting twists that are sure to arise during the 2021-22 season and could make it one of the best in recent history.

However, one constant that most definitely remains from last season is the confidence of the national champion Starocci.

“We're a very young team, we have a lot of solid freshmen and I think we're gonna keep getting better every single day while other teams start to get worse,” Starocci said. “It's the same story every year, we're gonna win the national title, and we're gonna carry on our journey.”

For the seventh time in the past decade, coach Char Morett-Curtiss and Penn State are NCAA Tournament bound.

With every team having played at least two matches of conference play, the CHA regular season is starting to heat up in 2021-22.

Penn State is in for an exciting weekend of volleyball as it will face recent competitors — Michigan State and Michigan.

For years, collegiate athletes have been yearning for a change in the NCAA’s policy for making money. On July 1, the entire landscape of colle…