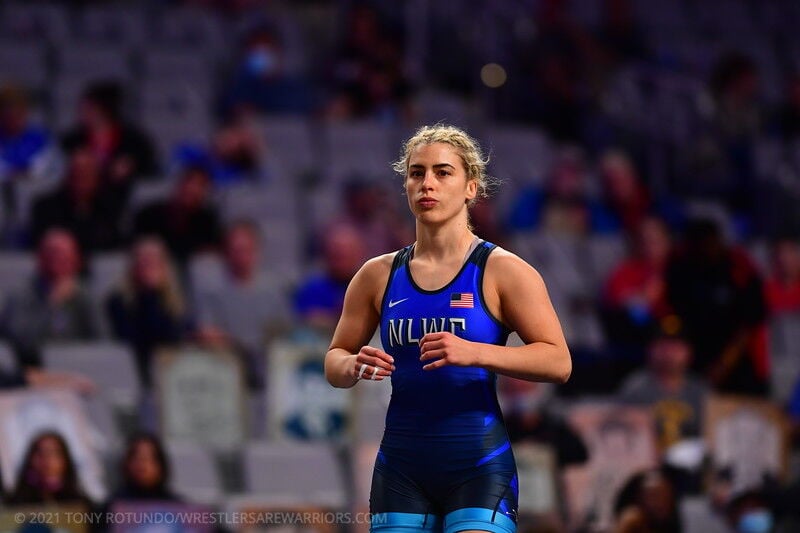 Helen Maroulis was one of four Nittany Lion Wrestling Club members to earn a bid to Tokyo in the 2021 Olympic Trials. 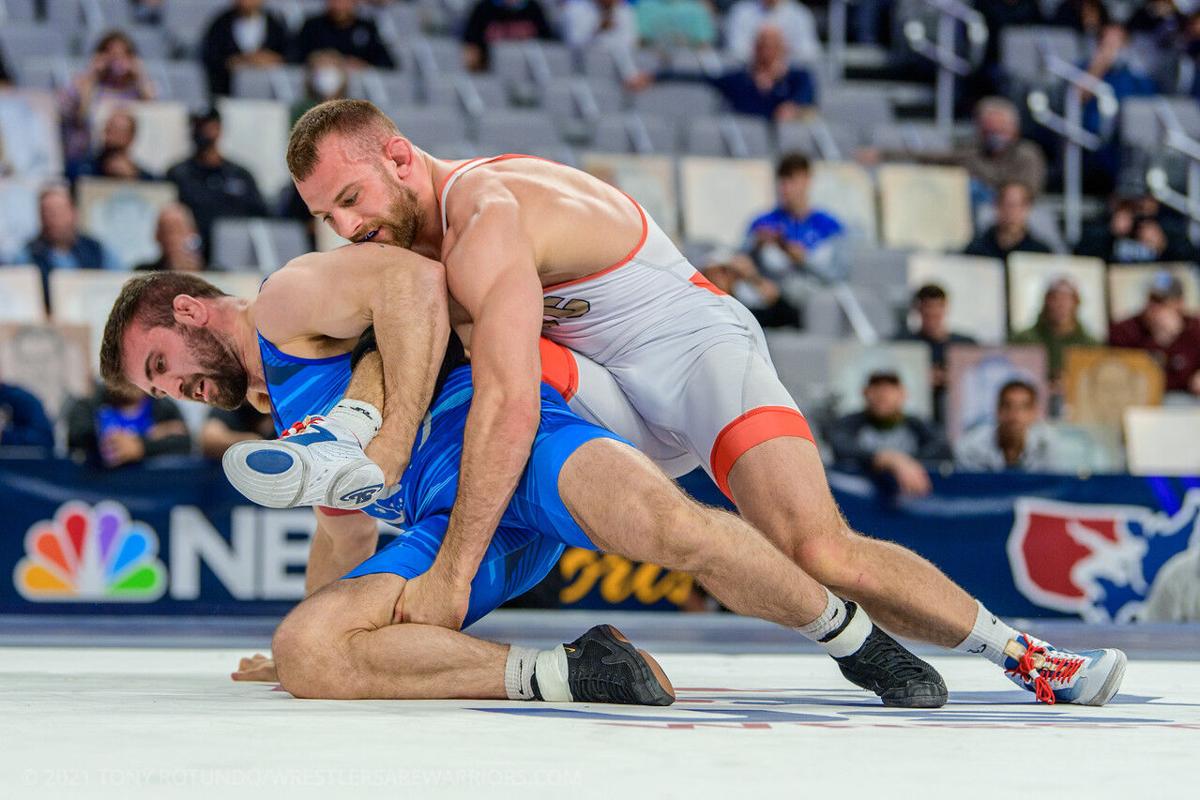 The Nittany Lion Wrestling Club is a premier wrestling club and training facility located at Penn State University. It’s the home of some of the best wrestlers in the United States and the world.

World champions, gold medalists, and olympians all train at the same place and against each other, making it an intriguing destination for these world-class athletes.

With the talent that lies on the mats of the NLWC, it’s no surprise that some of the wrestlers there represent Team USA on the international level.

“They’ve done a great job taking care of us,” Kyle Snyder, a former three-time NCAA champion at Ohio State and member of the NLWC, said. “We have a really strong regional training center, and we have seven Olympians not including just us that are wrestling for Team USA.”

Three more NLWC wrestlers will accompany Snyder in Tokyo. David Taylor and Thomas Gilman will also don the singlet for the men’s team, while Helen Maroulis will represent the Team USA women.

In addition to the NLWC wrestlers, Penn State coaches Cael Sanderson, Cody Sanderson, and Casey Cunningham will be in Tokyo as personal coaches for certain wrestlers.

Taylor has known the Sandersons and Cunningham since his days as a Nittany Lion wrestler began in 2009. Having his long-time coaches with him certainly serves as a positive impact for the two-time Dan Hodge trophy recipient.

“It's pretty exciting to be in the opportunity that we’re in with the coaching staff I chose 10 years ago,” Taylor said. “I'm excited for their guidance and their experience.”

With his Olympic bouts rapidly approaching, there’s still one goal that Taylor hasn’t completed yet — winning an Olympic gold medal.

“When I chose Penn State, it wasn’t only for my collegiate career, but I wanted to go where the coaching staff would help me progress towards my international career.” Taylor said. “I’ve always had aspirations to win a gold medal, so I’m looking forward to making it a reality in two weeks.”

One of the most unique aspects of the Olympics — the fact competition happens just every four years — makes the margin for error much smaller and the results more profound.

These spotlighted results are very important for the lesser-known sports of the world such as women’s wrestling.

While the sport is quickly growing, it’s still relatively untouched. However, the market for women’s wrestling is increasing, and more high schools are implementing the sport into their athletic programs.

“In the 20 years I’ve been in the sport, it’s just grown leaps and bounds,” Maroulis said.

Maroulis won gold at the 2016 Olympics and became the first American woman to win a gold medal in wrestling. Back-to-back gold medals for the U.S. could kickstart the women’s wrestling movement even more.

“The Olympic games have been huge, especially for the sport of women's wrestling,” Maroulis said. “And with the team that we have and the amount of medals we are going to bring home, I think this is going to be really big for American women’s wrestling and hopefully globally as well.”

This is arguably Maroulis’ biggest competition after sustaining a brain injury in 2018 and a recent knee injury heading into Olympic Trials. She recently participated in the Poland Open in June, but she was bounced after going 1-2.

“I’ve been down the journey before, so I know that sometimes it might not always look like it's going the way you want,” Maroulis said. “I went to Poland knowing I wasn’t 100%, but that tournament showed me so much, so I have so much confidence going into these games.”

Both the men’s and women’s teams are staying in Nakatsugawa, Japan, a city a few hours outside of Tokyo. Despite the distance from the Olympic Village, the wrestlers seem to be in a good place in Nakatsugawa.

“It’s been a very warm welcome,” Gilman said. “We were driving to practice yesterday, and the streets are lined with people waving American flags and cheering us on.”

Despite the welcoming atmosphere, the hometown team of Japan is slated to be a top competitor for the Americans in the upcoming weeks, according to women’s head coach Terry Steiner.

Steiner named Ukraine, Russia and China as some of Team USA’s other adversaries, but the longest-serving national coach for the U.S is confident in his squad.

“They’re all tough teams in women's wrestling.” Steiner said. “But when I look at the team that we have, there's nobody that stands above us.”

Penn State at the Olympics | Time, broadcast and livestream information for the Tokyo Summer Games

The Opening Ceremony for the 2020 Olympics kick off on Thursday, and there’s a number of cur…

How does Penn State baseball’s most recent draft class stack up to the largest in program history?

Last week, four Nittany Lions were selected in the 2021 MLB Draft, adding to the long list of Penn Staters who have been selected since the dr…

Following Penn State’s win over Ball State last weekend, running back Noah Cain made it clear that the offensive playbook would soon be opening up.