You are the owner of this article.
Edit Article Add New Article
You have permission to edit this article.
Edit
Home
Latest
News
Sports
Football
Opinion
Lifestyle
Multimedia
Join
Subscribe
Share This
Wrestling • Click for more stories •
1 of 2 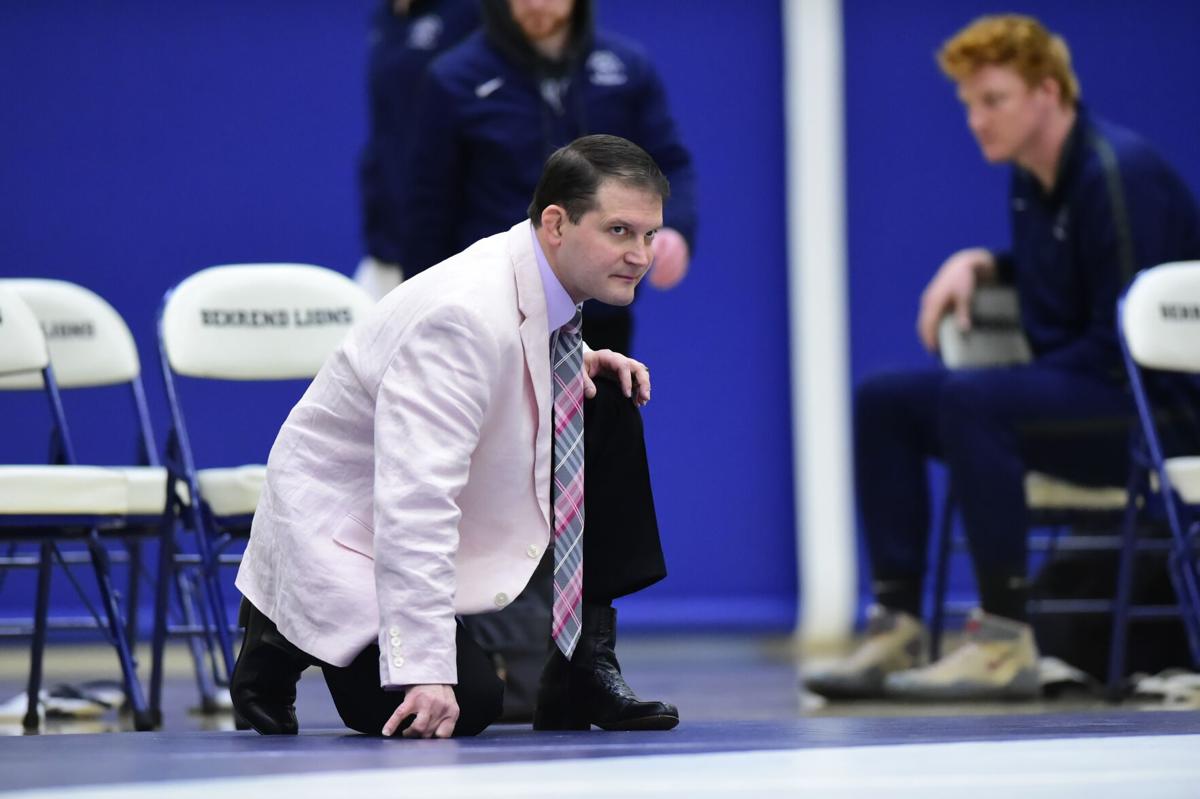 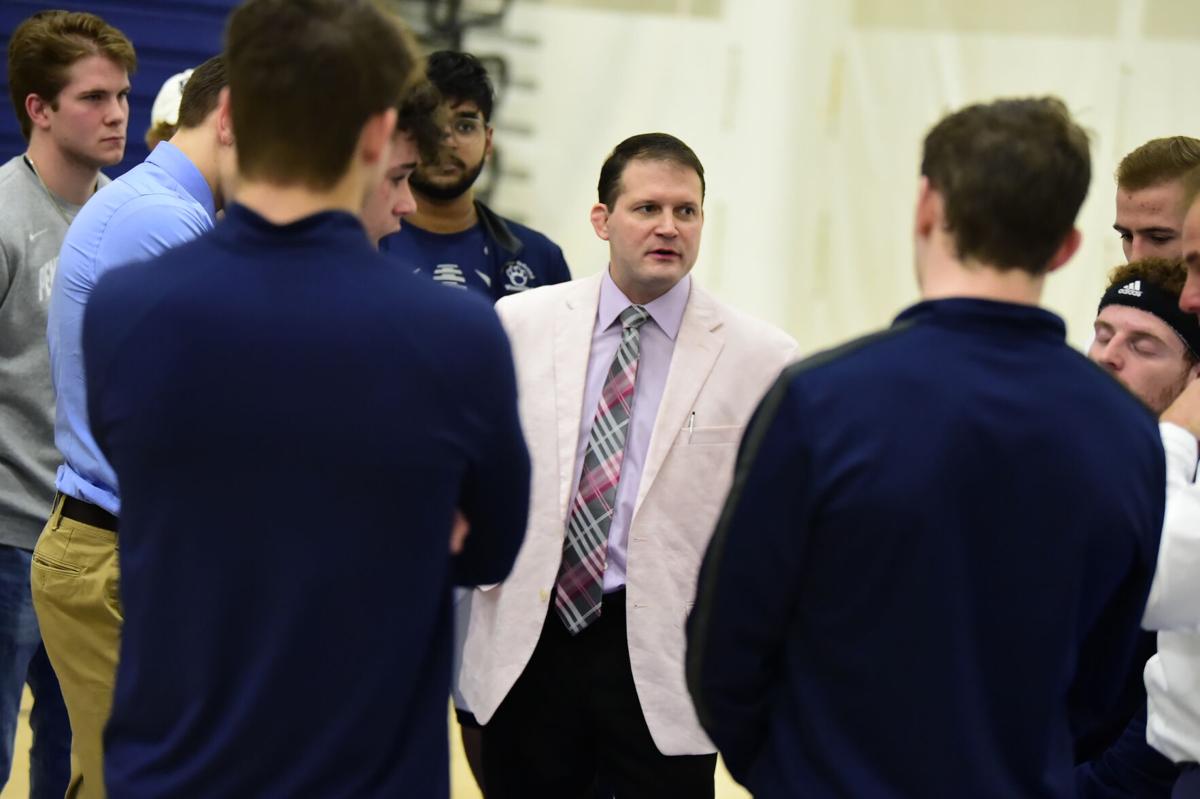 When choosing to undertake the responsibilities of head wrestling coach at Division III Penn State Behrend, a school that went roughly 40 years without a wrestling program, Bobby Patnesky decided to take on an improbable task.

He'd later prove it was not an impossible one.

Patnesky, a former Division I wrestler at West Virginia and former head wrestling coach at Division I Davidson, has led the Behrend program the last four seasons and turned it into a respectable wrestling school in western Pennsylvania, after the program had been nonexistent for 38 years.

During his 12 seasons as head coach at Davidson, Patnesky finished second in school history with 60 wins and coached five Southern Conference champions.

Many would scratch their heads at Patnesky’s decision to leave a Division I school to kickstart a Division III program, but that's not how the coach saw it.

“I definitely viewed it as a challenge,” Patnesky told The Daily Collegian. “Being from southwestern Pennsylvania I wanted to come back closer. So that was a big part of it. [Plus] it was Penn State, and you know the reputation Penn State has.”

Another factor in Patnesky’s decision to return to Pennsylvania was his family.

Family has had a large impact on both his life and his wrestling career, but it was also a big part of what brought him to Behrend.

By taking the job at Behrend and moving just outside Erie, Pennsylvania, Patnesky — an only child — went from being eight hours away when he was at Davidson, to now just two hours away at Behrend.

“I can tell you that my dad never missed a match of mine,” the Canonsburg, Pennsylvania, native said. “He was always there. I'm an only child too, so my parents are really all I have in my immediate family. Being two hours away, I probably see them once or twice a month, where when I was eight hours away, I would see them maybe three times a year. So it definitely is very important to me.”

That same sense of community and family is one that he tries to implement on his wrestling teams as well.

“Because our family is tight and we’re there pulling for each other, things can sometimes be a little bit easier,” Patnesky said. “I think that team cohesion and that team unity is a very important factor in building a championship squad.”

Patnesky received his undergraduate degree in communications from West Virginia and master’s degree in athletic administration from Ohio University.

The wrestling coach prides himself on the idea that he is able to use both degrees when building his young program.

“When it comes to communication, obviously, that's the building block for everything,” Patnesky said. “If you don't communicate effectively, you're going to have problems and issues resolving things that you want to get accomplished.”

His leadership and positivity is something that was evident to one of his former top wrestlers, Jake Paulson.

Under Patnesky’s tutelage, Paulson was the first Behrend Nittany Lion to reach the NCAA Southeast Regional tournament, placing third in 2018.

Throughout his journey to the top of the Division III wrestling ranks, Patnesky was by Paulson's side every step of the way.

Paulsonon won five consecutive matches at the 2018 regional tournament, thanks in part to Patnesky’s coaching.

One of the main things his coach stressed to him was to stick to the same strategies that had gotten him to that point.

Although Paulson has been one of the young program’s most successful wrestlers thus far, Patnesky is constantly encouraging and rooting for each of his athletes.

This sense of support has been visible to Behrend athletic director Brian Streeter during both practices and matches.

“He’s dealing with some kids who love wrestling,” Streeter said. “He treats every one of his kids like they’re champions. He coaches them that way. Whether the person loses in 30 seconds or in 10 minutes it doesn’t matter. He takes each athlete he’s had and he stays behind each one of them, which is great.”

Aside from just offering support on the bench, he also wrestles with his athletes in practice.

“It just shows us that he's giving 110% as well,” Paulson said. “During matches he is coaching us, and he's just putting everything into his emotions out there. I really feel like that just feeds us, feeds the bench and gets everyone going."

Patneksy isn't a coach who's typically reserved or quiet during matches, but that's perfectly fine by his boss.

“Sometimes you love watching wrestling coaches because they’re a little more animated on the sideline than the kids on the mat,” Streeter said. “He is one of those guys. He’s moving and his neck is moving, his shoulders are moving, his arms are moving, he’s squatting down... that motivates his kids. They know he’s 100% behind them.”

Streeter has served as the athletic director at Behrend for 23 years, and was one of the leading forces behind bringing back wrestling to the western Pennsylvania campus.

One of the qualities Streeter was looking for when recruiting his next wrestling coach was patience.

“When he came here, he knew he was walking into a first year program,” Streeter said. “He’s been great and patient with everything we’ve done so far.”

Prior to Patnesky’s arrival, wrestling had been absent from Behrend for decades, and something the new program lacked was a facility to train in.

Behrend is in the process of adding a new recreation center, which its wrestling team will be able to use, but as of now the team is still without a proper facility.

“Right now [Patnesky] is trying to do makeshift stuff in one of the gyms we have on campus,” Streeter said. “It’s good and it works, but it’s not ideal, especially when you see kids coming out of high school facilities that are terrific.”

One of the many challenges Patnesky faced upon taking the job was bringing attention to the new program, even among Behrend students.

Early during his time at Behrend, Paulson recalled outdoor team workouts on campus in an effort to raise awareness around the new team.

In terms of growing the program, it certainly did not hurt that Patnesky grew up two hours south of the area.

Although he was not entirely familiar with the Erie area, Patnesky was well aware of all the talent he would have at his disposal in western Pennsylvania.

“I believe Pennsylvania is the number one high school [wrestling] state in the country,” Patnesky said. “That definitely played a huge factor into coming to Penn State. You know not everybody can go Division I, so we look for kids that would fit our program and ultimately want a Penn State education, but don't want to go to University Park.”

Over the course of the last four years, Patnesky has managed to slowly grow his young team.

He was set to enter the 2020 season with a full team for the first time since he began at Behrend.

“This year, I think we’ve got a squad of 17 or 18 kids right now,” Streeter said. “The first year we started out with only 11, and then we had 12 and 13. Now, we have enough wrestlers this year that we are filling all our weight classes. That was probably the biggest challenge for us the first couple years.”

It should not come as a surprise that the Behrend wrestling program is growing though.

As Patnesky and his squad have seen more and more success, recognition and awareness of their accomplishments are growing in the area.

“For the first year or so, I don't even know if people knew we had a program on campus,” Patnesky said. “Now, people know we have a program and it's little steps, little steps toward where we want to go. We want to be competitive within the region, within our new conference and hopefully one day, nationally, we can be consistently competitive with the best teams in the country.”