A Penn State great can add "Hall of Famer" to his list of wrestling accolades.

Wright first rose to prominence at Bald Eagle Area High School in Bellefonte, Pennsylvania, where he won the Class AAA Championship in 2007 and 2008. He earned bronze on Team USA on the Junior World Team, as well.

As a Nittany Lion, Wright put together a career mark of 116-23. His storied career includes two NCAA titles in 2011 and 2013, as well as four All-American honors.

Penn State welcomed a Pennsylvania recruit to its ranks. 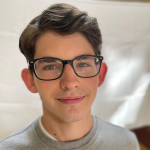