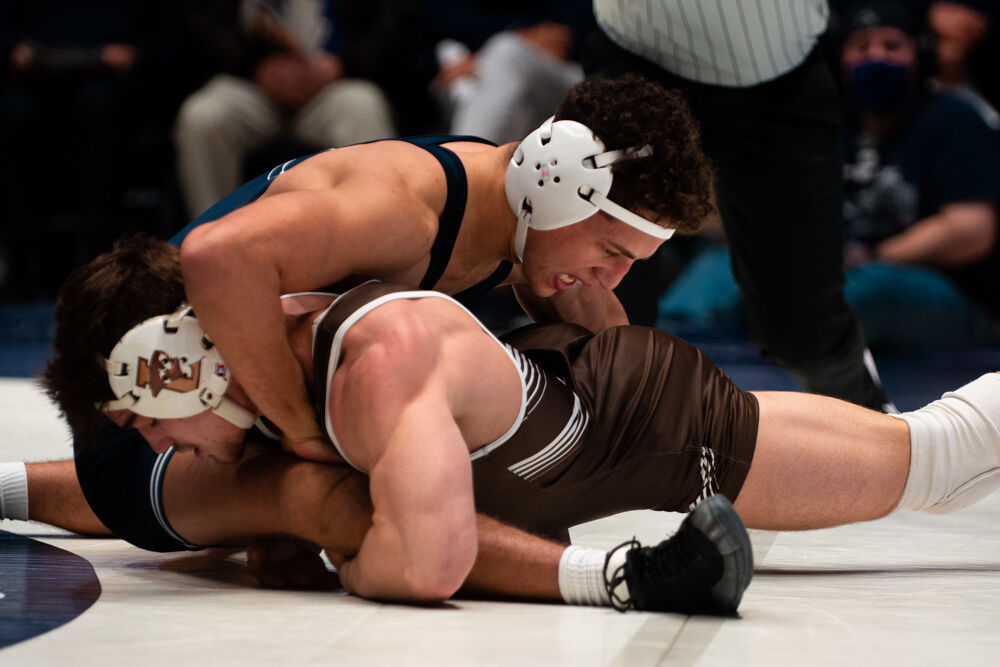 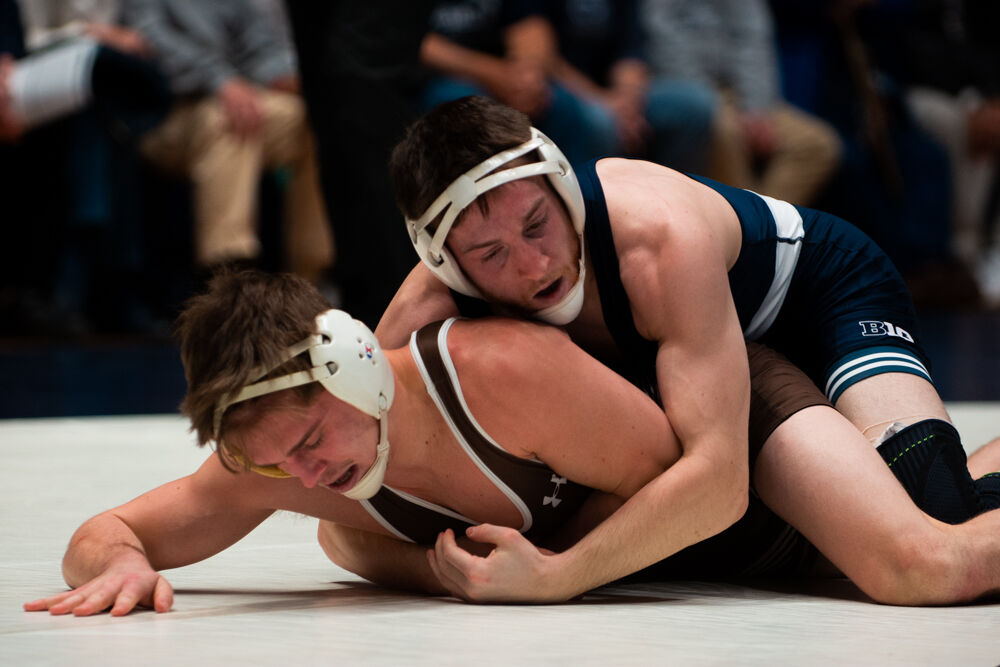 In what was a trying week to say the least, Penn State wrestling came out on top against two in-state rivals.

The Nittany Lions were forced to deal with injuries and illnesses circulating around the team that made multiple starters unavailable.

Despite the inactives, Penn State was able to improve to 5-0 after defeating both Penn and No. 21 Lehigh on Friday and Sunday, respectively.

Here are three takeaways from this weekend’s action.

Leadership from regulars and reserves

Given the fact that top wrestlers such as Aaron Brooks, Greg Kerkvliet and Roman Bravo-Young all missed time, both regulars and reserves were called upon to step up.

Nick Lee, who was dealing with his own bout with an illness went a perfect 2-0 over the weekend.

To Lee, the number of wrestlers stepping up and contributing in dual meets speaks to the leadership the Nittany Lions have on the team.

Donovon Ball is a prime example of this.

Ball has wrestled in the place of reigning national champion Aaron Brooks at 184 and also finished the weekend with two wins of his own.

“What Donovon did is stepping up on this team, that's leadership,” Lee said. “I'm excited for those guys. It's good to see in wrestling but as people too. I'm really proud of him and the team as a whole.”

Lee is the longest tenured wrestler on the Nittany Lion’s current roster and the veteran leader reached a milestone that only 36 others in school history have hit.

The blue and white veteran bested Lehigh’s Connor McGonagle by way of a 13-6 decision.

Lee, who was unaware of the landmark, was briefly recognized by the university for his accomplishment.

With his most recent victory, Lee is now tied for the 36th most wins in program history with Troy Sunderland who wrestled for the Nittany Lions from 1989-1993.

In what was two highly contested matches, Penn State was forced to deal with questionable decisions from the officiating crew Sunday.

Bartlett’s one-point loss came after what appeared to be a last second escape that wasn’t called.

The blue and white coaching staff challenged the no call, but the ruling was ultimately upheld.

“Bartlett’s just going to get better every match and learn through that experience,” Cael Sanderson said. “Because he got to that position, I think they both kind of froze because they thought he had won escape and they were all going into overtime, but that wasn't awarded.”

In the following bout at 157, Tony Negron made his Penn State debut against No. 10 Josh Humphreys.

Negron ultimately lost by way of a 5-4 decision after a last second Negron takedown was reversed by a successful Mountain Hawk challenge.

Earlier in the bout the Penn State coaching staff challenged what it believed should have been a first period takedown but to no avail. Had the call been made or reversed, the final outcome of the match could have been drastically different.

While Penn State may have emerged from its early season competitions unscated, the team did not have quite the smooth sailing that it likely e…