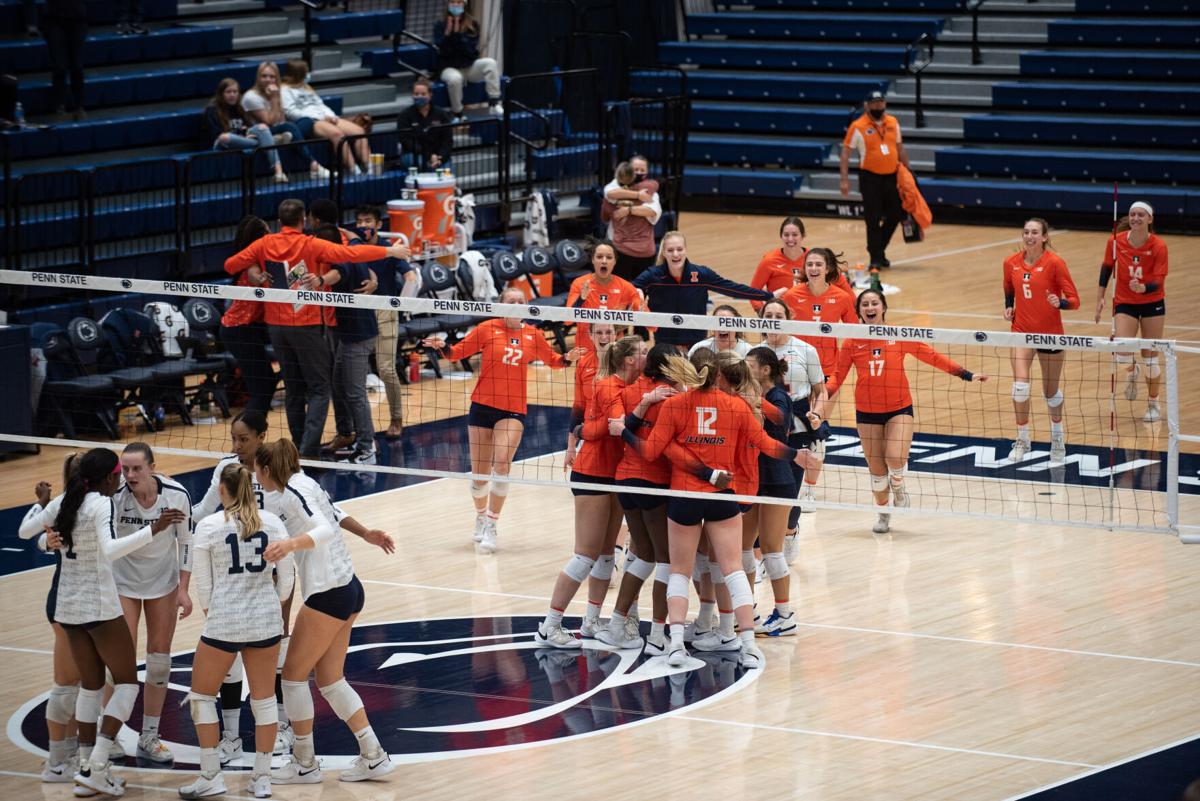 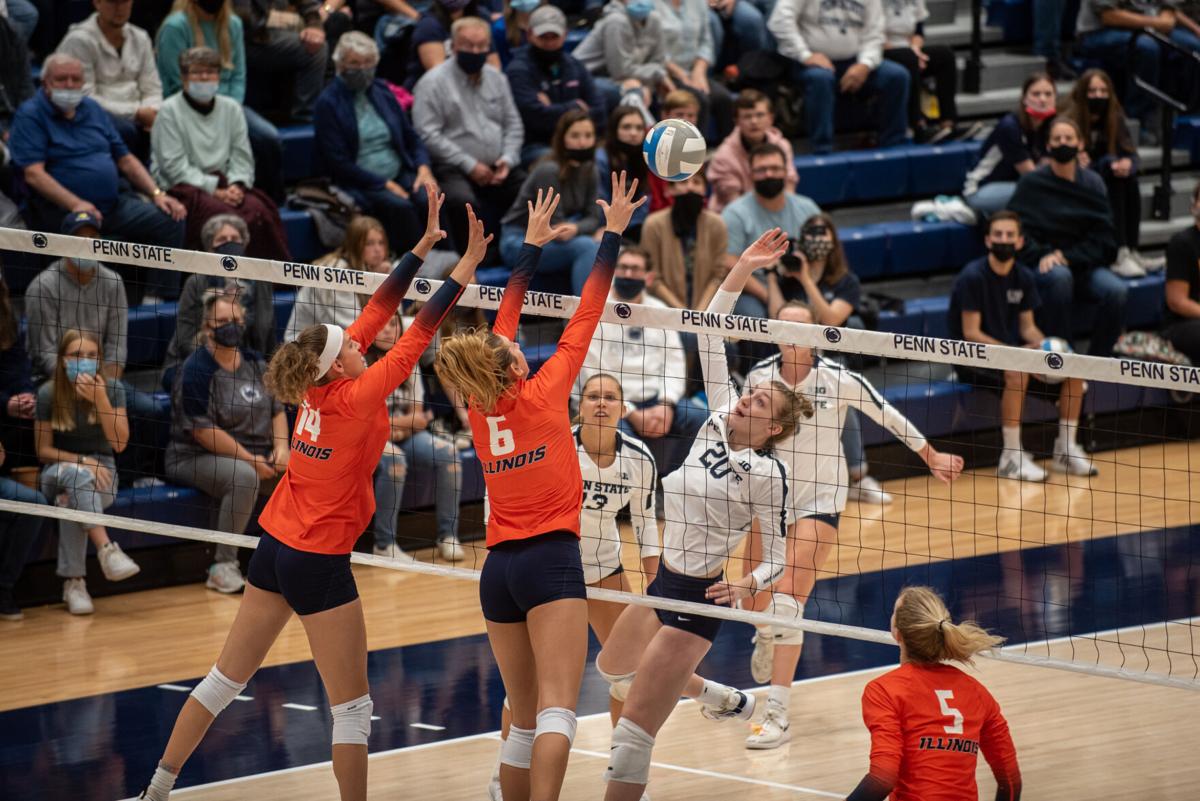 Penn State had a difficult time against Illinois in its Halloween match as it came out of the gates ready to go and then lost momentum as the match went on.

The Nittany Lions started off strong in the beginning of the match, winning the first set 25-20.

The opening set was easily the blue and white’s best set of the match statistically speaking.

The Nittany Lions kept this momentum flowing through the majority of the second frame.

“I thought it was a well-played competitive match,” Russ Rose said. “I thought we started off well and had opportunities to win the second and third sets.”

Scoring the first point of the match, Penn State kept a steady lead right up until the end of the set.

The score was too close throughout the set, with both teams struggling to score more than three consecutive points.

Once the Nittany Lions hit 23 points, Illinois caught up and scored four consecutive points to win its first set of the match.

With this 25-23 win, Illinois tied up the score 1-1 as the teams headed into the third set in Rec Hall.

Penn State struggled to pull ahead of the Illini in the third set, and the momentum seemed to be fading away.

Illinois also was able to manage a big lead in the middle of the set, getting up by five points.

This meant that the blue and white had to play catch up, and then keep that going to overcome Illinois.

Although the Nittany Lions were able to catch up to the Illini, they couldn’t keep up the intensity and gave Illinois its second set win.

The blue and white struggled defensively in this set as it was unable to earn any blocks. This ultimately allowed Illinois to score without real resistance.

With all of this working against the blue and white, it was defeated 27-25 in the third set.

“We can’t let one become two,” senior right-side hitter Jonni Parker said. “We hold ourselves accountable for what we can control.”

In the fourth and final set, Penn State had a hitting percentage of 0.167 and seven attack errors.

With this many errors, the Nittany Lions couldn’t afford to have the same amount of kills as Illinois and it cost them dearly.

The Illini, once again, won a set by scoring multiple consecutive points.

Because of this, the fourth set went to Illinois, giving it a 3-1 advantage and the match as a whole.

This would be Penn State’s seventh loss of the season before heading into its matchup with Michigan next week.

There were a handful of Nittany Lions who stood out against Illinois and one of them was Parker. The right-side hitter had a team high number of 23 kills on top of her 0.383 hitting percentage.

Senior middle back Kaitlyn Hord also had a good night. She tallied 16 kills and a 0.625 hitting percentage that went toward the team's efforts.

With the exception of these two, Rose was not impressed with the performance of his team on Saturday’s match.

“We missed a number of serves. we made so many service errors,” Rose said. “We had opportunities. We had players make bad plays at key times.”

With eight matches remaining in the season for the Nittany Lions, they will need to work on their consistency and keeping the same momentum throughout the match.

After winning the first set, Penn State sat back and allowed Illinois to take the next three which is something that can’t happen against Big Ten teams.

Parker put it simply when explaining the team’s preparation for the remainder of their season.

During its Halloween match at Rec Hall on Saturday night, Penn State was unable to find a wi…

Penn State shocked the hockey world Saturday night with its upset win over No. 6 North Dakota.