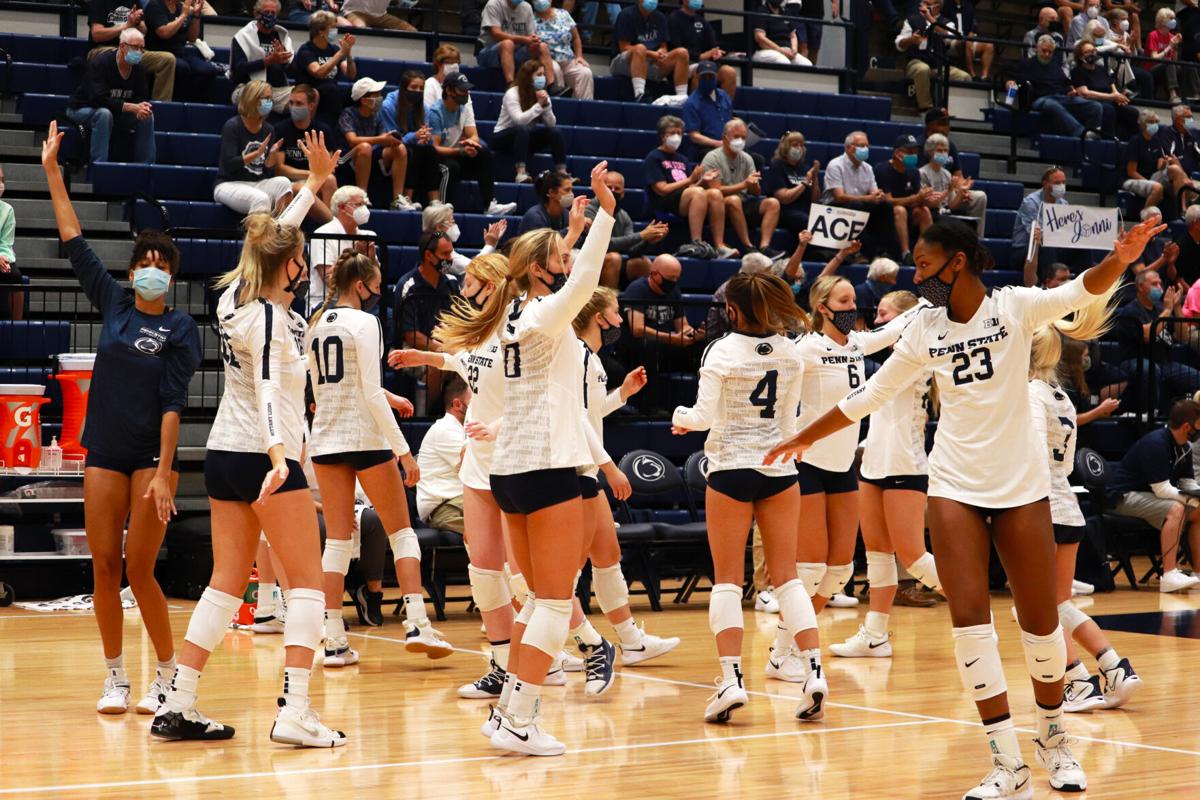 Members of the Penn State women's volleyball team dance to the warm-up music before their first set in their game against Oregon at Rec Hall on Saturday, Sept. 4, 2021. Penn State beat Oregon 3-0. 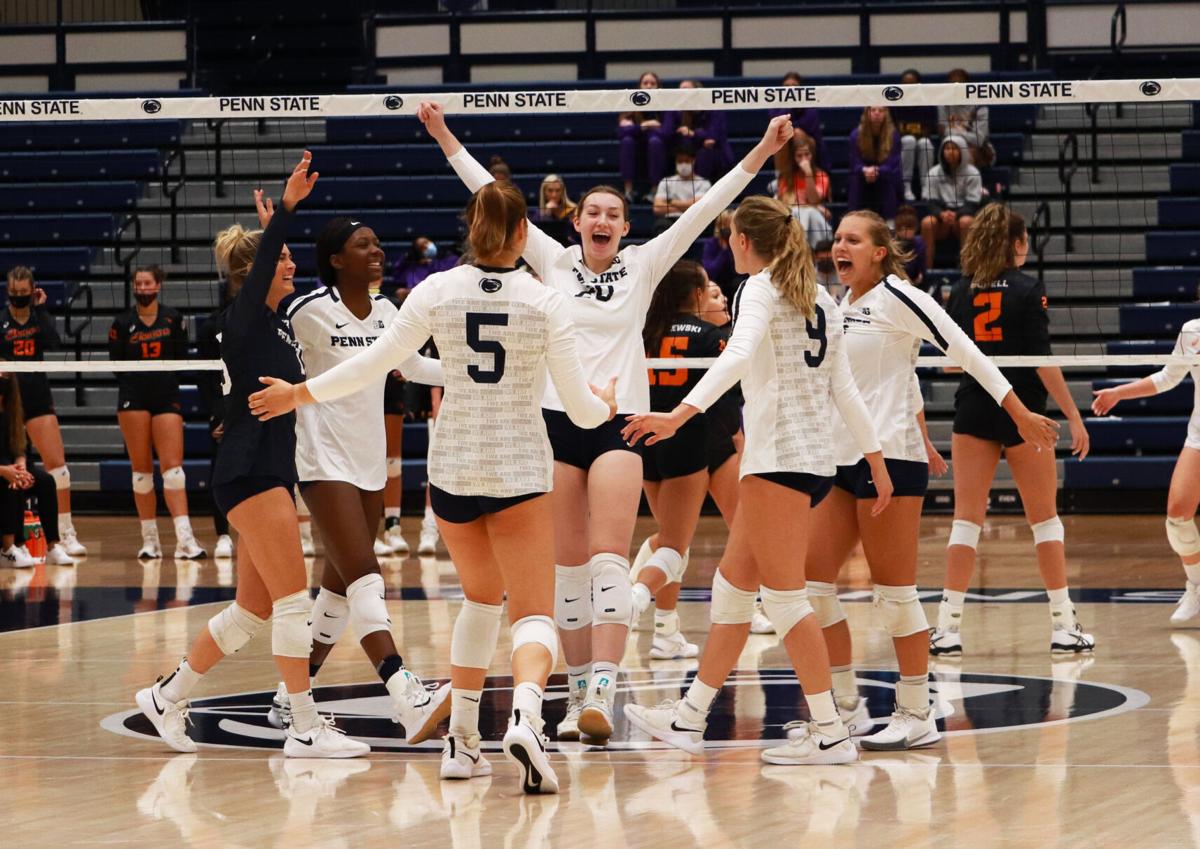 Coming off a rough weekend on the West Coast with losses to Stanford and Oregon, No. 20 Penn State had an opportunity to rebound against unranked Robert Morris in the Morgantown Classic on Friday.

The blue and white took the victory against Robert Morris in straight sets to snap a two-game losing streak.

Russ Rose’s squad started off fairly slow in the first set but found itself up 10-8 early on. Leading the way early for the Nittany Lions was sophomore middle-blocker Allie Holland, who began the set with three kills.

As the first set progressed, the Nittany Lions gained control going up 15-11 midway through the first.

With Robert Morris making mistakes and senior setter Jonni Parker coming into the fold with three kills of her own, the blue and white looked primed to take the opening set with control.

Penn State would run away with the first set as the Nittany Lions would win 25-13 powered by a 5-0 scoring run.

Holland was the clear leader of the first set, finishing with four kills on a 1.00 hit percentage.

There were 15 total kills from five Penn State players. It was an all-around team effort to push into the next set.

The second set would begin in the same fashion, as Robert Morris took an early 5-4 lead to give its opposition a dose of resistance.

That resistance would continue later into the first set, with contributions from all around the Colonials’ team as they kept it within three at a score of 13-10.

Much like the first set, however, Russ Rose and company began to pull away midway through with senior outside-hitter Adanna Rollins putting up seven kills of her own.

The Nittany Lions would roll on to finish the second set 25-15, capped off with an impressive 4-0 scoring run.

There was seemingly little to no pressure on Penn State in the final set. From the start, the blue and white took a commanding 9-3 lead.

Penn State proved to be just a few steps ahead against the Colonials in the third, as it would dominate the set winning 25-13 on five straight points.

While it may not be the most impressive win in the books, getting the victory was important for the morale of Penn State.

After getting crushed in a 3-0 sweep to Oregon and collapsing to Stanford in the fourth set, the Nittany Lions earned a much-needed win on Friday.

Russ Rose clearly had his team prepared for the match as everyone who played in the game put together a strong performance.

Penn State will look to continue its winning ways in its next match against hosts West Virginia.

Rollins was big time for the team with 9 kills on a 0.538 hitting percentage, six digs and four blocks.

While the entire squad played well, Rollins was overshadowed by the efforts of Parker and senior middle-blocker Kaitlyn Hord against Stanford.

There were not enough contributions from the entire line-up during Penn State’s West Coast trip. While Parker has certainly been the team leader on the stat sheet, contributions from a player like Rollins takes a huge weight off the rest of the squad’s shoulders.

While a 3-0 sweep is certainly as good as it gets for Penn State, there were some negative trends that could be cause for concern.

In the first two sets, Robert Morris hung around for a little longer than it should have. These slow starts are going to be more and more difficult to recover from once conference play begins.

If the Nittany Lions want to be in the conversation for one of the top teams in the nation, they are going to need to start stronger — especially against unranked competition.

Penn State earned its second victory of the day with a three-set win over previously undefeated West Virginia Friday night.

Nate Lather is a men's hockey reporter at The Daily Collegian. He is a sophomore majoring in journalism.