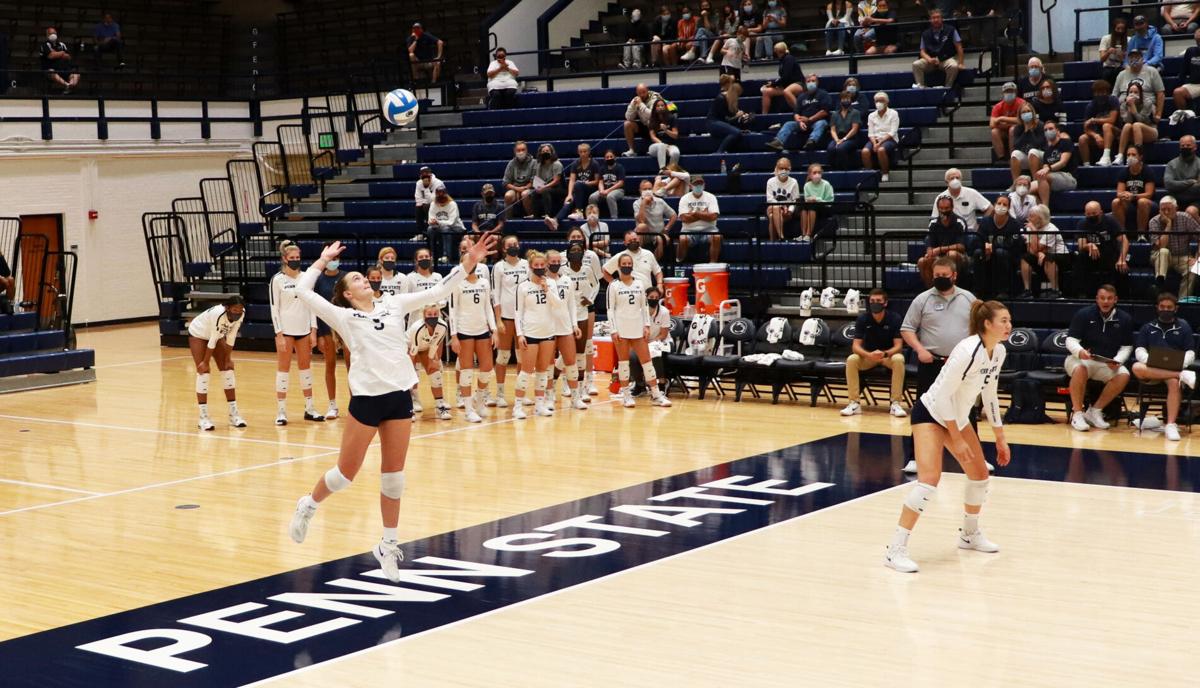 Outside hitter Erika Pritchard (5) serves the ball from the backcourt after taking possession of the ball from Oregon State during the Penn State women's volleyball game against Oregon at Rec Hall on Saturday, Sept. 4, 2021. Penn State beat Oregon 3-0. 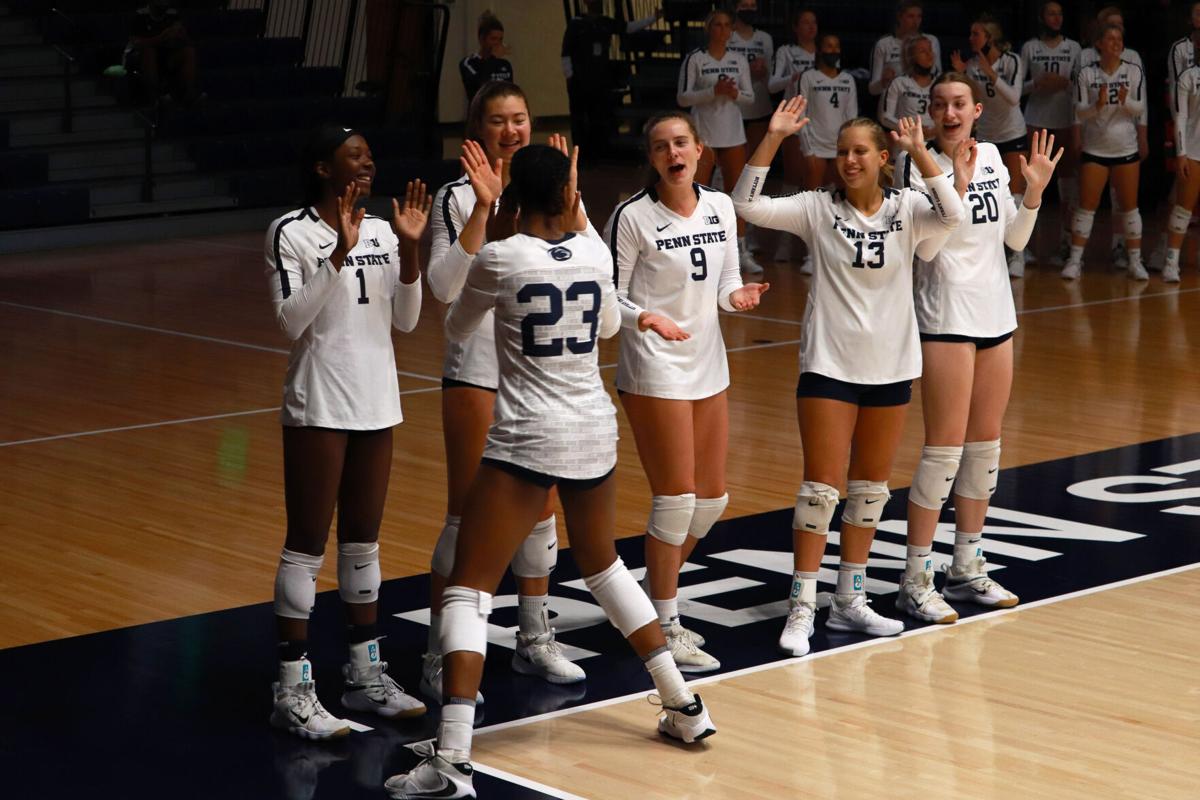 Penn State cruised to a straight-set victory in its Big Ten opener against Rutgers on Friday night.

The Nittany Lions began the first set on a 7-1 run as the Scarlet Knights struggled with a handful of early attack errors, and the blue and white ended with a 25-10 win in the frame.

Rutgers didn’t have much better luck in the second set, as the Nittany Lions took control almost immediately en route to a 25-12 set win.

A late Scarlet Knights rally made the third set close, but Penn State polished off the sweep with a 25-20 victory.

Penn State set the tone right out of the gate Friday.

The 7-1 run to open the match was boosted by six Rutgers attack errors, but the Nittany Lions played an incredible set in all aspects of the game.

The blue and white hit a remarkable 0.500 with only one attack error in the set, with senior outside hitter Erika Pritchard and her four kills leading the way.

It was a complete team effort for Penn State against the Scarlet Knights.

Five Nittany Lions finished with at least four kills and all five of those players hit over 0.300 in the match.

Additionally, Penn State flexed its presence in front of the net as it has so often early in the season.

Penn State’s transfer portal pickups have paid major dividends so far, and that held true once more against Rutgers.

Pritchard, a former Maryland Terrapin, finished second on the squad with nine kills, adding a block, two digs and a service ace.

Senior outside hitter Adanna Rollins, a Minnesota transfer, had nine kills of her own and chipped in defensively with eight digs.

Pritchard’s and Rollins’ experience in the Big Ten could prove to be vital as Penn State enters a critical stretch of its season.

Following a pair of wins Friday, Penn State checked in at No. 20 in the AVCA coaches poll fo…

After defeating Rutgers in straight sets, Penn State looked to carry its momentum from Friday into its match with Ohio State.