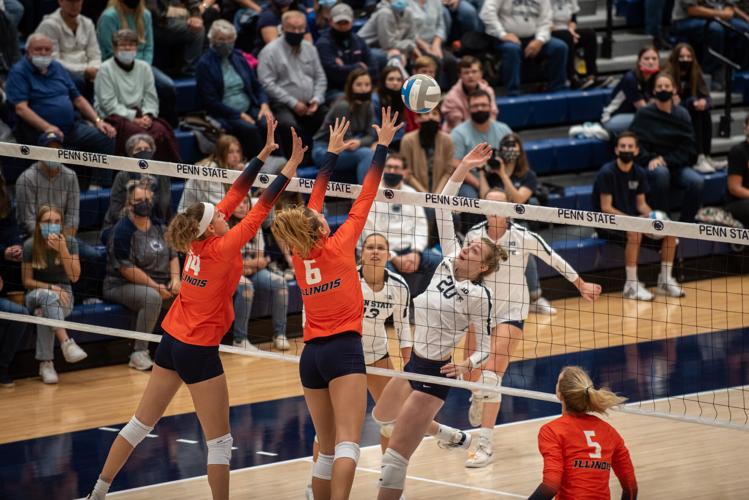 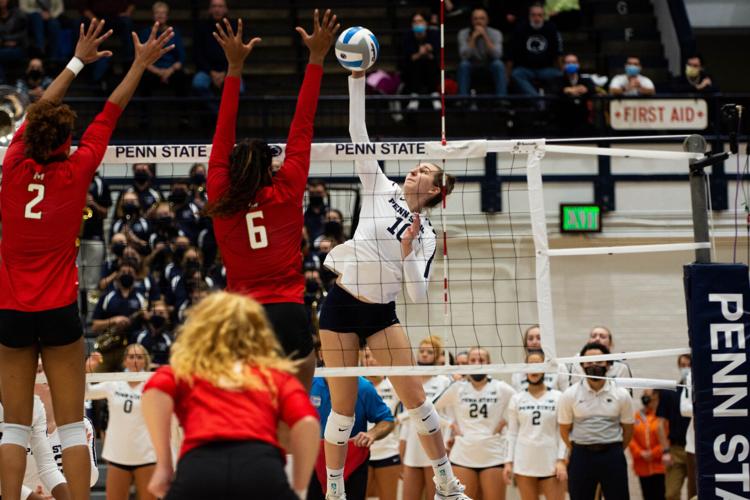 Coming off a stellar 3-0 performance at Rec Hall, Penn State is set to play three matches at the LSU Tiger Challenge this weekend in Baton Rouge, Louisiana.

The No. 21 Nittany Lions will do battle with familiar foe Iowa State to kick off the doubleheader on Friday.

On Saturday at 4 p.m, Penn State plays host school LSU for the first time in Baton Rouge since 2006.

Coach Katie Schumacher-Cawley was pleased with the team's performance at home and hopes to continue building off that momentum, emphasizing a strong start from the opening serve.

“I'm hoping that we are ready to go from the first whistle,” Schumacher-Cawley said. “I think that was something we struggled with on Saturday morning, and we weren't really ready to go and fresh, but we want to continue to create our own energy.”

In the first three matches of the year, the blue and white were able to manage each set by controlling momentum, with senior Zoe Weatherington leading the way.

With this being the first road series, the Nittany Lions will have to remain disciplined in order to put together another 3-0 weekend.

“I think it's just all about being resilient, coming back and being very disciplined in our game,” Weatherington said. “Ebbs and flows happen, but we want to have the most consistent game as we can, and I think that's what we're gonna do.”

Iowa State kicked off its 2022 campaign with a 1-2 record at the Rumble in the Rockies hosted by Wyoming a week ago, and will face its second ranked opponent in as many weeks when it plays Penn State.

The Cyclones dropped their opening match to then-No. 18 Creighton on Friday afternoon but rebounded nicely against Wyoming in a 3-1 win. To wrap up its first three-game set of the year, Iowa State lost to Wichita State in five sets.

Penn State and Iowa State have met twice in their history, with the blue and white taking both matches via 3-0 sweeps. The Cyclones were selected to finish third in the 2022 Big 12 preseason poll, and had one member of the team on the All-Big 12 preseason team — Eleanor Holthaus.

Holthaus has been a mainstay in the Iowa State lineup since her debut as a freshman in 2018 and is back for her fifth season with the Cyclones. As a first-team All-Big 12 selection the past three years, Holthaus led the way this past weekend with 42 kills in three games.

For Penn State, communication will be key on serves as Iowa State totaled 32 service errors, double what its three opponents achieved this past weekend.

Penn State and Troy will play for the first time ever Friday night in the second game of the Nittany Lions’ doubleheader.

The Trojans were in Athens, Georgia, for their first three games at the Classic City Clash. After its opening night loss to Georgia, Troy was able to pick up back-to-back wins against Santa Clara and Chattanooga.

This will be the first time the Trojans are facing a ranked team this year, with the match serving as the second game of the day for both teams.

Troy was selected to finish third in the Sun Belt’s west division, good for sixth overall in the conference. The lone preseason All-Sun Belt selection from the Trojans is Julia Brooks, a junior middle blocker from St. Louis, Missouri.

Troy is also led by one of the best passers in the country. Amara Anderson currently ranks 24th in all of college volleyball, totaling 129 assists across 12 sets.

Penn State will need to continue playing well at the net as the Trojans also feature sophomore outside hitter Tori Hester who tallied 55 kills, 23 digs and five aces across three matches.

Penn State and LSU will meet for the fourth time in the history of the two storied programs. The Nittany Lions have a 3-0 record against the Tigers, picking up a win last September in Rec Hall.

LSU is coming off a rather disappointing weekend at home in the Tiger Classic, as an opening night sweep against Samford was met with back-to-back losses against Houston and Rice.

The Tigers feature preseason All-SEC selection Anita Anwusi, a senior middle blocker from Houston, Texas, who tallied 21 kills and 12 blocks during its three matches past weekend.

For Penn State’s Taylor Trammell, a junior middle blocker, one of the keys to success this weekend revolves around continuing to build connections with her teammates.

“On the court in practice, we work on communication a lot,” Trammell said. “Trust is key and we know that we can count on everyone on our team to do what they need to do.”

Teamwork makes the dream work, as No. 21 Penn State looks to keep on building its chemistry …