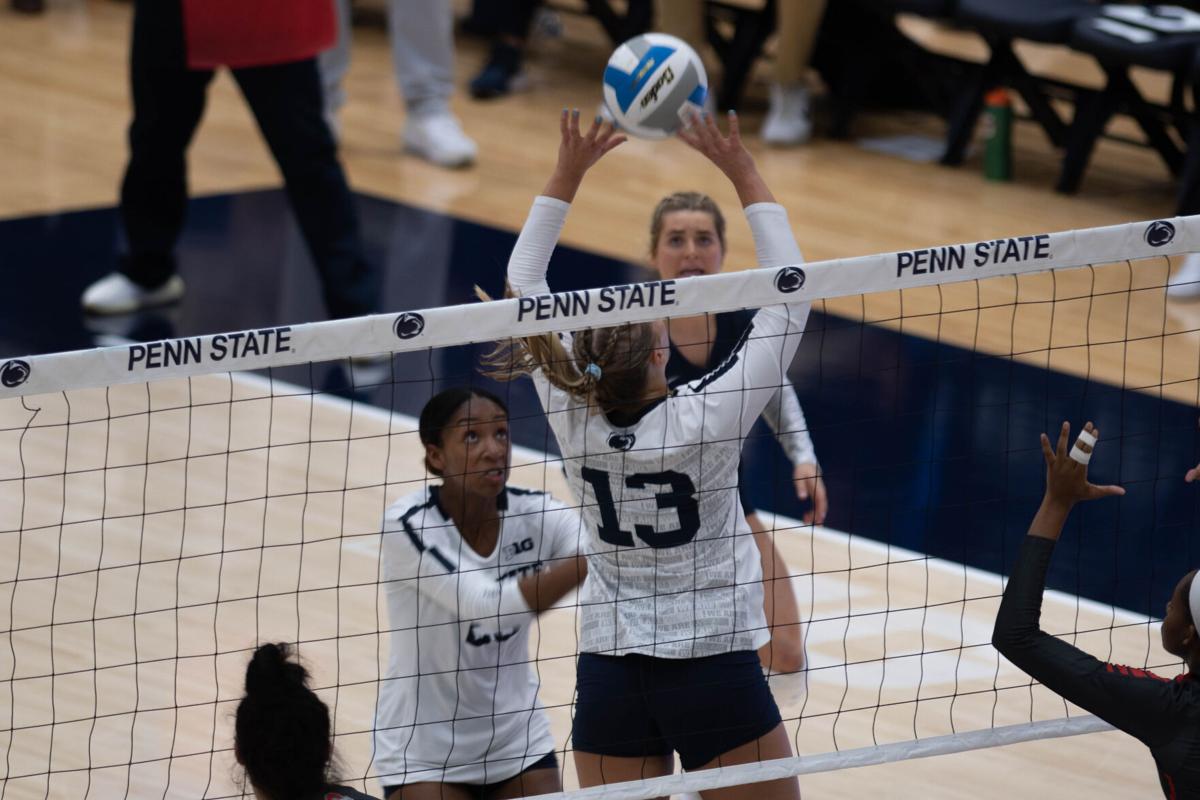 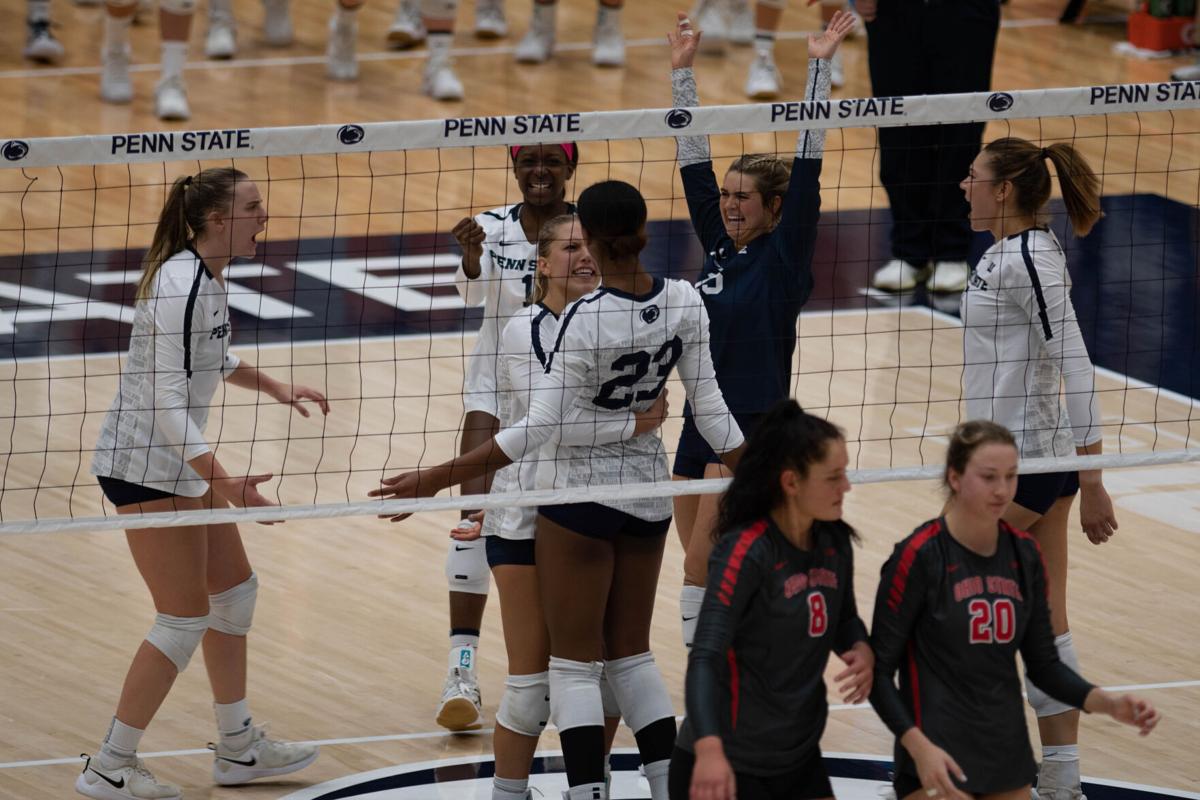 Penn State had solid control of every set but one in its win Saturday over Northwestern.

The blue and white failed to sweep the Wildcats and instead dropped the third set 25-23.

This marked the third time in a row that a Penn State match ended in four sets, with only two of three ending up as victories.

One player who contributed to Northwestern’s stolen set was junior outside hitter Temi Thomas-Ailara, who held a massive presence throughout the matchup.

Thomas-Ailara was dominant both at the net and in the service area, finishing the match with 18 kills for the Wildcats.

Russ Rose said Northwestern is like the rest of the teams in the Big Ten in terms of having a multitude of talent on the roster. He added that Thomas-Ailara has the ability to cause major problems for any team she faces.

“Northwestern is like all of the teams in the conference, they have good personnel,” Rose said. “Thomas, the left side hitter, is capable of dominating a match against anyone.”

The longtime head coach said his team had several opportunities to take control in the third set, but it didn’t convert but Thomas-Ailara did.

Those opportunities came towards the end of the set as Northwestern was in control for most of the third.

The set opened back-and-forth and the teams found themselves knotted at three but Northwestern went on a 7-1 run to take an early 10-4 lead.

The squads would evenly split the next 12 tallies before Northwestern took the next point, giving them a 17-10 lead and prompting Penn State to call a timeout.

The timeout made a clear impact as Penn State quickly found itself back into the game.

The teams were tied once again at 23 before the Wildcats closed out the set with two consecutive scores.

Rose cited a few tactical errors that his team made during the third set as part of why it was unable to close out its opponent.

“We had three overpasses that we didn't convert on,” Rose said. “You need to have a real high level of those conversions in this conference if you want to be successful.”

Despite the pitfalls, Rose said he was happy with how several players performed in the win, including senior setters Jonni Parker and Gabby Blossom.

“I thought Jonni and Gabby played very well tonight,” Rose said. “Both middles scored well. When we get the ball to the middles that's a good thing for us.”

Blossom put up 45 assists and 15 digs on the night for the Nittany Lions.

Saturday marked the eighth straight time Penn State has beaten Northwestern and the ninth time in the last ten faceoffs between the two.

The Nittany Lions hold a 40-3 all-time record against Northwestern including a 23-0 perfect record at home all-time.

The last time the Wildcats claimed victory in a head-to-head matchup with Penn State was on Oct. 10, 2015, in Evanston, Illinois.

Heading into its game with Northwestern, No. 13 Penn State was coming off of a tough four-set defeat to No. 10 Nebraska the night before.

Rose was happy with his team’s play in a bounce-back win despite the dropped third set.

“I thought we came out well in the fourth game,” Rose said. “I'm pleased with tonight's results, especially with how we played last night.”

In the latest AVCA Volleyball Poll this week, Penn State secured the No. 15 ranked spot.