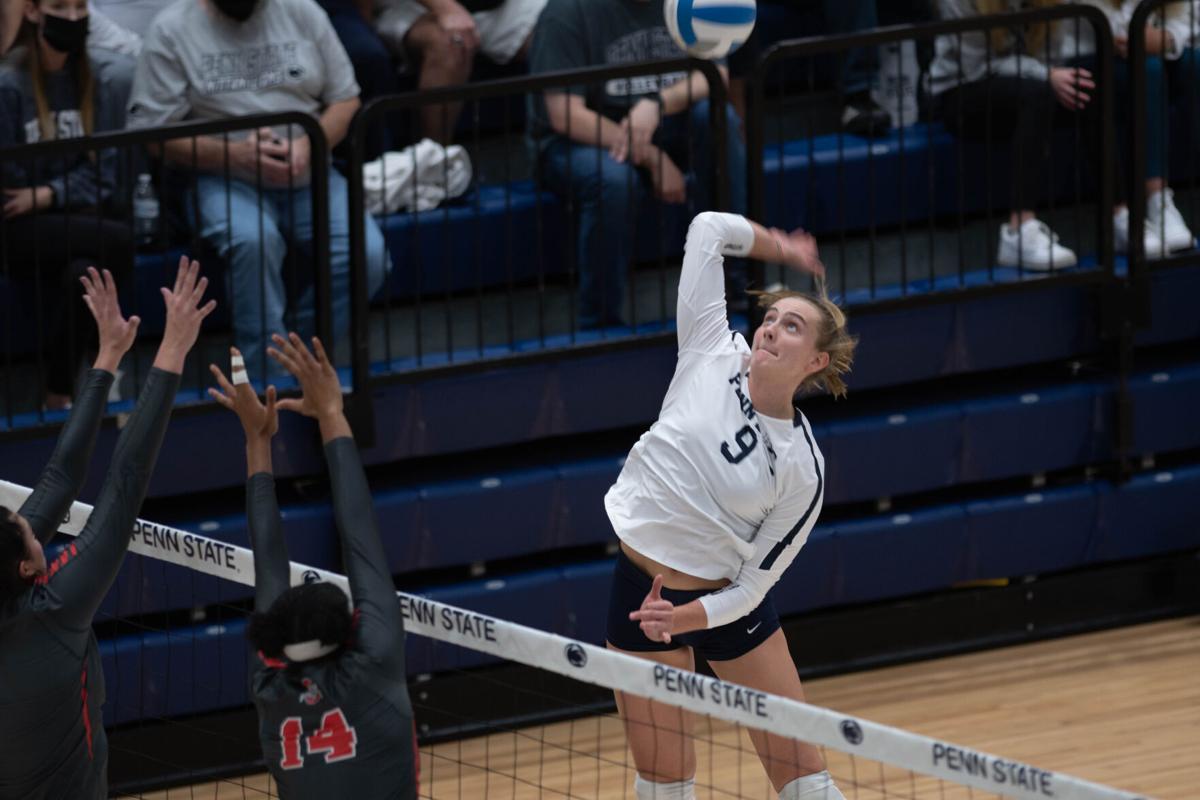 Right side Jonni Parker (9) spikes the ball during the Penn State women's volleyball game against Ohio State at Rec Hall on Sunday, Sept. 26, 2021, in University Park, Pa. The Nittany Lions defeated the Buckeyes 3-0. 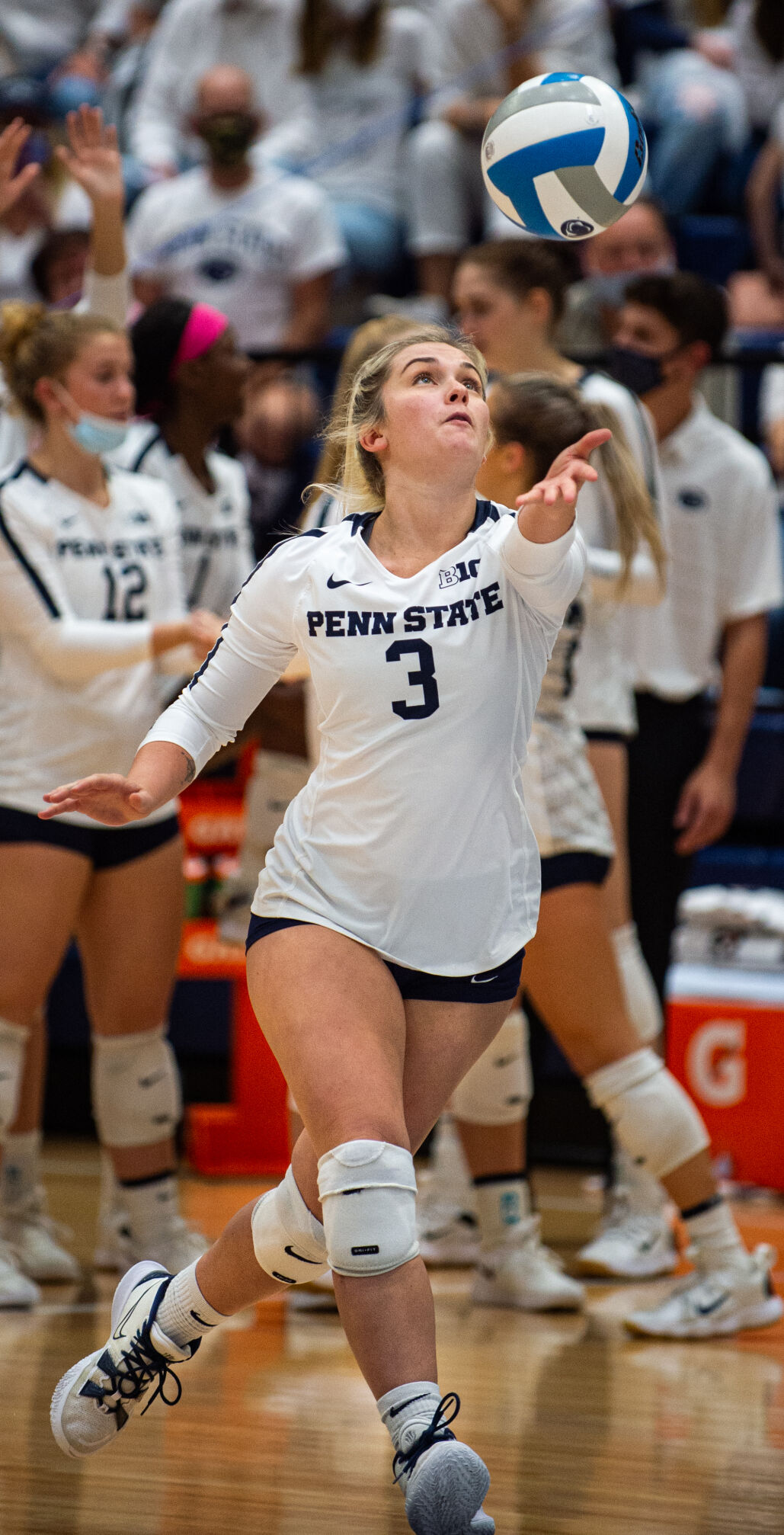 Penn State controlled its match against Rutgers Friday night at Rec Hall en route to its second victory over the Scarlet Knights this season.

Sparked by a match-opening 7-1 run, the Nittany Lions polished off the first set with ease in a 25-17 victory.

The blue and white fell behind 2-0 in the second frame, but picked up the next six points, eventually cruising to a 25-10 win.

Rutgers held a slim lead for the majority of the third set and was able to hold on for a 25-22 victory to extend the match to a fourth set.

The Scarlet Knights again put up a fight in the fourth, but Penn State finished off the match with a steady 25-18 victory.

Here are three takeaways from the Nittany Lions’ four-set win.

Hord led the Nittany Lions with 16 kills on .667 hitting and recorded double-digit kills for a third consecutive contest.

Hord got the blue and white on the board with the first two points of the match and was especially dominant early on in the first two sets.

Penn State made quick work of Rutgers in the teams’ two meetings this season — continuing a trend dating back decades.

In 19 matches between the sides this century, the Scarlet Knights have yet to defeat the blue and white — although they were able to win their first set against the Nittany Lions since 2001 Friday.

In similar fashion to the squads’ first match on Sept. 24, Penn State set the tone right from the jump, putting together a first-set run that propelled it to a momentum-building first-frame victory.

Despite the final scoreline, Penn State struggled with attack errors in the first set, picking up six to Rutgers’ three.

The Nittany Lions finished with eight more attack errors than the Scarlet Knights in the match — although having 19 more attack attempts played a role in that disparity.

Nonetheless, the blue and white ensured those mistakes weren’t a factor in the long run.

After a loss to then-No. 10 Nebraska and a win over Northwestern, No. 15 Penn State is looki…

It was Sept. 24 when Penn State swept Rutgers, keeping a 20-year streak of straight-set victories alive against the Scarlet Knights.