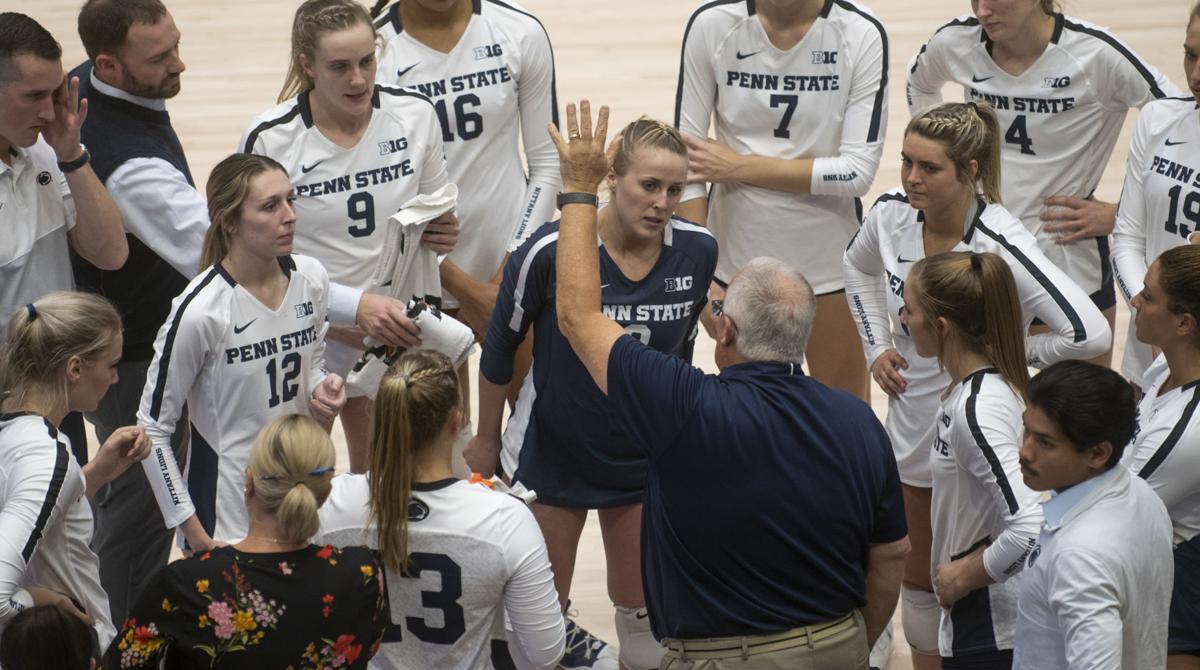 The team comes in for a timeout during the game against Illinois on Wednesday, Oct. 23, 2019 at Rec. Hall. Penn State defeated Illinois 3 sets to 2. 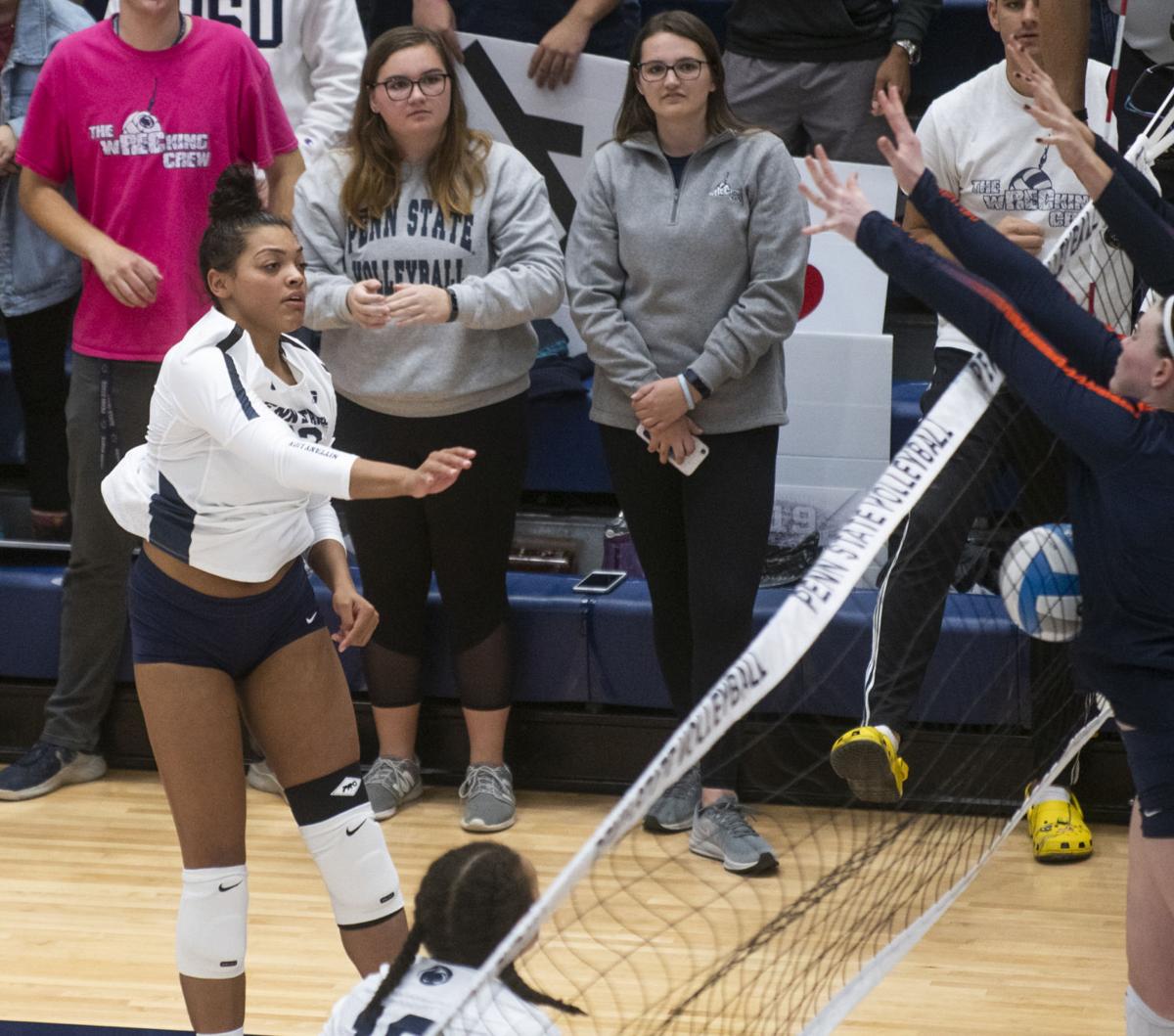 Allyson Cathey (22) makes a hitting error during the game against Illinois on Wednesday, Oct. 23, 2019 at Rec. Hall. Penn State defeated Illinois 3 sets to 2.

Penn State’s strength this season has now moved from the front of the court to the back.

The Nittany Lions came into Wednesday night’s match with a five-game winning streak, and remained at No. 8 in the polls.

Yet, the ranking doesn’t paint the full picture.

Being a top-10 team means consistently putting out high level performances and succeeding in all-around talent — offense, defense, and serve-receive.

Penn State still maintains its signature defense, yet this season has seen the Nittany Lions struggle to find uniqueness among the hitters and has led to offensive struggles at times.

The hitters for No. 17 Illinois also didn’t play at the level of their ranking, but perhaps exceeded expectations with its strategy and precision.

With four Illinois players having double digit kills, the team’s execution was a major factor in the match.

Out of all four players, the lowest hitting percentage was .162 at the end of the five-set match.

Russ Rose is aware of the team’s lack of depth within the hitters compared to its back row’s formidability. Rose also knows that they cannot rely on hitting alone to get themselves out of situations.

“We do not have the plethora of hitters to say, ‘Do not worry about passing, we can hit our way out of trouble.’ This is a team that we need to pass very well,” Rose said.

In past matches, this trend was starting to become more apparent. Once Big Ten conference play started, the flaws on the front line were becoming an advantage for opposing hitters and teams.

Junior Erika Pritchard from Maryland is the leading outside hitter for the Terrapins, and is a force on the front line for the unranked team. With two fairly new outside hitters for Penn State, the team has its work cut out for it.

Gorrell, in her final season on the Penn State roster, is still getting acquainted with the outside hitter role after serving as a middle blocker for the majority of her career.

Cathey in a full time outside hitter playing position this season is continuing to build off of her skills that she had gained from the experience she had in her rookie season.

Pritchard is a 2018 First Team All-Big Ten, AVCA All-North Region and Volleyball Magazine Honorable Mention All-American. Not only was her previous season something to be in awe of with the high awards to prove it but as of Oct. 23, has a total of 298 kills within 21 game time period.

In the match against Penn State, Pritchard had 19 kills and seven digs.

“I do not think you can get distracted when they do something really good because they are really good,” Rose said. “You just have to recognize that the top players are going to get theirs, and you have to have a game plan to try and get the points necessary that your team needs to be successful.”

Statistics and the outcomes of matches hold a high importance as to who is chosen to be apart of the AVCA Coaches Top 25 teams.

Yet looking into box scores and the season’s schedule can make a team look completely different than how it actually competes.

“Their [Illinois’] record is very deceiving because of who they have played up to this point in time in the conference. Their schedule is a little more deceiving than their record,” Rose said.