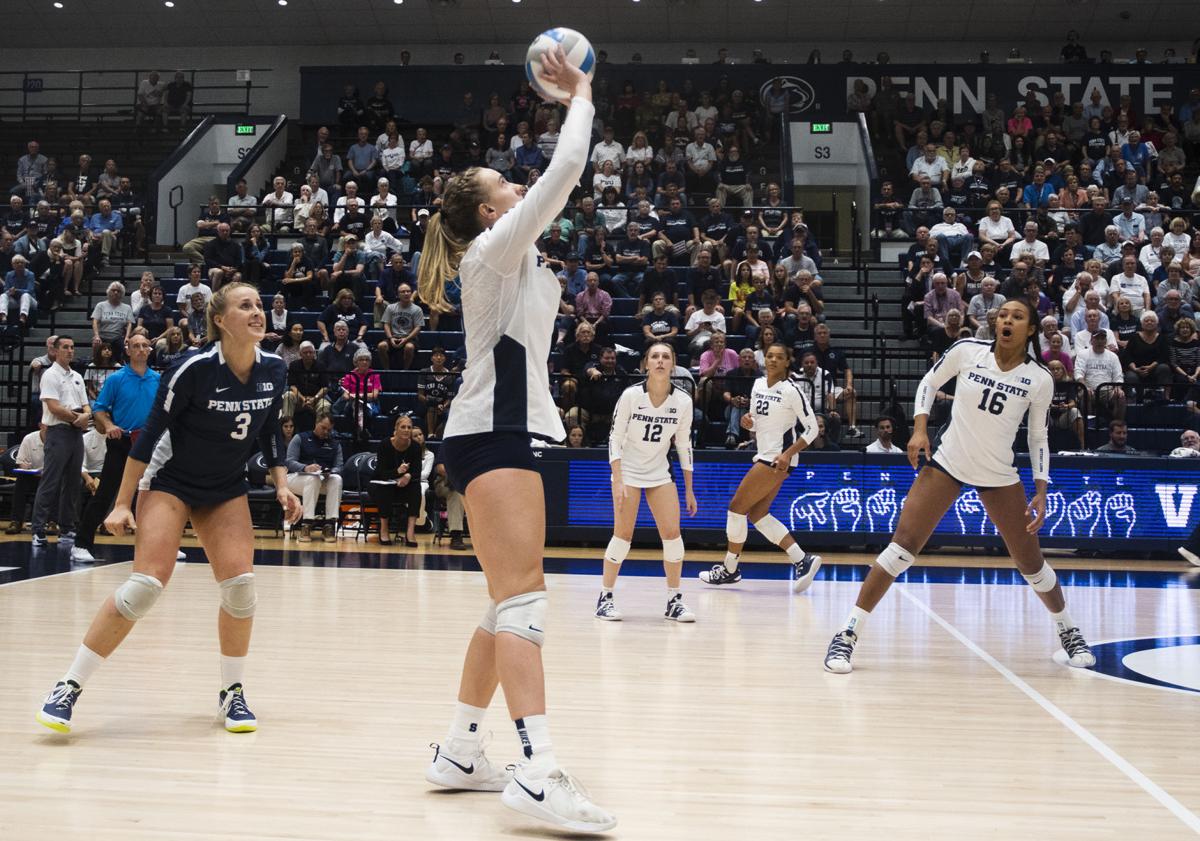 Right Side Hitter, Jonni Parker (9) sets the ball during the game against Michigan State. Penn State defeated Michigan State 3-0 in the Recreation hall on Wednesday, Sept. 25, 2019. 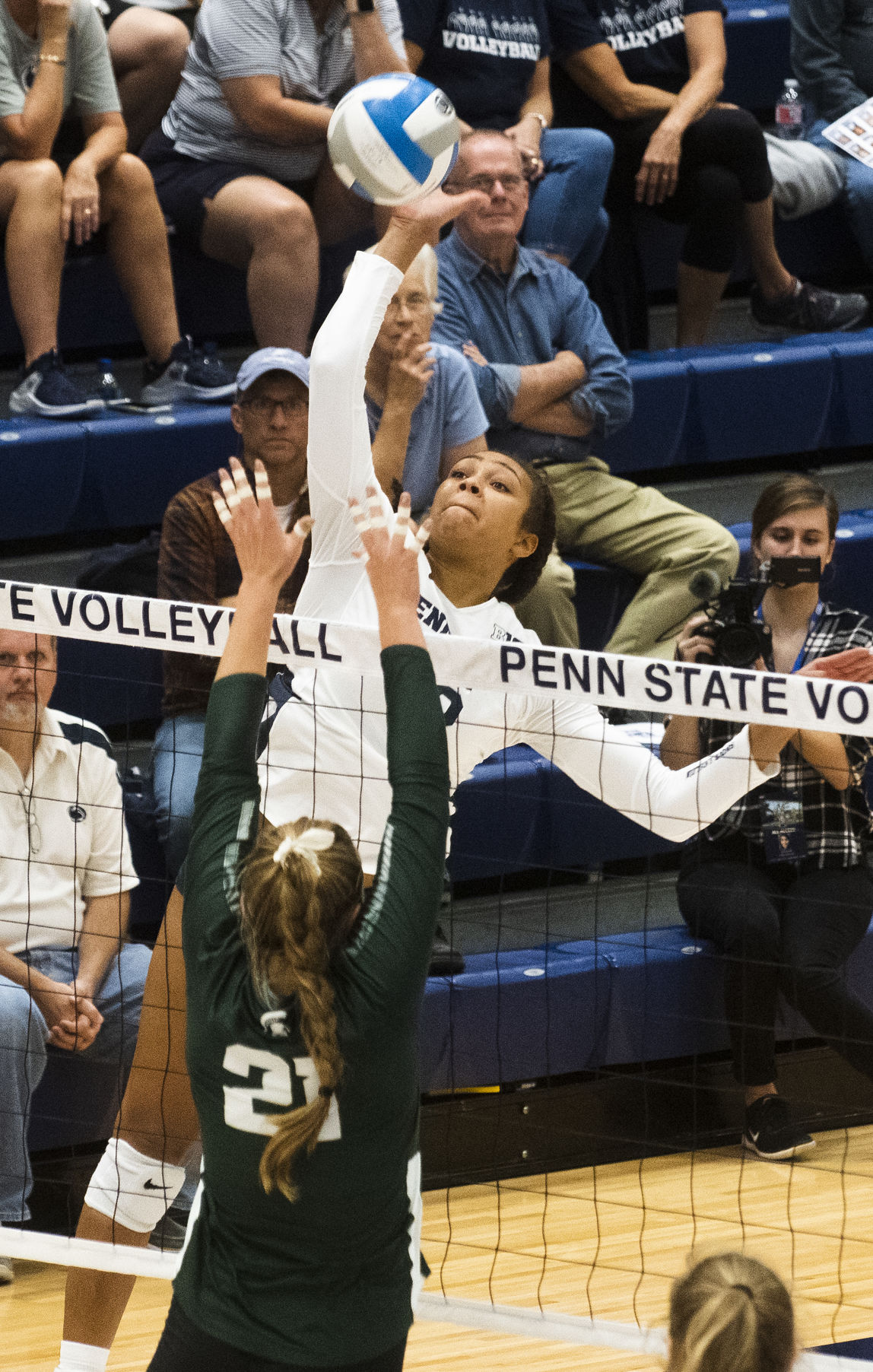 There were signs of a reenactment of the Michigan State game, but Penn State was able to tune up and fix its error problem.

After five early errors before the ten-point mark, the Nittany Lions remained error-free for the rest of the first set and rode a consistent front plus a strong service performance for a 25-15 first set.

“You also know that when you're at home, you'd like to think your kids are always going to have a little advantage of serving, having a little more comfort and serving and passing and, you know, I thought we did a better job to get the ball,” Russ Rose said.

The first two sets also saw Rutgers commit about twice the amount of errors when compared to Penn State, hampering its chances against a top-ranked program in the Nittany Lions.

Another facet Penn State cleaned up was the service game. Although the Nittany Lions were still plagued by the occasional service errors, they do have a couple of aces to show for.

The biggest improvement is in the overall consistency of serving, with the team being able to string together runs of points unlike the Michigan State game, where both teams exchanged services frequently.

The Nittany Lions also found their stride in the hitting game with a collective hitting percentage of .315. Two of their kills leaders in Serena Gray and Kaitlyn Hord both hit over .500 with eight and seven kills respectively. Jonni Parker led the team with 12 kills, while Allyson Cathey chipped in with seven kills of her own.

“I think our biggest goal is to pass the ball, so we can run the middles,” Allyson Cathey said. “When we run on and we're in a system like that opens up stuff for the outside. So when our whole offense is good as a whole, we’re good as a team.”

Perhaps the best of the positives in a sweep like this was to see the diversity of the team showing up. Macall Peed, Lauren Clark and Emily Oerther all played prominently in the second set, with Rose the most impressed by Oerther’s performance.

“I thought Emily [Oerther] you know, I thought the setter did a nice job and she puts up a good block,” Rose said. “And you know, I wish she was a little more vocal. But she's certainly way more physical than Gabby and I think that's something that we have to use at some point in time.”

Looking forward to the matchup in Wisconsin, Rose believes the team still needs tuning up.

“We'll have to clean some things up and, you know, that's part of sports is seeing how players are going to handle the different situations,” Rose said.