You are the owner of this article.
Edit Article Add New Article
You have permission to edit this article.
Edit
Home
Latest
News
Sports
Football
Opinion
Lifestyle
Multimedia
Join
Subscribe
Share This
Women‘s Volleyball • Click for more stories •
1 of 2 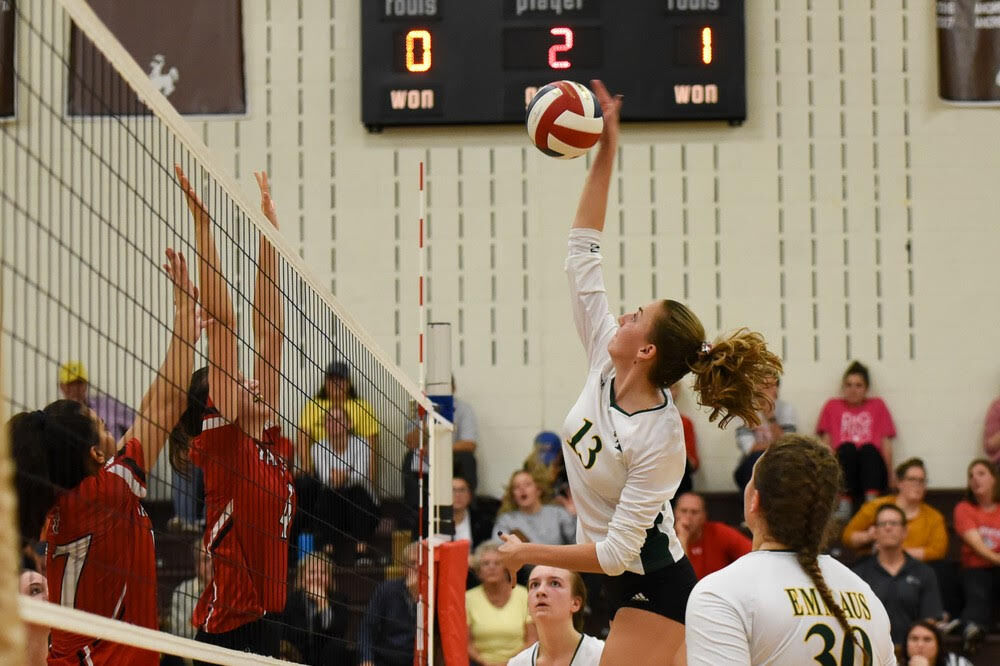 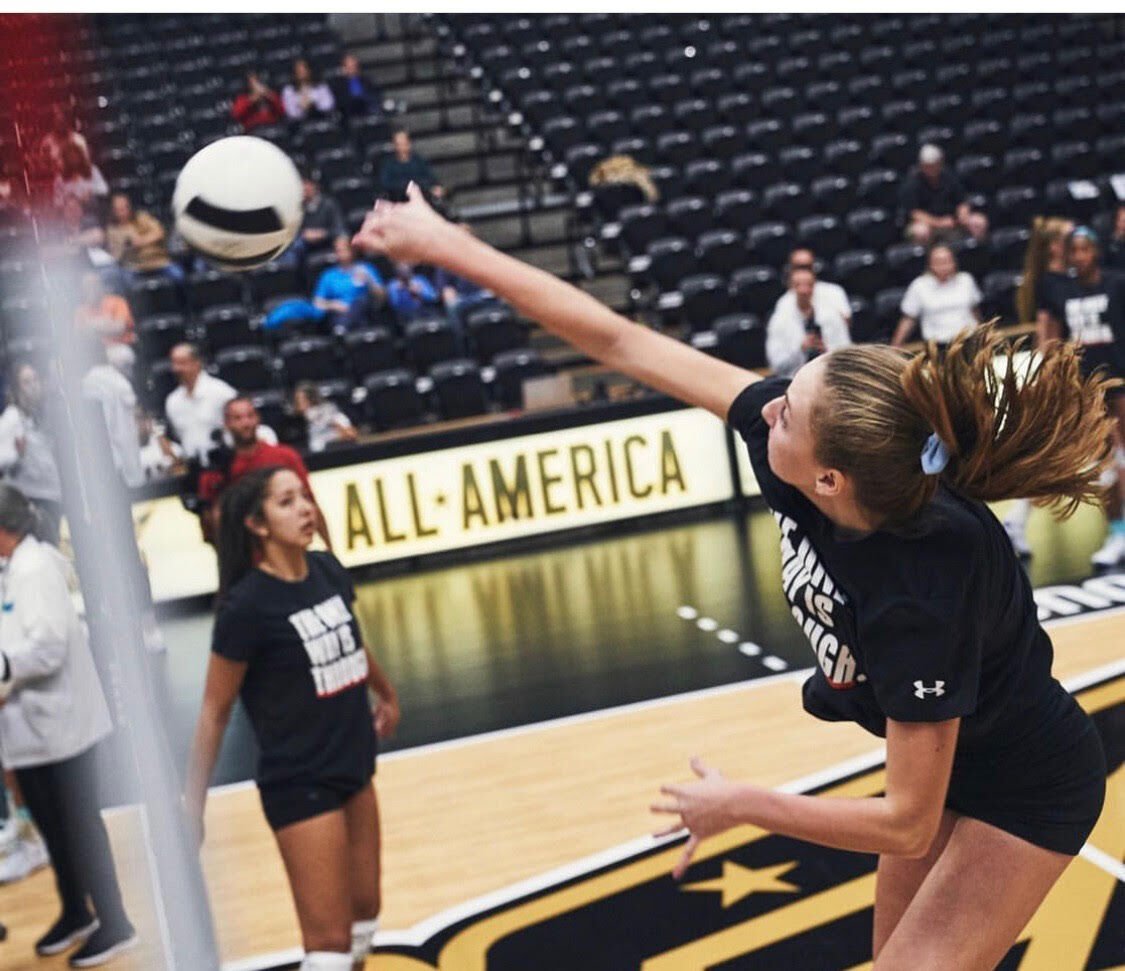 Since the moment she took to volleyball, Macy Van Den Elzen has been a special player, and her motivation stems from something far bigger than the sport itself.

Off the court, her efforts make her a real-life superhero to her brother, Reid.

Reid Van Den Elzen was diagnosed with autism at an early age, but his sister Macy, a freshman on Penn State’s women’s volleyball team, has helped raise thousands of dollars through her volleyball play in support of him and his fellow classmates.

“Macy treasures her brother. She’s truly the third parent of the house,” her father Michael Van Den Elzen told The Daily Collegian. “When she’s away from him, the first question out of her mouth is always ‘How is Reid?’ She wholeheartedly understands the challenges her brother faces every day. They have an indescribable bond.”

Macy was introduced to the game of volleyball by way of the 2012 Summer Olympics.

It was Olympic gold medalists Misty May-Treanor and Kerri Walsh-Jennings who grabbed the attention of the young Van Den Elzen.

“I did want to play a sport when I was younger, but I just didn't know which direction [I wanted to go in],” Macy said. “Watching the connection between Misty May Treanor and Kerri Walsh Jennings when they were playing, I just got this gut feeling like I want to be a part of that and I want to try that.”

It was no more than a week later that Macy and her family received a call from their local church asking if Macy would be interested in playing for the church’s team.

From there, the sport opened the doors for Van Dan Elzen in ways neither she, nor anyone else, thought were possible.

Due to his sensitivity to noise, Reid was never able to attend any of Macy’s volleyball games.

Macy’s parents, Michael and Jennifer, would share the duties of traveling to and from volleyball tournaments with Macy and staying home with their son.

“We shared traveling time with Macy during her club volleyball career,” Michael said. “One of us needed to stay at home to care for Reid. We were the Clark Kent and Superman of volleyball, you only ever saw one of us at a tournament. We were fortunate to livestream most of the games for each other and for Reid to watch.”

Although the situation was challenging, the volleyball star understood why it was necessary.

She also said the “indescribable bond” between her and her brother transcended, and was an integral part of everything she did on and off the court.

“I understood that I needed to be the big sister and protect him at all costs,” Macy said. “That was pretty much the gist of it. I love him so much and I never could imagine what he goes through every single day sensory wise, and just socially.”

Once she was notified by her coach that she would serve as the team’s outside hitter on the varsity squad as a freshman, she took it as a responsibility and a platform to help her younger brother in bringing awareness to the disorder.

“I was talking to my parents about how I wish I could just do more, because as a freshman, if I'm going to be playing all four years on varsity, there has to be a way where I can give back to my community,” Macy said. “Then my parents and I kind of came up with the idea of why not just raise money for my brother's autism support program and his school. So I counted every single kill that I got. For those four years at high school, I would donate one dollar [for every kill].”

Macy and her family were able to involve other family members and co-workers to participate in her cause by matching her number of kills with one dollar of their own.

While the donations ultimately helped Reid out, Van Den Elzen's father said he noticed that Macy’s efforts to raise awareness paid off for her as well.

“At that time, she was struggling with the fact that Reid could not be at the games due to his sensory needs,” Michael said. “We couldn’t have been more proud to hear her idea to include him. This was also her way of motivating herself.

“He has always been and continues to be a great source of inspiration to her. It was her very personal way of paying forward her gifts.”

Over the course of her four-year varsity career, Macy raised approximately $10,000 in support of Reid and his program.

The growing awareness of Macy's cause allowed more donors to join her charitable cause.

“Looking back, we never imagined she would raise over $10,000 in her high school career,” Michael said.

Brittney Miller is a behavioral analyst who has been employed by the Hogan Learning Academy for over six years and has worked with Reid for over a year and a half.

She and the rest of the staff at Hogan have been able to use Macy’s donations to purchase equipment and materials to better the learning and social experiences for students.

Miller said many of these new materials the academy has been able to purchase with Macy’s donations have enriched the learning experience for all of the students.

Technology is something the students at Hogan have expressed a specific interest in, not only from an educational standpoint but for recreational purposes as well.

Miller shared how prior to the donations, it was a struggle to incorporate technology for students, but the purchase of three additional iPads has allowed access to this technology for the desired purposes.

After previously canceling the season, the Big Ten announced that a football season would be…

Along with this, Miller has also been fortunate enough to witness the benefits of Macy’s donations first hand.

“Because we were able to purchase all of these items specific to the classroom and specific to the students, we have a lot more opportunity to really enhance our behavioral programming, and further reduce all of those problem behaviors that may be dangerous or unsafe,” Miller said, “and really increase the alternative behaviors that are appropriate and safe for the students to be learning.”

Over the course of her four-year charitable campaign, Macy was able to help install a small kitchen that was used to promote self-help skills and remodel the sensory room in Reid’s classroom.

The money she raised also helped pay for special field trips that were not financially possible prior to her contributions.

“I love getting a text from this one teacher that my brother has and she's like, we were able to do whatever today, and it was all because of you,” Macy said. “I just get choked up thinking about it because I'm like, 'Wow, I did that for those kids.'”

Macy Van Den Elzen’s talents on the volleyball court have allowed for the chance to give back and help others, more than she or anyone originally thought was possible.

More than anything though, it gave her the ultimate sense of purpose.

“I love him so much. And I never could imagine what he goes through every single day...” Macy said. “So as a big sister, I've always wanted to protect him.”

Jason Donorovich, a former standout middle blocker at Penn State, was announced as an assistant coach at Baldwin Wallace in Berea, Ohio.