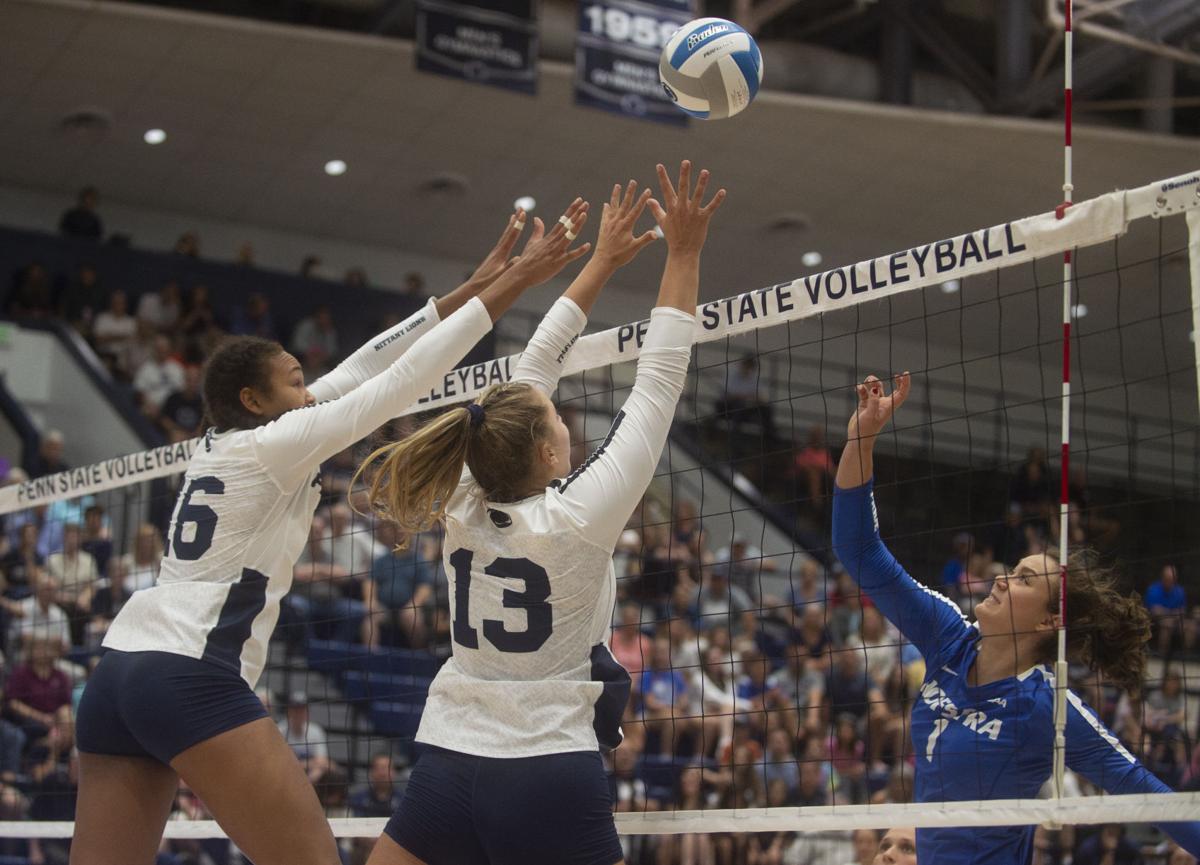 Blossom (13) and Gray (16) go up for the block during the season opener vs. Hofstra University on Friday, Aug. 30, 2019 at Rec Hall. Penn State Nittany Lions swept Hofstra Pride 3 sets to none. 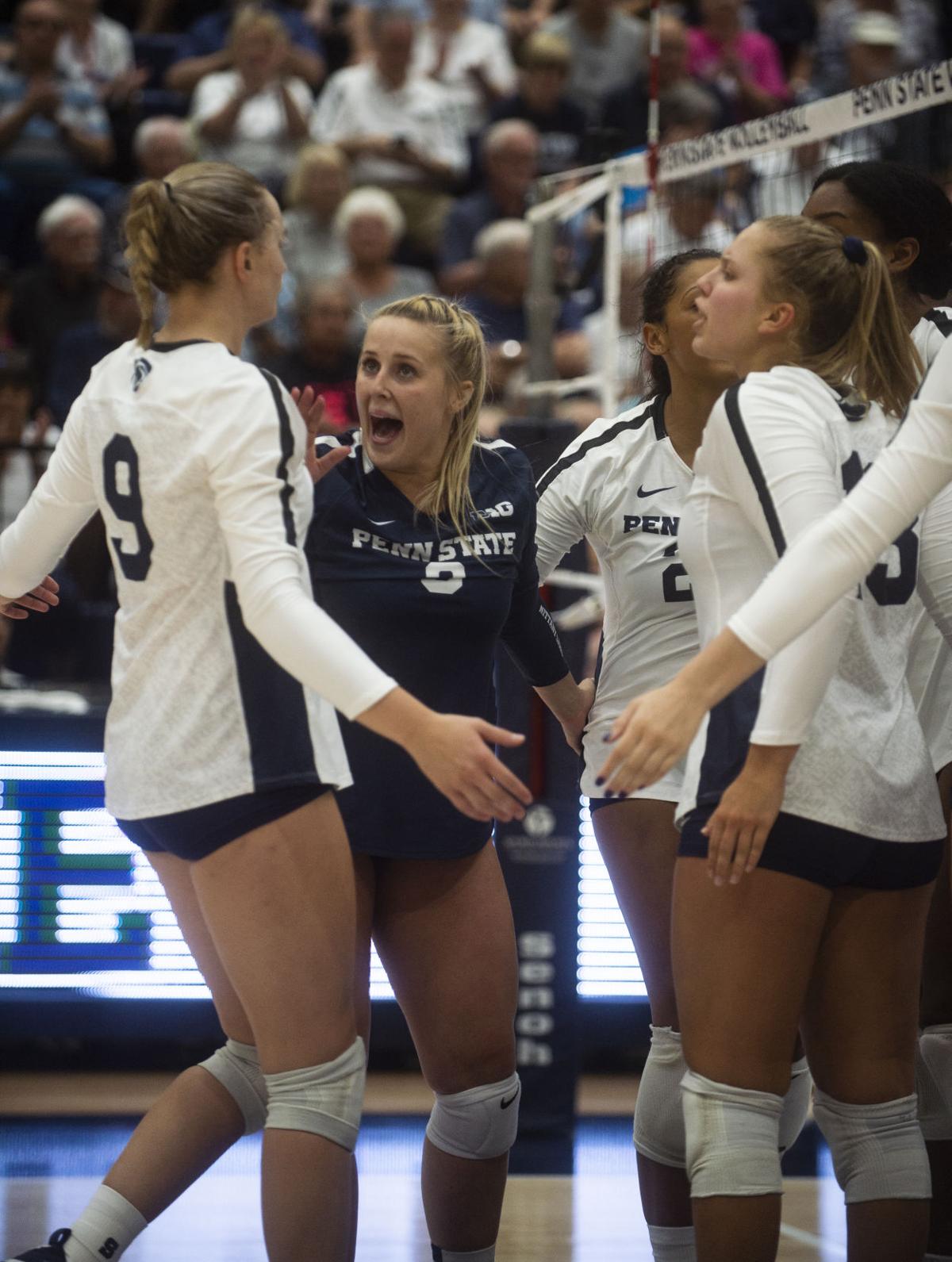 The team celebrates a point during the season opener vs. Hofstra University on Friday, Aug. 30, 2019 at Rec Hall. Penn State Nittany Lions swept Hofstra Pride 3 sets to none.

After the start of a successful home opener against Hofstra, Penn State seemed comfortable — almost as if the team had never skipped a beat from last season. With a new season and faces being introduced to Rec Hall, today’s match was an overall success seen in the eyes of coach Russ Rose.

“For an opening night match, it was a great crowd. I thought the student section was really ready to go. The band was ready. I thought we started first game well,” Rose said.

The volleyball program that Penn State has built over the past 40 years has made significant strides. With screaming student fans, crowds of people feet away from the court and immense roars from crowds, it can be intimidating at first glance.

Yet the team has found a home in the chaos and intensity Rec Hall offers. Jonni Parker, Gabby Blossom and Kaitlyn Hord all agree that playing a game here is filled with excitement rather than nerves.

“I do not really get nervous. I get a little bit of butterflies but they go away,” Hord said.

“I think they are not necessarily first game jitters, but it is always good to be a little bit on edge. So you are never not necessarily sleeping on anything, but you are always alert and aware of what is going on at the court,” Parker added.

Some of the biggest factors that add to the game are the ones that are not seen. Momentum and energy are arguably some of the most important factors to a game beyond skill and repetition.

The Nittany Lions had a successful opening set winning 25-13, but had a harder time in the second set only winning by less than 10 points.

“From the middle of that second set towards the end, you can definitely feel that momentum shift. I went into one of the timeouts and said, ‘We got to finish this game with momentum on our side’,” Parker said about the momentum transitioning from the first set to the following two.

Simone Lee, a former Penn State Women’s Volleyball player, said in an ESPN article that Rose has built a volleyball empire that is recognized nationally. Yet, Rose remembers a time when it was much simpler than that: a game of volleyball with no one watching.

“There are some special things that our players really appreciate about playing at home. Somebody like me who when we started had no crowd,” Rose said.

“I really appreciate the fact that so many people care about the effort of this group and of all the people that have helped build the program.”

Rec Hall has been the home for many successful sports team beyond volleyball, and the environment and loyalty from the fans does not go unnoticed. With 28 more games left in the season, today’s level of competition was a good welcome back to both the players and fans alike.

“I think it was a great way to open up the season. It was definitely the challenge we were looking for,” Hord said.

KJ Hamler met with reporters on Tuesday ahead of the NFL Combine, but the electric wide receiver, won't be competing in one key drill.