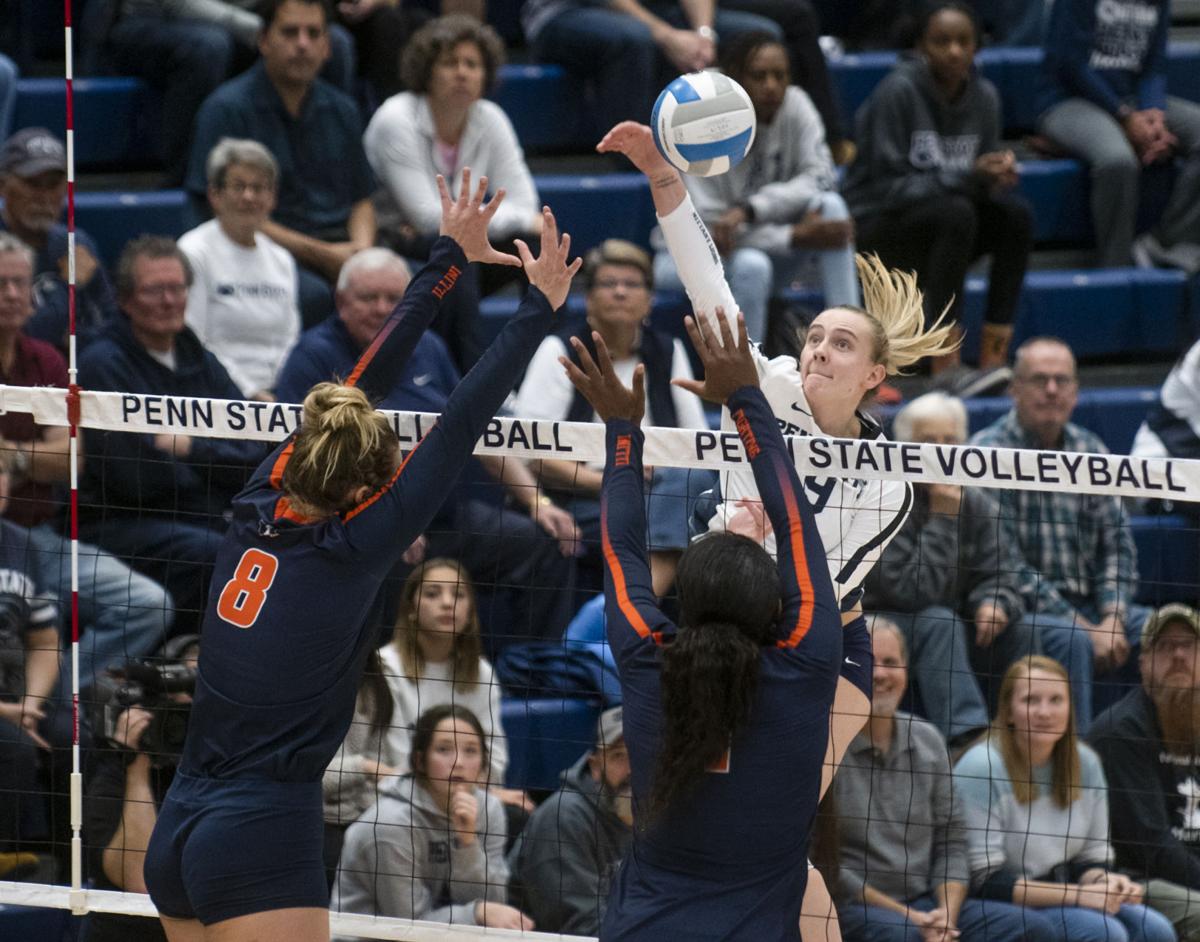 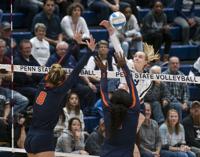 Jonni Parker (9) goes up for the attack during the game against Illinois on Wednesday, Oct. 23, 2019 at Rec. Hall. Penn State defeated Illinois 3-2. 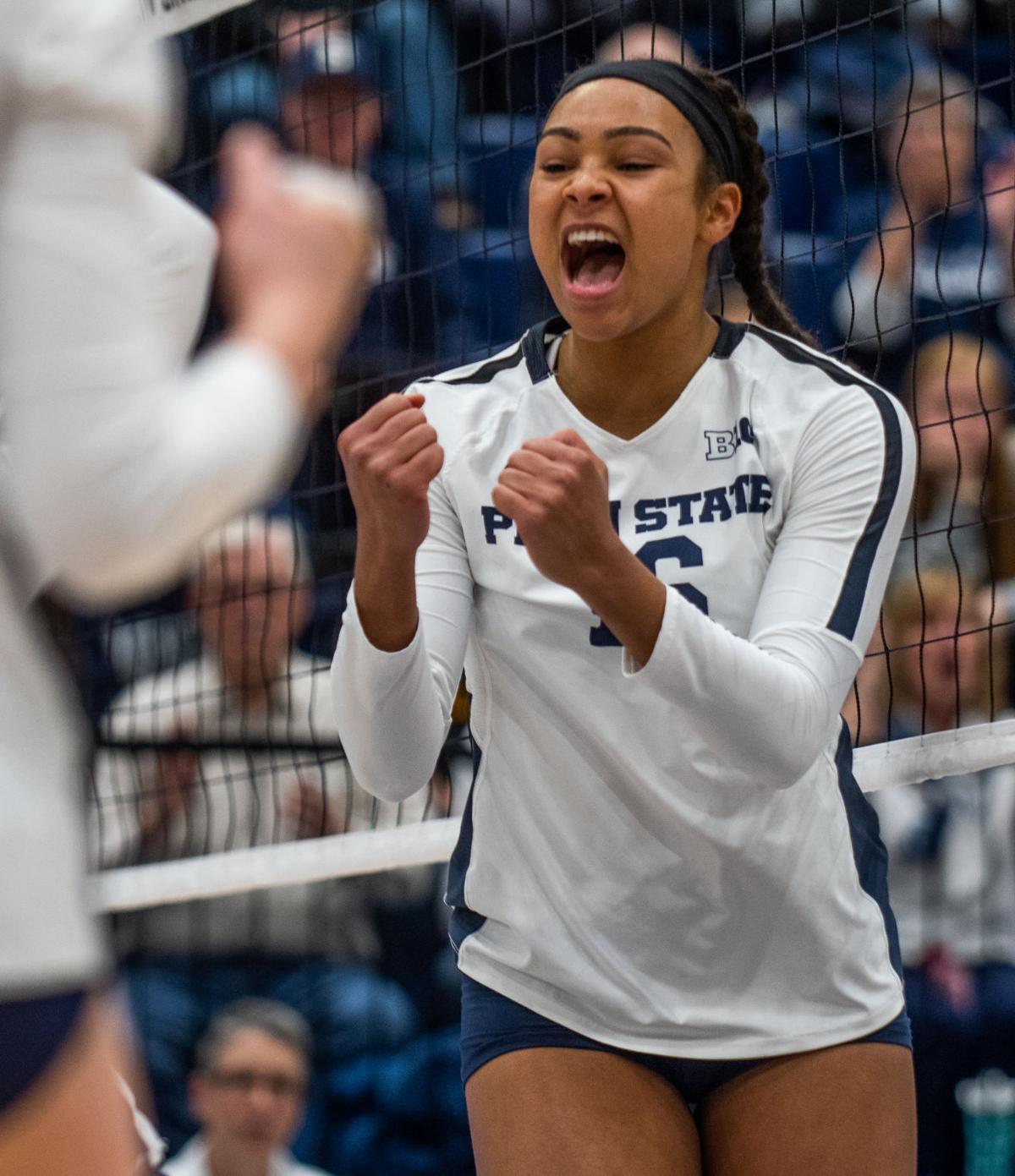 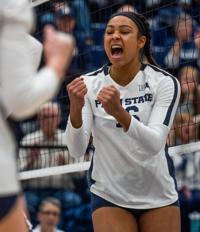 Penn State middle blocker Serena Gray (16) celebrates a point during the first round of the NCAA Women’s Volleyball Tournament at Rec Hall on Friday, Dec. 6, 2019. The No. 11 seed Nittany Lions defeated the Princeton Tigers 3-0.

Penn State finished last season ranked seventh in the nation with a record of 27-6, and will look to return to the national spotlight in 2020 after a down season by Russ Rose’s standards.

But with the Nittany Lions having five new highly ranked freshmen joining the team this fall, the team is looking toward another successful season.

Bilinovic and McCool will likely contribute as the defensive specialists for Rose. Fitzpatrick and Elzen will contribute mainly on offense as outside hitters, but Elzen also plays as a middle blocker.

In addition to its five new players, Penn State will be returning 15 players from last season.

Three transfer players joining Rose and company this year are Anastasiya Kudryashova, who is coming off her sophomore season with Rutgers, Keatan Broughton, who is going to be a junior and senior Hannah Flowers.

Broughton is a transfer from West Virginia and played in 60 sets last season for the Mountaineers. Broughton will be a much needed addition to Penn State as a defensive specialist.

Flowers is a transfer from the Memphis program and has recorded 630 kills and 131 blocks throughout her career.

Kudryashova and Hord bring size to Penn State standing at 6-foot-4. Hord has won multiple awards and was named an All-American in both the 2018 and 2019 seasons.

Hord racked up a total of 663 defensive points throughout the 2018 and 2019 season. For Rutgers last season, Kudryashova appeared in 10 games and 26 sets.

With their returning players and the new additional ones, Penn State will hope to compete for another national championship, after falling to Stanford twice in 2019. Penn State also lost to Pittsburgh, Minnesota, Wisconsin and Nebraska.

Due to the coronavirus, the Big Ten decided to play conference-only schedules. Despite current circumstances with the pandemic, though, Penn State is looking forward to a winning season with Rose back again.

Last season, Penn State had a tough season with a promising finish.

Just a season ago, both Penn State’s men’s and women’s cross country teams made it to the NCAA Regionals.