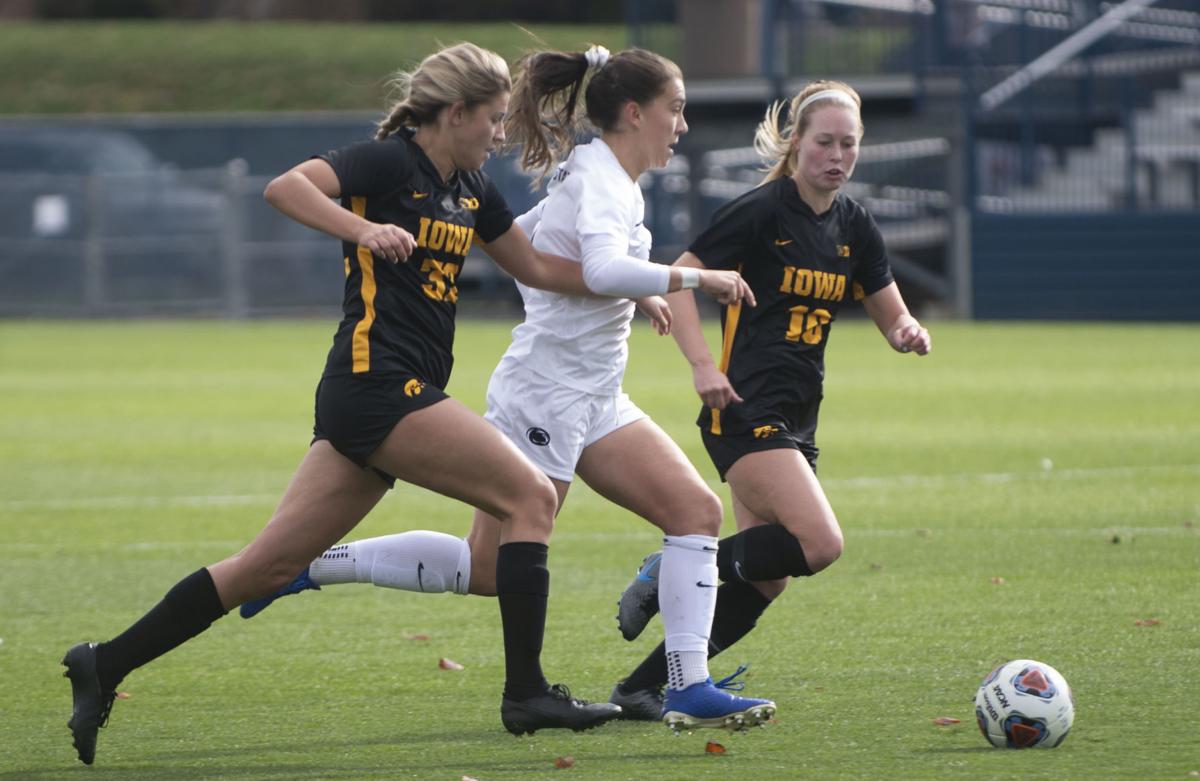 Midfielder/Forward Sam Coffey runs with the ball during the Big Ten quarterfinals against Iowa at Jeffrey Field on Sunday, Nov. 3, 2019. 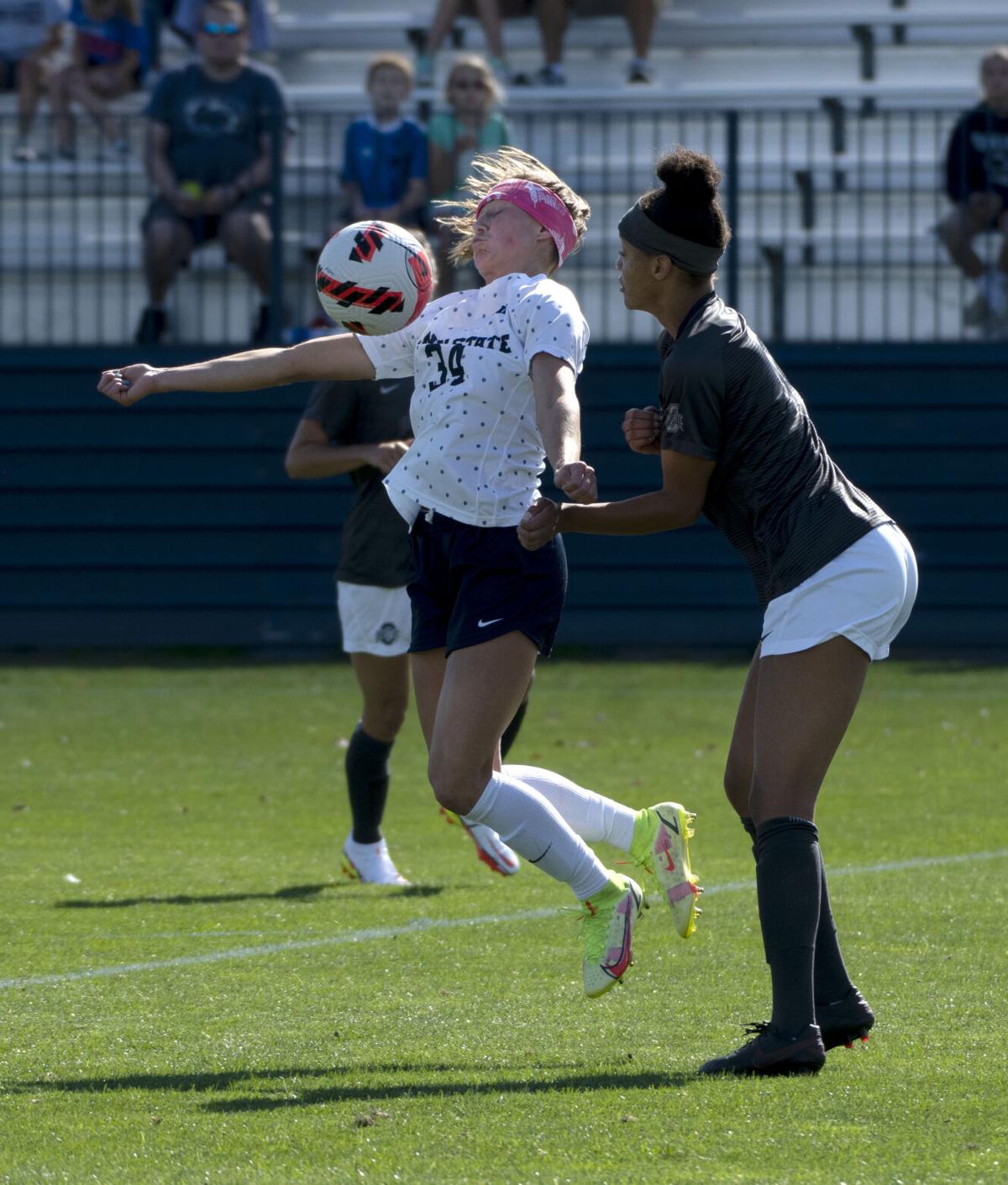 In recent games, Penn State has struggled to create offensive opportunities and put shots in the back of the net.

On Friday night, however, that was not the case in a 5-1 rout of Maryland.

Fifth-year senior midfielder Sam Coffey led the attack for Penn State, who had a first-half hat trick and an assist, bolstering her to seven goals and five assists on the season.

Coffey has been on fire in the last three games, scoring four goals and adding an assist. In that stretch, the blue and white are 2-1.

Even with the big numbers in her last three games, Coffey said that she isn’t doing anything differently with her game.

“I think I’m just going out there every day and just trying to play with courage,” Coffey said. “I’m just trying to savor every second here with the people I love. And I think the more I just do that and go out and have fun, the more I’m just able to play free and do my thing.”

Despite her inspired performance on the night, Coffey was more focused on the team itself and not her individual effort.

“Anything I can do to help the team I’m happy to do. It’s not like I was planning it or anything,” Coffey said. “I’m just elated we have a good result like this. We’re in desperate need of it and I think it’ll be a turning point for sure.”

With conference play heating up, it is imperative for the Nittany Lions’ success to have their key players step into form.

Coach Erica Dambach knows just how important Coffey is to the team and its success at this point in Big Ten play.

“At this point in the season, your big players have to play big, and she’s playing big right now,” Dambach said. “She’s earned it, she’s putting her whole heart into what she’s doing right now, and I love to see it paying off for her and this team.

“She’s the best player in college soccer right now, and she’s proven it game after game.”

Even with Coffey’s solo effort against Maryland, the blue and white were able to spread the wealth and get other players involved in the scoring mix.

This included redshirt junior forward Ally Schlegel, who snapped a streak of six consecutive scoreless games with a second-half goal.

With junior midfielder Payton Linnehan being sidelined since Sept. 19, it is important for the key players for Penn State like Schlegel and Coffey to step up and steer the ship in her absence.

Dambach said that she was proud to see the players’ efforts rewarded with three points against the Terrapins.

“They are doing everything that they need to do to be successful,” Dambach said. “When you have a team that’s taking care of all the little things and all the details, you want to see it pay off.

“Life doesn’t always work that way, but when it does it’s nice to see.”

Coffey and the Nittany Lions will look to continue their momentum when they take on Indiana next Wednesday at 7 p.m. at Jeffrey Field.

Coming off a big win against Maryland on Friday, Penn State will look to earn three more points against Indiana on Wednesday night.