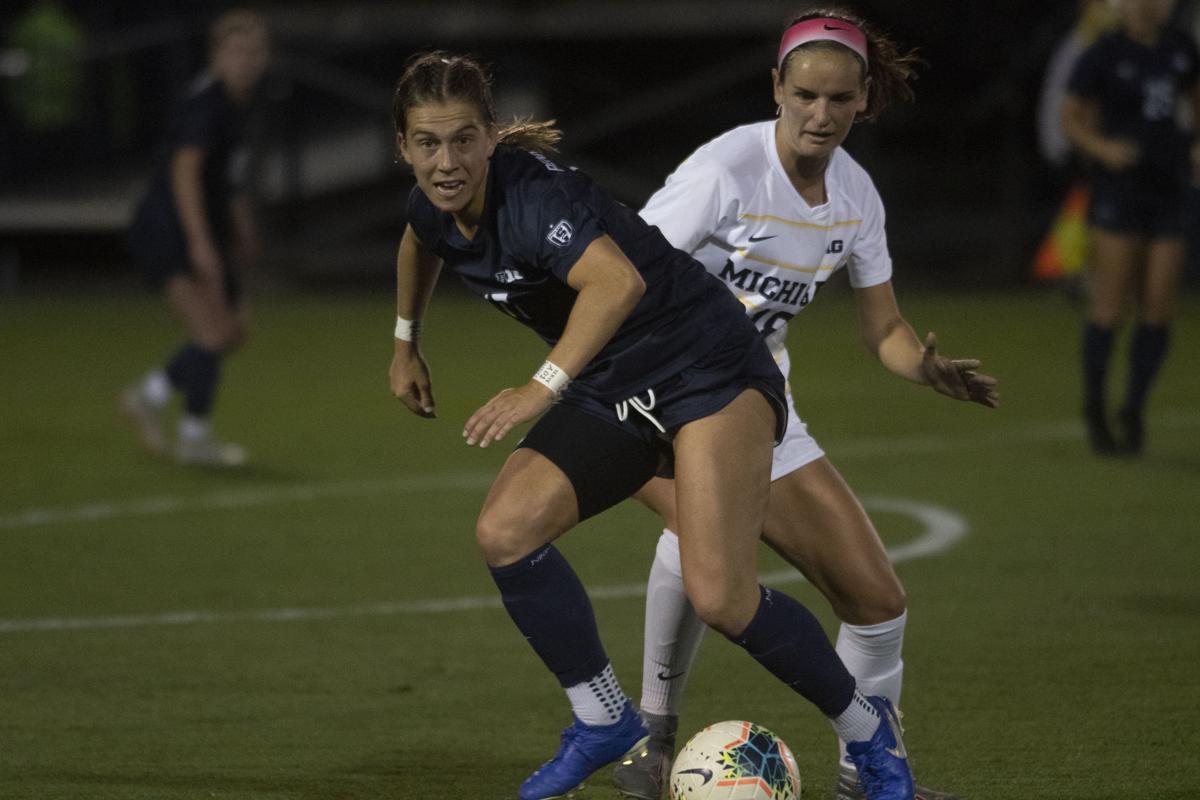 Midfielder Sam Coffey (17) runs after the ball during the soccer game against Michigan at Jeffrey Field on Thursday, Sept. 19, 2019. Michigan defeated Penn State 1-0. 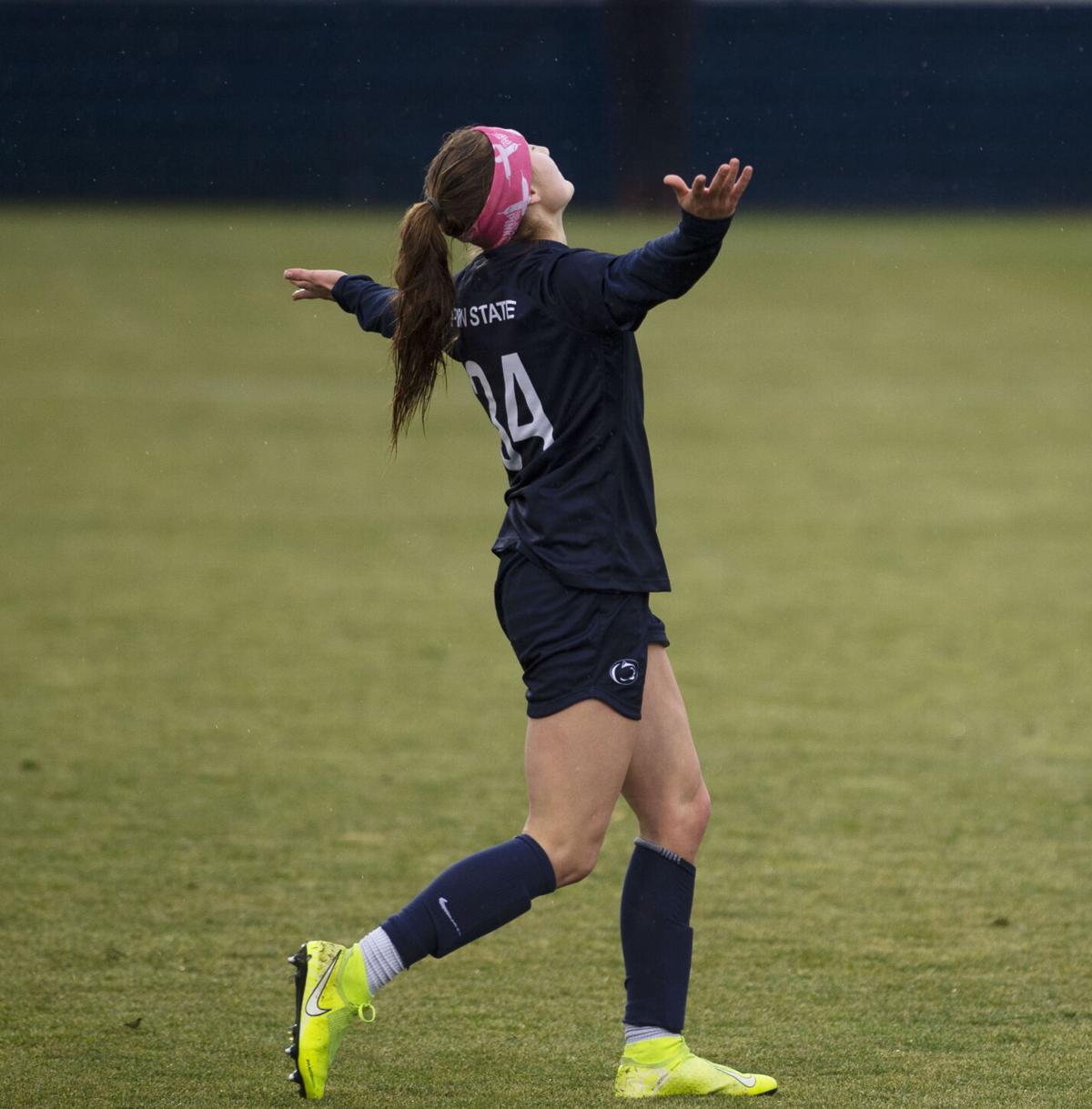 Fifth-year senior midfielder Sam Coffey scored three goals for the Nittany Lions in the first half for a hat trick and a 5-1 victory over Maryland.

Coffey is the second Nittany Lions player to net a hat trick this season, joining junior winger Payton Linnehan, who achieved the feat against LaSalle on Aug. 22.

Graduate student defender Malikae Dayes scored the lone goal for the Terrapins in the first half.

The blue and white created plenty of offensive opportunities on Friday night, including 18 shots and 10 shots coming on goal.

Penn State did a good job of controlling the possessions on its side of the ball and didn’t allow Maryland to have many scoring opportunities.

With the Terrapins in the rear view mirror, the Nittany Lions will now shift their focus to Indiana, who they take on next Wednesday at 8 p.m. at Jeffrey Field.

Here are the key takeaways from today’s match.

With some key players missing in action tonight, Coffey stepped up and took control of the game for coach Erica Dambach’s team.

Coffey was able to set the tone for the match in both the scoring and facilitating, as she was responsible for four of Penn State’s goals.

This was the first career hat trick for Coffey. Her previous career high was two goals scored against the Arizona Wildcats in 2019.

The fifth-year senior has exploded into form and now has 4 goals and an assist in her last three games for the Nittany Lions.

After a six-game streak without a goal, Schlegel was finally able to put one in the back of the net tonight.

With the goal tonight, Schlegel is now up to four goals on the season for the Nittany Lions.

Tonight was an offensive explosion compared to recent games for the blue and white, and getting Schlegel in the mix was central to Penn State’s success in front of goal.

Despite a big margin in victory tonight, the Nittany Lions’ defense was not sharp in what has been a trend of late.

After allowing Minnesota to score four goals on Sunday, the blue and white only allowed one goal tonight, but it came on one of three shots on goal for the Terrapins.

Although the blue and white defense struggled, it played a relatively clean game, committing just seven fouls and receiving one yellow card.

The defense has been the bright spot for Penn State at times this season, but it will need to step up in order for Penn State to achieve success, especially in Big Ten play.

Penn State changed a 4-1 loss to Minnesota on Sunday to a 5-1 win against Maryland on Friday.