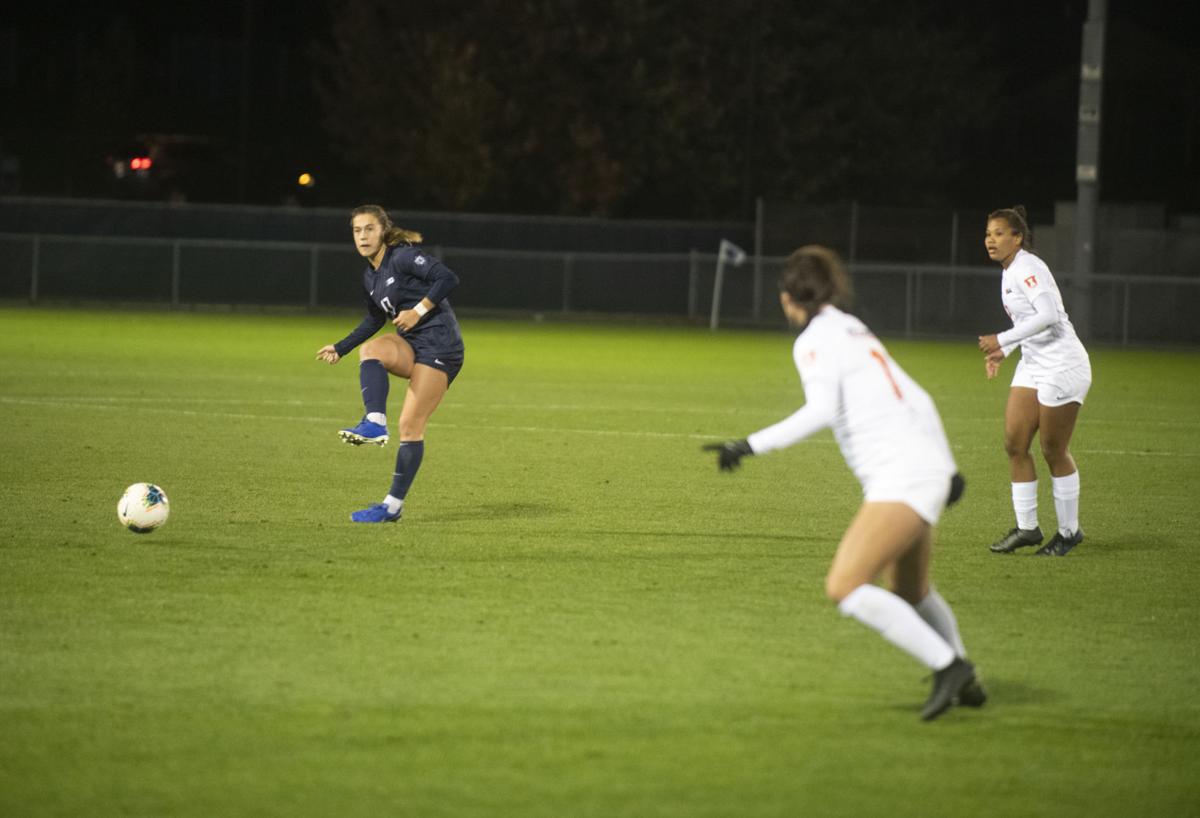 Sam Coffey (17) kicks the ball during the game against Illinois on Thursday, Oct. 17, 2019 at Jeffrey Field. Penn State defeated Illinios 2-1. 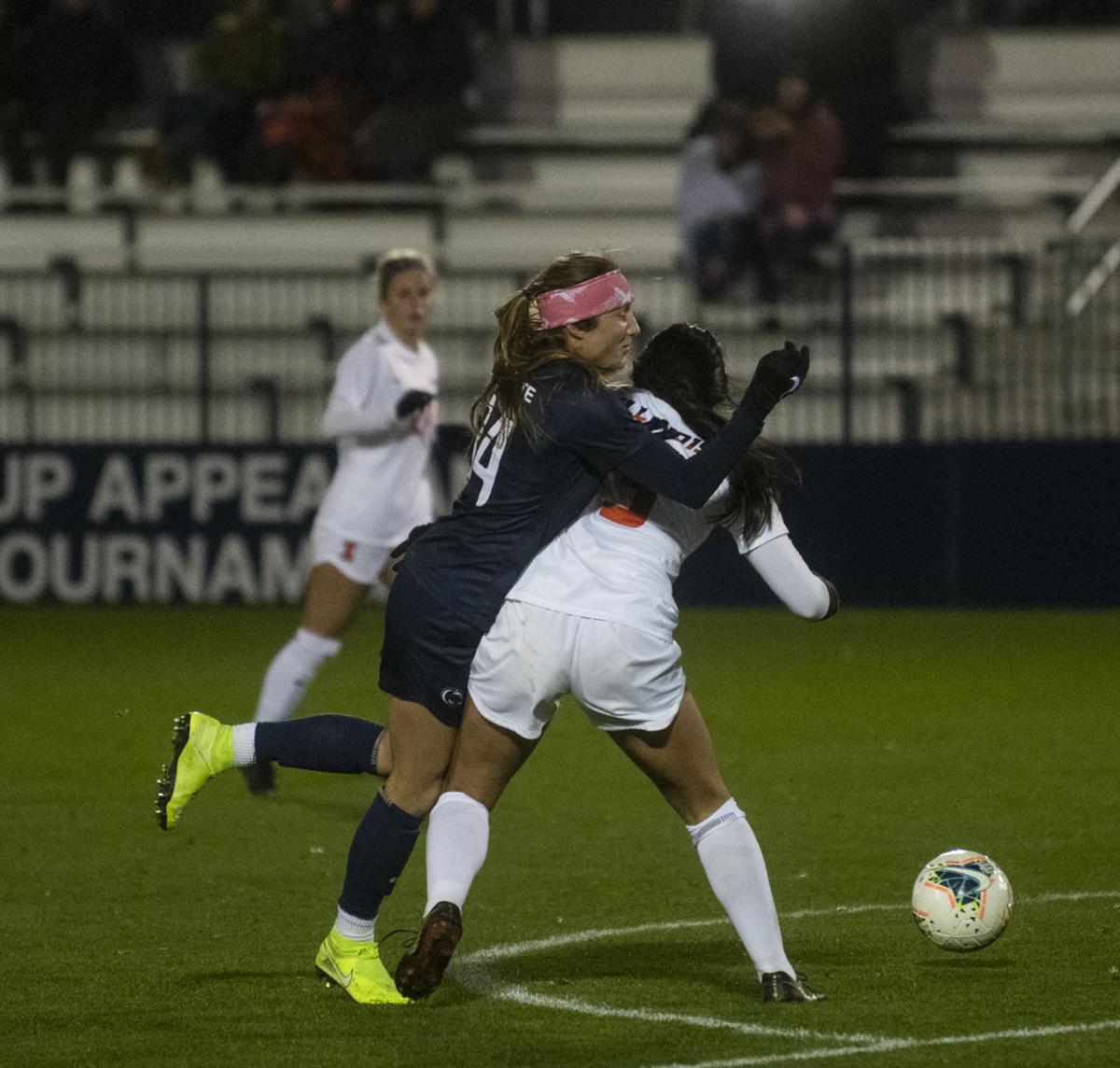 Ally Schlegel (34) collides with an opponent while running for the ball during the game against Illinois on Thursday, Oct. 17, 2019 at Jeffrey Field. Penn State defeated Illinois 2-1.

On Sunday, it looked as if Penn State was going to be playing in overtime against NC State for the first time this season.

Junior defender Kate Wiesner, however, had other plans.

The Nittany Lions defeated the NC State Wolfpack 1-0 with Wiesner scoring the game-winning goal off an assist from fifth-year senior Kerry Abello in the final minute of regulation time.

Neither team seemed to have any sort of offensive rhythm or create many scoring opportunities throughout most of the game. The Nittany Lions had two shots on goal while the Wolfpack put together five shots on target.

The Nittany Lions, however, have been on the road in every game since Sept. 2 and still have another road game before returning to Jeffrey Field, where they are 3-0 this season.

Despite crushing Virginia 4-2 only two days prior, the Nittany Lions crawled to a win on it’s return to Klöckner Stadium in Charlottesville, Virginia.

Here are the biggest takeaways from today’s match.

The Nittany Lions were smothered by their opponent’s defense and did not have many offensive opportunities, but sometimes all you need is one.

Late in the game, the blue and white got that opportunity, as Abello’s cross assisted Wiesner’s eventual winner.

It seems like Penn State has had many clutch plays this season, and that was the case against the Wolfpack.

While it’s not the easiest way of winning for coach Erica Dambach, earning the three points late on Sunday is always a plus.

Defense and goaltending stand out

In a 1-0 game, it can be implied that there was good defense and goaltending for each team in Sunday’s game.

Asman has made 14 saves in her last two matches after getting nine saves against the Virginia Cavaliers on Thursday.

On the other side, freshman goalkeeper Maria Echezarreta made one save on just two shots faced for the Wolfpack.

Each team played a relatively clean game today, as the Nittany Lions committed just four fouls to three for the Wolfpack.

There was only one yellow card between both teams. Junior midfielder Cori Dyke picked up the yellow card late in the second half for the Nittany Lions.

After having three straight home games to start the season, the Nittany Lions are approaching almost two straight weeks on the road now.

The extended stretch of away fixtures looks to be weighing heavily on the blue and white as it lacked danger against NC State.

Every team tends to enjoy some sort of home field advantage, but the Nittany Lions have particularly enjoyed it this season, as they are 3-0 at Jeffrey Field.

Next Sunday will be the start of Big Ten conference play for the Nittany Lions, as they will take on the Rutgers in another away match in Piscataway, New Jersey.

Penn State picked up one of its biggest wins of the year on Thursday night.

Coming off a big win on Sunday, coach Erica Dambach and Penn State stayed busy, anouncing a new commit for the 2023 recruiting class.