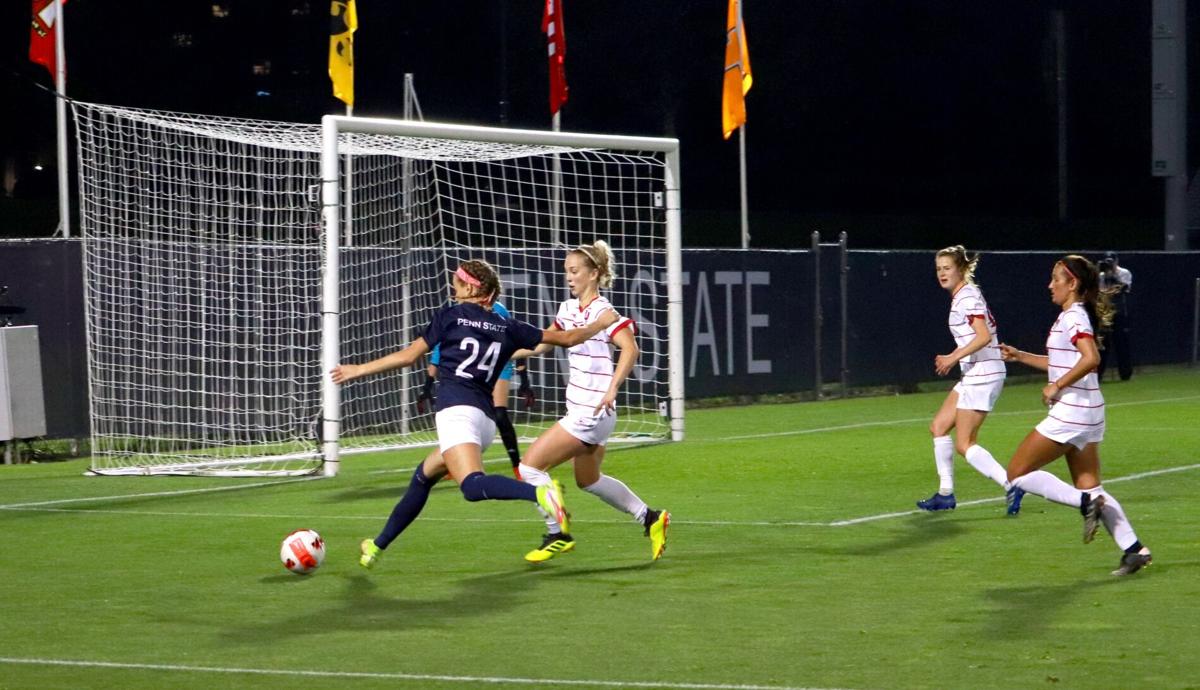 After having the ball passed back to her, forward Ellie Kershner (24) scores the first goal of the game during the Penn State women's soccer match against Indiana University on Wednesday, Oct. 13, 2021, at Jeffrey Field. Penn State defeated Indiana 3-0. 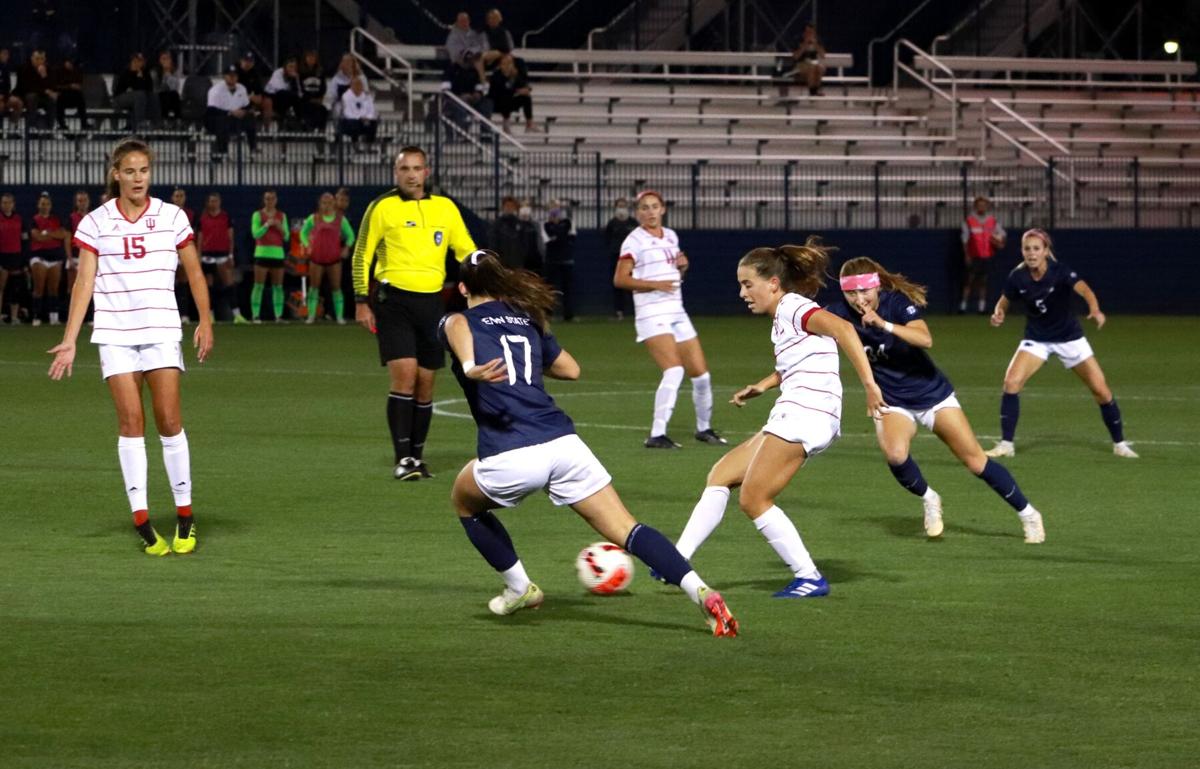 Coming off an up-and-down regular season, Penn State now shifts its attention to the first round of the NCAA Tournament.

The blue and white will take on Monmouth this Friday at 6 p.m. at Jeffrey Field to get its national tournament run underway.

The Nittany Lions finished 11-7 in the regular season with a 5-5 record in Big Ten play, while the Hawks finished 15-4-1 overall with a record of 8-1-1 against conference opponents. Additionally, they also won the MAAC Tournament.

The 2021 season marks the 27th consecutive tournament appearance for Penn State and the 15th straight appearance for coach Erica Dambach, who won the competition in 2015.

The Nittany Lions advanced to the third round of the tournament last season before losing 3-1 to Florida State.

As for Monmouth, it is making its first NCAA Tournament appearance since 2019, where it fell to Brown 4-1 in penalty kicks in the opening round.

This is not the first Big Ten opponent the Hawks will have faced this season, as they previously lost to Rutgers by a score of 6-0 back on Sept. 3.

Led by fifth-year senior midfielder Sam Coffey, the offensive attack will look to throttle a stout defensive team in the Hawks, who have shut out their opponent on nine different occasions this season, including the final two games of the MAAC Tournament.

Sophomore goalkeeper Rebecca Winslow has been stellar for Monmouth as the primary force in net, accumulating a 0.723 save percentage while making 34 saves for the Hawks.

While the Hawks have been excellent on the defensive side of the ball, they have carried that momentum to their offense as well.

En route to winning the MAAC Tournament, Monmouth scored three or more goals against each of its three opponents, tallying 11 total goals over the course of the tournament.

The Hawks averaged 1.80 goals per game this season, and while those numbers may not look gaudy from a glance, this team is more than capable of an offensive explosion, something the Nittany Lions will have to try and prevent in order to advance.

Senior forward Lauren Karabin led Monmouth with 10 goals and three assists this season, and the 2020-21 Co-Offensive Player of the Year in the MAAC will be a big threat the blue and white will try to slow down.

While Karabin is the main driving force for the Hawks offensively, they are a well-balanced team on the attacking side of the ball with seven other players who chipped in two or more goals this season.

Two of these players include senior midfielder Jill Conklin and senior forward Alexis Marino, who each chipped in four goals this season for Monmouth.

With the tournament no longer being at a neutral site for its entirety, as was the case last season, the blue and white will turn to its home fans and feed off of their energy.

The Nittany Lions went 6-2 at Jeffrey Field this season including three straight home wins to end the season, and when Dambach’s team last played at home on Oct. 17, it walked away with a 2-1 win over Purdue.

In order to get the win, the blue and white will have to play a complete game and not afford its opposition any mistakes to pounce on.

While Penn State may seemingly have more talent on paper, it cannot overlook a very talented Monmouth in the first round of the tournament.

If the Nittany Lions are to advance to the next round, it would take on the winner of the matchup between Grand Canyon and No. 3-seeded USC.

In what is likely to be the final home game for fifth-year seniors Kerry Abello and Coffey, the Nittany Lions will look to close out their careers at Jeffrey Field with a win and advance deeper into the NCAA Tournament.

Penn State may have triumphed in the first round of the NCAA Tournament Friday night, but the even bigger story was the blue and white having …