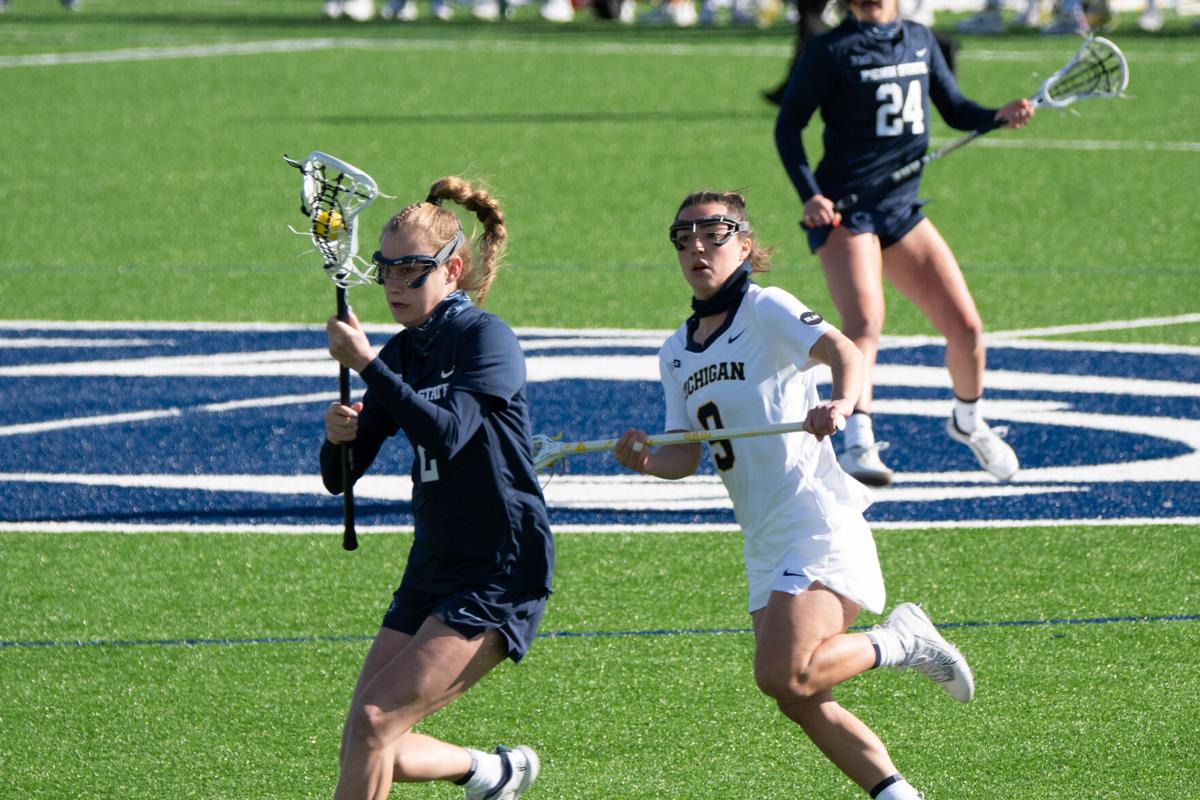 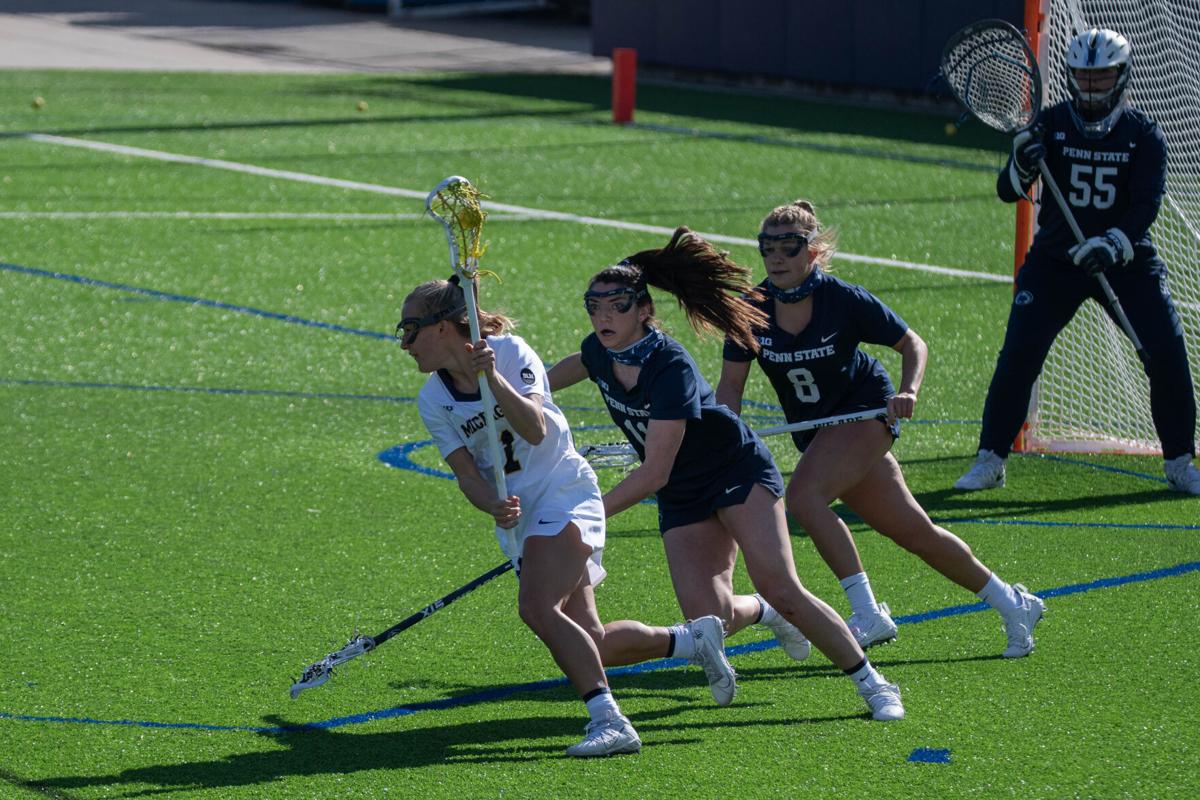 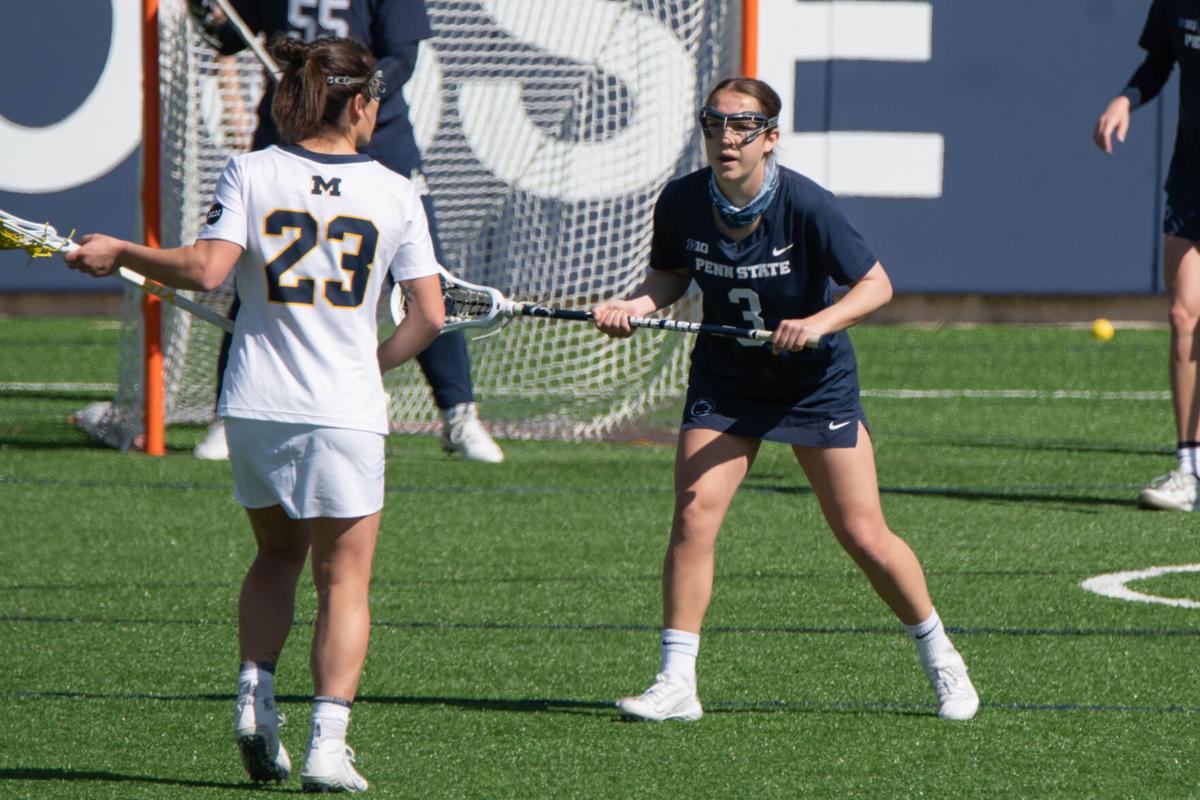 Consistency has escaped Penn State in every facet of the game all season.

Despite a strong start to the season that featured wins over the likes of Rutgers and Maryland, the Nittany Lions have not been able to reach a level of competence required for postseason play.

During the Ohio State series two weeks ago, the blue and white appeared to be the better team on paper. However, the Buckeyes flipped the script and won back-to-back games.

In Wednesday’s game against Johns Hopkins, Penn State looked as if it was going to end its losing streak on the road.

Prior to the contest against the Blue Jays, the Nittany Lions had not played in nearly two weeks — and it only seemed reasonable they would come out fresh. At least in the early stages, they certainly succeeded in doing so.

However, Johns Hopkins battled back and coasted in the second half. The Baltimore-based team had several instances of lucky possession exchanges made possible by not giving up on defense.

Defender Trinity McPherson always seemed to be waiting at the midline when she found the perfect opportunity to intercept a Penn State pass.

Usually, the defender would wait until the ball made its way to the Blue Jays’ side of the field. However, McPherson decided to play a more aggressive form of defense that ultimately benefited her team.

While Penn State did have some bright spots, Johns Hopkins played with aggression more consistently throughout the game.

Despite losing, the blue and white made several improvements from its game against Ohio State.

During their encounter with the Buckeyes, the Nittany Lions played both slow and hesitant — a mix that rarely, if ever, will lead to victory.

During the Johns Hopkins game, Penn State’s offense picked up the pace and managed to pass the ball quickly and effectively. It garnered more shots on goal, which helped keep the deficit relatively low throughout the game.

Penn State’s Maria Auth was in prime position to play a pivotal role in the contest, yet the fifth-year attacker was relatively silent throughout the majority of the game.

But in the final 10 minutes, she played up to her standards. Auth managed to put up the final three goals of the game for the Nittany Lions, thus creating a smaller score gap.

While the game against the Blue Jays was not a statistical success for Penn State, it was an improvement from previous games this season.

Fresh off its third-straight loss, the blue and white will turn its attention to a Sunday encounter with Maryland on its home turf at Panzer Stadium.

For the first time this season, the Nittany Lions are playing two different schools in the same week, with Wednesday’s Johns Hopkins matchup in the rearview mirror and Penn State set to host the Terrapins Sunday.

When the Nittany Lions and Maryland met each other at the beginning of the season in College Park, Penn State secured a tight 15-13 victory over the then-No. 7 team in the nation.

The win was also particularly impressive considering Maryland’s dominance over the blue and white that includes 17 wins for the Terrapins compared to just one for the Nittany Lions.

In a wide open year in the Big Ten, statistics have proven to mean little to nothing for individual head-to-head battles.

Presently, the Nittany Lions are ranked second to last in the Big Ten standings.

If the Big Ten Tournament were to be played today, Penn State would be slated to face Maryland.

But before the blue and white shifts its attention to the postseason, it has a chance to move up the leaderboard and prove its worth in its penultimate home game

Despite a strong first half against Johns Hopkins, it was all for naught for Penn State.

Maddie Turner is a women's lacrosse reporter for The Daily Collegian. She is a sophomore studying advertising with minors in French and digital media and data analytics