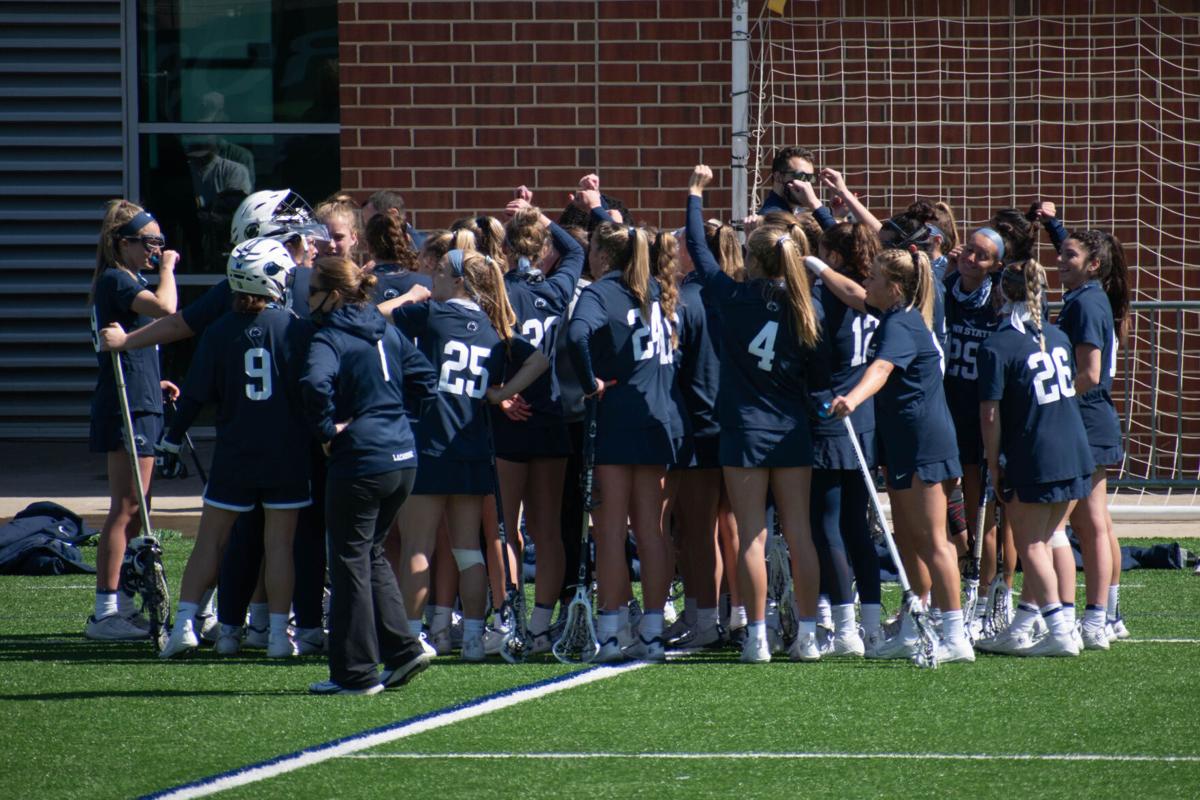 The women's lacrosse players cheer each other on during Penn State's second women's lacrosse game against Michigan on Sunday, March 21, 2021 at Panzer Stadium in University Park, Pa. The Nittany Lions beat the Wolverines 13-12. 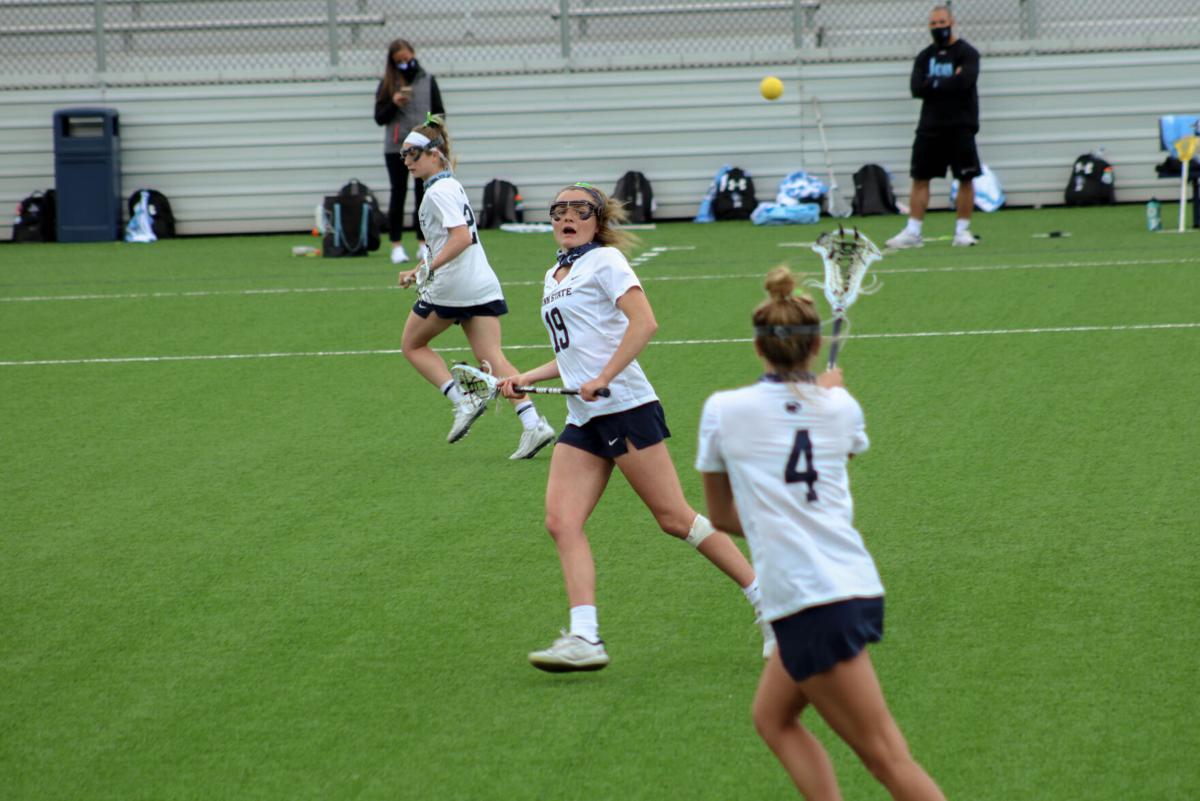 Entering a season against strictly Big Ten opponents, Penn State knew it would be facing among the nation’s elite week in and week out.

Northwestern, Maryland, Johns Hopkins and Rutgers all finished within the top 20 of Inside Lacrosse’s Week 10 rankings.

Meanwhile, the Nittany Lions finished the regular season with a 4-8 mark while suffering back-to-back losses to Rutgers and Johns Hopkins in their final two games.

A glaring statistic for Penn State this year was its inability to win games on the road.

The blue and white finished 0-6 at opposing team’s stadiums this year, struggling to capture just a single victory in enemy territory all season long.

While their offense finished within the top two in the Big Ten in terms of goals scored and points per game, the Nittany Lions’ defense struggled to find the same consistency.

The blue and white ranked within the bottom two teams in the conference in average goals given up and save percentage.

As a result of the team’s woes at keeping the ball out of the net, coach Missy Doherty decided to split time between goalies Taylor Suplee and Lucy Lowe in the home stretch of the year.

However, despite lackluster numbers from the defensive side of the ball, Penn State’s offense kept it in most of its contests.

Led by fifth-year senior Maria Auth’s 33 goals and 43 points, the Nittany Lions never surrendered easily to any of their opponents on the offensive end.

Another player who had an offensive impact this season was freshman Kristin O’Neill.

O’Neill earned Big Ten Freshman of the Week honors five times during her rookie campaign, establishing herself as one of the nation’s best up-and-coming players.

Auth and O’Neill both finished the regular season in the top 10 in goals, shots and points per game in the conference.

Dirks was the team’s main draw control specialist and shined in her role all season long.

Dirks finished with the second-most draw controls on average per game in the conference with 6.17.

Dirks’ ability to secure possessions for Penn State was essential to the team’s offensive output all season long.

Another reason why Penn State’s offense was so successful was due in part to the playmaking of Kara Nealon.

The sophomore finished fourth in the Big Ten in assists per game with 1.8 per contest.

Nealon’s artistry in the playmaking department was highlighted by her conference-leading seven-assist performance against Northwestern on March 13.

Nealon’s outstanding performance was one assist shy of the 36-year-old record of eight assists by one player in a game.

Another career milestone for the Nittany Lions on the year was Maria Auth’s career-high seven goals against Rutgers on April 15.

Looking forward to the Big Ten and NCAA tournaments, the Nittany Lions will have to count on stellar performers like Auth and other upperclassmen leaders.

Big Ten men’s lacrosse roundup | A battle for the No. 3 seed

Liam Higgins is a women’s lacrosse reporter for The Daily Collegian. He is a freshman majoring in journalism.

Prior to Penn State’s 2020 campaign, the team's wide receiver group was heavily criticized and thought to be a weak point in an offense with few holes.