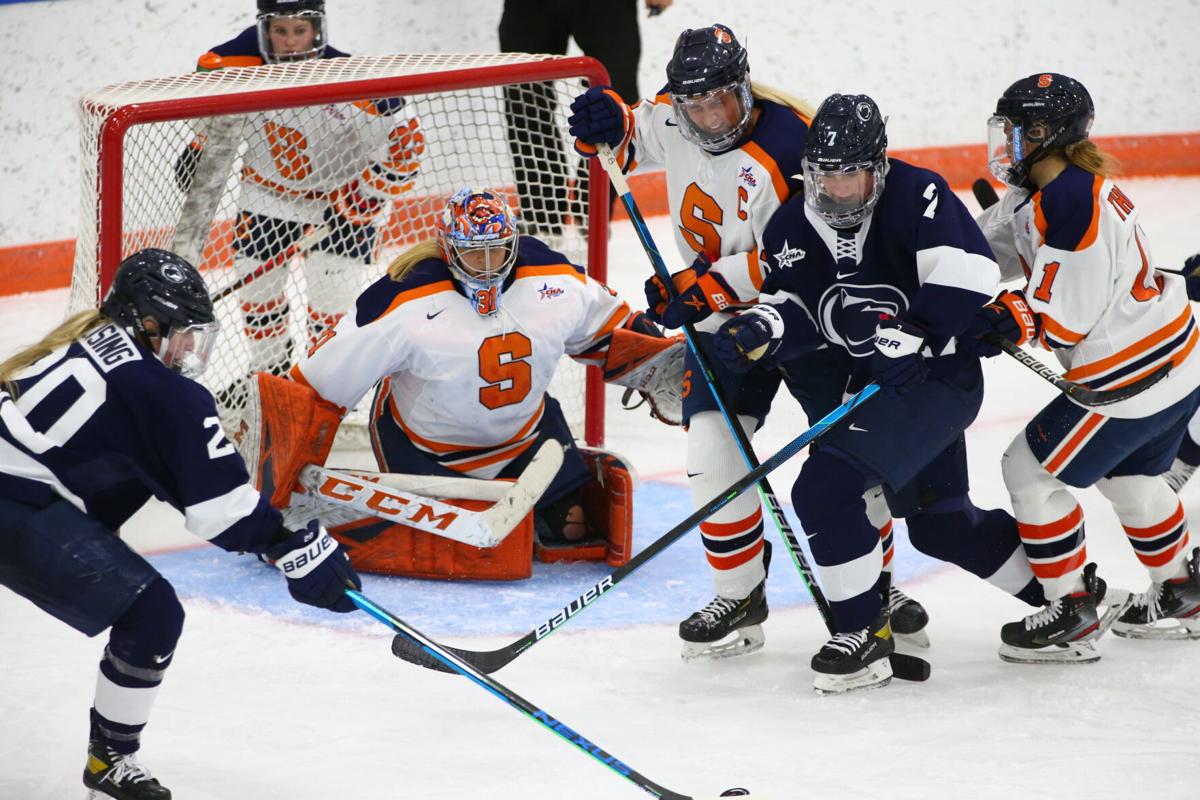 Penn State women's hockey in front of the net against Syracuse 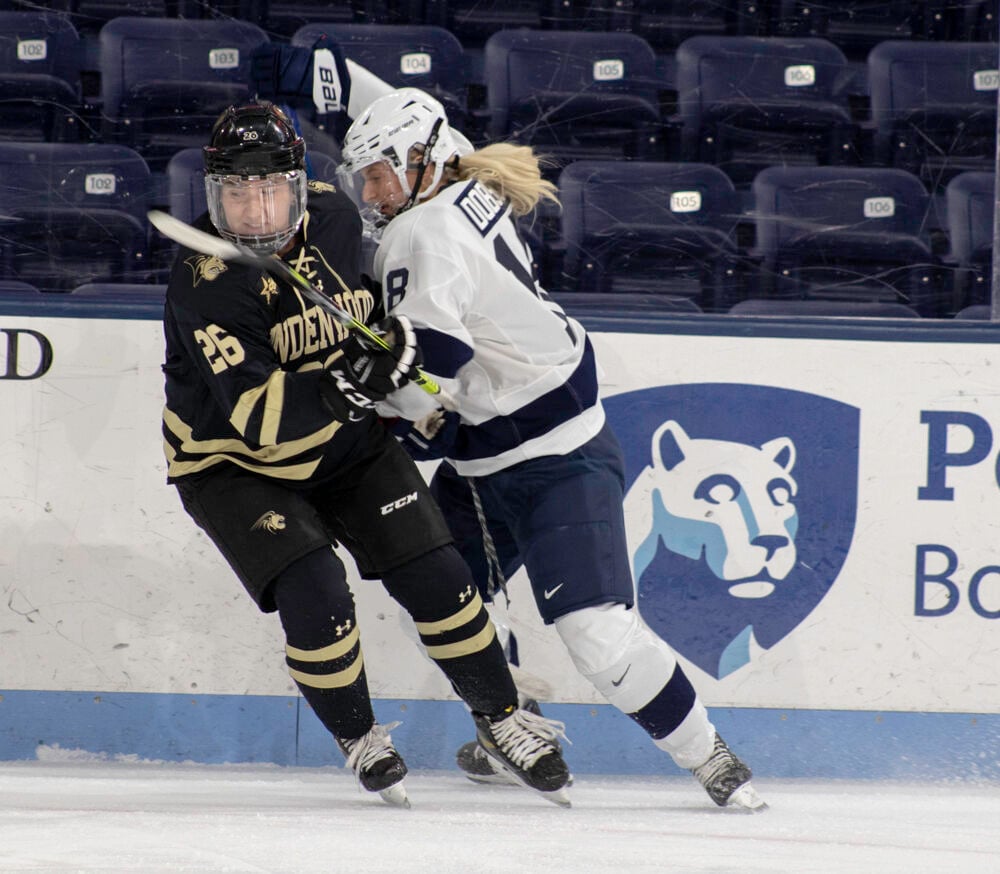 The Nittany Lions lost the second game of their series against the Orange 6-3.

Both teams struggled to find the back of the net last game; however, that was not the case in Saturday’s contest.

The blue and white jumped out to an early lead when sophomore forward Carrie Byrnes fired a shot past senior goalie Arielle DeSmet just 4 minutes into the contest.

The Nittany Lion lead would not last for long after sophomore defender Lyndie Lobdell took a tripping penalty, and graduate student forward Victoria Klimek made no mistake on the ensuing power play.

The Orange would take the lead just six minutes into the second period as Klimek found the back of the net for the second time.

The Orange continued their electric second period when junior forward Anna Leschyshyn fired a shot past sophomore goalie Josie Bothun for the third goal of the period.

Freshman forward Sarah Marchand would join in on the fun for Syracuse finding the back just four minutes into the third period.

The Nittany Lions would cut into the Syracuse lead when junior defender Mallory Uihlein scored midway through the third period.

The blue and white continued to make things interesting as freshman forward Lexi Bedier scored with just 2:46 to play in the third period to reduce the deficit to two goals.

Klimek nailed an empty net goal with just one second left to give her the hat-trick and return the scoreline to a three-goal advantage for the Orange.

In Friday night’s 1-0 victory Penn State posted 19 shots after the first period, and the trend of posting a high shot total continued today.

The blue and white finished the first period with 18 shots and unlike the night before Penn State found the back of the net when Byrnes scored her second goal this season.

Syracuse took a 2-1 lead just six minutes into the period after Klimek scored her second goal of the night and just her third this season.

The Orange scored a power play goal in the first period and their power play struck once again as Primeau found the back of the net just two minutes later.

The goals would not stop coming for Syracuse, Leschyshyn powered a shot past Bothun for just her second goal of the 2021-22 campaign.

Despite being outshot 33-10 in the period, the Orange made all of their shots count.

The Nittany Lions have struggled all season on the power play, and their second game with Syracuse was no different.

Penn State failed to capitalize on its five power play opportunities in the game on Saturday.

The blue and white tried to force too many passes which resulted in the Nittany Lions turning the puck over and wasting chances to take a lead.

Penn State defeated the Minnesota Duluth Bulldogs during its first game of the D1 in D.C. Showcase on Friday.

Alex Rocco is a women's hockey reporter for The Daily Collegian. He is a sophomore studying broadcast journalism.

Penn State welcomed its early enrollees to campus last week prior to the start of classes for the spring semester.