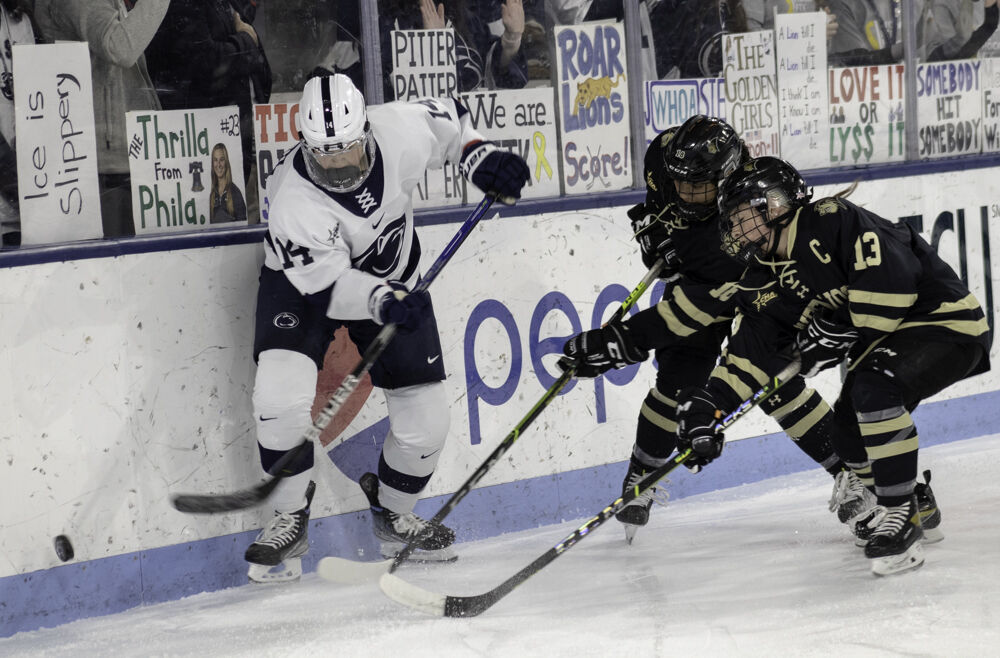 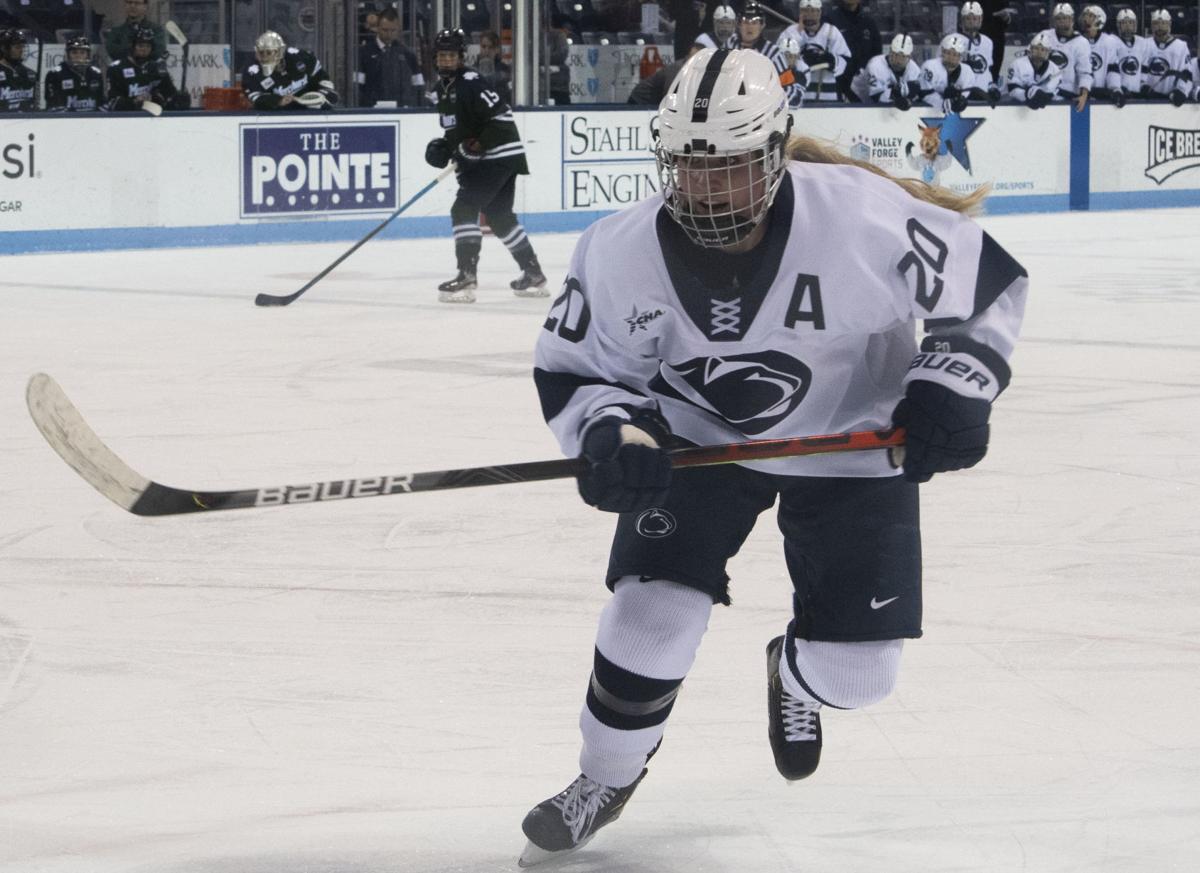 Penn State was able to bounce back following its overtime loss Saturday with a win against Boston University during the team’s final game of the Battle in the ‘Burgh.

The Nittany Lions scored a goal in each period as they cruised to a 3-0 victory over the Terriers.

Similar to Saturday’s loss, the scoring started early for the blue and white, as Julie Gough gave the Nittany Lions the lead just 30 seconds into the game.

That goal would be the only one during the first period, since despite the Terriers’ offense picking up the pace later on and leading in shots, they were unable to find the net.

The Nittany Lions doubled their lead when captain Natalie Heising converted on a power play early in the second period to make it a 2-0 Penn State lead.

Just like the first period, that Penn State goal was all of the action during the second period — despite Boston going on a power play of its own.

The Terriers came close to finding the back of the net during the third period but were unable to cut the deficit as sophomore forward Kiara Zanon found the empty net toward the end of the game to secure the 3-0 Penn State win.

Just two months after finishing off a seven-game scoring streak, the junior forward has scored in both games during the Battle in the ‘Burgh.

Gough now has nine goals on the season, which is just two shy of the 11 goals from her 2020-21 campaign.

Both of Gough’s goals during her short streak came in the first period of play.

The fifth-year senior forward extended the Nittany Lions' lead to 2-0 while on the first power play of the game.

The power-play goal from Heising was her first since Nov. 27 during the Nittany Lions' loss against Ohio State.

Heising now ties Gough for the most power-play goals on the team this season — they both have four.

The blue and white was able to find success during its two showcases during this season.

During both the D1 In D.C. and Battle in the ‘Burgh showcases, the Nittany Lions went 1-1 to make their record in neutral site games 2-2 on the year.

Along with their win against Boston on Sunday, the Nittany Lions' other win in a neutral site came against Minnesota Duluth.

After closing out 2021 with two straight victories, Penn State failed to start the new year …