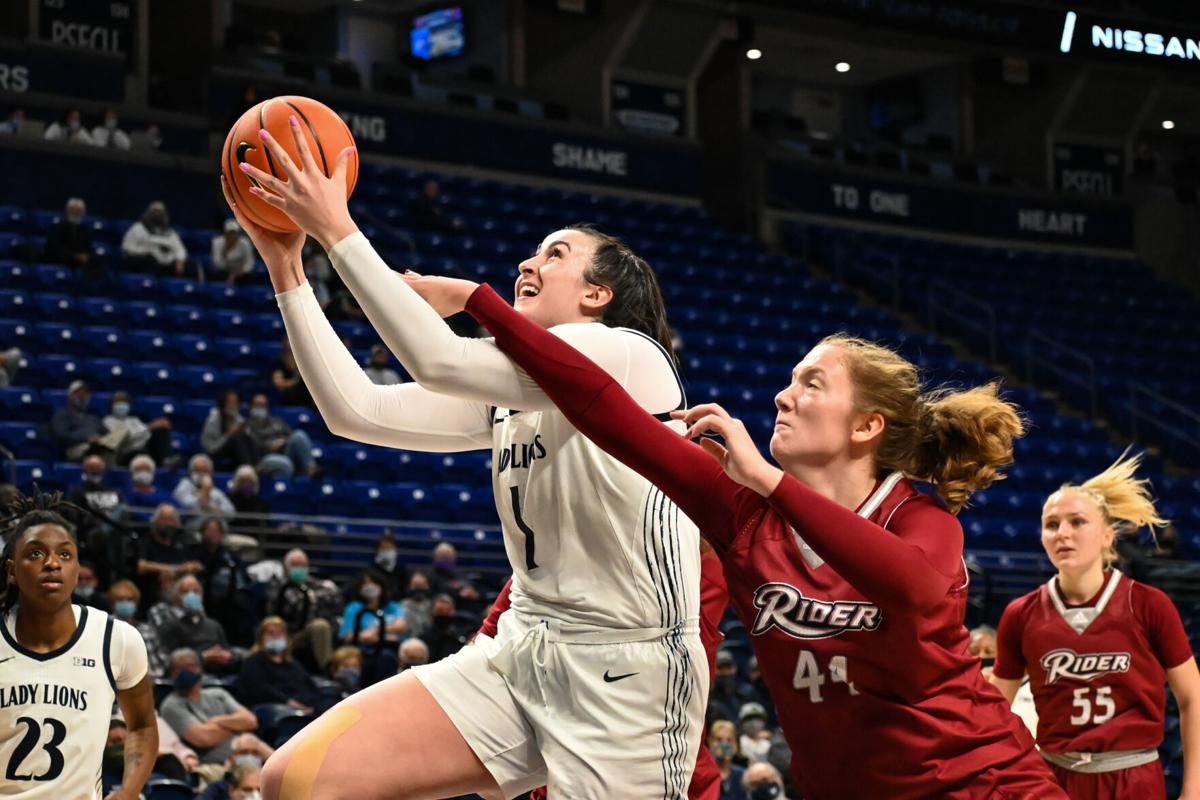 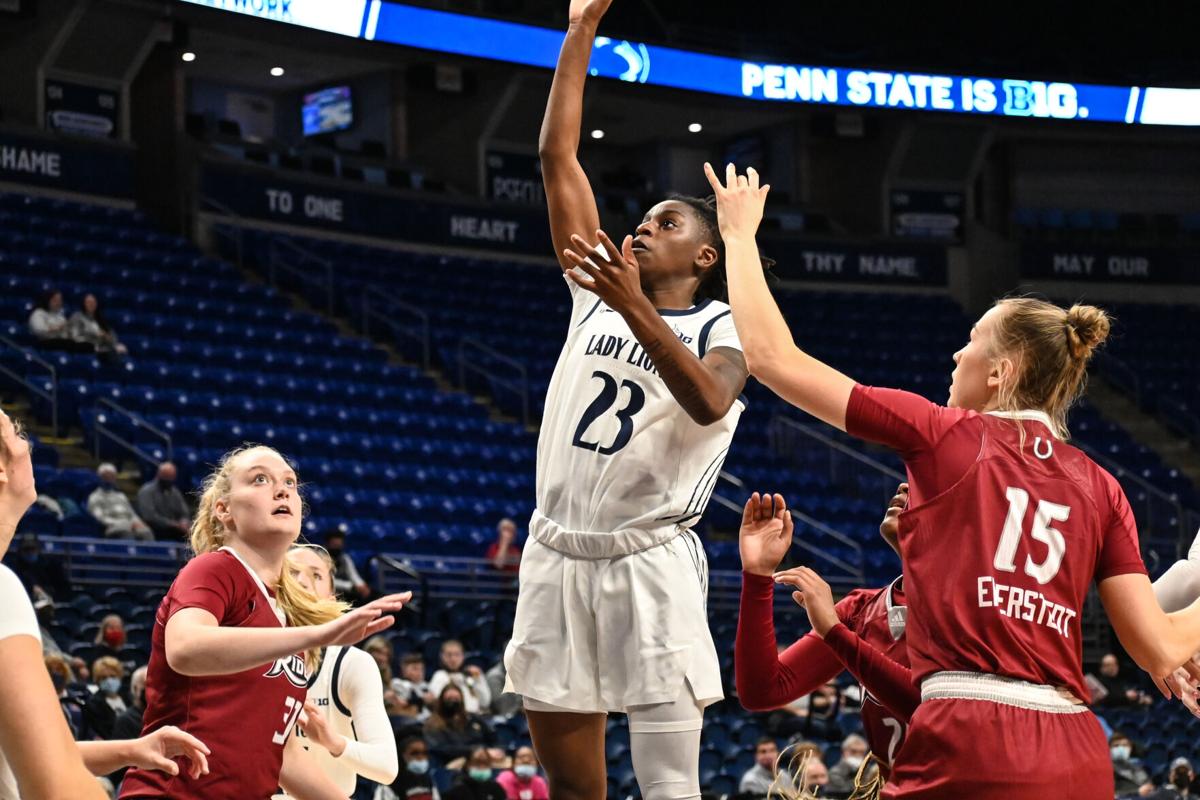 Gaurd Shay Hagans (23) takes a drive during Women's Basketball against Rider, The Lady Lions won 83-69. At the Bryce Jordan Center on Nov. 11, 2021 in University Park Pa.

In what could be a preview for what’s to come, Penn State resorted to a balanced scoring attack in a 83-69 win over Rider on Thursday.

Three Lady Lions finished the night by scoring 20 points or more as no one player singlehandedly controlled the Penn State offense.

Sophomore forward Ali Brigham led the way as after an impressive debut against LIU on Tuesday, the sophomore forward finished with 23 points and six rebounds as she tallied her second straight 20-point game as a Lady Lion.

While Brigham had shined and was a key player to watch heading into Thursday’s game, less of the attention was on Niya Beverley who only had four points in the same game.

The fifth-year senior guard quickly rebounded as she fell just one point short of her career high with 20 points against Rider and in what was a highly efficient shooting night for her.

When looking back at her performance, Beverley credited her teammates for being able to find her in those open spots.

“I have to give the credit to my teammates,” Beverley said. “They were looking for me a lot today, and they hit me in open spots. I just knocked the shot down, but I just try to be aggressive and let the game come to me.”

This is just the third 20-point scoring night for Beverley throughout her career both at Wisconsin and Penn State.

Penn State coach Carolyn Kieger spoke highly of Beverley in her opening statement as she referred to the guard as the sparkplug of the whole offense.

“What a game by Niya Beverley,” Kieger said. “I thought she played fantastic, was a huge spark for us and really was that catalyst.”

The third 20-point scorer in the game for the blue and white was Makenna Marisa.

Like Beverley, the junior guard finished with 20 points while also picking up two assists in the win.

Much of Marisa’s offense came in the first half where she had 11 of those points before slowing down like most of the Lady Lion offense in the third quarter.

As Marisa slowed down after a hot first half, it was Beverley and Brigham who led the charge late in the game as they both had 10 points in the second half.

That led to the Lady Lions picking things up in the fourth quarter as the blue and white were able to outscore the Broncs 24-15 in the final frame.

This could be the story for the whole season as the Lady Lions continue to move away from one single player controlling the offense.

The Lady Lions went on several different scoring runs throughout the game, and it was a different player leading the charge each time.

Kieger confirmed that belief as she thinks that this Penn State team is deep enough that it can be led by a different player each game.

“I think that's going to be a story of our team this year,” Kieger said. “I talked about that after our first game as we have a lot of depth and every night is gonna change for who's got the hot hand, and tonight, each quarter somebody else was stepping up.

“What we got to get better at is feeding the hot hand.”

Penn State’s victory against Rider was an all-around effort on the court, as the Lady Lions …

Delaware State, Clemson on the docket for Penn State women’s basketball in 2nd week of action

Penn State started its season off strong with two wins against LIU and Rider, and the blue and white is looking ahead to continue its streak i…

The first domino has fallen for Penn State in this year’s transfer portal.