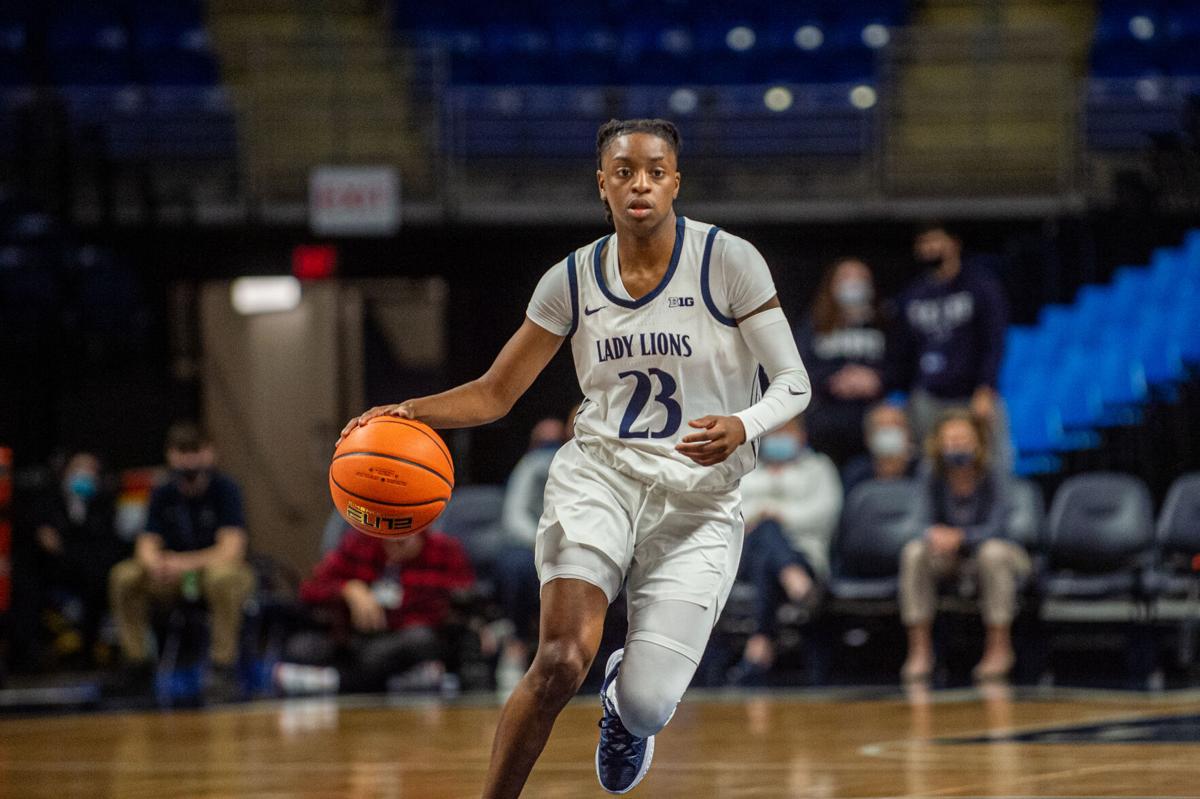 Penn State women's basketball guard Shay Hagans (23) runs the ball down the court at the game against Youngstown State on Sunday, Dec. 12, 2021 at the Bryce Jordan Center in University Park, Pa. The Nittany Lions defeated the Penguins 78-58. 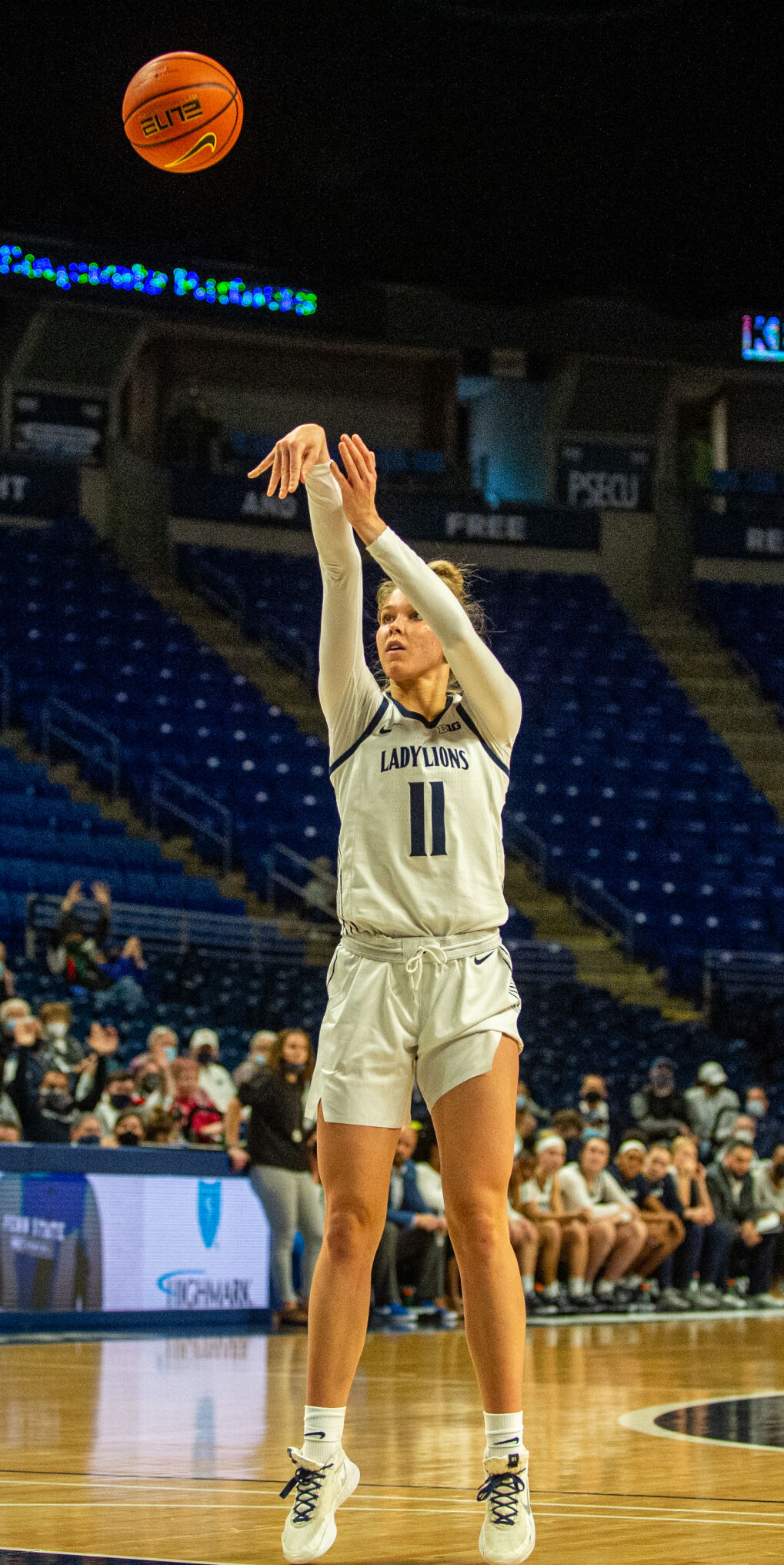 For the second straight game, Penn State got off to a bad start early as it dropped its second consecutive contest after returning from its coronavirus pause.

Penn State lost in blowout fashion in front of its home crowd as it suffered a 74-57 loss against No. 11 Michigan.

The Wolverines opened up the game on a dominant 10-0 run and were able to keep that early lead strong by making all five of the 3-pointers the team attempted in the opening 10 minutes.

Michigan ended the first quarter with a 25-14 lead as the Lady Lions leading scorer Leilani Kapinus finished with half of Penn State’s points.

Both offenses struggled to put points on the board during the second quarter, but the blue and white were able to claw away at the deficit as Michigan took a 39-27 lead into the locker rooms.

Things didn’t get much better during the third quarter as Penn State only scored 11 points with offense only coming from sophomore forward Ali Brigham who had seven of those points and scored in double figures despite coming off the bench.

Michigan took a 57-38 lead into the final quarter as the Wolverines senior guard Leigha Brown led both sides with 15 points to that point, she finished with 17 points.

It would be another senior guard for the Wolverines in Naz Hillmon who took over down the stretch leading Michigan to a 74-57 victory.

With the Lady Lions losing for the second straight game, it is also the team’s second consecutive loss against a ranked opponent.

Both Maryland and Michigan are ranked inside the top 15, and each managed to beat Penn State by 28 and 14, respectively.

Coach Carolyn Kieger’s team also lost by 30 against then-No. 10 Indiana back in early December and once again against, formerly No. 13, Iowa State a few weeks earlier in a 34-point loss during the Gulf Coast Showcase.

It’s been a long trip away from home for the Lady Lions.

After a home game scheduled for Dec. 22 against Towson got cancelled due to the coronavirus, the Lady Lions were finally able to return to the Bryce Jordan Center for the first time since Dec. 12.

But it was not a happy homecoming for the blue and white as Michigan spoiled Penn State’s perfect 5-0 home record on the 2021-22 season with a defeat Thursday night.

Penn State will have another opportunity to play in front of the home crowd on Sunday in its matchup against Illinois.

The starting five of Kapinus, Hagans, Camden, Marisa and Jekot got the nod to open the contest together once again. Only this time, the results were not positive.

During these four games where this starting five has opened the game up, the Lady Lions have a 2-2 record with the last two games ending in defeats.

In Thursday’s loss, the starting five combined for 44 of Penn State’s 74 points.

It was the first time in over a month that Penn State had competed on its home court at the Bryce Jordan Center.