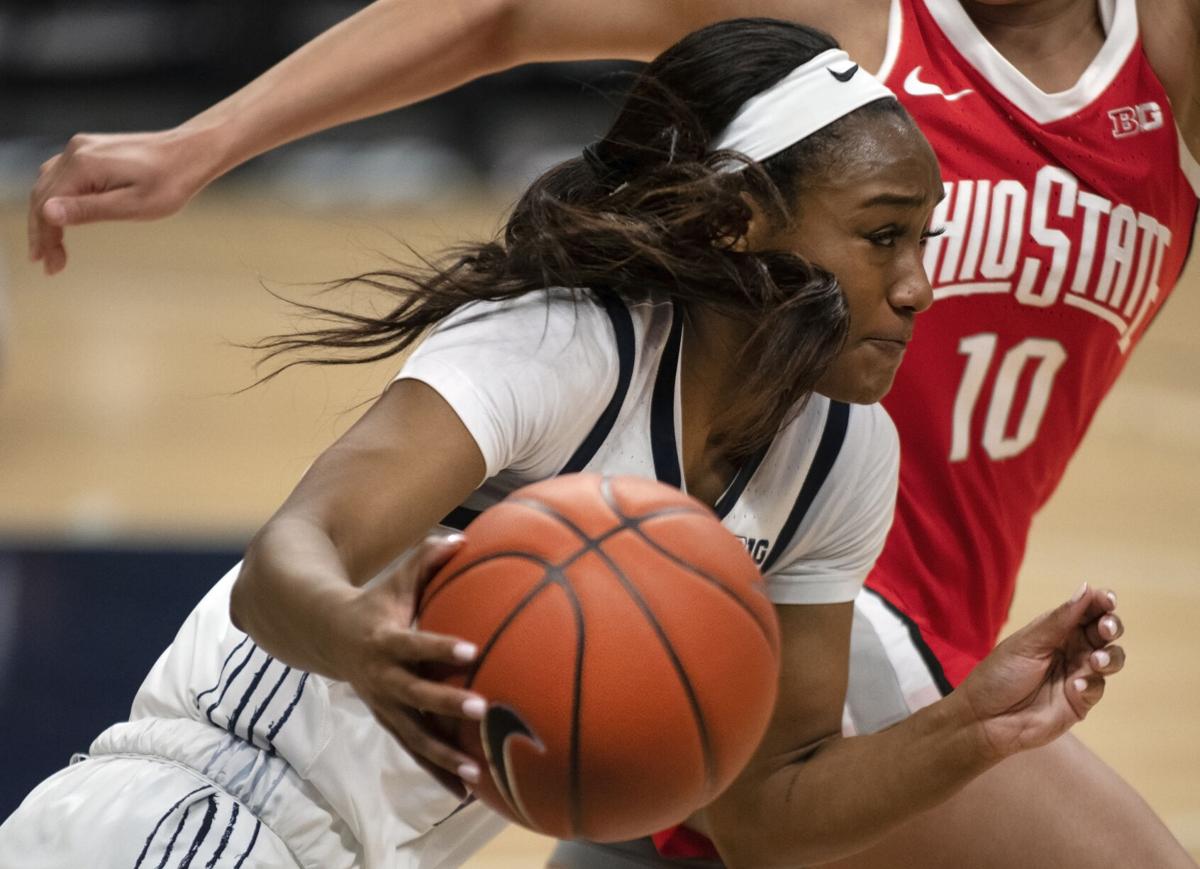 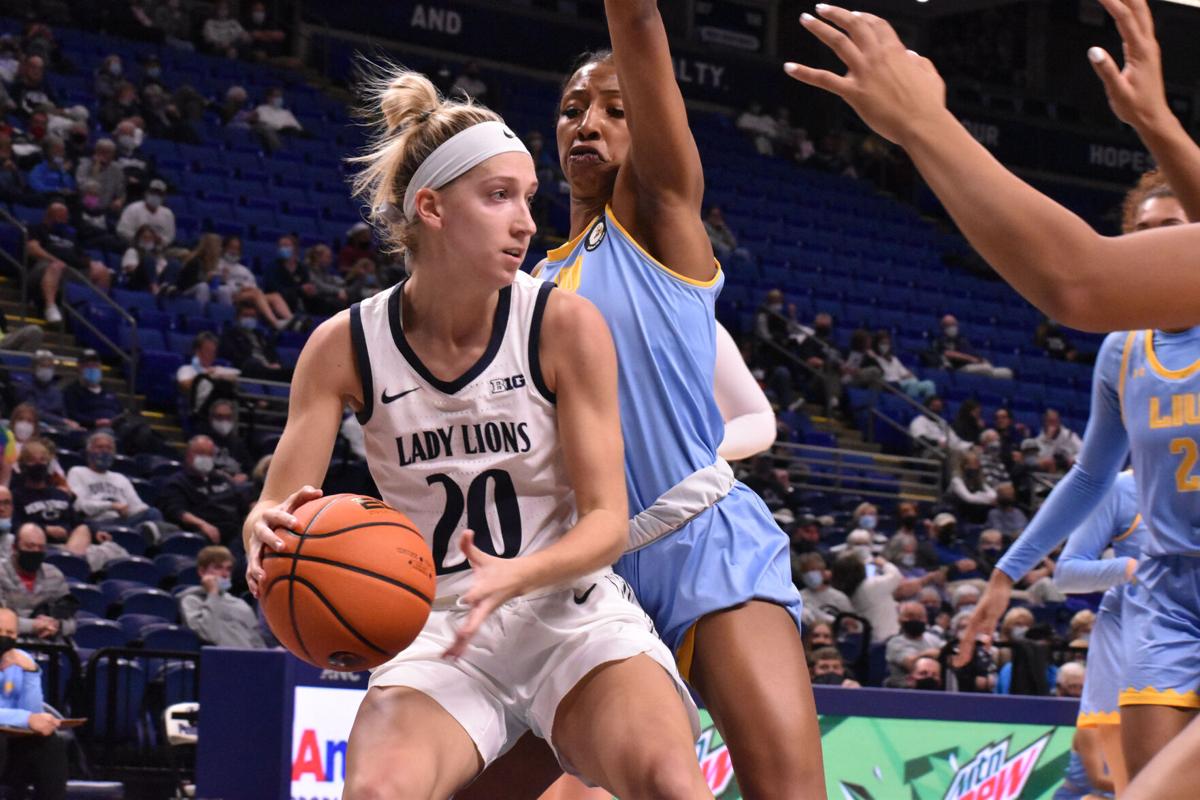 Gaurd Makenna Marisa (20) looks for a teammate to pass to at the Penn State women's basketball game against Long Island University at the Bryce Jordan Center on Tuesday, Nov. 9, 2021. The Lady Lions beat the sharks 85-66.

With the chance to go 3-0 to start the season, Penn State proved to be more than successful with a win against Delaware State at the Bryce Jordan Center on Tuesday.

In dominating fashion, the Lady Lions never found themselves trailing throughout the entire 40 minutes as they took the 120-51 win

Action started early for the Lady Lions with a particularly hot start from junior forward Anna Camden who made her first three buckets of the game and scored seven of the teams first 16 points on the night.

Those seven points were the most of any Penn State player at the end of the first quarter as the blue and white held a 24-15 lead.

As the Lady Lions continued to expand on their lead, it was junior guard Makenna Marisa who took charge as she followed up her 20 point game against Rider with 20 points in the first half on nine made baskets.

Marisa’s efforts allowed Penn State to take a 56-21 lead at halftime as both sides went to the locker rooms with the Lady Lions finishing the half on a 19-2 run.

Once the second half started, the Lady Lions kept their foot on the gas as while Marisa was held silent for most of the quarter we saw production from several others including Tova Sabel who had 10 points as she only missed one shot.

Towards the end of the quarter however, Marisa was able to break a major milestone as she set a new career high which was previously 26 points.

At the end of the third quarter, the blue and white extended their lead to 91-35.

The milestones kept coming for Marisa to start the fourth quarter as she was able to pick up her first career triple-double setting career highs in points, assists and steals.

The Lady Lions have been rolling to open up the new season and are continuing that early success they created last season.

All three victories have been by over double digits to start out this season.

While the Lady Lions only beat Rhode Island by one point in the third game of last season, the team still opened up to the same record they currently find themselves at now.

Last season, the blue and white would lose its fourth game on the road to Syracuse.

Everything went right for the junior guard on Tuesday night.

Marisa finished with 30 points, 11 assists and 10 steals as she became the main focal point of the offense for the Lady Lions in a big win.

Her triple-double was not only the first of her career, but it was the first for a Lady Lion since joining the Big Ten.

This was the first time the Lady Lions have defeated a team by 50 points or more since November 2016.

Not only does the margin of victory from Tuesday’s win crush that total, but it was also the first time the Lady Lions have scored over 100 points in a game since that 2016 win.

Delaware State, Clemson on the docket for Penn State women’s basketball in 2nd week of action

Penn State started its season off strong with two wins against LIU and Rider, and the blue a…

Penn State was creating chaos all over the defensive end of the court in its blowout win over Delaware State.