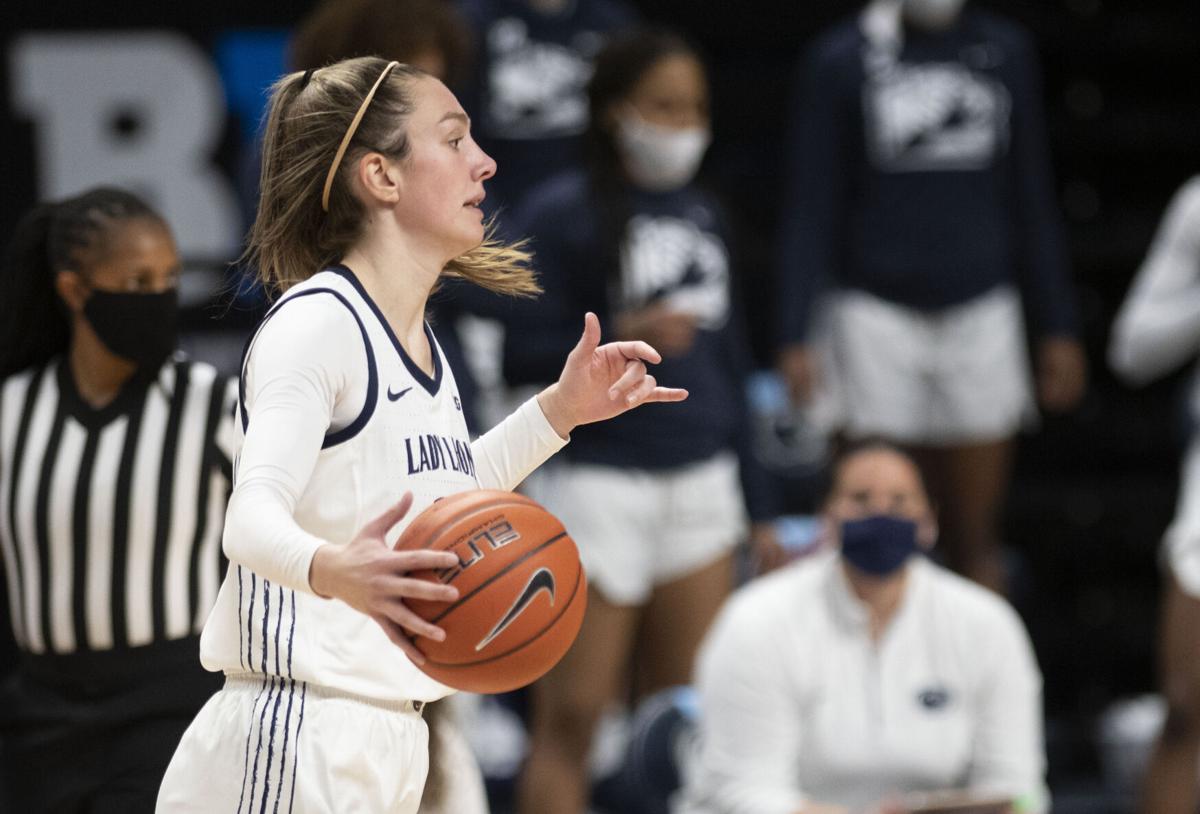 Guard Kelly Jekot (25) signals a play during Penn State women’s basketball’s game against the University of Maryland on Thursday, Dec. 31, 2020 at the Bryce Jordan Center in University Park, Pa. The Terrapins beat the Lady Lions 96-82. 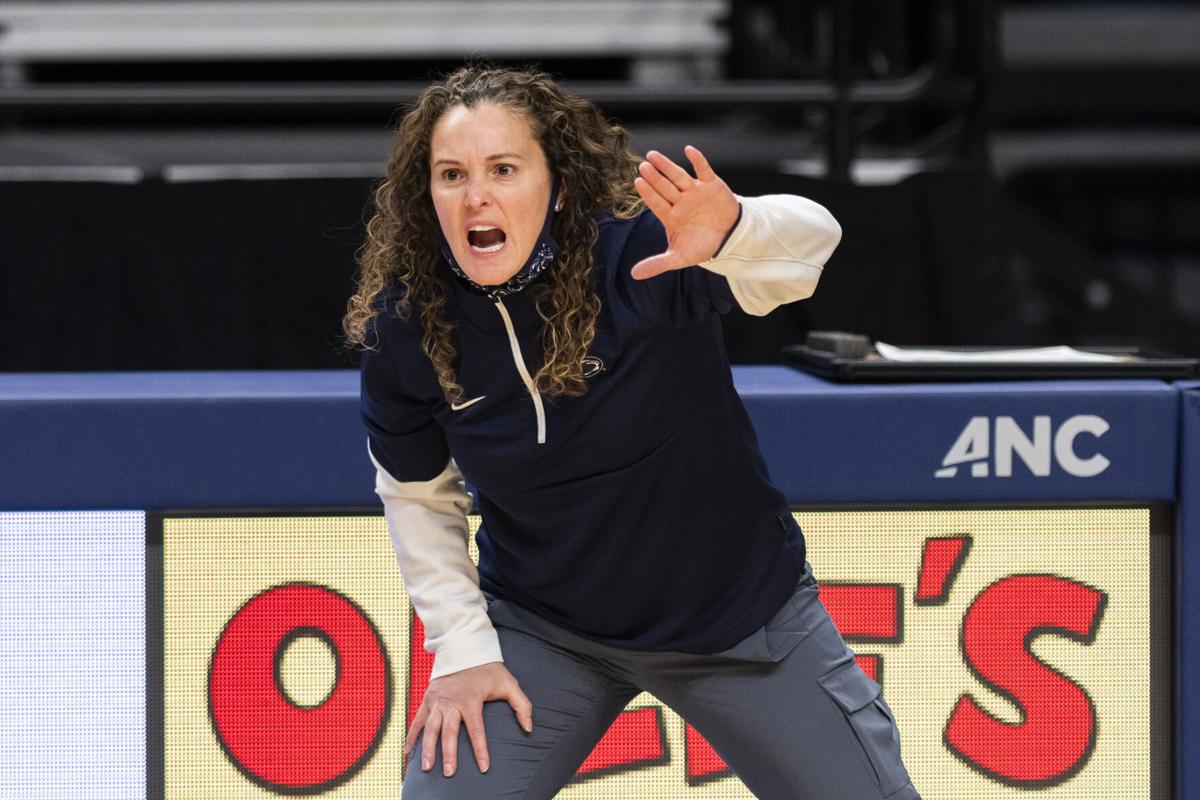 Penn State turned in an uncharacteristic performance on Sunday.

The Lady Lions struggled in all facets of the game in their 67-50 loss to Northwestern, from defending the Wildcats’ top scorers to maintaing possession of the basketball.

Perhaps the biggest reason for Penn State’s difficulties was the absence of its floor general Kelly Jekot, who suffered a season-ending injury prior to Sunday’s game according to coach Carolyn Kieger.

Coming into Sunday’s game against the Wildcats, the graduate transfer from Villanova led the Lady Lions in scoring and minutes played with 15.9 and 34.6, respectively.

But Jekot didn’t only give Penn State a critical lift on the stat sheet.

As Kieger has stated before, the team plays more confidently and relaxed when Jekot is on the floor.

“We’re the third youngest team in the country, so when you lose that experience, it’s going to hurt,” Kieger said. “Kelly has such a high IQ and she shares it very well. I think our team was definitely feeling that tonight. We’ve got to hit the drawing board and figure out how to make up for her scoring, minutes and rebounds.”

Nine of their points came in the fourth quarter as Penn State tried to mount a late comeback.

Other than Marisa and Cash, no other Penn State player was in double figures for scoring.

In addition, the team committed 27 turnovers throughout the contest.

While there were 49 turnovers committed between both teams in the game, most of Penn State’s were the results of both errant and forced passes.

Coupled with the fact that the amount of giveaways Penn State had in the first half equaled its total points scored in the opening 20 minutes, the Lady Lions struggled to find a rhythm on both ends of the floor throughout the contest.

While Jekot’s absence impeded Penn State’s production, Kieger believes other players have the chance to step up and replace her production, which the Lady Lions will address in practice between Sunday and their next contest.

“It’s going to have to be by committee,” Kieger said of replacing Jekot’s production and leadership. “It’s not going to be one person doing it. It’s an awesome opportunity for them to step up, grow and learn. Our guards need to get confident without her on the floor. It was obviously an emotional week, but we can’t drop our heads. We can’t use that as an excuse and we’ve got to get better.”

From the opening tip, it was clear Penn State would not be able to defend its home court.

Zone defense: Is it the answer to Penn State men’s basketball’s defensive struggles?

At this point in the season, it's no secret in the Big Ten that Penn State has a lot of trouble defending inside the paint.

The Penn State women's basketball team will have to wait a bit longer to play Rutgers.

The Big Ten has been as competitive as ever in 2021 with an FBS-record five top-10 teams heading into last weekend.