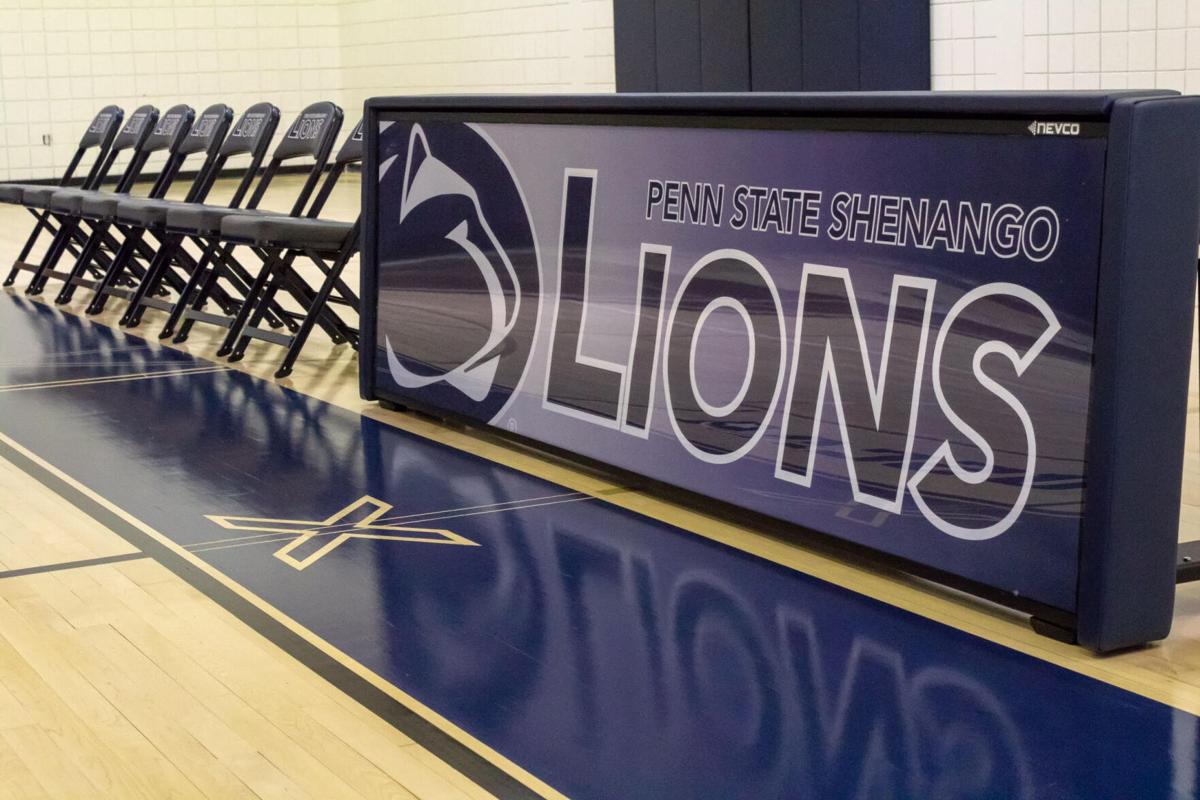 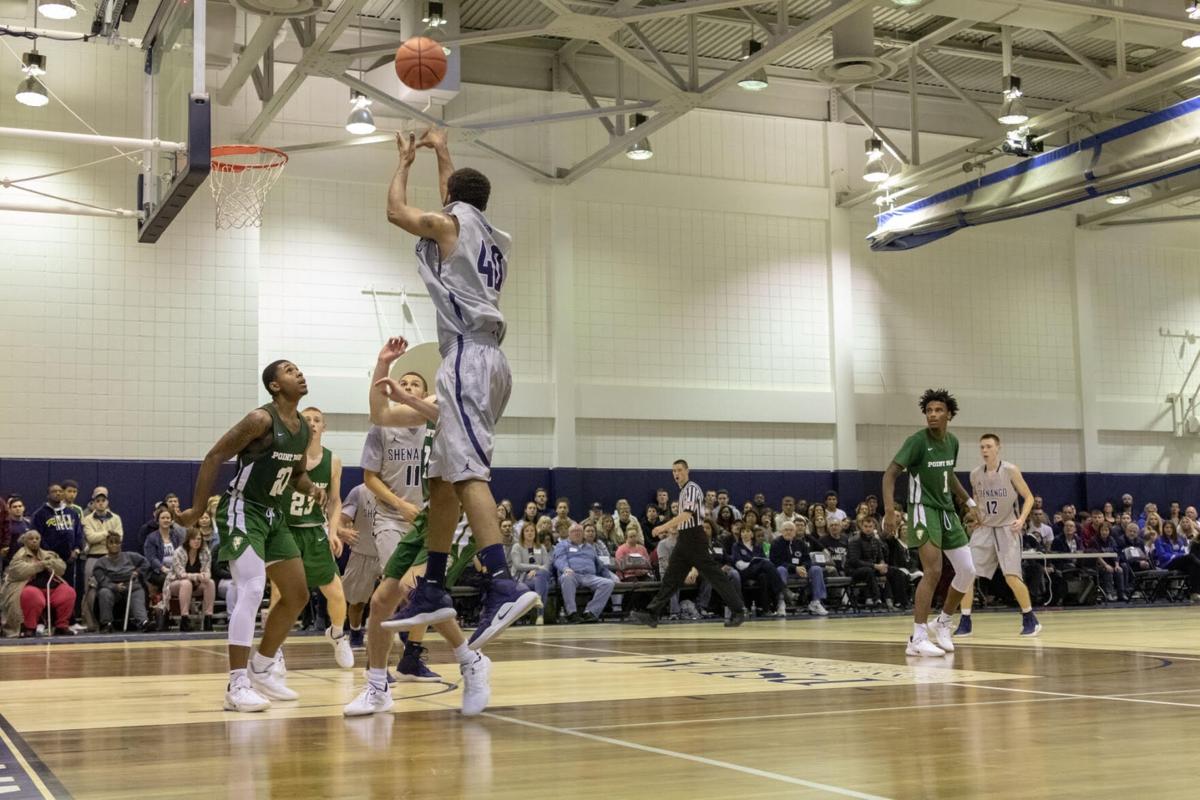 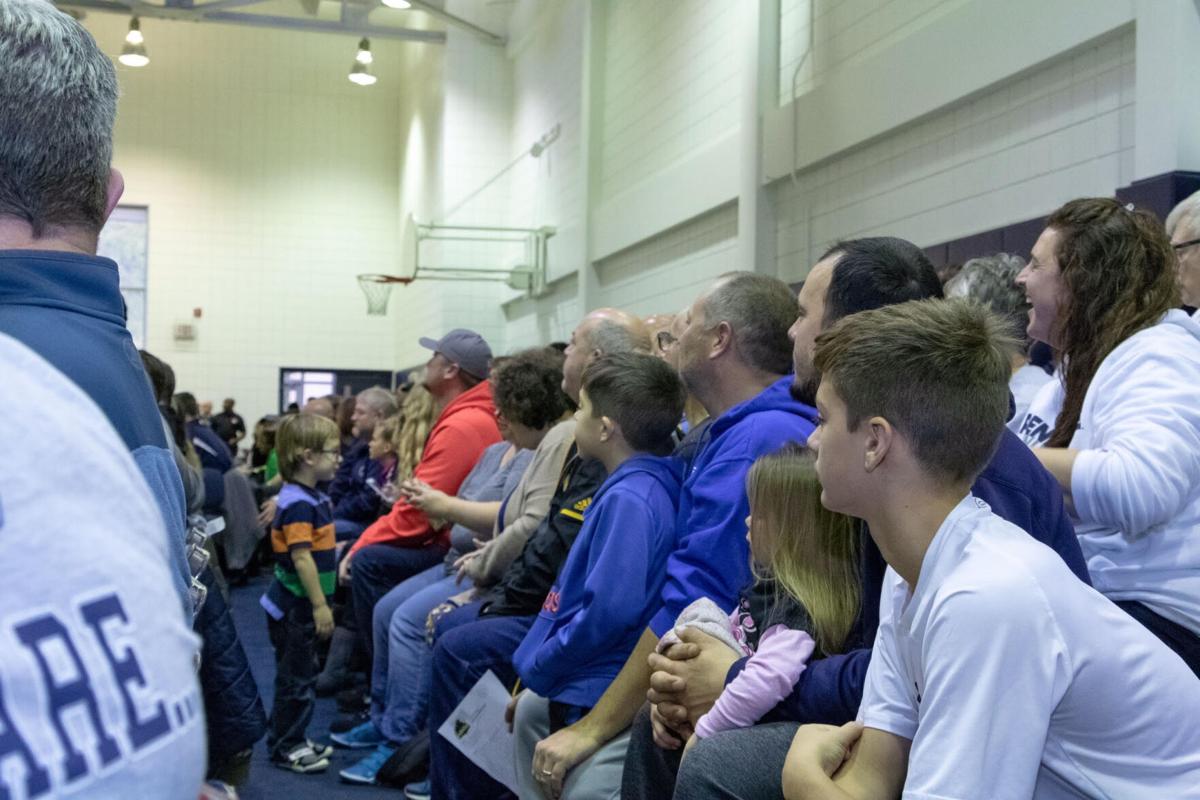 A shot of the crowd at a Penn State Shenango sporting event.

Penn State Shenango isn't letting its size determine how its athletic department should do business.

The smallest of Penn State's commonwealth campuses, Penn State Shenango is starting up its third athletic program in four years.

The commonwealth campus recently added a women’s basketball team, which will start competition during the 2021-22 season.

“Women’s basketball at Shenango will provide additional opportunities for student-athletes to gain a quality education and compete for Penn State,” David Jackson, interim athletic director told The Daily Collegian. “The support and positive response we received from both the campus and local communities after bringing athletics back for the first time since the early 90’s was far greater than we could have imagined.”

From the mid-1900s up until the 90s, Shenango had a few athletic programs, but they were discontinued due to budget constraints, according to Jackson.

Jackson attributes the successful startup of the two aforementioned programs and the women’s basketball program to community, alumni and staff support. The school's newest team came about after an influx of $20,000 from the alumni society.

“There are many individuals who have worked hard to bring a women’s basketball program to Shenango,” Jackson said.

Even though no basketball has been played yet, Shenango already found a head coach for its program in Daniel Johnson, a seasoned leader with years of coaching experience.

Before taking the reins at Shenango, Johnson spent three years coaching the women’s team at Sarasota Christian School, a high school in Florida.

During his tenure, he coached two McDonald’s All-American nominees and finished in the top 20 of the state’s 3A class multiple times.

Prior to his years coaching high school, Johnson held the head coaching position at the University of Maine at Fort Kent.

Despite having no returning players in his first season, he finished his tenure ranked 10th in the United States Collegiate Athletic Association Division I Coaches Poll, while turning in a record of 16-11.

In addition, Johnson served as an assistant at Division II Malone University and head coach at Crossroads College, where he restarted the women’s team after a two-year hiatus and had four athletes receive All-American honors.

It's Johnson's previous knack and ability for building programs from the ground up that enticed Jackson and was at least part of the reason for Johnson's hiring.

“Coach Johnson is a tireless worker who will bring passion and energy to the Shenango women’s basketball program,” Jackson said. “He possesses the experience we were searching for in a candidate who understands the rigors of building a program from the ground up."

Johnson stressed certain aspects of team culture — family, college and basketball — while also noting the challenges he will face when building this program with no physical roster while still adhering to coronavirus protocols.

Located on the Ohio border and 75 miles northwest of Pittsburgh, Penn State Shenango's location could give Johnson a good pool of talent to pick from when constructing the program's first-ever women's basketball roster.

Jackson said the first-year coach knows this and has already put in the effort to have that roster come to fruition.

"Coach Johnson has already begun to build relationships in the community and with local coaches," Jackson said. "This will be essential for recruiting in an area with so much basketball tradition and talent.”

Johnson asserts confidence that he’ll be able to develop a successful program at Shenango like he’s done in his previous positions.

He also recognizes the importance of building

“We are recruiting a whole team and building the image about the program’s success and style without reference,” Johnson said. “The team that starts in the 2021-22 academic year will create the foundation for the program for years to come.”

And so, as he's done so often before, Johnson will go about laying the groundwork for yet another upstart program, embracing the challenge and difficulty along the way.

“The fact I can start a whole program from just a dream that the Penn State Shenango alumni, [athletic] director and athletic department conceived, it is an amazing challenge,” Johnson said.

Alexis Yoder is a sports reporter and podcaster for the Daily Collegian. She is a sophomore studying broadcast journalism.

While fans will not be in attendance for Saturday night’s game against Ohio State, Penn State fans could have a unique experience when watching the primetime game.