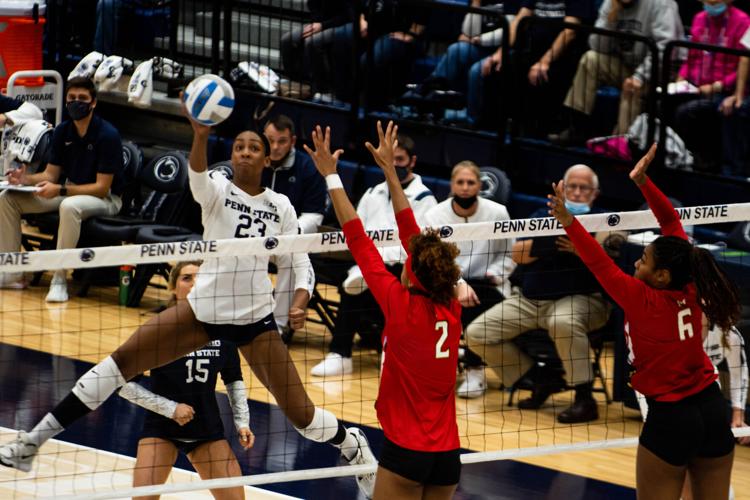 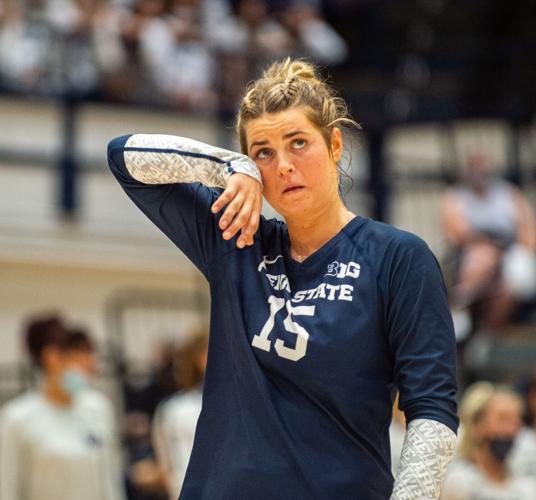 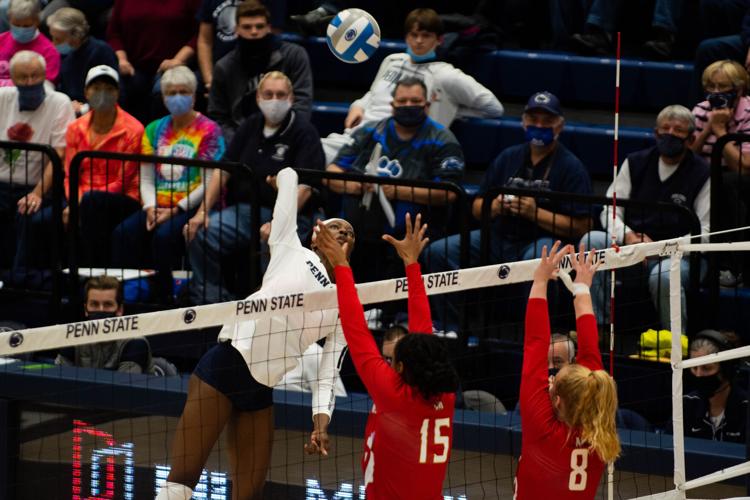 When the 2022-23 women’s volleyball season officially begins, it will be the beginning of a new era.

It will be the first season since 1979 that Russ Rose will not be at the helm of the program. Since Rose, the owner of the all-time best Division I record by a coach, announced his retirement, the program has seen significant turnover.

A total of seven players entered the transfer portal at the conclusion of the season, and they have all found new homes.

With the outgoing players choosing destinations all over the country, here’s a look at how each player could fare with their new squads.

Kaitlyn Hord was a force to be reckoned with during her time in Happy Valley.

Hord was a middle blocker who earned several accolades in her four years at Penn State.

The 6-foot-4 rising fifth-year earned first-, second-, third- and honorable-mention All-American honors in the 2019, 2021, 2020-21 and 2018 seasons, respectively. Hord also earned first-team All-Big Ten honors in each of her last three years with the Nittany Lions.

She chose Nebraska, a proven program, as her transfer destination for her final collegiate season.

Last season, the Cornhuskers finished with a record of 26-8 and were only one set away from becoming national champions. Hord could be the difference for Nebraska this season in its pursuit of a title.

Hampton chose South Carolina as her transfer destination, joining the team in spring 2022 ahead of the fall season.

After leading the Big Ten in digs per set with a 4.83 mark in 2021, Hampton earned second-team All-Big Ten recognition last season, as well as AVCA All-Northeast Region honorable mention honors.

She also totaled 1,077 digs and 54 aces during her time with the blue and white.

Hampton’s new squad finished below .500 last season, but it still made the NCAA Tournament in what was a step in the right direction for coach Tom Mendoza’s squad.

Outside hitter Annie Cate Fitzpatrick transferred to Florida for the 2022 season and likely beyond.

The 5-foot-11 outside hitter is originally from Ocala, Florida, so she is returning to her home state next season.

Fitzpatrick started all 16 matches as a freshman when she led the entire team in aces, was second in kills and third in digs, showing her chops as an all-around player.

The Gators finished with a record of 22-9 last season and made a run in the tournament before falling 3-0 to first-seeded Louisville.

Fitzpatrick will look to make an impact, both instant and long term, with her new squad.

Another Nittany Lion chose an SEC school to call home for the 2022 campaign.

Emily Oerther transferred to Mississippi State after three years in the blue and white. Oerther didn’t make a huge impact during her time at Penn State, only playing in a total of 18 matches in her three years.

However, she did show flashes when asked to step up, recording 46 assists and 12 digs in a match against Illinois on Feb. 6.

Oerther joins a great program at Mississippi State that went 25-6 last season and earned a berth to the NCAA Tournament.

However, the Bulldogs had a disappointing showing in the postseason, losing in their first-round matchup to Hawaii 3-2. They will look to improve upon that showing next season, which is something that a player from a decorated program like Penn State could be able to help with.

Graduate student and setter Gabby Blossom will embark on her final year of collegiate volleyball on the West Coast.

In 2019, Blossom earned an All-American third-team honor and was named Big Ten Setter of the Week on four separate occasions.

She joins a San Diego team that earned a record of 20-8 last season and a spot in the NCAA Tournament. The unit’s tournament hopes were quickly snuffed out, though, as it was blanked by Rice.

An accomplished and talented setter, Blossom should step in and play a huge role in San Diego’s success next season.

Rollins played in 32 matches and 117 sets for the Nittany Lions last season and averaged 2.45 kills per set.

Rollins will suit up for her third collegiate team in the fall when she steps on the court for Kentucky. The Wildcats finished last year with a record of 25-5-1.

Adding a player like Rollins, who is ultra athletic, could help push Kentucky over the top next season in the super competitive SEC.

Redshirt freshman setter Rachel Muisenga will don the green and white in 2022 after choosing Michigan State as her next school.

Muisenga never appeared in a game for the Nittany Lions in her one year on campus, but that doesn’t mean she can’t make an impact on her new team.

Muisenga was named the Gatorade Volleyball Player of the Year in Illinois and also earned first-team All-American honors in high school.

Unlike every other school on this list, the Spartans did not make the NCAA Tournament, finishing with a record of 11-18.

Muisenga should have a chance to make an immediate impact in East Lansing, Michigan, with plenty of time to grow in her new home — should she choose to stick around for the next four years.

A look at how the Big Ten has changed since its birth, including the addition of Penn State in 1990

Since its inception in 1896, the Big Ten has undergone conference expansion and realignment several times, including its most recent addition …

Penn State’s roster has players from all over the U.S., Canada and even Germany, but the Nittany Lions only have a handful of players hailing …