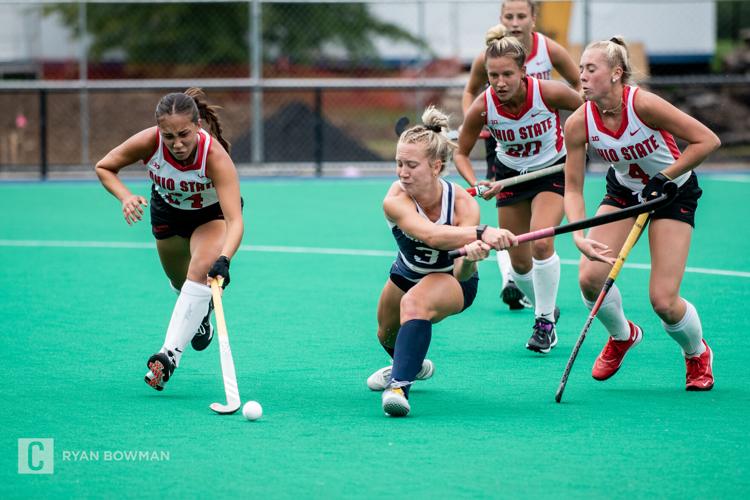 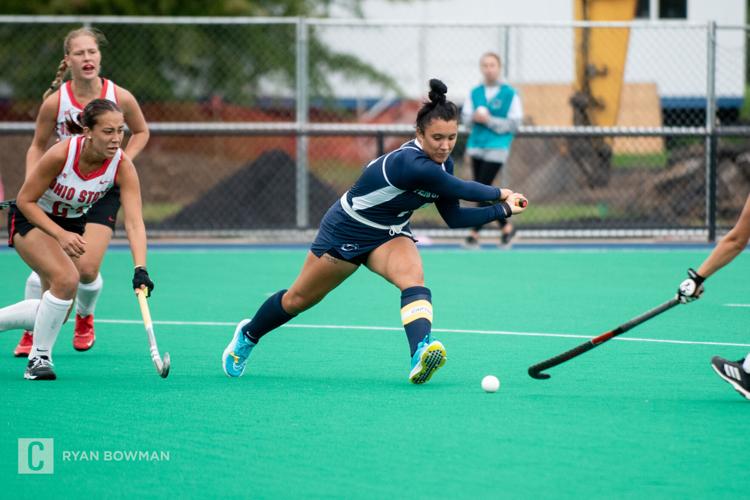 Reflecting on Penn State’s season, standout players on offense, in the midfield and on defense contributed to the most successful team since 2007.

During the regular season, the Nittany Lions went 15-2, their winningest record since 2012 when they went 16-4.

The blue and white started its season with a win over Virginia when junior forward Sophia Gladieux scored the game-winning goal late in the second half, while senior Mackenzie Allessie tallied two assists.

After a successful start, Louisville traveled to University Park and held Penn State to just one goal, winning the game 2-1 and giving it an early loss.

The Nittany Lions didn’t let this get them down and went on a seven-game win streak. Within these wins was their first Big Ten matchup of the season against Michigan, where Gladieux once again scored a goal in the 2-1 win, as well as made an assist.

Slowly climbing the national ranks, the Nittany Lions traveled to Northwestern. Despite Allessie’s hat trick, the defense couldn’t stop the Wildcats and lost in overtime, 5-4.

The blue and white knew it couldn’t hang onto this loss with games against Iowa and No. 2 Maryland in the near future.

Going into the Iowa game with a 4-0 shutout win over Indiana, the Nittany Lions faced another overtime game. Graduate student Anna Simon scored the first goal, but Iowa countered before the regulation time ended.

In overtime, it was Gladieux who scored the sudden-death goal and won the game for her team. After three more wins, the Nittany Lions prepared for a game against Maryland who led the Big Ten at the time.

Allessie, Gladieux and Vos led their team to a dominant 5-1 win over the Terrapins. Allessie recorded one goal and two assists; Gladieux had two goals, and Vos tallied two assists as well.

Winning one more regular-season matchup against Rutgers, Penn State took the conference title as well as the No. 1 seed heading into the Big Ten Tournament. The Nittany Lions went on to face Michigan in the semifinals where Gladieux’s lone goal wasn’t enough to advance, losing 2-1.

The blue and white continued its success in the NCAA Tournament, first defeating Louisville 5-0 to show how much the team improved since the beginning of the season.

Penn State then took on UAlbany in the quarterfinals where Allessie scored the goal that moved her team to the semifinals against No. 1 North Carolina. This year’s NCAA Champion Tarheels beat Penn State 3-0.

At the end of the season, accolades were announced, and there were three Nittany Lions who stood out.

Vos led the defense, preventing multiple scoring opportunities in big moments. Allessie controlled the midfield, making key passes into the circle as well as creating scoring opportunities for herself. Gladieux took over the offense as Penn State’s top scorer once again, winning many games for the Nittany Lions.

Vos is a center back from the Netherlands who acts as the stopper for corner shots and holds down the stroke position on defensive corners. She’s started for the Nittany Lions since her freshman year and has gotten more recognition each season.

Named NFHCA All-Region for the third consecutive year, Vos earned the right to be one of Penn State’s three captains. Vos tallied 10 assists this season, tying for fifth in the Big Ten. With six shots as a defender, she also helped lead the defense to eight shutout wins.

Allessie takes care of the middle of the field for the Nittany Lions as well as on the U.S. National Team where she has been a team member in 2019 and 2022.

Another captain, Allessie has earned NFHCA All-Region four years in a row, as well as first-team All-Big Ten this season. Allessie is known for her intensity, both in the middle of the field to break down plays and in the circle to score.

Allessie also finished second in the NCAA for assists per game, averaging .89 while leading the Big Ten.

She also led the Nittany Lions with 18 assists and scored 12 goals. Four of her 12 goals were also game-winners, including the UAlbany game that sent Penn State to the semifinals of the NCAA Tournament.

On offense, there’s no choice for a standout player other than Gladieux.

Gladieux created scoring opportunities and has been known for her signature reverse shot, but this year has proven she has other tricks, perfecting her forehand shot and creating another lethal weapon to use against defenses.

With seven game-winning goals, Gladieux led the Big Ten while finishing second in goals and points scored. Gladieux was also No. 3 in the NCAA for goals per game with an average of 1.17.

With Allessie and Vos potentially on their way out of Happy Valley, it’ll be on Gladieux and others to lead Penn State in 2023.

Penn State continued its road trip with a match against Lehigh on Sunday.

Penn State’s coaching staff was recognized as the NFHCA’s Mideast Region Coaching Staff of the Year on Tuesday afternoon.

Kailee is a softball reporter for The Daily Collegian. She is a sophomore majoring in elementary education.