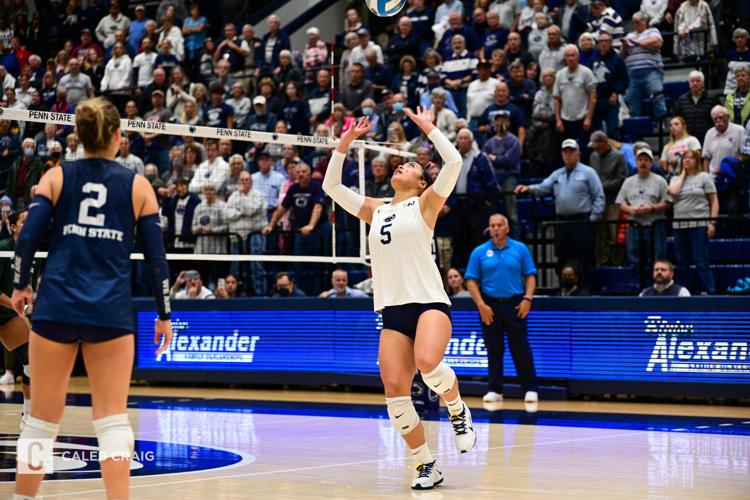 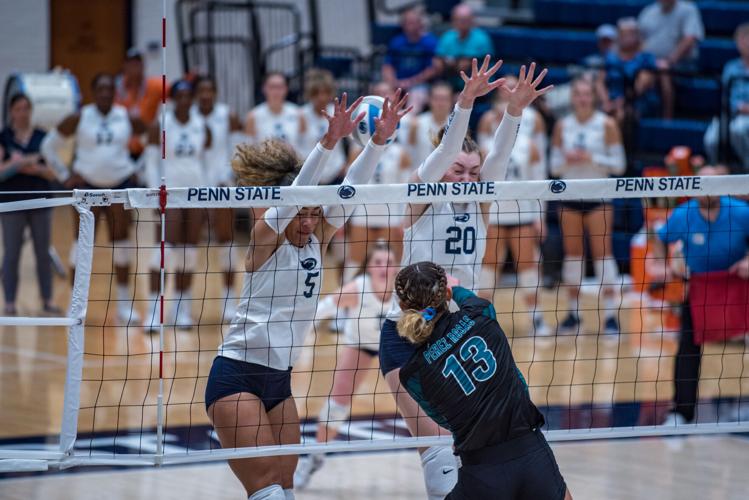 Currently sitting at sixth in the Big Ten, the No. 16 ranked Nittany Lions are taking every weekend as another opportunity to get better, establishing themselves as a dominant passing and aggressive serving team to score points.

However, the blue and white has yet to beat a ranked Big Ten opponent this season with its last ranked win coming against then-No. 18 Oregon in the Big Ten/Pac-12 challenge in Minneapolis.

Penn State is a team with NCAA tournament aspirations and while there are several members of the squad that have never been to the tournament, continuing to build momentum ahead of this weekend's set with Indiana and Purdue is a key focus.

Coach Katie Schumacher-Cawley knows staying true to what the team does best is key and placed a strong emphasis on capitalizing opportunities out of timeouts and managing long rallies to score at important times in the match.

“I've always been telling them, the great teams get better at this point in the season,” Schumacher-Cawley said. “So I think it's just really stressing the importance of what we're doing in practice and that, you know, they have to be able to come focused and ready to go.”

For Penn State, the freshman duo of libero and defensive specialist Gillian Grimes and outside hitter Alexa Markley has brought an energizing spark throughout the season, making significant contributions and learning from the veterans through their first slate of Big Ten matches.

Grimes has played in every match for the Nittany Lions this season and Markley ranks sixth on the team with 95 kills in just 52 of 92 total sets on the season. While Schumacher-Cawley called every weekend a “learning experience for this group,” this young core will be tested in the latter half of Big Ten play.

“For the younger ones, a lot of their high school seasons would have been over by now so I know this is like an extended season for them,” Schumacher-Cawley said. “So, we’re just keeping them focused, healthy and we keep talking about one match at a time.”

One of the leaders for the young core and the entire team is graduate student setter Seleisa Elisaia. Since transferring from Cal State Bakersfield to play her final year of college volleyball in Happy Valley, Elisaia has played in every set for the blue and white and leads the Big Ten in total assists.

Elisaia’s veteran poise and leadership has been critical for Penn State. As the focal point of the offense, the South Jordan, Utah, native has established a growing connection with all her hitters and back row players. Elisaia also illustrated the importance of growing that connection, especially with the younger players.

“I think all you can do is just pass on that knowledge and just kind of guide them through the long season that it is,” Elisaia said. “I mean, obviously they'll experience it as time goes on too and they'll be able to feel out how long of a season it is so I think just kind of taking them under your wing and explaining to them that you do want to take care of yourself.”

Elisaia picked up her third Big Ten Setter of the Week honor of the season on Monday and while the fifth-year senior has been growing in confidence on the floor, she credits the passing of the back row to her success in seeing the floor and finding her hitters.

While at Cal State Bakersfield, Elisaia played both indoor and beach volleyball for the Roadrunners, taking what she learned on the beach and applying it to Schumacher-Cawley’s system with the Nittany Lions as the primary setter.

“I think beach has definitely helped me be able to see the court a little bit more,” Elisaia said. “And then obviously playing in the sand really helps with your vertical and stuff so over the years that's really helped with my indoor play as well.”

Despite clinching two victories in a row, Penn State dropped one spot in the most recent AVC…

Another week, another series against the top-ranked team in the nation for Penn State after splitting its pair of matchups with then-No.1 Mich…

With Indiana looking for revenge at home, Penn State downed the Hoosiers and extended its win streak to three games.

No. 16 Penn State traveled to West Lafayette, Indiana, to face Purdue in a Saturday night matchup.