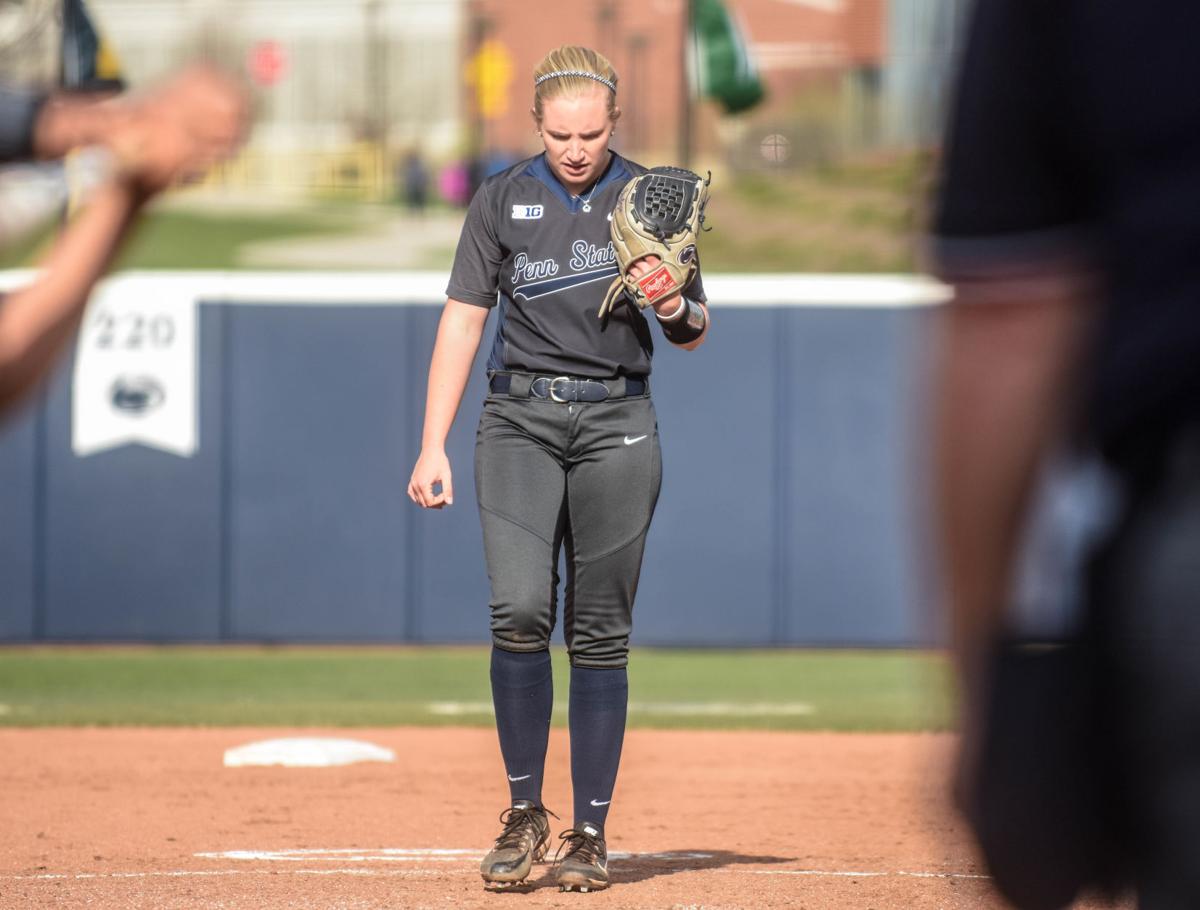 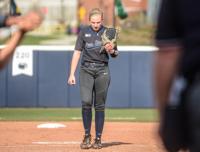 Pitcher Jessica Cummings (1) prepares to pitch during a game against Illinois at Beard Field on Saturday, April 28, 2018. Penn State lost the game 11-4. 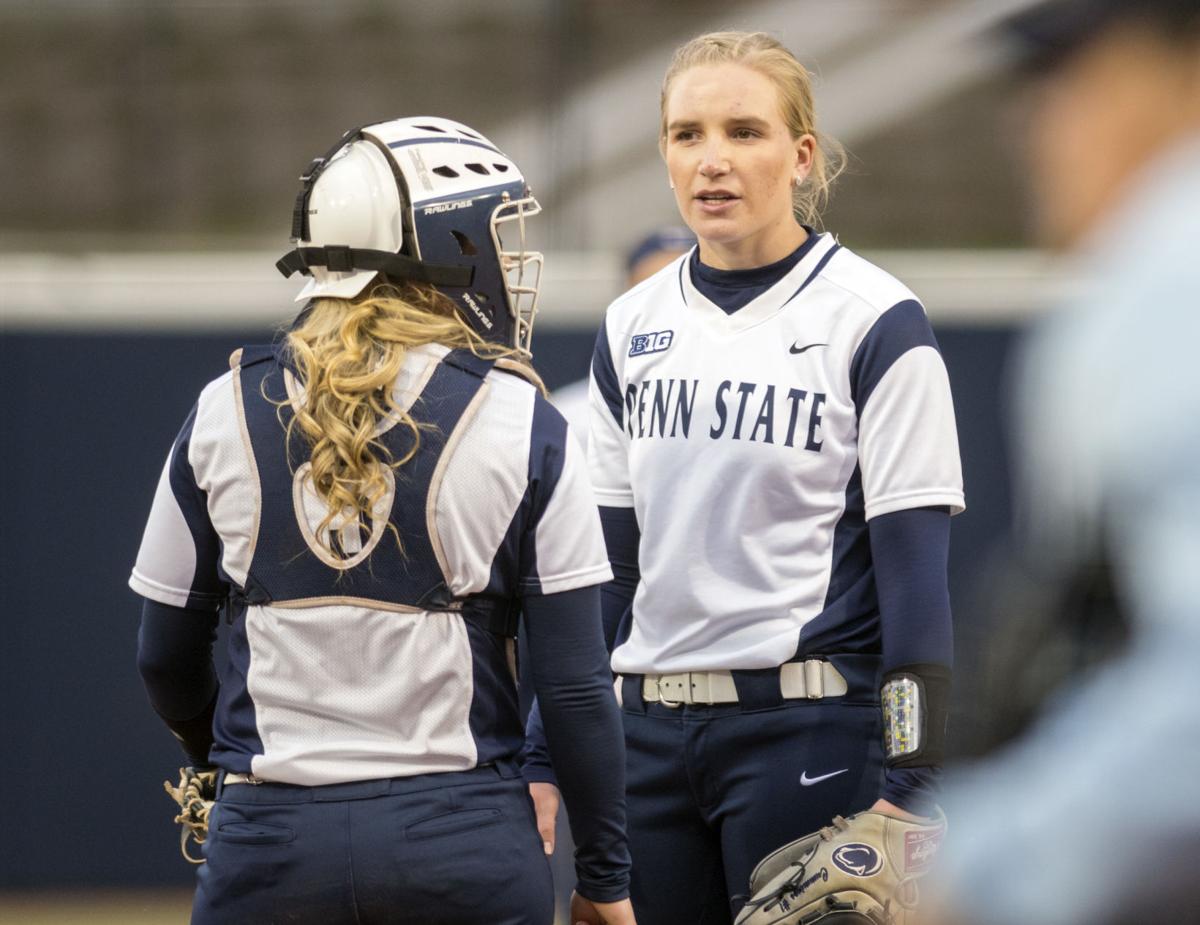 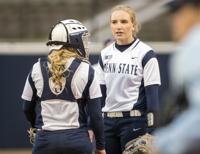 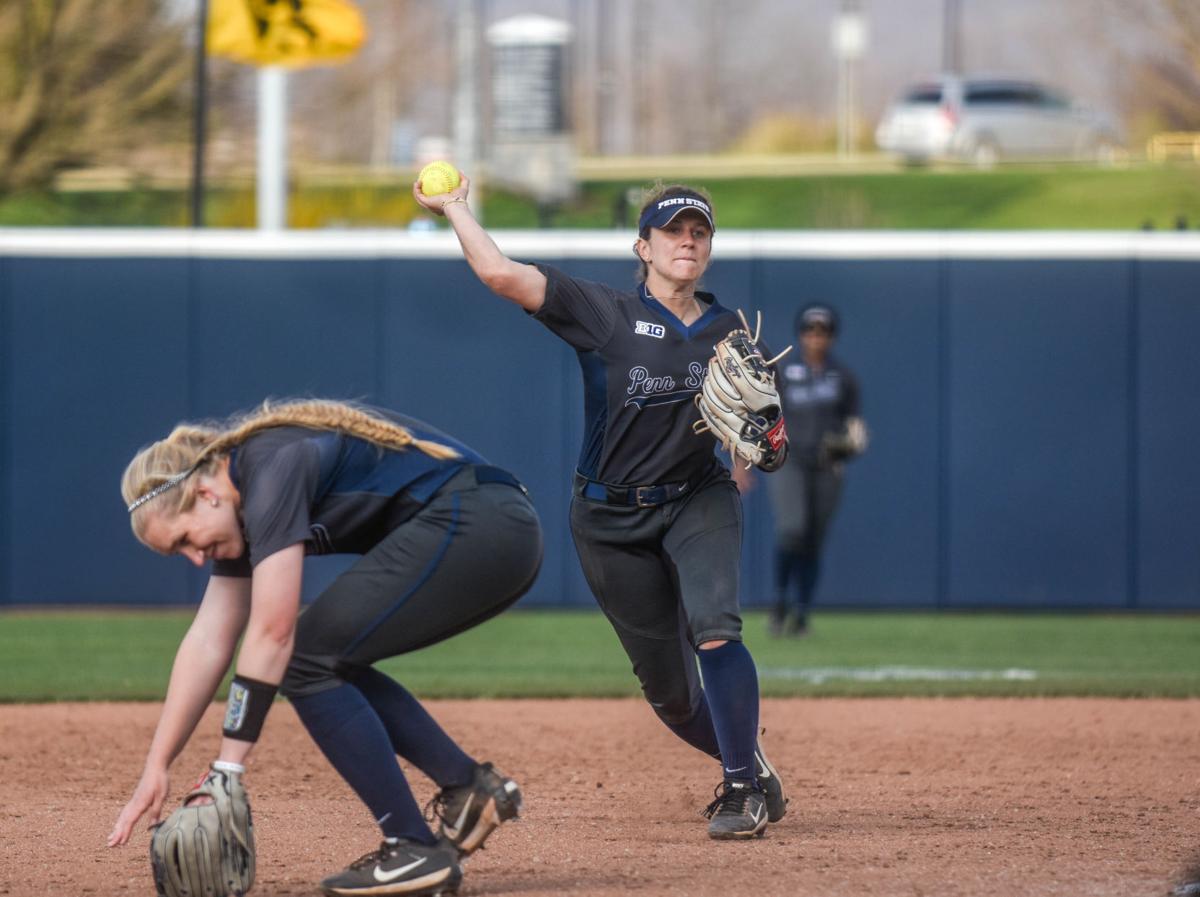 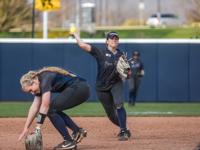 Whenever former softball player Jessica Cummings stood on the mound at Beard Field, she was determined to give her all, by any means necessary.

When she stood off of it, the chemical engineering major applied that same determination to her academics.

Today, Cummings has taken that dedication to a globally important level.

The 2018 Penn State graduate is currently a technical operations engineer for Merck & Co., a pharmaceutical company among the largest in the world.

There, as the coronavirus pandemic continues to rage across the world, Cummings is part of the company’s vaccine team, where she is in development of an experimental vaccine for the novel virus.

A job that varies day-by-day, Cummings admires the inherent challenge of her job.

“We’ve done everything from operating equipment, troubleshooting, I’ve worked on process startup, so all the things that go into that, in terms of validating our process,” Cummings said. “It’s been really exciting."

Cummings also admires the meaning of her position and her "dream job" at this point in time, calling it “awesome” to know her work makes the difference it does.

Her coworkers know this too, as they consistently remind one another of the bigger picture of the effort.

“Safety first, quality always,” Cummings said referring to the safety of her team and the quality of the distributed product.

Having worked for Merck since June 2019, the former pitcher cites the job’s continuous learning curve as her biggest challenge.

She recalls her first days at work, where the contents of daily meetings were difficult to grasp immediately.

“The learning curve was definitely crazy,” Cummings said, adding that the move to Pennsylvania “dramatically shifted” her job.

“It’s just something different every day, which I love,” she said, adding that she “would want it no other way.”

The challenges Cummings faces on a daily basis are not dissimilar in nature to those of being a Big Ten softball player.

She recalls similar spontaneity in softball, such as times where the team was not told of practice locations until 15 minutes in advance.

Instances such as these helped her construct the “go with the flow” approach to her life that helps her at Merck.

Having to not only be the softball player, but also the chemical engineering student, she was presented with challenges of her own.

She mentioned there was a challenge “to give my all to both sides,” while simultaneously balancing that with life.

However, she didn’t put time management in a similar vein.

“I don’t even necessarily think it was time management,” she said, adding that working with “great people” such as advisors, those of her engineering department, and former coach Amanda Lehotak helped her find the right balance.

Cummings also mentioned there is plenty from Penn State that translates into her current career, with her accrued time management and knowledge of self-advocating making the transition smooth.

Communicative abilities from Penn State have also helped her along.

“We were really given a voice at Penn State, and an opportunity to excel as much as we wanted… It’s honestly a very similar dynamic, people might give a little less constructive criticism,” Cummings said with a laugh. “They might be a little more protective of your feelings than people are in sports.”

Although it’s difficult for Cummings to identify her biggest takeaway from Penn State, she felt the values of self-advocacy and communication were better than most.

On the latter, Cummings mentioned having to communicate with professors who seldom had athletes, a key factor in communication when the team was on the road.

“Just figuring out what my responsibility in that situation is,” she said. “They didn’t have to cater to me, I had to be the one to reach out, figure out how to make it work.”

Cummings looks at her work over the past six years, both at Penn State and Merck, with admiration.

“As a whole has it always been perfect? Absolutely not,” Cummings said, but she reiterated that playing collegiate softball, the game she has always loved, at a school of Penn State’s caliber and now working with Merck is “living my dream.”

Those close to Cummings know her work ethic well.

Gianna Arrizurieta, former teammate and three-year roommate to Cummings, had no doubt that her friend could achieve what she has.

“She’s one of the hardest working people I know,” Arrizurieta said. “She was always studying, always in our academic center, studying, working with her groups and stuff. But that never took anything away from what she gave to the team.”

Arrizurieta commented on Cummings’ steadfast mentality further, mentioning that she often would put others above herself and show up to softball-related activities on weekends.

“That’s just the kind of kid she is,” Arrizurieta continued.

“Jess was willing to do anything for the team, always put the team first,” Lehotak said. "She always did the right thing, or had high accountability."

Lehotak continued by saying Cummings was always determined in her career path.

“Jess always knew what she wanted to do, she knew she was going to go into medicine,” the former softball coach said. “She had always said she wanted to go and change the medical field.”

Neither Arrizurieta nor Lehotak could be prouder of the position Cummings finds herself in today.

“I’m super proud of her. I think that’s the best thing I could’ve wished for her,” Arrizurieta said. “She always loved softball and was super dedicated to the sport and her team, but at the end of the day, that kid’s a genius, and I’m really glad she’s in a field that she loves, in a field that has the potential to help a large amount of people.”

Lehotak echoed Arrizurieta’s words, adding she felt “lucky to be a part of her life” and “learned a lot” from Cummings.

“I’m just so proud of her, I honestly don’t have the words to even say it,” Lehotak said. “But it’s amazing, and it’s cool to watch her grow and be the person she said she would always be.”

While Penn State lost many key players from its infield and outfield after the 2020 coronavirus-shortened season, the team’s depth at both pit…