You are the owner of this article.
Edit Article Add New Article
You have permission to edit this article.
Edit
Home
Latest
News
Sports
Football
Opinion
Lifestyle
Multimedia
Join
Subscribe
Share This
Softball • Click for more stories •
1 of 2 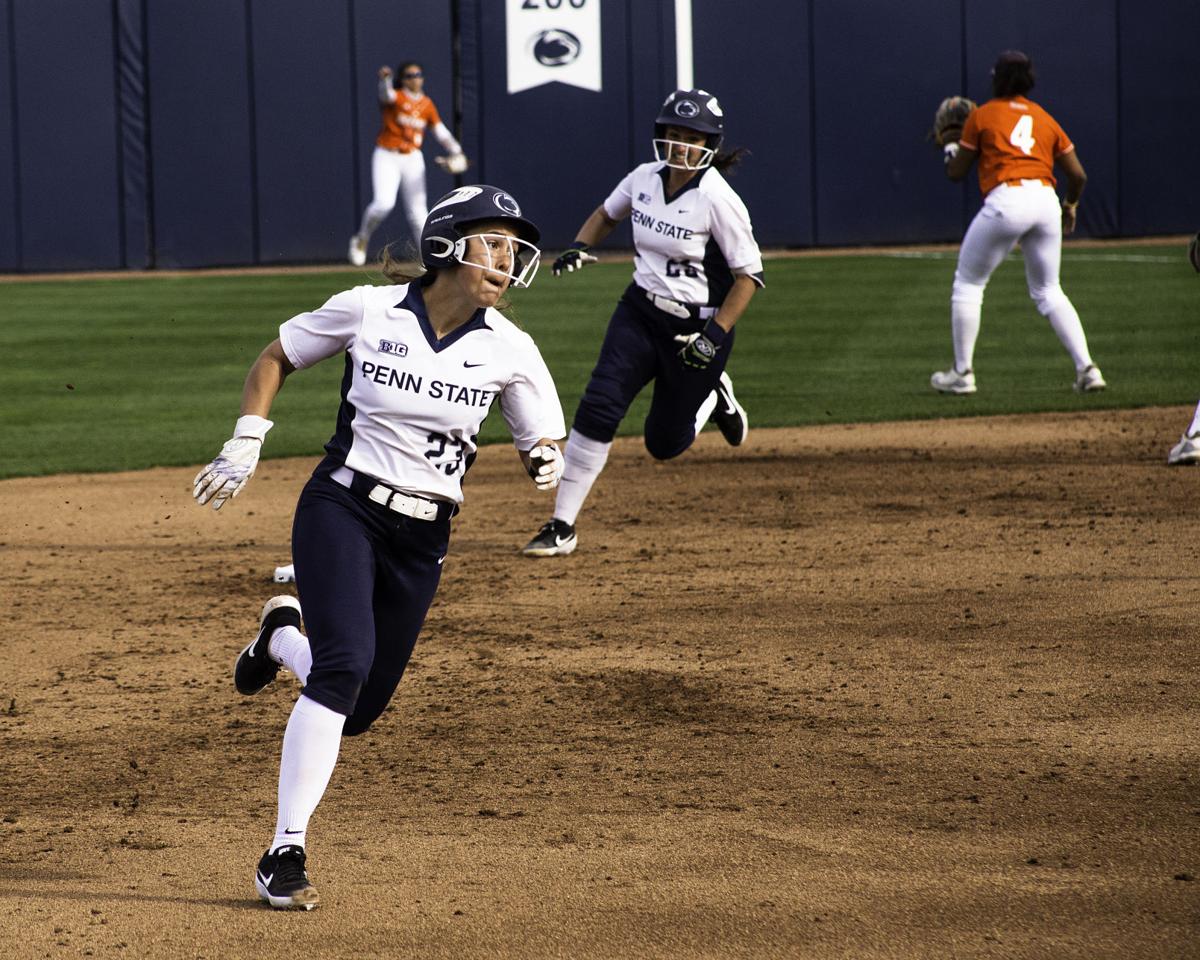 Infielders Claire Swedburg (23) and Chelsea Bisi (25) run to bases during the 2-4 loss against Bucknell University at Beard Field on Wednesday, April 24, 2019. 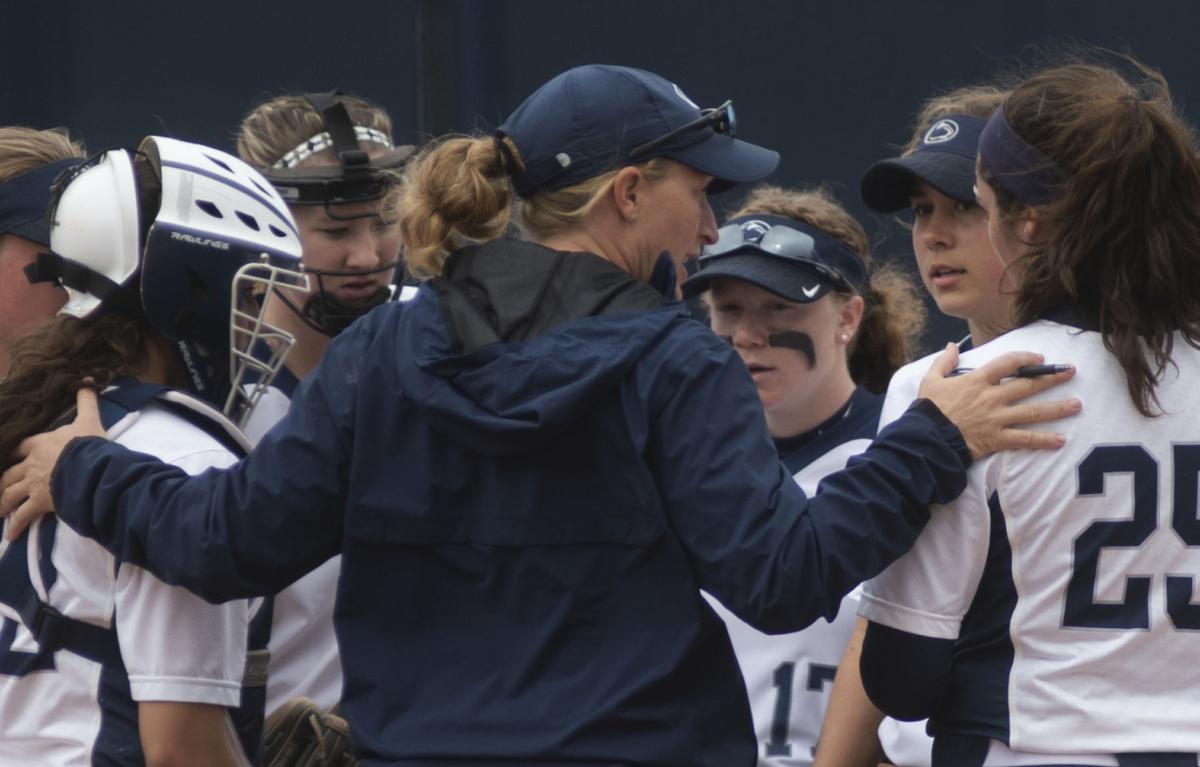 Penn State head coach Amanda Lehotak talks with her team during the softball game against Rutgers at Beard Field on Friday, April 12, 2019. The Scarlet Knights defeated the Nittany Lions 6-1.

While others may be enjoying a nice ski trip or relaxing on the beach, Penn State softball will travel to Clearwater, Florida, to participate in the Clearwater Spring Break Invitational.

Last weekend, Penn State went 3-2 in the I-75 Challenge. The competition lined up rather evenly with that of the Clearwater Invitational, and coach Amanda Lehotak believes that the team’s ceiling is much higher than what they’ve shown so far.

“Every week we’re creating new standards and new expectations amongst ourselves,” Lehotak said. “They’ve done a really good job of not making the same mistake twice, so we just need to keep that mentality of ‘find a way to get better, do whatever the game requires.’”

The Nittany Lions’ first test of the trip is Yale. The Bulldogs are 4-6 so far this year, having started regular season play two weeks ago.

All classes are pretty much equally represented on Yale’s roster, and it will be interesting to see how that matches up against a very young Penn State team.

Senior infielder Annie Tarte is a standout for the Bulldogs, batting .387 on the year and currently leading her team in hits (12).

For the Nittany Lions, the key to taking down Yale lies in the defense. Yale has won every game this season in which they’ve scored more than four runs, so if the blue and white can limit them to below that, Yale will have its work cut out for them.

Penn State will face off against Yale at 2:30 p.m. on Friday.

The weekend’s next opponent comes in the form of Bowling Green.

Bowling Green is currently sitting at exactly .500 this season, with a record of 6-6. Although the Falcons have lost their past three games, they showed flashes early in the season and definitely have the potential to beat quality opponents.

Senior catcher/infielder Logan Everett has had an impressive year at the plate thus far this year for the Falcons. Although only batting .265, Everett boasts 11 RBIs and 13 total bases in nine hits at this point in the season. Everett has proven to be lethal with runners on base, and it will be interesting to see how Penn State’s pitching staff reacts in late inning situations.

Penn State will face off against Bowling Green at 5 p.m. on Friday.

Penn State’s third foe of the weekend is Seton Hall.

One Pirate pitcher to look out for is freshman Shelby Smith. Although Smith hasn’t necessarily been tested yet, she is 2-0 on the year and holds the lowest ERA on the roster with a 3.20.

Similarly to Yale, the Pirates depend on scoring heavily to win, so if the Nittany Lions can hold Seton Hall’s runs to a minimum it should be a manageable matchup for the blue and white.

Penn State will face off against Seton Hall at 9 a.m. on Saturday.

The Colonials are 6-8 on the year, boasting wins most recently against UNC Wilmington and Marist. While neither are objective powerhouses, they are still a high level opponent, and quality wins for the Colonials.

Sophomore catcher/outfielder Erika Bell has dominated at the plate this year for Robert Morris, batting .417 on the year with six runs and ten hits. Although Bell hasn’t played in every game this year, it’s reasonable to suspect that as her production rises, her playing time will as well.

If Bell does find herself in the batter’s box against the blue and white, she matches up quite well with Bailey Parshall, and the two’s battle should be quite entertaining.

Penn State will face off against Robert Morris at 11:30 a.m. on Saturday.

Penn State’s final opponent of the weekend is Western Michigan.

The Broncos are 3-13, and aside from an early season win against No. 22 Arizona State, their record pretty much tells the story.

Junior pitcher/infielder Sydney Stefanick is a bright spot for the Broncos, having started every game this season and currently batting .388. She has 19 hits and 29 total bases, and is a clear standout in Western Michigan’s lineup.

While the Broncos would be very easy to overlook, anything can happen in college softball, and the Nittany Lions need to limit errors and be consistent to come away with a win.

Penn State will face off against Western Michigan at 9 a.m. on Sunday.