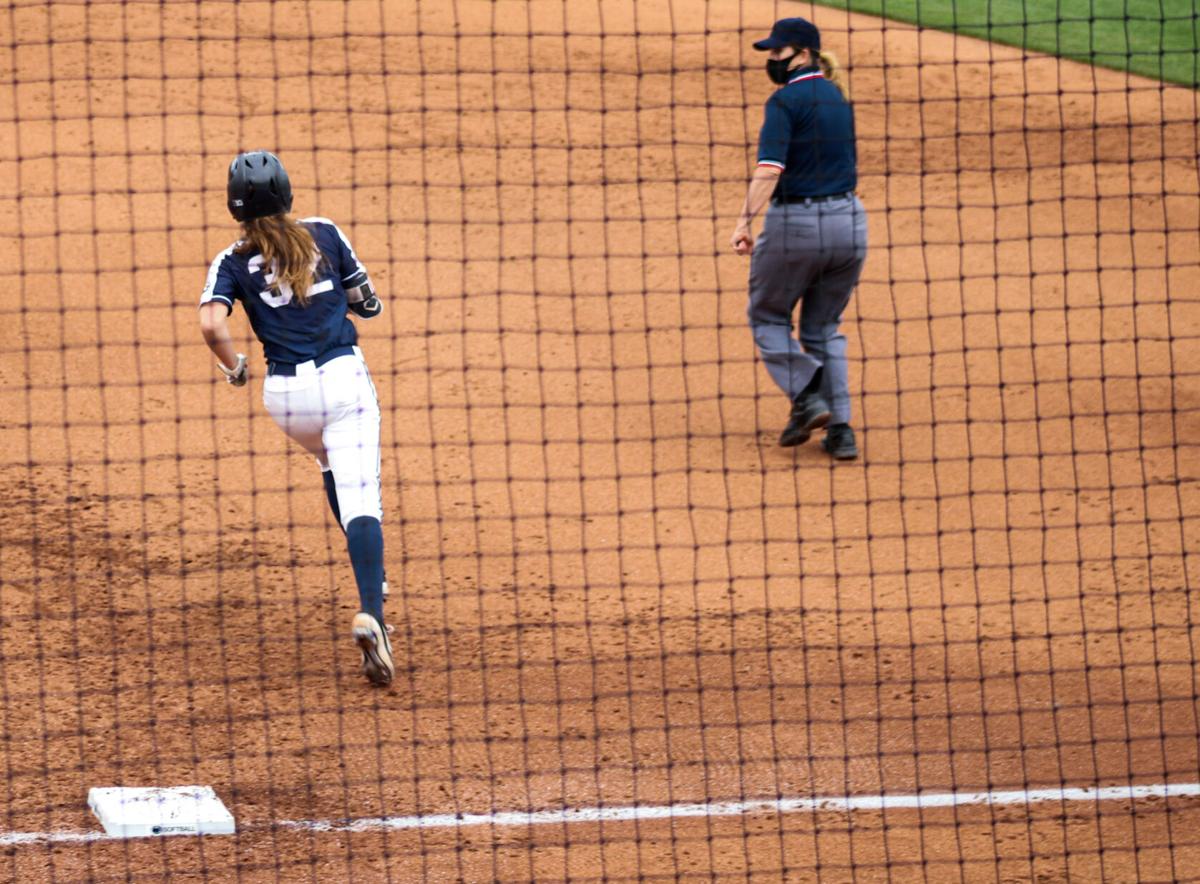 Catcher Ally Kurland (32) rounds first base after her first home run during Penn State softball's double header against Rutgers on Saturday, April 10, 2021 at Beard Field in University Park, Pa.  The Nittany Lions won the first game 4-2 and the second 4-3 against the Scarlet Knights. 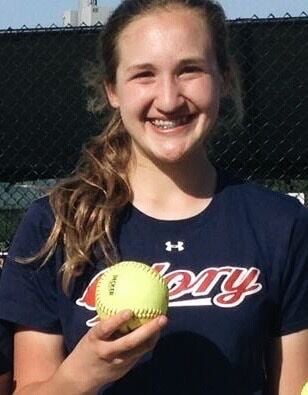 Ally Kurland at age 13 during her time with the Virginia Glory. 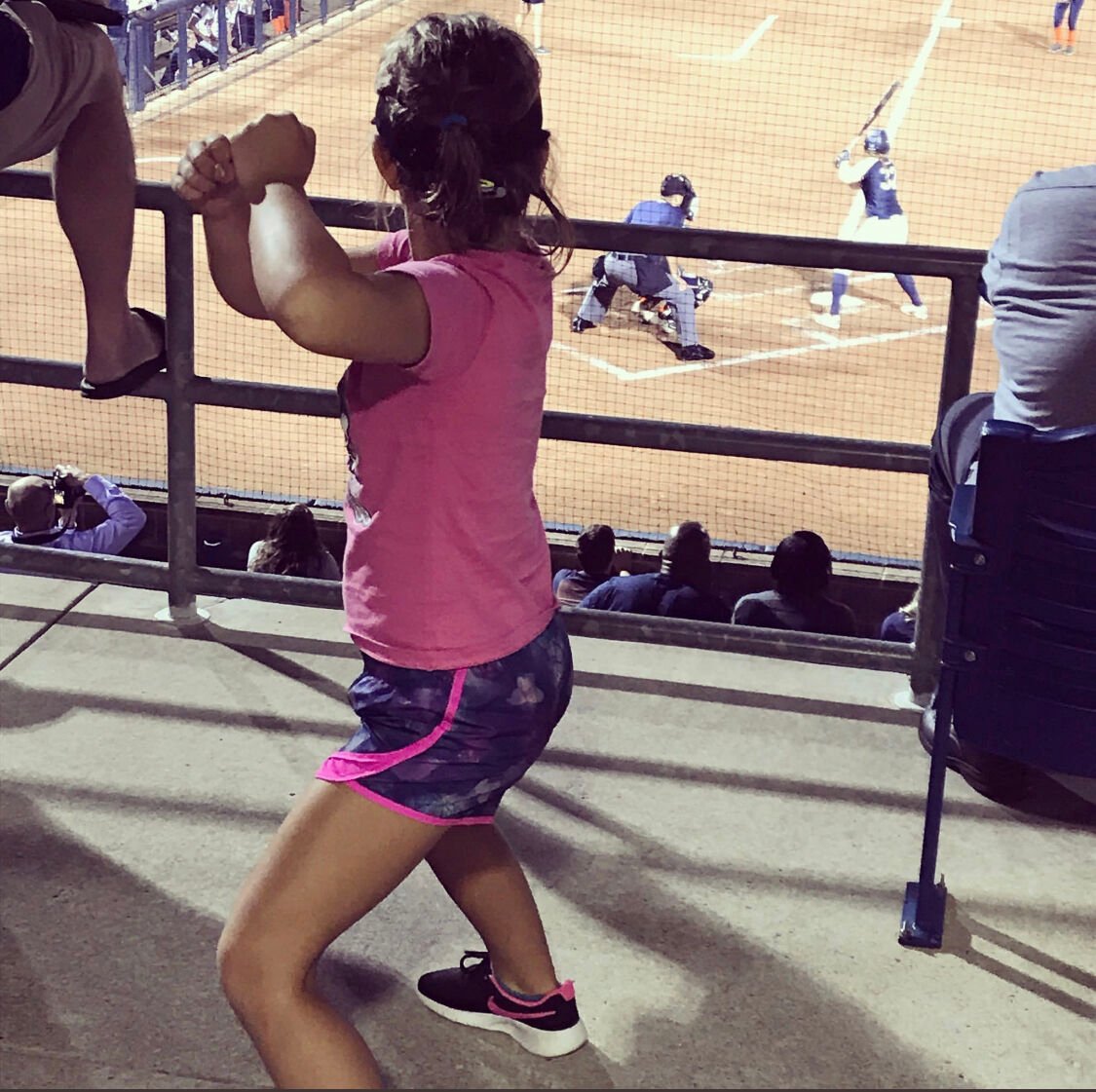 Southpaws are often identified in many ways.

Whether it be the smudge on their hands when writing or the awkward way they hold scissors, they’re a hard group to overlook.

Sports tend to create even more of a divide between lefties and their right-handed counterparts. Left-handed quarterbacks are outcasts, while any parent of a left-handed child with pitching aspirations starts salivating at the thought of college scholarships.

Perhaps, lefties are tied down to a certain selection of roles in baseball and softball more than any other sport, specifically at the catcher position. A left-handed catcher has not caught an MLB game since 1989 when Benny Distefano set up behind the plate for three games for the Pittsburgh Pirates.

While having a left-handed catcher may put some teams at a disadvantage, Ally Kurland ensures that’s not the case for Penn State softball. The rising senior started every game for the Nittany Lions this season.

Take a look around the Big Ten, and you’ll see Kurland stands alone as the only left-handed catcher in the conference.

Kurland started off playing baseball where she excelled as a pitcher. But at age 9, the Burke, Virginia, native started softball and cemented herself as a catcher. She wanted to continue pitching but figured switching to softball’s underhand style would take too long.

“I just picked up a glove, put on some gear and I just started catching one day,” Kurland told The Daily Collegian. “It just felt natural back there.”

According to her father Kevin, Ally’s desire to play catcher went all the way back to T-ball when he said she loved to put the gear on.

Ally’s handedness was something that was brought up often by coaches and other parents, and Kevin said Ally was seen as a bit of an “oddity” at camps — but that eventually drew many coaches to her. However, he said there were coaches in the recruitment process who wouldn’t even consider looking at a lefty catcher.

Once she took her place behind the plate, Kurland had the full support of all her coaches, as she was never steered toward the more conventional lefty positions of first base or the outfield.

Mike Mertz met Kurland when she was just 10 years old and coached her travel team, Virginia Glory. The pair met through recreational basketball, where Mertz proposed a future in softball to the young Kurland.

Mertz said Kurland’s handedness put her at an advantage due to having an easier throw to first base, a sentiment that Kurland also expressed. Kurland said she thinks being a lefty also helps her with fielding a bunt.

The only challenge, according to Mertz, was the throw down to third base, where a lefty has to reposition themself.

Mertz said he believes the throw to third wasn’t a problem for Kurland, though, due to her “elite” arm. He recalled that she used to dial her throws up to 60 mph as a freshman in high school, which gave him the indication that she was able to play at the Power Five level.

To Mertz, keeping lefties away from the backstop is a notion that needs to be done away with, and he said Kurland acts a role model to many young left-handed softball players.

“I think that it’s an old school preconception,” Mertz told the Collegian. “I think that there’s a tradition involved in that decision. I think left-handed defenders in softball should have more opportunity. I think catcher is completely doable, and [Ally] is proof.”

The Glory had many catchers, according to Mertz, and he said having competition drove Kurland to constantly improve and become the best version of herself.

The players on the team were held to a high standard, and they clearly reaped the benefits after every player went on to compete in college. Kurland caught Kathryn Sandercock with the Glory, and Sandercock was a Gatorade Player of the Year before helping lead Florida State to the College World Series finals last week.

Mertz also noted Kurland’s dedication — he said she only missed a total of five games and practices through nine years of playing for him. Her commitment to the program was a large part of the reason Mertz decided to make Kurland’s No. 23 jersey the only one to be retired by the Glory.

Kurland’s father said her “high softball IQ” allows her to not miss a beat as a lefty catcher in the Big Ten and helps her to make all the necessary throws in such a competitive conference.

“Ally is a very humble young lady that really holds herself to a level of excellence, and myself and her mother couldn’t be any prouder,” Kevin Kurland told the Collegian.

During the 2021 season, Kurland hit a team-high five home runs to go with 14 RBIs under first-year head coach Clarisa Crowell. Kurland was also responsible for calling the games for her pitching staff.

While she’s on the field, Kurland said she never really thinks about how she is one of the rare left-handed catchers, but she does take note of its uniqueness when other people bring it up.

How Logan and Lexie Black went from Omaha, Nebraska, to Penn State softball

For most Penn State Nittany Lions, the state of Nebraska can be seen as uncharted territory.

One of Penn State’s best was recognized for her 2021 performance.

James Langan is a columnist at The Daily Collegian. He is a junior majoring in broadcast journalism.