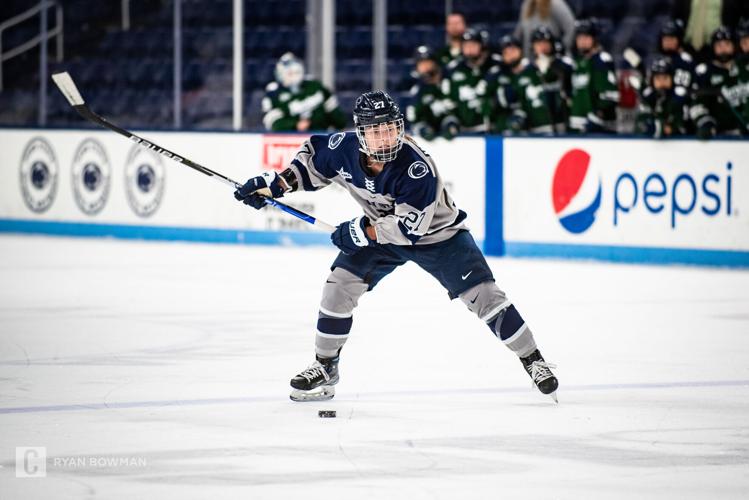 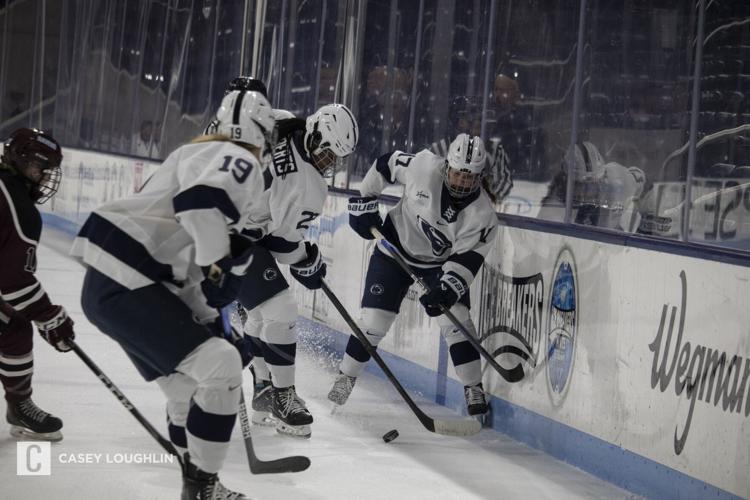 Penn State had a chance for a statement win over undefeated No. 6 Yale, but fell well short of coming out on top.

The blue and white was defeated by the Bulldogs 3-0 on Friday night at Ingalls Rink.

The Nittany Lions had some momentum building after their third series sweep of the season over Brown, but failed to keep that momentum rolling when they came out flat against a much stronger opponent.

Yale came out ready to play right from the puck drop, but for a large portion of the first period it couldn’t find the back of the net.

That all changed at the 14:47 mark in the first period, when Yale’s Anna Bargman scored to make the score 1-0, with Jordan Ray and Elle Hartje gathering the assists.

The Bulldogs didn’t stop there, though, when a tripping penalty by Nittany Lion senior defender Izzy Heminger allowed Yale to have a power-play opportunity. The Bulldogs took full advantage of the chance, racking up eight shots before finally getting one past junior goalie Josie Bothun.

The tally was scored by Claire Dalton to put the pressure on Penn State heading into the locker room. The first period was pure domination for Yale, who outshot Penn State 33-5, an incredible advantage that led to the 2-0 lead.

The second period was way more of a balanced game, but wasn’t what the Nittany Lions needed after falling into a 2-0 hole. The frame ended 8-8 in the shots on goal category, and just when it looked like Penn State was going to escape the period unscathed, the Bulldogs struck again.

After failing to convert on a power-play opportunity, Yale scored with 20 seconds remaining in the period. Sophomore defender Vita Poniatovskaia scored her second goal of the season on a great shot that just snuck past Bothun to make the score 3-0.

Penn State had six minutes of penalty minutes in the period but could not convert, a crucial opportunity missed that resulted in an even bigger hole to dig out of.

The third period went better for Penn State than the first two, but it was too little too late.

The blue and white led 11-7 in shots on goal, but failed to actually convert on any of its shots. Yale committed two penalties in the period, but once again Penn State did nothing with those opportunities.

The end of the game came with a bit of a scare for the road team, when sophomore defender Karley Garcia went down with an injury with less than a minute left, resulting in a significant stoppage in play. She skated off the ice, but it is unclear what her status will be going into Game 2.

Penn State is going to have to come out with a completely different fire than it did in Game 1, if it wants to have any shot at an upset Saturday. The Nittany Lions lost in just about every category to the higher-ranked Bulldogs.

With the loss, Penn State falls to 10-6-1 on the season, and misses out on a big opportunity to climb up the rankings with a ranked win. The Nittany Lions will have another chance to do so though, facing off against Yale once again on Saturday at 3 p.m.