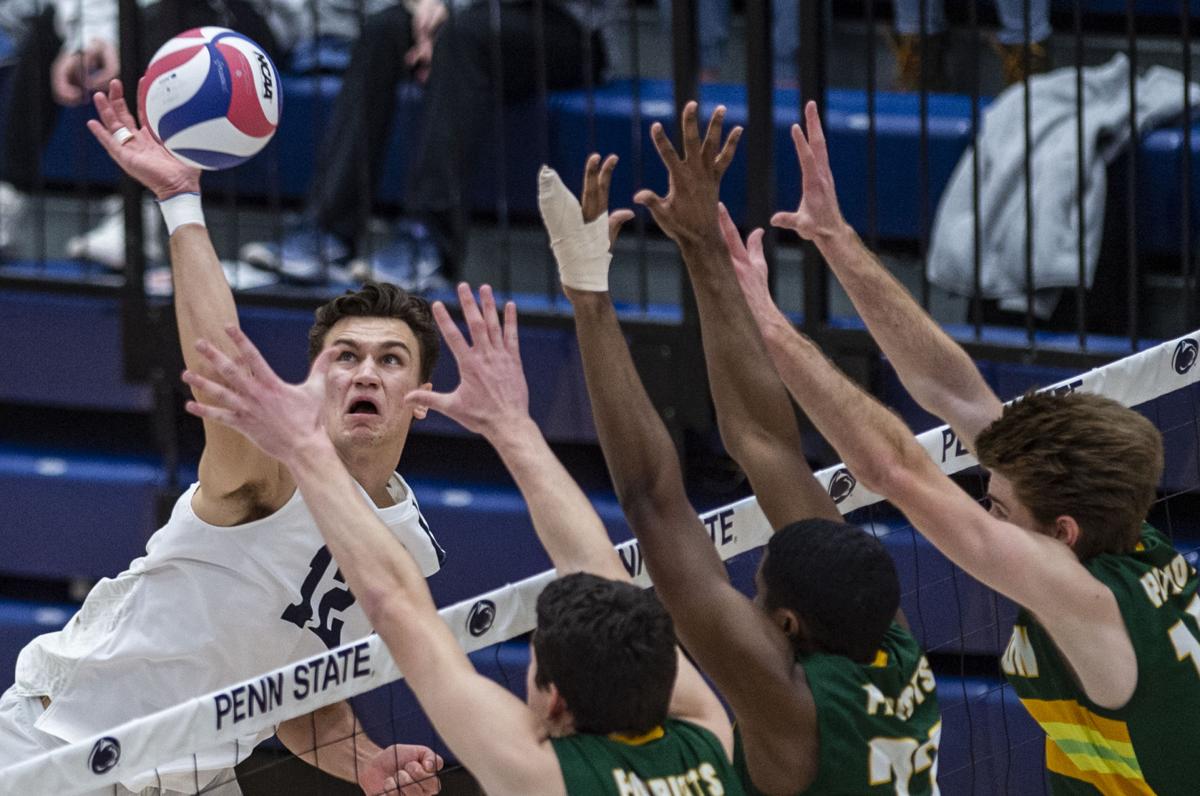 Outside hitter Brett Wildman (12) spikes the ball during the men's volleyball game against George Mason at Rec Hall on Friday, Feb. 28, 2020. 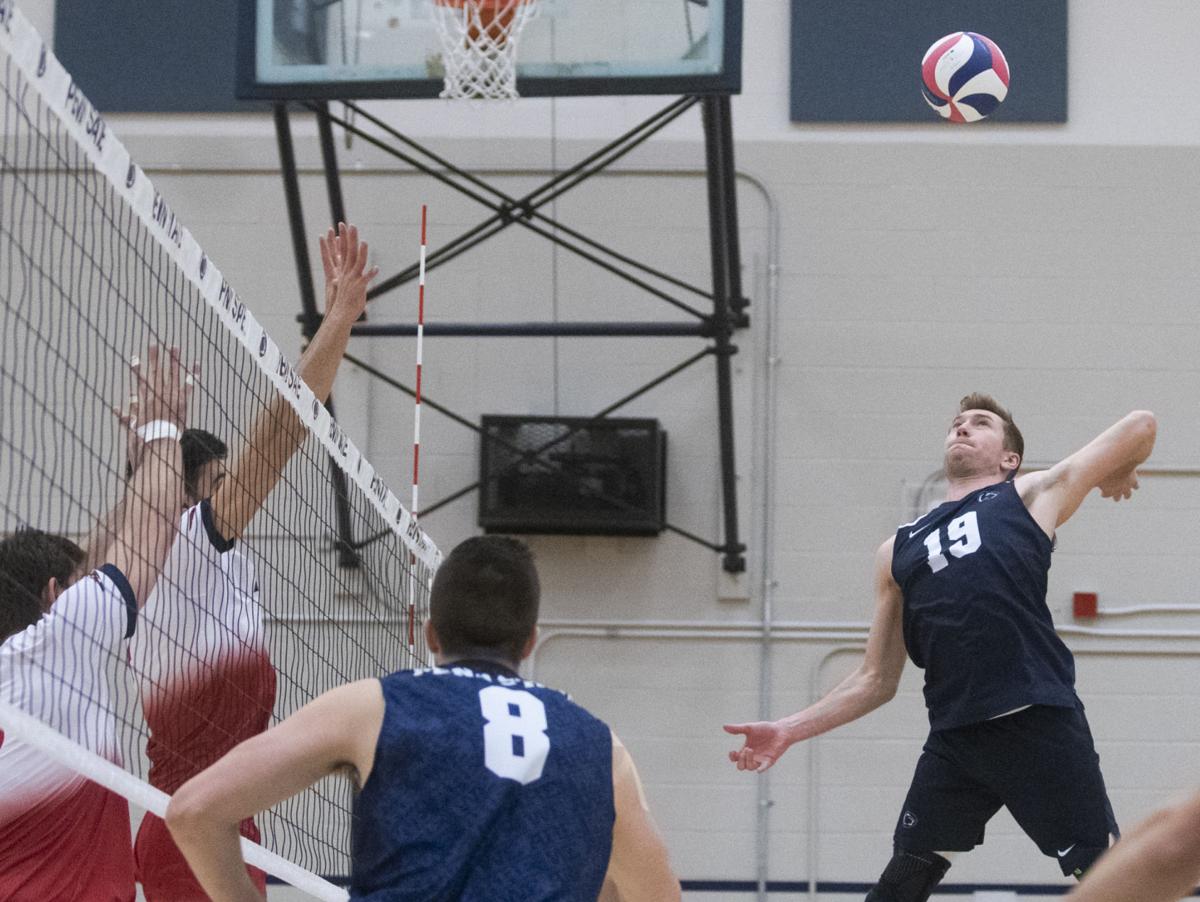 No. 5 Penn State kicked off the new year with a competitive match against No. 6 BYU in the 2022 season opener.

Coach Mark Pavlik and company coasted to a sweep against the Cougars to open the new campaign Thursday night.

Both teams came out hungry in the first set, but the Nittany Lions' versatile attacking abilities lifted them to a steady set-long lead. Penn State won the opening set 25-14.

In the second, the Cougars seemingly fixed their mistakes and grew in confidence in a 5-0 run for an early lead.

The Nittany Lions kept a close trail from behind, eventually finding a team rhythm to take a two-set advantage over BYU with a 25-18 frame.

Set three went in favor of the blue and white who carried over its energy from the previous sets to end the match 25-19.

Here are three takeaways from the match.

These standout players work alongside one another in harmony and each has a sixth sense when it comes to blocking a BYU offense.

Fisher put points on the board with 8 kills while also leading the team with 5 blocks on defense.

Success on the serving front

Penn State ended the night with 9 service aces, showing the team’s dedication and practice in this area during the off season.

Senior outside hitter Brett Wildman walked away with three of his own service aces for the night.

The blue and white’s ability to make digs led to its opponent only having one service ace of the match.

Penn State will see BYU again on Saturday, Jan. 8 in Rec Hall in the second leg of the season-opening series.

Following a 3-0 win against the Cougars, the Nittany Lions early-season win can’t predict the outcome for the match to come.

Pavlik’s team looks to add to a perfect start to its season at 7 p.m. against BYU before embarking on another home series against Grand Canyon on Jan. 13 and 15.

Penn State added to its preseason praise after ranking in at No. 5 in the AVCA Coaches' pres…

Coach Mark Pavlik’s squad outshined its competition throughout Thursday night’s sweep over BYU but especially from the service line.

Penn State began its 2022 campaign with a bang, as the Nittany Lions earned a sweep over BYU with the help of an unlikely source.