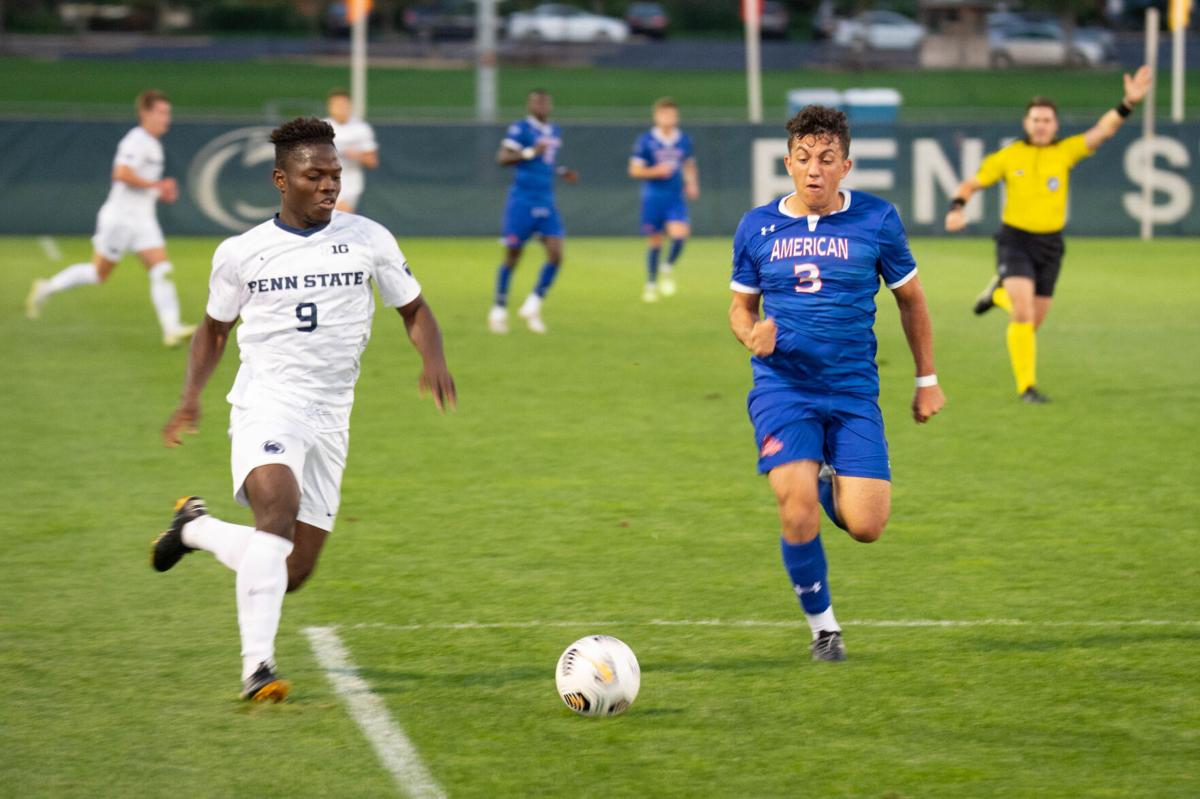 Forward, Danny Bloyou (9) runs for the ball during the game against American at Jeffrey Field on Monday, September 6, 2021. Penn State defeated American 3-1. 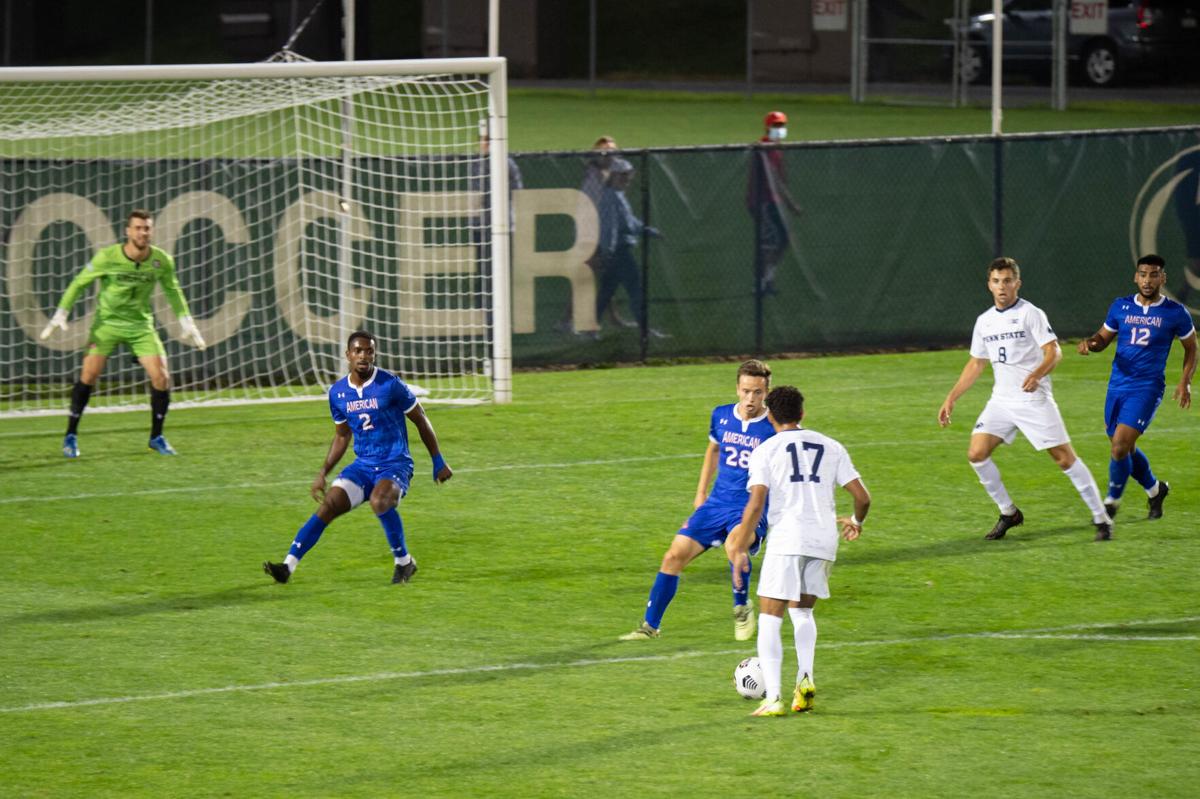 Penn State fell 1-0 to Pittsburgh in front of a packed house at Jeffrey Field on Monday.

About 5 minutes in, Pittsburgh’s graduate student defender Jasper Löeffelsend made a streaking run down the right side before delivering a perfect pass into the box.

Senior midfielder Rodrigo Almeida would finish off that service to put the Panthers up 1-0 on the first official shot of the game.

The Panthers were playing keep away from the Nittany Lions early on as they continuously passed around the blue and white, controlling the pace and possession.

Pittsburgh was producing an aggressive counter attack, and any time Penn State had the ball in its attacking half, the Panthers seemed to regain control and mount an offensive charge.

The Nittany Lions were able to garner an offensive drive in the final minutes of the first half, however, they were unable to find the equalizer.

The blue and white was able to carry over its momentum from the end of the first half as the team came out aggressive in the second set of 45 minutes, forcing the Pittsburgh defense to play on its heels.

Penn State was faced with a prime scoring opportunity early in the second half as senior forward Danny Bloyou went one on one with the Panthers keeper before being called offsides, derailing the attack.

Redshirt fifth-year senior Brandon Hackenberg was able to keep the deficit to one goal with a perfectly timed sliding tackle to block a short range shot from a Pittsburgh attacker late on.

For the fourth consecutive game, the Nittany Lions allowed their opponent to score the first goal of the match.

Although the blue and white were able to mount comebacks in two of those games, it was unable to do so against No. 15 Pittsburgh on Monday night.

These early woes continue to haunt the Nittany Lions, as they fall to 3-2-1 on the season.

Despite its typically potent offense, Penn State was unable to place a shot on goal until the final minutes of the first half against the Panthers. The team only produced two shots total and zero corners in the entire first half.

This paled in comparison to Pittsburgh’s eight total shots, three of which were placed on goal, and four corner kicks in the first 45 minutes.

Penn State came out of halftime with the attacking trio of Bloyou, junior Liam Butts, and sophomore Peter Mangione all on the field.

Mangione and Bloyou were the two top leading scorers from last year's team, and Butts led the team in goals as a freshman in 2019.

Jeff Cook was clearly searching for a more efficient offensive attack from his squad in the second half as it still trailed by one.

The halftime change worked in terms of offensive production, as the Nittany Lions were far more dangerous and consistent offensively in the second half.

However, Penn State was unable to find the equalizing goal in the final 45 minutes.

The first half was all Pittsburgh, as the Panthers controlled possession and applied constant pressure on Penn State’s defense.

The second half was basically the opposite, Penn State controlled possession for the majority of the half and created multiple scoring chances.

The difference came down to who took advantage of their opportunities, which the Panthers did early on by finding the back of the net and taking the lead.

Despite Penn State’s strong and persistent efforts to score the equalizing goal, Pitt would not give up its slender advantage.

The Pittsburgh defense was able to bend but not break as they blanked the Nittany Lions on Monday night.

Penn State was able to keep things positive after fighting hard in its game and playing rough despite coming out with a loss.

Trent Hillman is a men's soccer reporter for The Daily Collegian. He is a junior studying broadcast journalism with a minor in business.