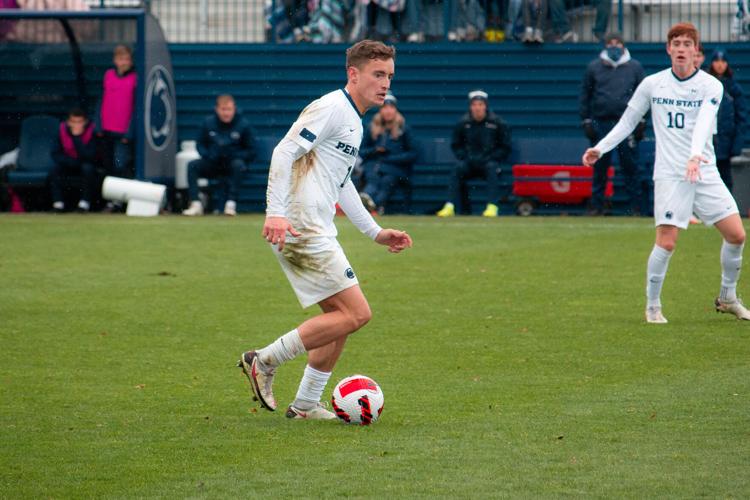 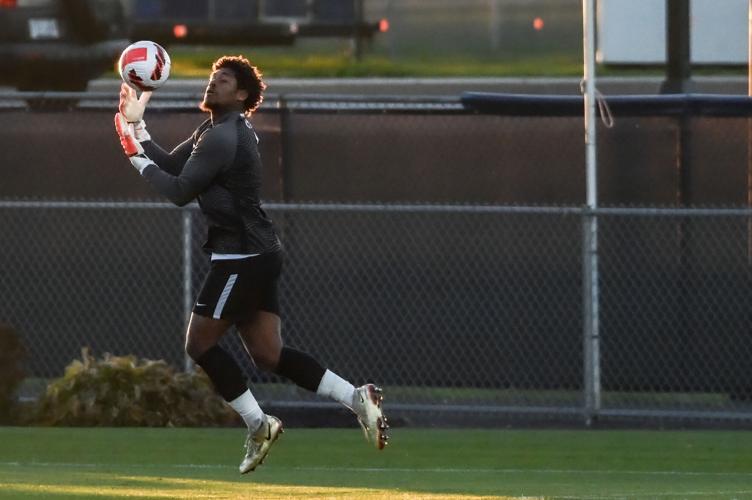 In what has seemed to become a trend for this year’s Penn State squad, it was another aggressive match on Friday night.

Unable to avenge last season’s loss, the Nittany Lions lost to Princeton for a second straight year, this time by a score of 2-1.

The blue and white dropped to 2-2-1 on the season after its first loss at home on the young season, while the Tigers got their first win of the season with the victory.

This proved to be a physical and somewhat confrontational matchup, including a shoving match between Penn State fifth-year senior defender Olu Ogunwale and Princeton senior midfielder Mateo Godoy.

Coach Jeff Cook stated that while the NCAA has made strides to make more calls on aggressive play(s), that was not the case on Friday.

“It’s a big point of emphasis,” Cook said. “Unless it’s done in real time, it has no value. Disappointed with the way the match was handled.”

The officiating was not received all too well by anyone on the Nittany Lions sideline, particularly by senior goalkeeper Kris Shakes.

Shakes saved five of seven shots faced for Penn State, and at several different points throughout the game had animated discussions with the referees on calls that he disagreed with.

Composure is something that the blue and white have stressed the importance of, and graduate student midfielder Seth Kuhn said that he felt that it was time and energy wasted arguing with the officials.

“It makes us focus on the wrong thing,” Kuhn said. “Referees are going to make their decisions, and they’ll never change their call just because a player argued with it.”

On the attacking side of the ball, the blue and white were able to muster up just three shots on goal, converting on just one of them against sophomore goalkeeper William Watson, who made his second start of the season for Princeton.

Neither team seemed to be able to get anything going offensively for the duration of the first half.

Peter Mangione has added two more items to his long list of accolades.

It was the Tigers who drew first blood on a goal from Godoy, and Penn State was able to even the score just before halftime after senior defender Alex Stevenson scored his first of the season.

Senior midfielder/defender Ryan Clare gave Princeton the lead for good with a goal with just over 20 minutes to go in the second half.

Kuhn appeared to score the tying goal with just over a minute remaining in the second half, but it was waved off after an offside was called.

Despite several close chances, Penn State came up empty-handed in the second half and came out of this game without recording a point.

One thing has become abundantly clear with this year’s Nittany Lion squad, and that is that nothing will come easy for the opposing team at Jeffrey Field.

The talent is certainly there for the blue and white on the field, while its fan section does its part to involve itself into the game as well.

With covid restrictions now in the rear view mirror, the Park Avenue Army student section has been filled to capacity for each home game this season, and their impact on the game hasn’t gone unnoticed. The Park Avenue Army will get two more chances to make their presence known on this home stand.

Cook stated that the support of not just the student section but the community as a whole has done wonders for the program.

“It means everything to us,” Cook said. “The Park Avenue Army are becoming, to me, one of the best student sections in the entire country.”

“We really appreciate it, and we’re gonna need everyone again on Monday night [against Lehigh] to rally. It creates a special atmosphere for our players.”

Peter Mangione has added two more items to his long list of accolades.

Each year, hundreds of thousands of student-athletes begin training months ahead of their scheduled season-openers, whether that be with their…