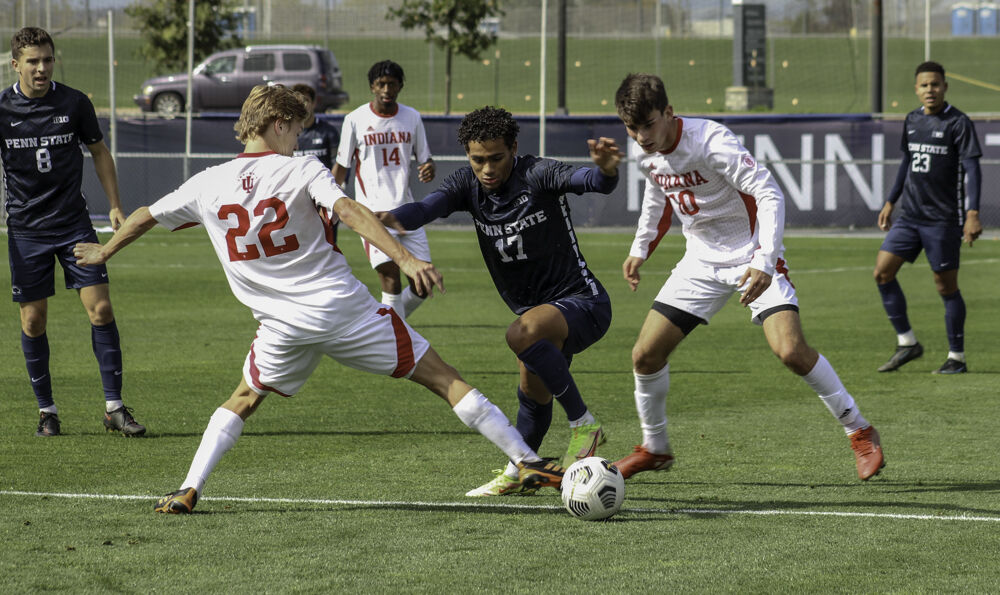 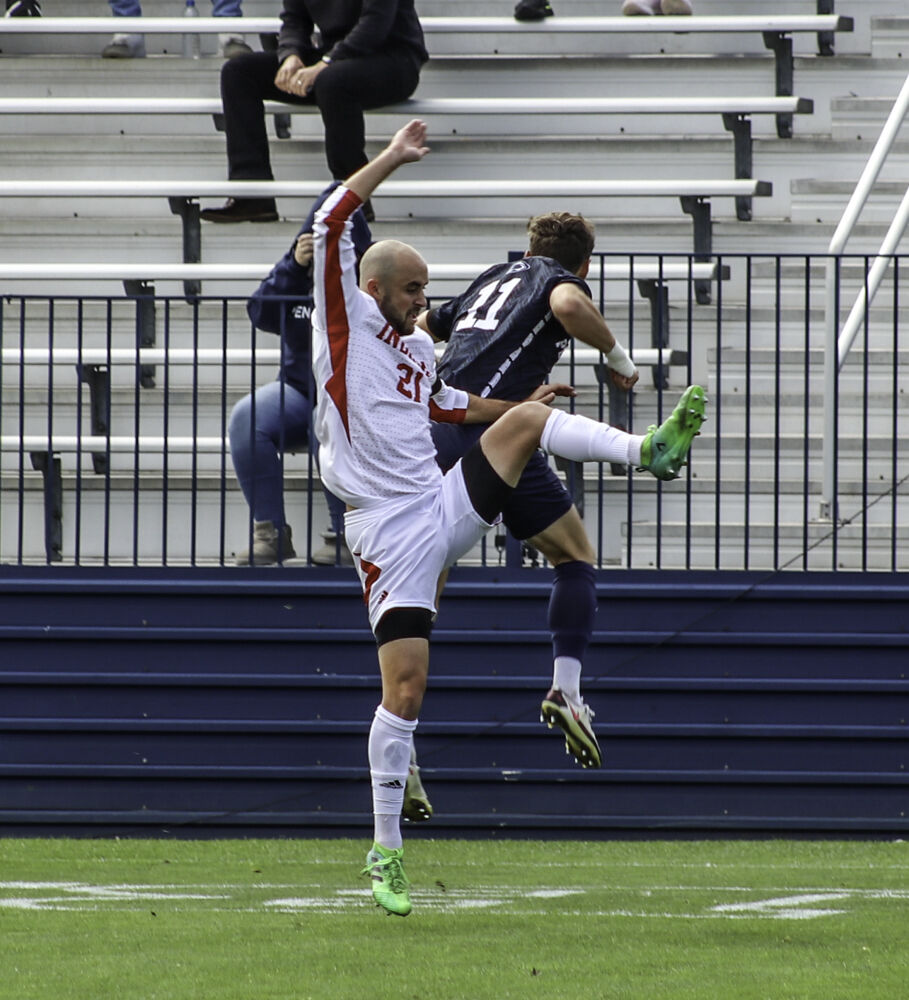 Penn State put the finishing touches on its prolific Big Ten season in 2021 on Sunday.

The Nittany Lions dominated Indiana by a score of 3-0 to win the Big Ten Tournament Championship on Sunday.

The tournament victory means it was a clean sweep across the board for the team as it also won the regular season championship.

It was a historic game for Penn State, as it was its first Big Ten Tournament Championship since 2005.

Since 2005, the Nittany Lions had gone 0-4 in Big Ten championship games, including last year's loss to the Hoosiers on penalty kicks.

Meanwhile Indiana had won three consecutive tournament titles from the 2018-2020.

The victory also marked the Nittany Lions’ first win over Indiana since 2015. Before Sunday’s game, Penn State had lost seven straight games against the Hoosiers, including a regular season loss on Oct. 17.

Penn State coach Jeff Cook gave credit to Indiana after the game not only for its performance in the championship but also for its years of success.

“I think it's important to acknowledge Indiana and coach [Todd] Yeagley, his staff and his players. That's an unbelievable team and a great program,” Cook said. “Their tradition and their success speaks for itself.”

Senior midfielder Pierre Reedy joined the team in 2016 and had never defeated the Hoosiers throughout his six year Penn State career.

Reedy felt this team was destined to finally accomplish that feat.

“I was just telling the guys that it’s just meant to be. I’ve been here six years, and we lost last year at their place in this game,” Reedy said. “We were due, and we finally got our opportunity. We took advantage of it, and the guys balled out so I'm really proud of them.”

Cook believed his team had some additional motivation to come away with the win on Sunday after losing last year’s Big Ten Championship to Indiana.

“I can't deny there was an extra bit of motivation to turn it around against Indiana and finally get a victory against them,” Cook said.

Cook said he was watching the Big Ten semifinal match between the Hoosiers and Northwestern, wondering which team he and his squad wanted to play.

“I was mixed on that,” Cook said. “But these guys have wanted to play the best teams they can compete against, and Indiana is certainly in that category.”

Penn State outscored its opponents 7-0 in the Big Ten Tournament, displaying a high level of soccer both offensively and defensively.

Reedy spoke about this and how everybody on the team, no matter their role, is doing their part.

“Every single person, whether they're subbing in or in the game, is just dug in and giving 100%,” Reedy said. “There's a desire to just come out and be the best we can be.”

Since the team won the Big Ten regular season championship and earned the No. 1 seed in the tournament, it had the advantage of playing every game in front of its home crowd.

Sophomore defender Tyger Evans, who turned in a stellar performance in the championship game with a goal that put the Nittany Lions ahead 2-0, discussed how influential the blue and white faithful had been throughout the tournament.

“It’s just a huge impact. Anytime people come here and support us — we feel it,” Evans said. “They lift us up at every moment.”

Cook agreed with his defender, praising the fans for the passion and commitment to every minute of every game.

“I can't overstate how much of a difference it makes when you come out of the locker room and you hear the noise, the support and enthusiasm. It makes a difference. It really does,” Cook said. “We talk about energy, and the coaches talk about having the willingness to run and compete.

“When you know that crowd support is behind you, it drives you forward.”

Penn State beat Indiana in a shutout at Jeffrey Field today, but it could not have been done without starting junior goalkeeper Kris Shakes.

Penn State was selected to participate in the 2021 NCAA Tournament as the Nittany Lions look to secure a treble of titles on the year.

Following its first round bye, 12th-seeded Penn State will take on Hofstra in the second round of the NCAA Tournament on Sunday.