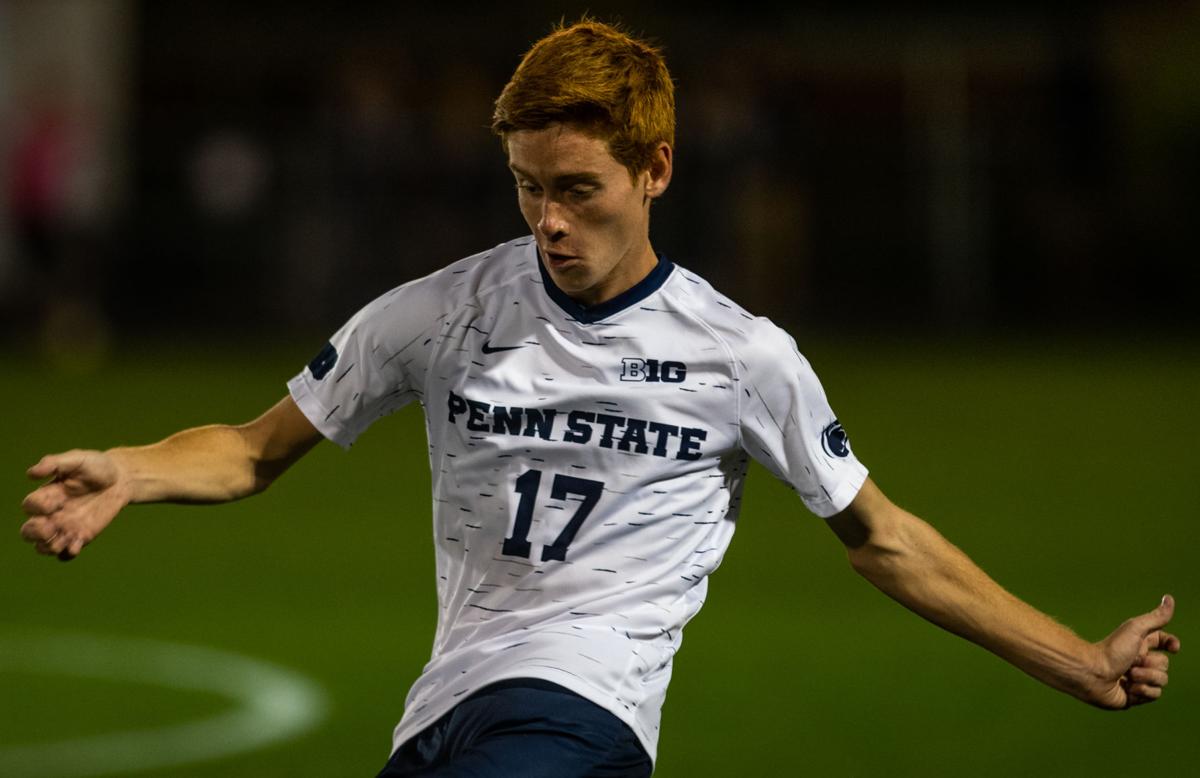 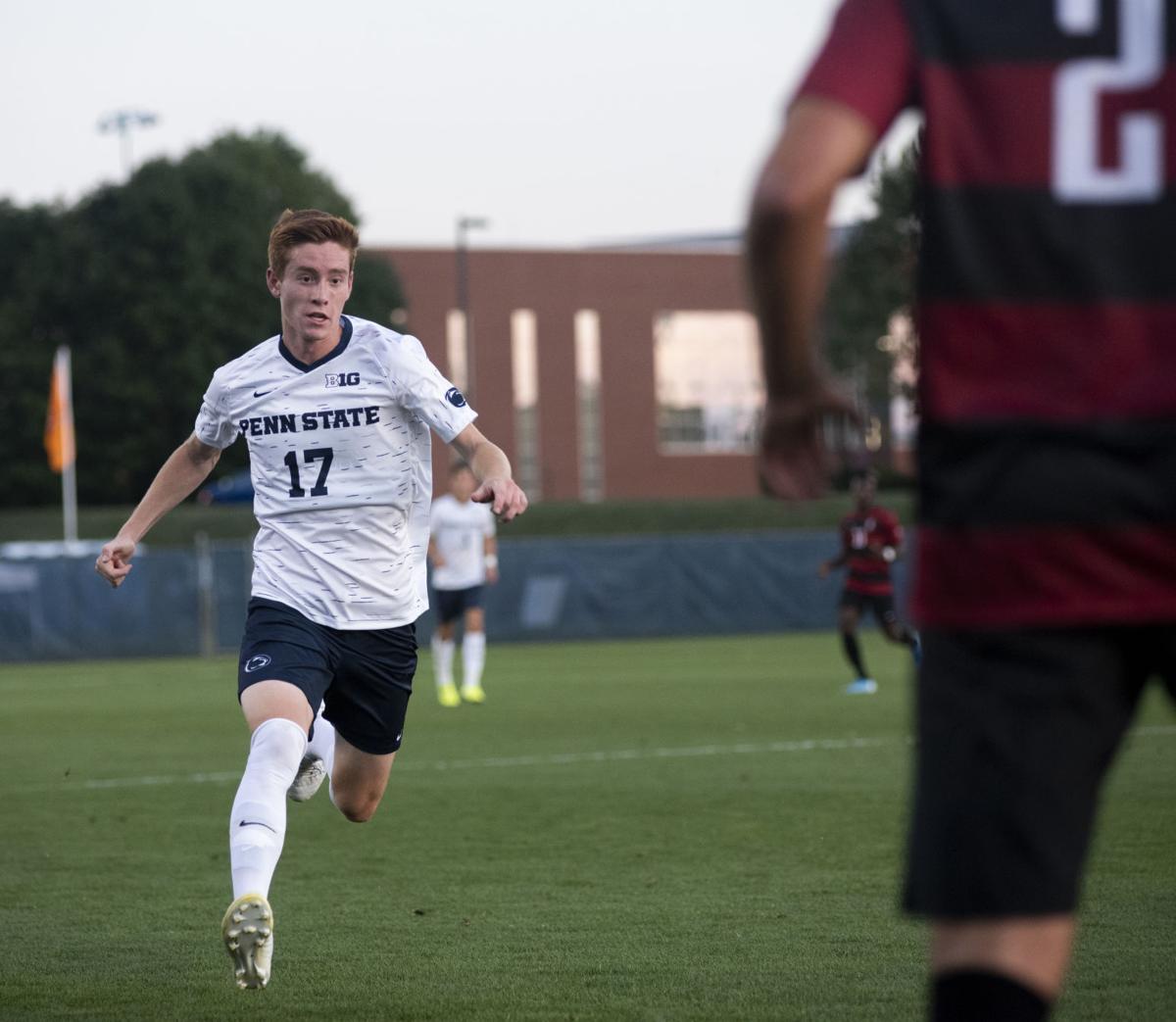 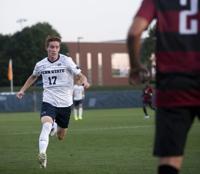 Midfielder Seth Kuhn (17) pressures a Stanford defender during the men's soccer game against Stanford at Jeffery Field on Aug. 30, 2019.

Seth Kuhn gambled on himself.

The midfielder from Wyomissing, Pennsylvania, played college soccer at national powerhouse Duke a season ago.

Kuhn played in all 18 games for the Blue Devils last year and started seven times for a team that made a trip to the Sweet 16.

But he still wasn't happy, so he took a chance and reunited with former Philadelphia Union Academy coach and current Penn State coach Jeff Cook.

Even though Kuhn didn't envision himself donning a different blue and white jersey, it's been beneficial to both Kuhn and an up-and-coming Penn State team that he changed scenery.

“It was hard, because going to Duke, I didn’t think that I would be coming to Penn State,” Kuhn said. "Obviously that’s not how it is when you commit, but things weren’t working out there.”

Soccer is a mental game just as much as a physical one, and adjustments are a key part of that.

However, all soccer isn’t played the same.

Kuhn has had to adjust to a multitude of aspects both on and off the field when he made the move from Durham to University Park.

Transferring in itself is a tough task for any student, but being a Division I athlete presents its struggles as well. A team's style, academic program and the coaching staff are just a few factors that have a role in a transfer decision.

“When I was looking at options, I was looking at Penn State and I just tried to find a place where I felt I was going to be comfortable and where I had a coach that I could trust,” Kuhn said. “That’s what I found in [coach] Jeff [Cook] and in Penn State.”

While the adjustment from Duke to Penn State was a major life change, Kuhn found the transition to be easier than expected.

“I had already known some of these guys through Reading United in the summer, and even playing with them in the academies,” Kuhn said. “It was honestly, kind of seamless.”

The transition from high school to college is daunting in itself. On the other hand, transferring after having a year of experience at Duke paid dividends for Kuhn.

In fact, Kuhn mentioned how his time at Duke made his transition a lot smoother.

“Having that year of college experience at Duke, coming in here and knowing what the lifestyle is going to be like of a college athlete made that very easy,” Kuhn said.

Cook and his staff make note of incorporating new players into a new environment and that they are in the right mental state.

In Kuhn’s regard, his relationship dates back to the days when Cook was a coach at the Philadelphia Union academy.

“I think patience is key with that and to understand how we want to approach the game,” Cook said. “I’ve coached Seth before, so there’s some familiarity there, but I think Seth can play a couple different roles and his passing quality is really key.”

With that familiarity on the field, Kuhn has been able to focus on developing a routine that works for him.

Establishing a level of comfort early on, Kuhn was able to make the transition to Happy Valley a successful one.

In Penn State’s 2021 Blue-White rendition, the team’s first performance in front of fans since 2019, those in attendance were able to witness what an offense run by new offensive coordinator Mike Yurcich could look like.