You are the owner of this article.
Edit Article Add New Article
You have permission to edit this article.
Edit
Home
Latest
News
Sports
Football
Opinion
Lifestyle
Multimedia
Join
Subscribe
Share This
Men‘s Soccer • Click for more stories •
1 of 3 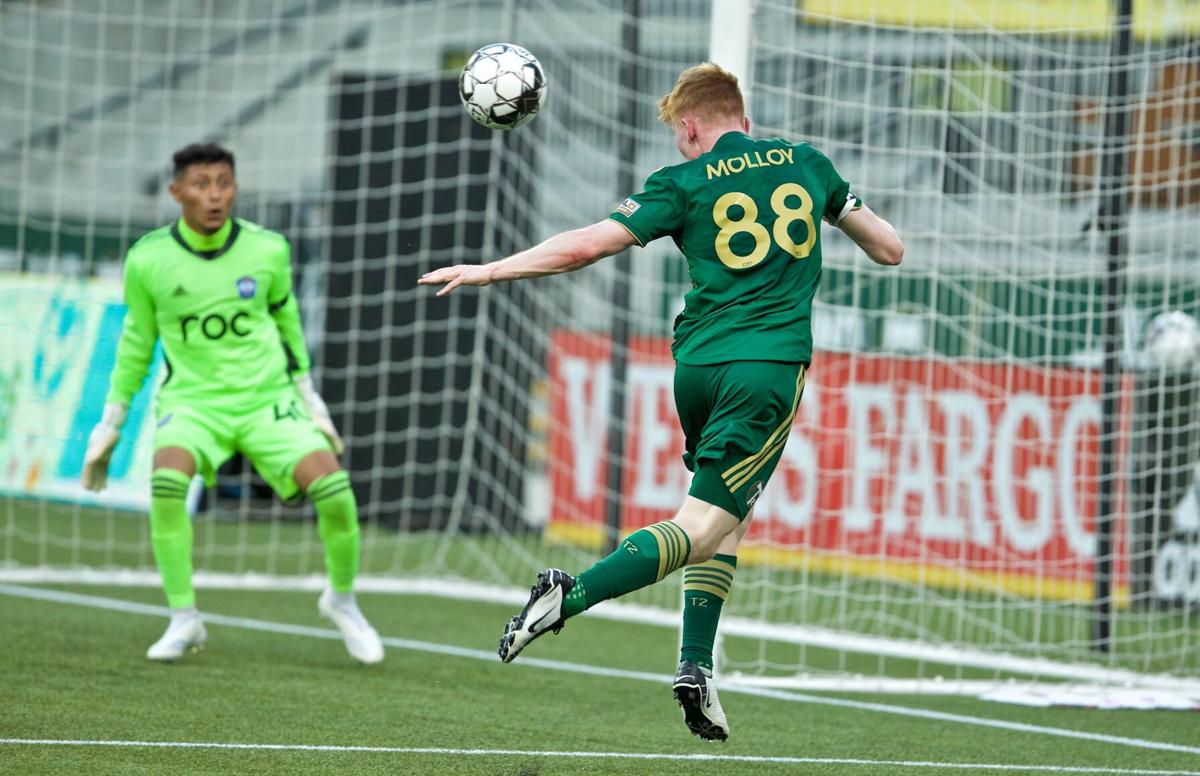 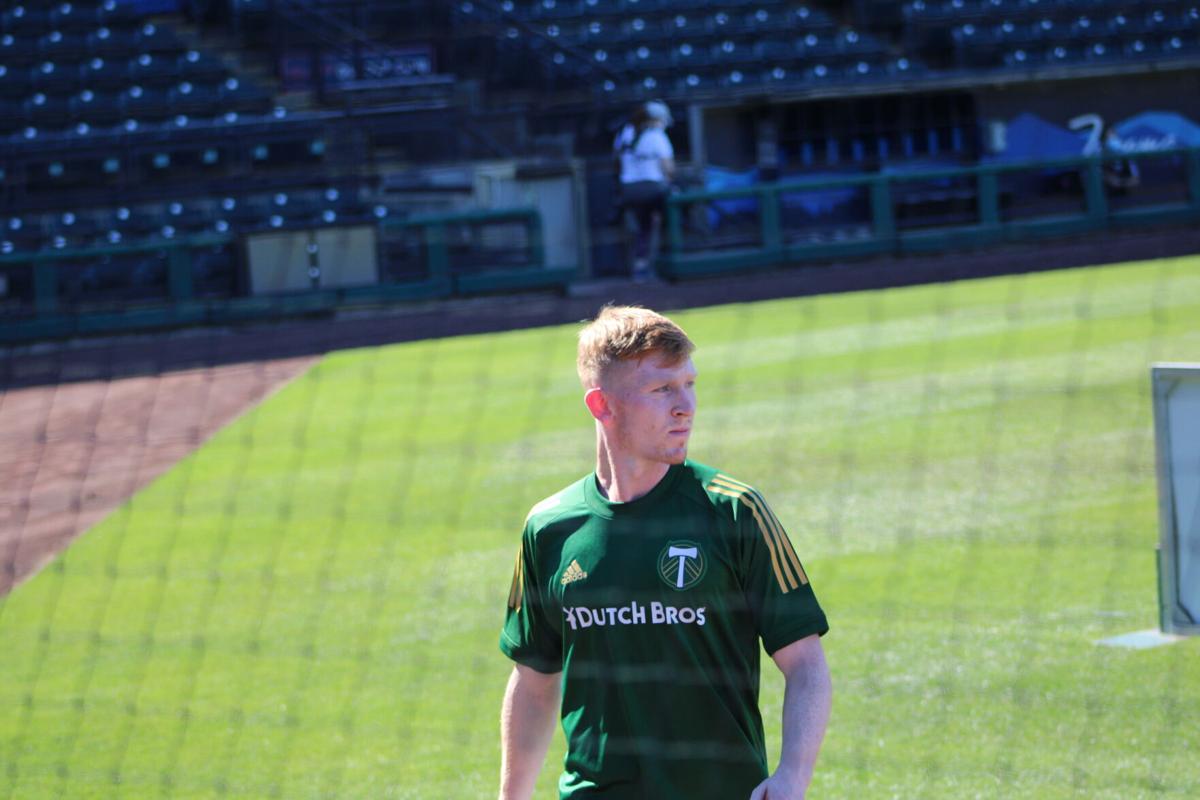 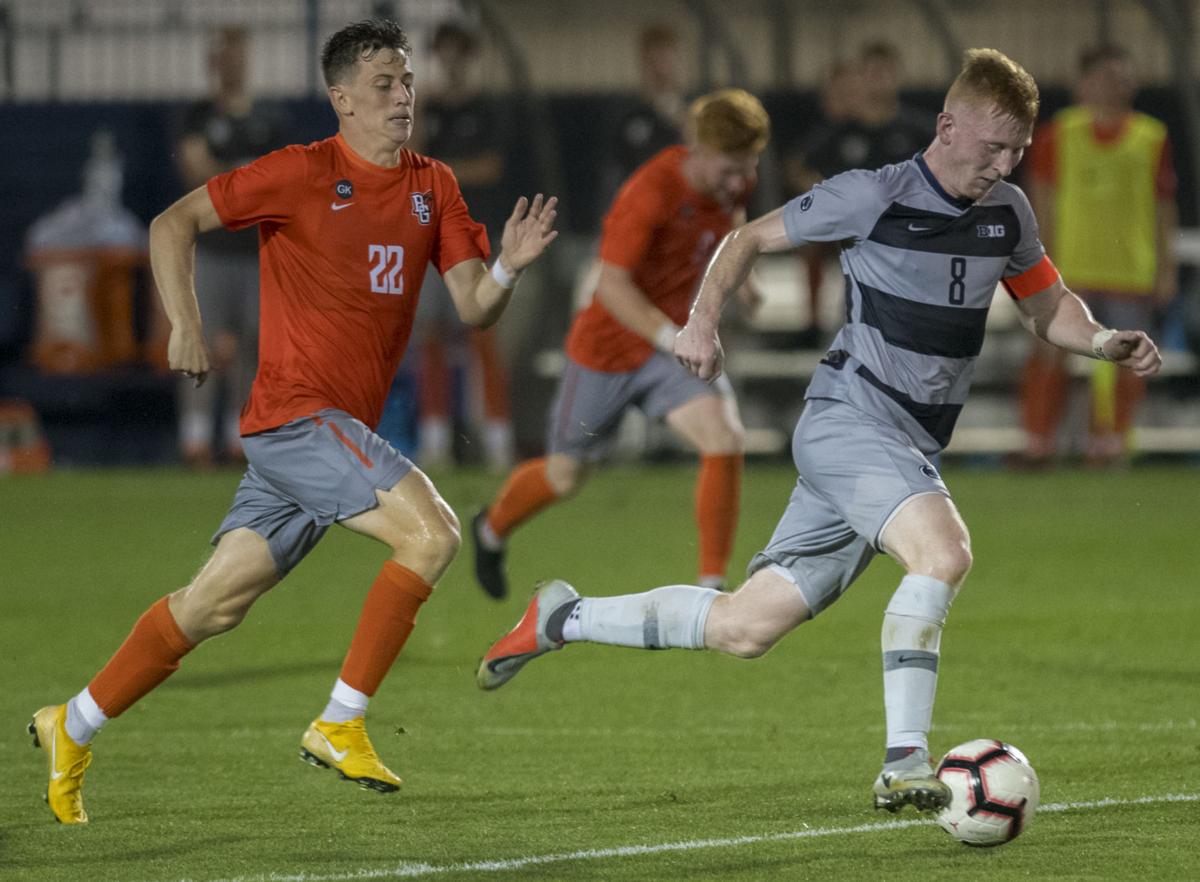 Aaron Molloy didn’t start his collegiate career as a Nittany Lion, yet after three years in University Park, the Portland Timbers 2’s midfielder credits Penn State for the successful start to his professional career.

Despite starting every game as a freshman at Keiser University in Florida, the Irish-born Molloy consulted his former club coaches about how he wanted to take his game to the next level.

Then with an opportunity from Penn State to play better competition in the Big Ten, Molloy took a leap of faith.

“I wanted to play at the highest level I could at the collegiate level and I went on a visit to Penn State,” Molloy said. “Ever since then, I knew I wanted to spend the rest of my collegiate career there. I fell in love with the school, the campus, the athletics from day one.”

At a time when the men’s soccer program was searching for an identity, Cook said Molloy was a key cog in the coach’s long term plans.

“He deserves a lot of credit for embracing our change of direction in the program and embracing our advice and guidance,” Cook said. “What we tried to do is create an environment where he and his teammates could thrive, and he took full advantage of that.”

After five goals in his first two years at Penn State, Molloy exploded in his senior campaign. Molloy led Penn State in points with 24 and was tied for the team lead with nine goals.

Though Molloy’s statistics speak for themselves, Cook believes the two-time Penn State captain’s fitness is what made him a team leader. Cook said Molloy would run 12-13 miles on average during a college game and would become almost physically ill postgame.

“That sort of commitment and intensity of effort is what our team is built on,” Cook said. “Having a player like Aaron just sets a standard for himself and his teammates, almost to an extreme where it was a standard almost no one could live up to. He was just a great example for everyone to see.”

Still, Molloy’s Penn State career ended on a sour note when the Nittany Lions lost in overtime to the Providence Friars in the NCAA tournament. With just two months until the MLS SuperDraft, Molloy had to prepare for the professional ranks and ultimately left his senior spring semester behind.

While on the pitch at Penn State, Molloy left an impression on the Portland Timbers. The pacific northwest club got to know Molloy personally at the MLS College Showcase and targeted him in the draft.

With the 16th pick in the draft, Portland selected Molloy and assigned him to their United Soccer League affiliate Portland Timbers 2. Molloy has started a pair of games and played the full 90 minutes in each since the league resumed play.

Head coach Cameron Knowles believes Molloy has held his own in the early stages of his professional career.

“[Molloy]’s a guy that’s very hard working,” Knowles said. “He does the things that we’ve asked of him and that’s exactly what we want. He’s a guy that wants to get better and he’s striving to improve.”

Cook has commended Molloy for his consistency, reliability and determination from the midfield spot. Knowles has picked up on all three attributes and said Molloy’s desire to improve is what stands out most.

“He’s not shy about asking questions, which I think is going to accelerate his development,” Knowles said. “He’s got a lot of positive qualities. If he can continue to be dedicated, he’ll definitely see improvement in his game.”

The transition from collegiate to professional soccer doesn’t come without adjustments. Knowles wants Molloy to be more active in possession, and Molloy has noted a significantly faster pace with Portland, which he really enjoys.

Molloy may miss his close friends from Penn State like former teammates Nicholas Rieple, Pierre Reedy, Brandon Hackenburg and Keegan Ness, but they have all left an impact on Molloy’s soccer life.

The Penn State men’s soccer program helped catapult Molloy to the professional position he is in today.

So long as Molloy continues to improve, a coveted spot with the Timbers’ top division team may grow nearer.

“I want to play at the highest level possible and certainly the MLS is my dream,” Molloy said. “It was always a dream of mine to play professional soccer, ever since I was a kid.”

Just a season ago, both Penn State’s men’s and women’s cross country teams made it to the NCAA Regionals.

How are Penn State club sports preparing to return this fall under unprecedented circumstances?

Much uncertainty remains for the fall semester regarding classes, athletics and campus life. But Penn State’s club sports teams will still try…

Less than a month after former head coach Amanda Lehotak resigned, the search for a new head coach is over.

College athletes are asking for rights that are long overdue | Opinion

College athletes have been using their voices and their platform more than ever before.

One of Penn State’s top future recruits is no longer committed to the program.