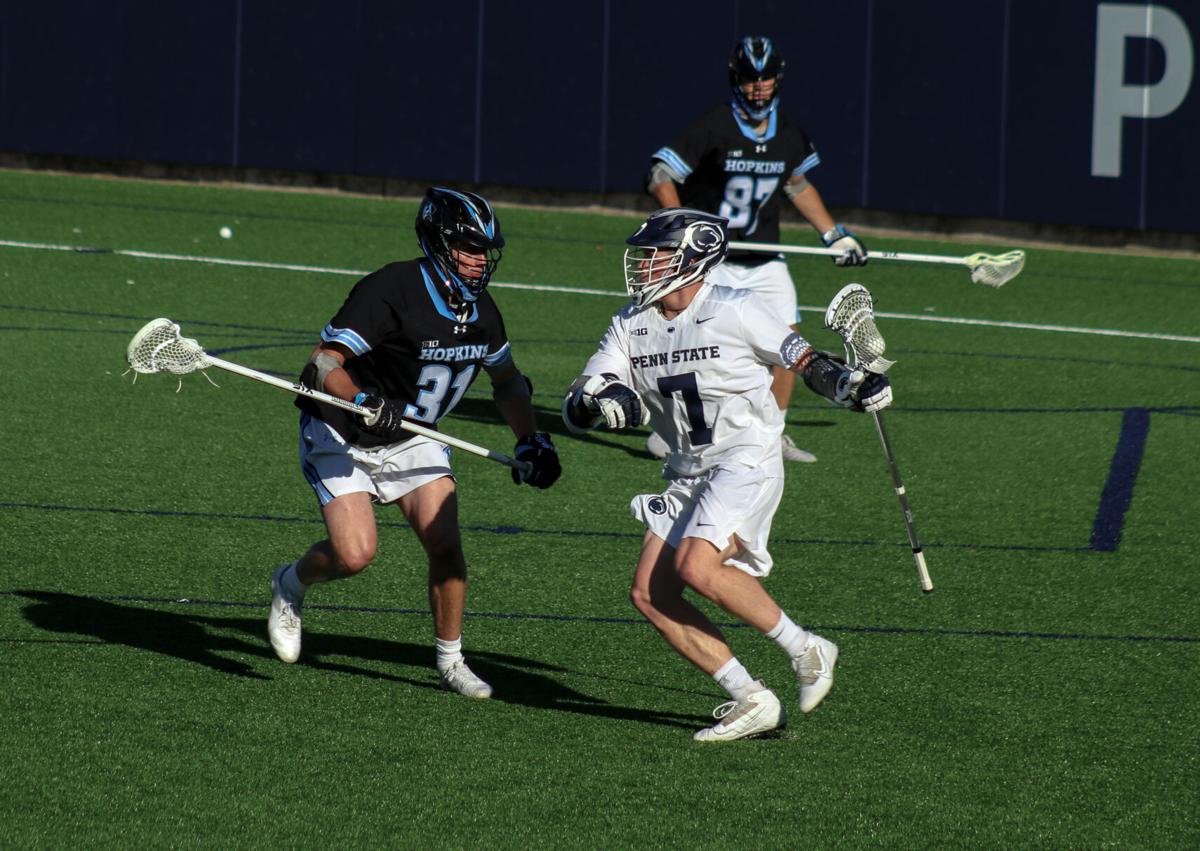 Attacker TJ Malone (7) tries to pass to a teammate but is blocked by Defenseman Owen McManus (31) during the Penn State Mens Lacrosse game against Johns Hopkins on Saturday, May 1st 2021, at Panzer Stadium in University Park, Pa. The Blue Jays defeated the Nittany Lions 15-7. 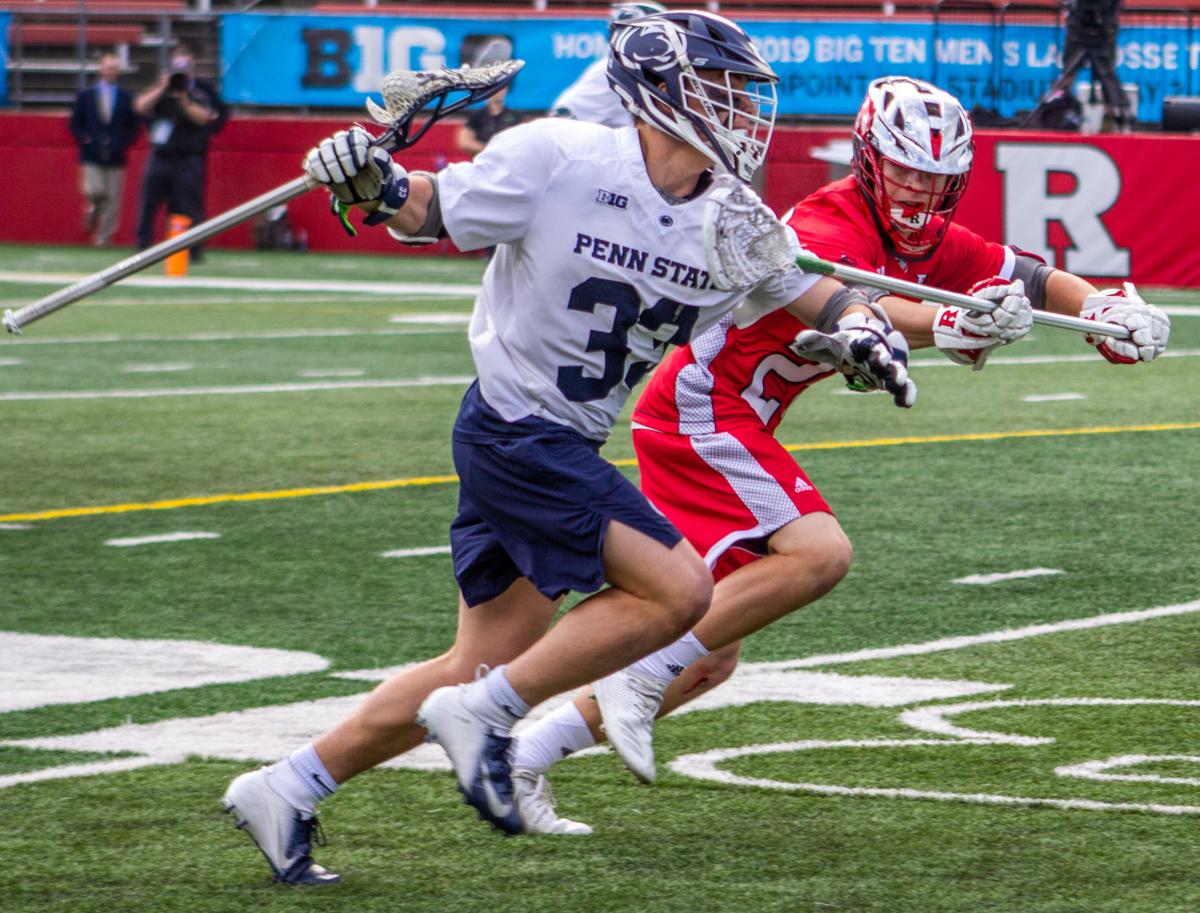 Jack Traynor (33) moves around a defender during the B1G men's lacrosse semifinal at HighPoint.com Stadium in Piscataway on Thursday, May 2, 2019. The no. 1 seed Nittany Lions defeated the no. 4 seed Scarlet Knights 18-6.

It’s no secret that the 2021 season was one Penn State would like to put behind it.

The Nittany Lions finished three games below .500 with a 4-7 record, losing their matchups by an average margin of 3.4 goals.

The blue and white wound up among the bottom of the Big Ten in terms of goals per game, assists and points last season.

Making up for the loss of former standout attackman Mac O’Keefe is going to be a challenge for this year’s squad, especially on the offensive end of the field.

However, despite the monumental loss of O’Keefe’s skillset and leadership qualities, there are plenty of experienced attackmen remaining on the roster who are certainly capable of filling in the void.

Senior attackman TJ Malone is one of those who could step up after finishing eighth in the Big Ten last year in terms of goals per game with an average of 2.27.

Malone was O’Keefe’s main accomplice last season, as the two finished within the top 10 in the conference in goals per game, points per game and shots per game.

Although Malone will, in all likelihood, carry much of the weight for this year’s Nittany Lion offense, he will be joined by many other talented players on the offensive side of the ball.

Along with Malone, seniors Seamus Glynn, Joe White and Jack Traynor make up the veteran quartet for the 2022 Nittany Lions, each bringing their own seasoned skillset to the table.

Leading the less-experienced Nittany Lions will be pivotal for the aforementioned veterans, as the rest of the attack features a plethora of youth.

The lone junior attackman on this year’s roster is Jackson Reynolds.

Reynolds played in eight games for Penn State last season, including his first career start against Ohio State where he scored one goal and dished out an assist.

The duo of Canyon Birch and Jake Morin represent the sophomore attackmen on the roster.

Birch sustained an injury during his freshman season and opted to utilize his medical redshirt in 2020.

Before coming to Penn State, Birch was New Jersey’s all-time leader in points and goals, and Inside Lacrosse ranked him as the No. 15 recruit.

Morin was named an All-American in high school and led Garnet Valley to two state semifinals over his junior and senior seasons.

Kelly was most notably named the 2021 New Jersey Attackman of the Year after scoring 53 goals and racking up 13 assists during his senior season at Bergen Catholic High School.

It will be important that each of these youngsters remain ready to be thrown into the mix at any given time this spring.

Each of the seven freshmen come from prestigious high school lacrosse programs that generate high-level talent year in and year out, including schools like Malvern Prep and Boys’ Latin.

Adjusting to the college level will certainly be a learning curve for each one of them, but the team will have little choice but to play them.

Last year’s roster featured just three true freshman attackmen, and one redshirt freshman, as the rest of the group was made up by upperclassmen.

The Nittany Lions will have to rely heavily on the expertise and knowledge of seniors like Malone to take the underclassman under their wings in order to put points on the board.